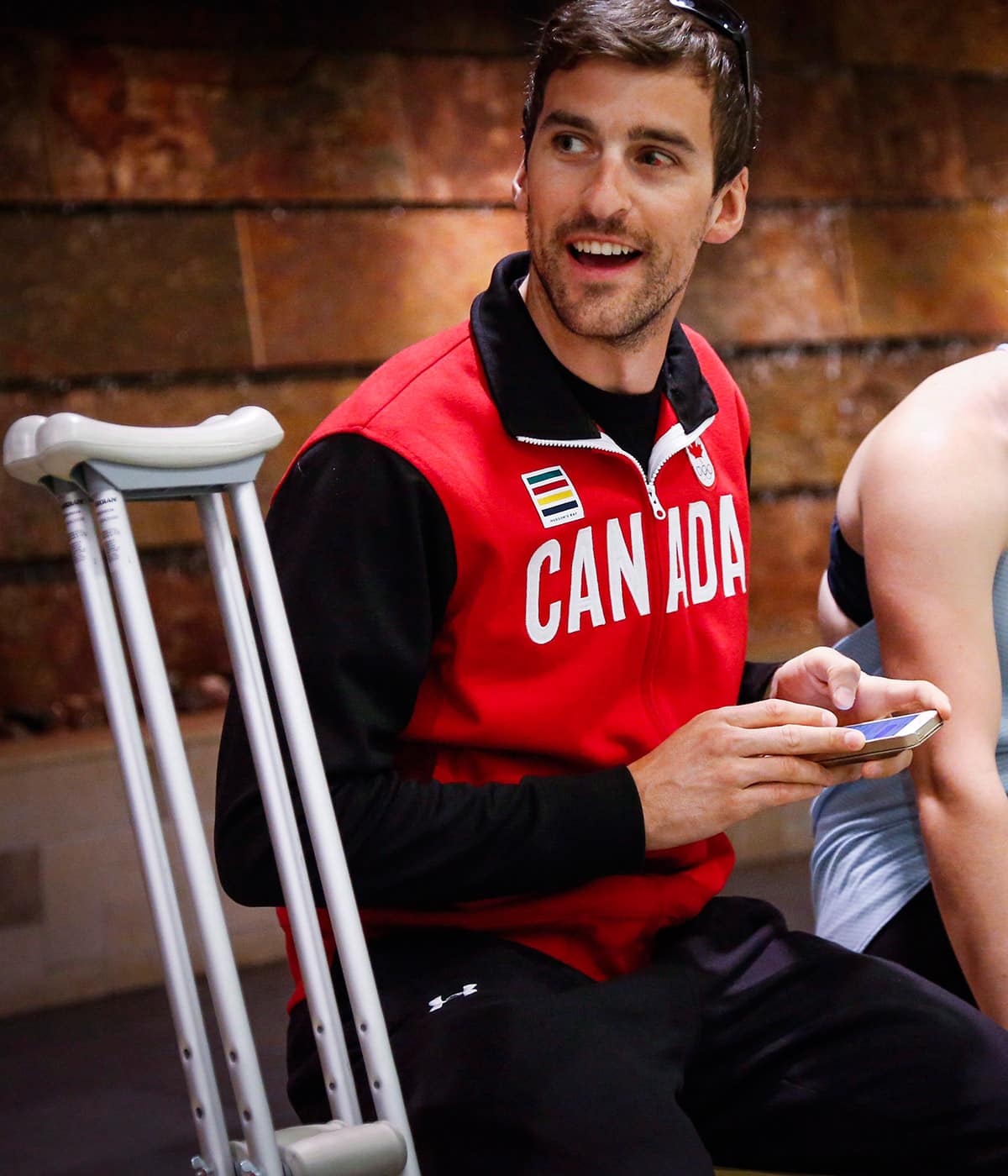 Denny Morrison to Mark McMorris: Broken femur made me unbreakable

I heard through the social media grapevine that you snapped your femur in a Big Air competition about three weeks ago.

Along with being a member of Team Canada, winning an Olympic bronze medal in Sochi, and having a last name that includes (in part) "Morris," a broken femur is one more thing we now have in common.

On May 7, 2015 I had a broken-femur-inducing motorcycle collision with reality.

If our injuries were judged like a Big Air competition, you'd beat me on total height and speed. While our manoeuvres in the air were similar, you completed three more rotations and actually landed on your snowboard — almost.

I landed on my face.

I think the judges would have given me the win, however, based on bonus points for originality and gnarly injuries, including fractures in my elbow, knee cap and spine, internal bleeding and a concussion.

It’s not a victory I will cherish anytime soon. I hope that, even in your short time in rehab, you have already seen improvement.

The fall where Mark McMorris broke his femur.

As this X-ray shows, Morrison had a steel nail surgically implanted to stabilize his right leg. (Photo courtesy Denny Morrison)

Sometimes recognizing any one improvement — no matter how subtle or minuscule — it was all that kept me going at times.

The problem is that sometimes those minor improvements are so subtle they can't realistically be noticed from day-to-day.

My method of reliably proving to myself that I’ve improved has been through a massive, indescribable, and ridiculous amount of patience.

The patience where reassuring myself that improvements were happening — despite my lack of immediate evidence of such claims — was a requirement for weeks at a time.

Then, some weeks or months later, I could compare how I felt, what ranges of motion I could achieve, and what tasks I could do, relative to my own recollection from the weeks prior.

So far, I realize I'm probably not sounding very encouraging. But the important message here is to know that things WILL continue to improve!

The tricky part happens next.

I assume you're approaching this phase of your recovery soon. It's the part where you say to yourself "oh yeah, I can do this certain motion pain free now. I've improved so much! I'm going to see what other tasks I can achieve as well!"

And before you know it, some pain has reappeared and it feels like after all those months and all that patience, you've suddenly moved backwards by a pile of weeks for some reason.

Morrison knows first-hand how frustrating rehab is, but it’s all part of the process of recovery.

Maybe your experience in dealing with this will be different than mine, but for me, all of those fine-tuned muscles that I use to balance on a skate blade (or a snowboard), have gone unused for months and wasted away, which have led to some setbacks beyond the initial injuries themselves.

But, that regression only happened because of trying to restrengthen the very muscle required to do that movement without causing another regression.

But slowly — and I do stress slowly — I've begun to notice that these regressions have become less painful.

It's gotten to the point where I can tell my knee isn't happy about a certain movement I'm attempting, but I’ll only have to ice it and maybe take a day off to let it settle down, rather than several days or weeks as I had to patiently deal with earlier in my recovery process.

Early in my rehab, I also learned a lot from watching members of the Canadian alpine ski team working hard to overcome their injuries, as well as listening to their stories about lists upon lists of injuries and surgeries.

So, while I'm sure your physio has told you much of this already, I’m just hoping to reassure you that you aren't the first Olympian who has gone through something like this and to let you know that if you ever need some support from another member of Team Canada, who’s working hard through injury and looking toward the next Olympics at the same time, I'd be there to share my experience with you.

Rehab is super frustrating and can be really slow and monotonous, but if you work hard with your physio team and trust that setbacks are part of the process, I promise you will be able to compete again and perform at the highest level.

And that is truly where the fun is, isn't it?

Good luck Mark, and see you in Pyeongchang.