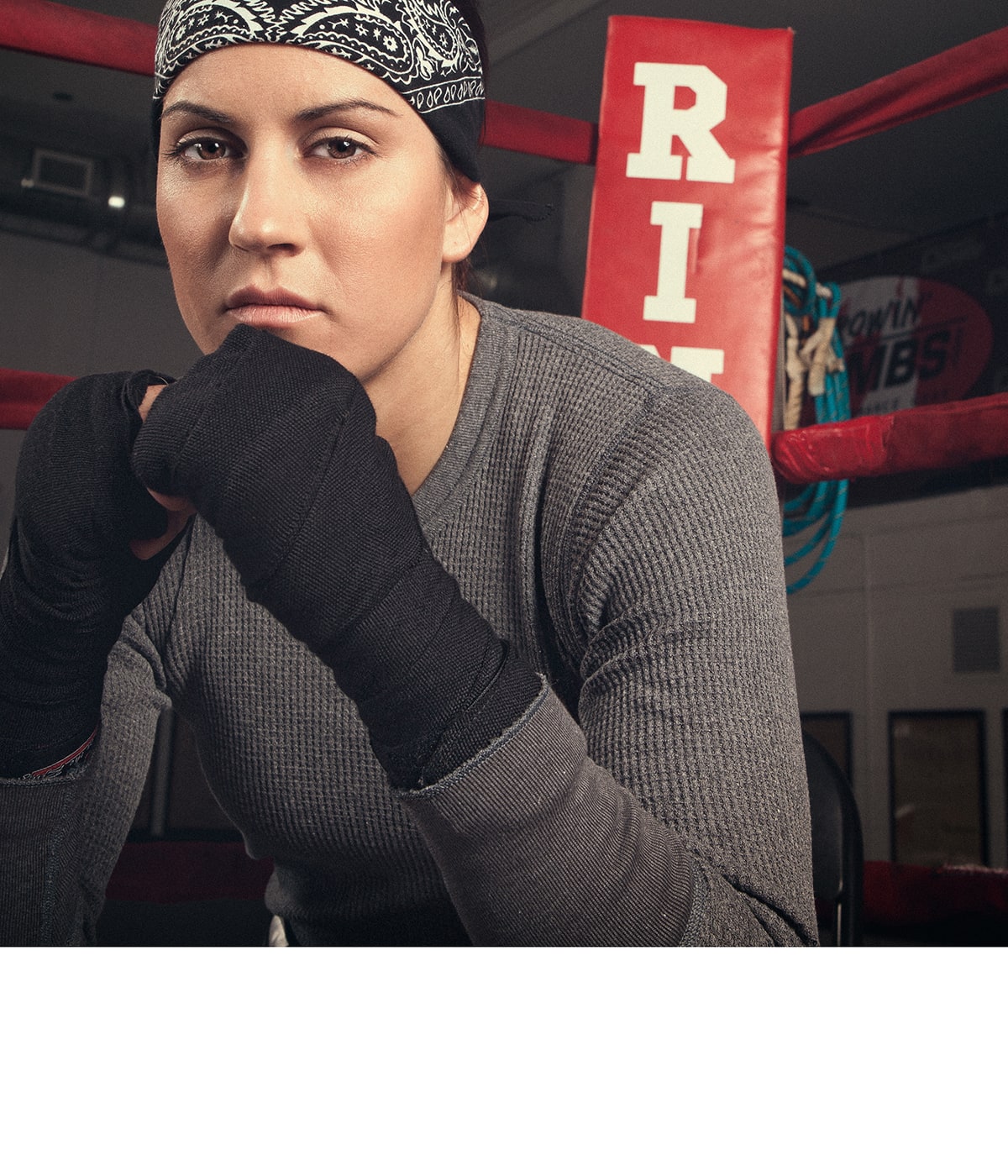 'I’ll admit that as a teenage girl, it was a confidence booster to drop a grown man in the ring with a liver shot.'

I was 10 years old when I first wanted to try boxing.

I asked my Dad if he would take me to the boxing gym and I’ll never forget his response — “Boxing isn’t for girls.” In my practical 10-year-old mind, it didn’t make any sense that my older brother could go, when everyone knew that I could beat him up. My brother, it turned out, didn’t enjoy boxing. He went a couple of times and decided not to return. I would wait six years for my chance at the sport.

At 16, I walked into the Windsor Boxing Club in Windsor, Ont., and asked the trainer to teach me how to fight. He was happy to do so, and I was thrilled. I began by learning the four basic punches — jab, cross, hook, and uppercut. We would build on these skills every day. My coach would lace leather gloves around my fists and have me work the heavy bag, throwing my hardest shots against 100+ pounds of resistance. We would do pad work, where I would increase my speed and my technique would be corrected. We focused on conditioning. Some days I would do so many sprints behind the gym that I would puke. On other days, my coach would drop me off 10 miles from the gym and I would have to run back to practice. I felt empowered. Months earlier, I couldn’t imagine being capable of doing these things.

The most exciting part about training, of course, was sparring. I’ll admit that as a teenage girl, it was a confidence booster to drop a grown man in the ring with a liver shot. The days of hearing that “boxing isn’t for girls” were behind me, I thought. But I was wrong. I would hear it so many different ways throughout my 14-year career. I heard it from a world-famous male boxer in an interview, whose opinion was that women belonged in the kitchen, not in the boxing ring. I saw it when priority was put on developing the men’s team over the women’s team.  Most memorably, I heard it any time the Olympics were discussed. Women didn’t box in the Olympics. Well, we didn’t box in the Olympics for my first six years on the national team. By that time, my Dad was undoubtedly my biggest fan. My brother often sported a t-shirt from my boxing club, proudly telling anyone who asked that he didn’t box, but his little sister did.

I was a six-time Canadian champion, six-time Continental champion, and two-time world champion in the welterweight division when the IOC announced women would finally box in the 2012 Olympics. Women around the world were ecstatic to learn of the Olympic inclusion, but the details stung. Of the 10 weight categories that existed for women, only three were included in the Games. It took time for it to sink in that my division wasn’t one of them. My only chance to make it to the historical event would be to compete as a middleweight, which was two weight categories (or 24.2 pounds) heavier than the division I had been competing in. It seemed nearly impossible, but I didn’t have a history of taking “no” for an answer. I made the jump to the middleweight division and after qualifying within Canada, won my third world championship and first Pan Am Games gold medal in my new weight category.

Soon after these successes, I joined 35 other women boxers from around the world to compete in the first Olympics to include women’s boxing, the 2012 games in London. I fell short of earning a medal by three points to a former world champion from China. That loss hurt more than anyone knew. It would be years before I could cut myself some slack and appreciate that I competed in the Games despite the serious disadvantage of having to jump two weight divisions. I was also mindful of all the other women boxers around the world who were not given the opportunity to compete because their weight divisions were excluded, and I felt for them too. I continued to compete with the national team for a few more years before taking a break from the sport in 2015.

Some time later, I was in the neighbourhood of my old gym and I decided to drop in. For the most part, nothing had changed. It still had the familiar smell, mixing blood, sweat, and leather. Same layout, but there was one thing I noticed right away. I saw a 10-year-old girl who had just finished wrapping her hands. Her dad was lacing leather gloves around her fists. I immediately thought of my experience twenty years prior. I imagined how different my experience would have been had my dad brought me to the gym and laced my gloves. I asked the young girl if she intended to compete in boxing. She told me she already had 10 fights and she wanted to go to the Olympics one day. I smiled because I knew that this sport, MY sport, had come a long way in 20 years and was headed in the right direction. I hoped by the time the young girl was old enough to compete in the Olympics, all 10 weight divisions would be included.

About a year ago, rumours began to circulate that two more women’s boxing categories would be included in the 2020 Olympics. One of those is super-welterweight. I’m excited to be back in the ring and back in the gym working towards fulfilling a dream that I’ve had since I began in this sport.

I’m thankful for male counterparts, both past and present, who have truly supported women’s boxing. I’m thankful for Boxing Canada’s staff and coaches who stand behind the women’s team. Mostly, I’m thankful for the women who work daily to show me, and the rest of the world, that boxing is for girls.