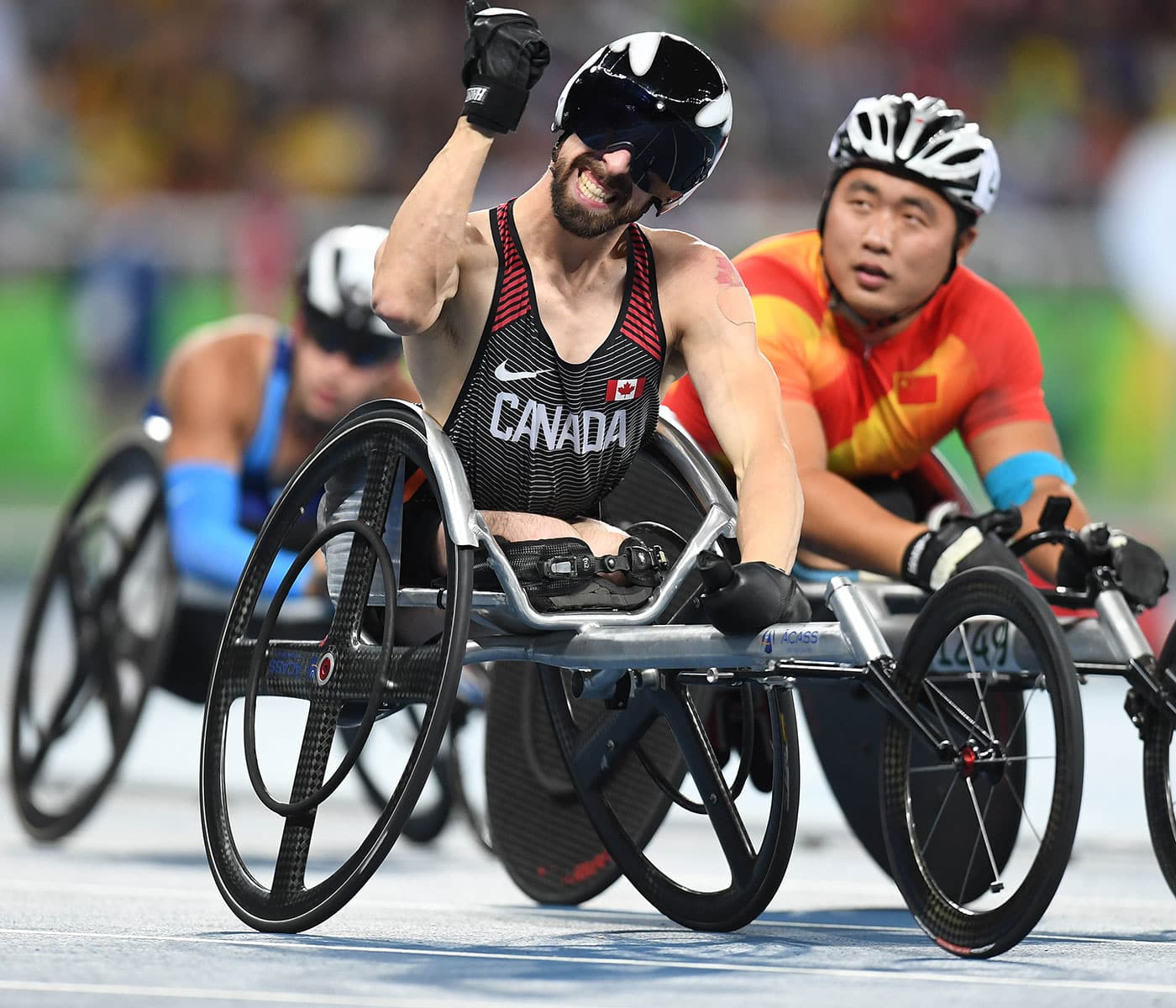 Being average was a gift — seriously

I started racing when I was 16.

I was light, fast and explosive, so naturally I gravitated towards the sprints. Sixteen years later, I took my first world record in the 100 metres. I am also the world-record holder in the 200, 400, 800 and 1500, and winner of the 2018 Berlin Marathon. If you have 2 legs, you are probably wondering how this is possible — how can a sprinter also win a marathon?

It wasn’t easy, especially when you dislike training as much as I do. I know you are not supposed to say that, but it’s true. I hate training. Sprint training is okay because the workouts are short, sharp and intense. Unfortunately, there are no short cuts to building an endurance base — just lonely boring miles on your roller or on the road.

But I love racing more than I hate training. And at 36, I found myself craving a new challenge. I had been sprinting since 1996. Sprinting is really fun but the race strategy is pretty basic: go as fast as you can. A lot more strategy comes into play when you get to distances over 800 metres.

You are no longer confined to your lane, you have to judge your effort and your attacks, and you have to learn to position yourself in a pack in order to benefit from the draft. It’s challenging for a runner to strategically position themselves in a pack. Now imagine trying to do that with a five-foot-long wheelchair going 37 km/h in a pack of eight-10 wheelchair racers also fighting for position.

I know sprints to marathon is an unusual transition, but I did some research, crunched some numbers, and decided I had a chance. But there were some things I needed to work on. The obvious one being endurance. I decided to invest some time in changing my pushing technique.

For those who aren’t familiar with wheelchair racing, here is a crash course on technique — people think we grab onto our wheels with our hands. But the mechanism is actually more similar to boxing — you wear gloves on your hands and you punch the rims attached to your wheels. I experimented with my gloves and my punching technique, and found a new combination that allowed me to maintain faster speeds over longer periods.

Experimenting can be scary. When you are really good at something, it is hard to commit to trying something different because there will always be a transitional period when you are not so good.  You tell yourself all the standard clichés: sometimes you have to take a step back to go forward; it’s about progress, not perfection.

But the reality is that you spend a lot of time wondering if the investment will pay off. There were no guarantees. Not only was I unsure if I would be competitive at the longer races, I was worried my competitors would catch up to me in the sprints because I wasn’t able to focus as much on them. So, what do you do? Do you risk it all, or do you play it safe? I consider myself really fortunate to have spent the first 16 years of my racing career as an average-to-good sprinter.

In hindsight, being average really was a gift. No, seriously. My life would have been very different had I been breaking world records right away. Being average gave me the freedom to love my sport in the sense that neither my future nor my identity were dependent on it. I always loved sport, even after being paralyzed in a freak accident when I was six.

Growing up, I played wheelchair basketball in the school term, and did athletics in the summer. I earned a degree in software engineering from the University of Texas and began a career in the tech world, as hobbies rarely pay bills.

Even now, I work as a software consultant because of the freedom it gives me in my racing career.  Paying my bills never depends on my results, which means I can take risks and I can do things on my own terms. When it comes to competing, I would rather risk it all to win the gold than play it safe and come in the top 5. And that makes me dangerous.

Freedom means you can experiment, and experimenting is the only way to keep improving. One of the stats I am most proud of in my career is that I have achieved a personal best every year since 2008. Even at 39, I am still improving.

So back to the main question: how does a sprinter win a marathon? Hard work and experimentation.  I spent several months not pushing so well in my new gloves with my new technique. But I also used this time to learn more about racing in a pack, and about racing on the road. I was very efficient and packed several mistakes into a two-year transition period.

I had an epic crash in a pack in front of 40,000 people. I got a finish line wrong in a half marathon. I stopped pushing because I thought I had won, but then my competitor blew by me as there was still 40 metres to go. I came 10th the first time I attempted the Berlin Marathon in 2017. It was hard, and I learned just how important it was to know a course.

Lining up for Berlin 2018, I was ready to put into action everything I had been learning. I also used my trusted weapon — the sprint. I stayed with the lead pack until the last 800 metres. There is a narrow gate that leads to the finish straight — only just wide enough for two wheelchairs — and I knew if I attacked early and made it there first, I could hold everyone off until the end - or, I would die a spectacular lactic death and have to watch as everyone blew past me on the home straight. But as I already said I would rather risk it all to win the gold, than play it safe and come in the top 5.

Winning Berlin felt really good. The No. 29 on my bib was the ranking assigned to me. Other than my mom and my wife, I’m not sure many would have bet on me to win. But you don’t always need popular opinion — just a solid plan and the confidence to make a few mistakes along the way.

The next challenge is to try and do it again!