From finding vintage cars to hiring live seagulls, no detail is overlooked.

From finding vintage cars to hiring live seagulls, no detail is overlooked

The quartet of production designers who took time out of their TIFFs to speak with The Filmmakers host Johanna Schneller are the world-builders behind everything from the titular watchtower in The Lighthouse — which Craig Lathrop built from scratch on volcanic rock in Nova Scotia — to the myriad of vintage cars produced and restored to populate an iconic 1960s racetrack.

Phillip Barker (Guest of Honour), Zosia Mackenzie (Castle in the Ground), Craig Lathrop (The Lighthouse) and François Audouy (Ford v Ferrari) got together to share stories about the struggles and triumphs of their careers, the increasing use of VR in movie design and the scope of tools a production designer seeks out for a movie — from personal possessions to expensive lenses. 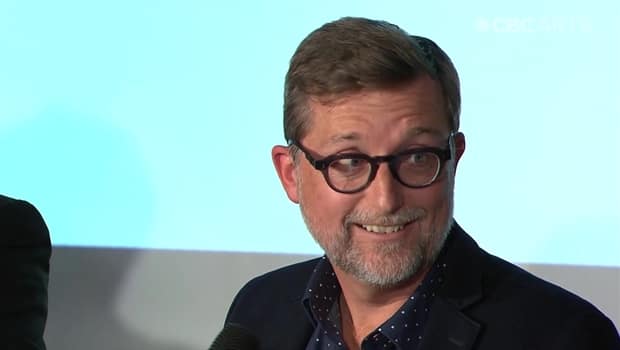 It's no question that automobile fanatics are going to scrutinize the fine details of James Mangold's 60s-set Ford v Ferrari, an inevitability which made accepting the job "terrifying" for production designer François Audouy.

He assures, however, that he is very rarely an expert of the subject matter when he starts on a new project and both he and Mangold had to do their homework by conducting extensive research about race cars of that era.

At the end of the day, Audouy explains, Ford v Ferrari is as much about high-speed vehicles as serving as a vehicle for the stories of Carroll Shelby and Ken Miles, portrayed by Matt Damon and Christian Bale, respectively. 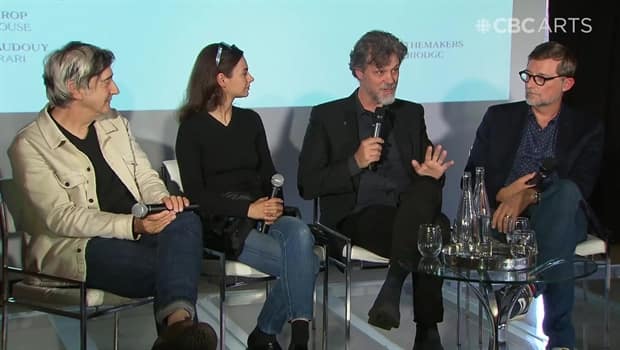 1 year ago
2:03
The Lighthouse's Craig Lathrop tells the strange story of how it being illegal to train seagulls started a strange series of events. 2:03

Director Robert Eggers is known for the obsessive detail he brings to assembling the worlds of period horror flicks and you can expect nothing less from his latest film, The Lighthouse — which called for trained seagulls and one massive boulder.

The production design team, led by Craig Lathrop, found themselves in a scramble when they discovered that, although training the birds had been deemed illegal, there were a colony of seagulls in London that they would be able to hire.

However, challenges continued to present themselves. Like when the team tried chopping up an oversized set piece and shipping it across the Atlantic Ocean. Lathrop recounts how one overnight flight and several hockey bags were used to save the day in the nick of time.

More highlights from our TIFF panel discussions are coming later this week.