How my hometown inspired
my rap career

This page has been produced to play audio as you scroll.

Are you OK with autoplaying audio?

This First Person column is written by Rollie Pemberton a.k.a Cadence Weapon, a rapper who was born and raised in Edmonton. For more information about CBC’s First Person stories, please see the FAQ.

I often wondered, during countless days trudging through impossibly cold winters on my way to school as a child in Edmonton, why anyone would consciously decide to move to the Prairies.

That same cold weather would later become my secret weapon as a musician. When the temperature would reach –50 C, there wasn’t much you could do outside. Distractions were few and far between.

The resulting isolation provided my artistic friends and I with ample time to hunker down and be creative.

Back then, I would conjure up lyrics as I walked block after block of yawning downtown streets framed by neverending sky. I have the same sensation whenever I return home. As a kid, I felt like a sonic explorer uncovering a previously obscured map, like a character in a roleplaying game.

Sure, it gets pretty cold every now and then. But there’s no other place I’d rather call home.

Kind of makes you wish that you got the old figures

To get me on the plane

She dodged the auto body husks

She spun on frozen rain

Those frigid childhood walks to school happened long before I learned that my cousins had ancestors who descended from Amber Valley, an unincorporated area north of Edmonton where hundreds of Black immigrants settled in the early 20th century. They came in search of freedom from the racial discrimination they found in Oklahoma. I reference this community on my song Africville’s Revenge

I resurrect through remembrance

My grandparents immigrated a few decades later from the U.S. Their story is a common one — they came to this part of Canada in search of gainful employment.

My grandfather Rollie Miles hailed from Washington, D.C. He was an outstanding athlete.

After a stint in the navy, he went to St. Augustine’s University in Raleigh, N.C., where he excelled at baseball, football and track and field.

He moved to the Prairies with his wife Marianne in 1951 to play second base for the minor league Regina Caps. A chance encounter with legendary sportswriter Don “Buckets” Fleming led to an article in the Edmonton Journal and a call from Annis Stukis, coach of Edmonton’s CFL team, which had recently lost some running backs to injury.

in the 1950s. He played in five Grey Cups, winning three of them consecutively from 1954 to 1956. He was an all-star on both offence and defence.

He was inducted into the CFL Hall of Fame in 1980 and a field in Edmonton was named after him posthumously.

My grandparents, my mother Michelle and her six siblings were a Black family in Edmonton when it was much less diverse than it is today.

Rollie made a point to introduce himself to two new people every day in a personal effort to fight against racist misconceptions and stereotypes. Once, after seeing a billboard for black Vicks cough drops that featured an offensive stereotypical Black caricature, he contacted the company that put it up and had it removed.

If my grandparents spotted another Black person while on the road, they would pull a U-turn and go say hello. When celebrities like Muhammad Ali and Duke Ellington came to Edmonton, they were quickly introduced to Rollie and Marianne.

Despite all that, growing up in Edmonton as a Black kid in the ’90s was isolating. Outside of my family, I rarely encountered other folks who looked like me.

Spending my formative years in the neighbourhood of Mill Woods, I befriended a group of South Asian kids from school. We would all play along the dusty tan roads that flanked a patch of partially finished suburban housing developments.

When I started rapping as a teenager, the prospect of finding success as an emcee on the Prairies — not known as a hip-hop hotbed and remotely distant from both Los Angeles and New York — was unlikely. There was no precedent for a prominent Prairie emcee and no local infrastructure to bring it to fruition.

This was before I discovered Peanuts & Corn Records

, a Winnipeg-based underground rap label. Unburdened by the dampening effect of commercial attention, these Prairie rappers created music on their own terms without imitating what was popular in the States. The remoteness empowered them to do their own thing.

I’m getting kinda tired of defending myself

So I’ll stop right now, see, look at me

We got a forest in the middle of the town

I’ve lived enough places to know what I see

I wonder why we move away

I wonder, I wonder

Listen to We Move Away

The Prairie landscape went on to figure largely in my lyrics. Conditioning

references the North Saskatchewan (“cold rivers”) while We Move Away

cites the surrounding River Valley as one of the great reasons to stay in my home city (“We’ve got a forest in the middle of the town”). Oliver Square

is a detailed topography of local landmarks and public figures from the mid-2000s (the retail hub has now been renamed Unity Square.)

Yo, it’s corrupt where I’m from: Edmonton, tough

The streets could speak about the heads with drugs, rough

See me on the bill

I’ll make it back to Oliver Square

I became an official chronicler of events in the area when I was named Poet Laureate of Edmonton in 2009. I wrote a poem called Monuments (The City in Three Parts) that was strung up on flags hanging across Jasper Avenue, the city’s main street. It was a commentary on the nature of the city’s urban self-perception and how the space around us can influence how we see ourselves. The poem also discusses the value of natural and manufactured landmarks, such as the collapsed road that became an abandoned cliff colloquially known as the End of the World.

When I won the Polaris Prize in 2021, it was important for me to shout out where I came from. When I said, “The Prairies got something to say,” it was a reference to Andre 3000’s speech at the 1995 Source Awards

when OutKast won the award for Best New Rap Group.

In front of a hostile booing crowd of New York hip-hop notables, Andre said, “The South got something to say!” He showed that rap could make an impact coming from outside of the genre’s established centres.

I want to inspire young artists on the Prairies to tell their own stories and not feel the need to sound like they were from Toronto, New York or anywhere else.

Whenever I return to the Prairies, I still feel incredibly inspired. As I walk and drive the streets, the ideas come fluidly to my mind.

The Prairies will always be the creative compass that guides me.

Rollie Pemberton is a rapper, producer, writer and poet who makes music under the name Cadence Weapon

won the 2021 Polaris Music Prize and his memoir Bedroom Rapper will be published by McClelland & Stewart in May 2022.

“The real heads are gonna know what I mean when I say this: The Prairies got something to say.” 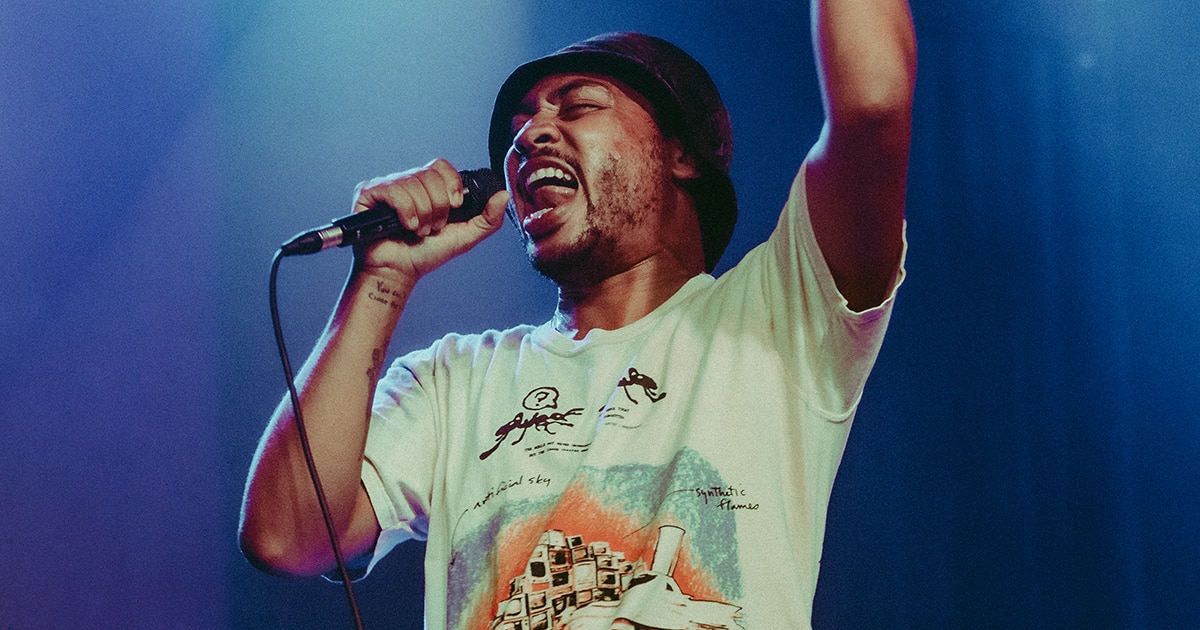 If you’ve enjoyed The Prairies got something to say, please take a moment to share it. If you have thoughts you’d like to share with us, email BlackPrairies@cbc.ca. For more stories about the experiences of Black people across Canada, check out Being Black in Canada.

The Prairies got something to say