One-by-one her subjects, all first- or second-generation Somali-Canadians, sat on a stool, their faces lit by projected images of Edmonton public spaces: The Century Park LRT, the parking lot of the Southgate mall, the University Transit Centre, a Whyte Avenue intersection.

Almost a year to the day before the photo shoot, a string of hate crimes against Black Muslim women started happening in these seemingly mundane spaces. Six attacks in as many months, most of them on Somali and hijabi women. Some of the women sitting for portraits knew victims of the attacks.

At nearly 10,000 people, Somalis make up the largest Black population in Edmonton, according to the 2016 census. In some local neighbourhoods, being a Black hijabi can be unremarkable. But the possibility of another traumatizing attack forever haunts many Black Muslim women in the Albertan capital.

“It’s been a year, but it’s still very raw,” said Hannan Mohamud, an Edmonton community organizer, advocate and University of Ottawa law student. “It’s like a circle of multiple systems that failed us, whether it be law and policy, health, psychology — it all comes together.”

To Mohamud, the uptick in violence can be directly linked to white supremacist rhetoric spewed — or complacently ignored — by politicians.

“When you hear things such as, ‘They’re taking our jobs,’ or the leader of the Conservative Party when he ran for his leadership nomination [saying], ‘Take Canada Back,’ phrases like that, I think, can seep their way deep into communities where folks that don’t even see themselves as being quote-unquote racists can start lashing out in really terrifying ways,” she said.

The community and the government have launched some initiatives since the attack, including self-defence classes for Muslim women and a new court support program for Black women. But Mohamed said putting the onus of safety on the women themselves normalizes the violence against them.

“I don’t want to fight someone just to go to the grocery store,” she said. “It’s almost as if you are putting their right to harm me over my right to even exist.”

Created with the help of assistants Aisha Hagi-Aden and Nadifa Farah, Omer’s photo series juxtaposes light and darkness as a commentary on the experience of being Black and Muslim in public space in Edmonton.

It is an existence marred by the constant possibility of anti-Black, Islamophobic and gender-based violence, but Omer’s portraits show it can also be filled with laughter and the joys of Black Muslim sisterhood. Ultimately, it is an attempt to reclaim their right to public space.

“I wanted to show the flipside to all this, [which] is that we’re strong, we are still surviving, we’re resilient, we are human,” Omer said. “It’s going to take a lot of healing, a lot of time. I’m not sure what the answer is. Maybe this could be one step. Awareness and validation is always a good place to start.

“Maybe one person could see these photos through this project and find it within themselves to create policies that stop things like this from happening.”

These conversations have been edited for length and clarity.

Once your existence and parts of your identity are highlighted in a negative manner, it kind of gives you a hyper-awareness that’s quite uncomfortable.

You usually walk out of your house and just are task-oriented. When things like [the attacks] happen, it becomes very emotional to exist, because you’re constantly aware of how you’re being perceived by others.

[Being Muslim], a guiding force that we have is God. We always think that God always has us, even if other people don’t. You just try to think about the creator rather than his creation. And if people are doing things that aren’t OK or that are bothering you, you just kind of [ask yourself], ‘What is the wisdom in this moment and how do I move forward?’

Maryama Addow smiles in two black-and-white photos. Addow, a mental health professional, relies on her faith to move forward in the aftermath of violence against Black Muslim women. (Faisa Omer)

I have to say that Edmonton was good to me. It is my home now. It was my home for the last three decades. I raised my children here. They get their education here and this is our home today.

I think generally we are safe. When I go to the malls, when it’s prayer time, I pray anywhere I want and nobody bothers me and I feel 100 per cent safe.

But those little attacks … create a little bit of unsafety.

I think people have to hear our voice and have to hear how this hurts, not just for us as adults — we can survive, we are resilient — but for our children. This is their home. This is the only place they know. They were born here. They were raised here. Here is the only land that they know. So for them to be attacked and feeling unsafe in their community, I think that’s unacceptable.

Living in Mill Woods, there’s a lot of diversity. There’s a lot of kids who look like me. I went to very diverse elementary, junior high and high schools where the majority of the kids were people of colour. So I felt safe in public spaces, because I see so many people that look like me. Sometimes you forget that you wear hijab.

Now with the attacks that have been happening, it kind of changes my view on things. I’m kind of wary of being in certain spaces. I’m like, ‘Oh, I have to be on guard because what happened to someone else could happen to me, too, right?’

I’m moving more cautiously. Before, I used to walk around like I’m everybody else, like there’s no difference between me and other people. Now I’m definitely starting to be a little bit more scared and I’m starting to not excuse people’s reactions to me. Like, when people look at you differently, it’s always like, ‘Oh, it’s OK, it’s because I’m a hijabi.’ But it’s not OK.

Zainab Warsame smiles in two black-and-white photos. Edmonton’s diverse Mill Woods neighbourhood was a haven for Warsame growing up. ‘I see so many people that look like me. Sometimes you forget that you wear hijab.’ (Faisa Omer)

It’s like an unspoken conversation between me and my friends who are hijabi. We could be walking outside on the sidewalk, and there would be a person coming up behind us or a person walking past us, and me and my friend, we would grab each other’s hands and push [each other] toward the other side of the sidewalk, away from the person. Or both of our shoulders would just tense up.

It’s exhausting. It’s like you’re constantly on fight-or-flight instinct whenever you’re outside. That shouldn’t be a thing just crossing the street, going into a supermarket, going in the parking lot.

It’s not only exhausting, but really sad. I was born in Toronto. I came here to Edmonton when I was five years old, so Edmonton’s all I’ve ever known. So as a Canadian citizen and as an Edmontonian, it doesn’t seem fair that I feel unwelcome in the community and unsafe.

Hafsa Hassan appears in two black-and-white photos. She says the fear she feels in her own city is sad and unfair. ‘I came here to Edmonton when I was five years old, so Edmonton’s all I’ve ever known.’ (Faisa Omer)

Sofie: One of the things that I [decided to do was] to put my daughter into taekwondo, because I always teach her to defend herself, but she also has to be able to do it properly with the right discipline, especially with what’s going on.

Now my guard is up, you know? Women were getting together talking about how they should start carrying mace and pepper spray. Are we supposed to carry our own weapons? No, that’s not a solution. I feel like learning some sort of martial art would be the best answer to that. Also having the community come together to educate, and for the government officials to publicly speak about these things. [Attacks] just can’t be tolerated.

It brings me a lot of joy when I do see Black Muslim women able to roam free and be in open public spaces. There’s a lot of older women who, if they have to pray, they’ll pray anywhere. They’ll pray in the middle of the mall.

Melissa Fundira is an award-winning journalist, audio producer, and researcher based in Toronto and Montreal.

“We’re strong, we are still surviving, we’re resilient, we are human.” 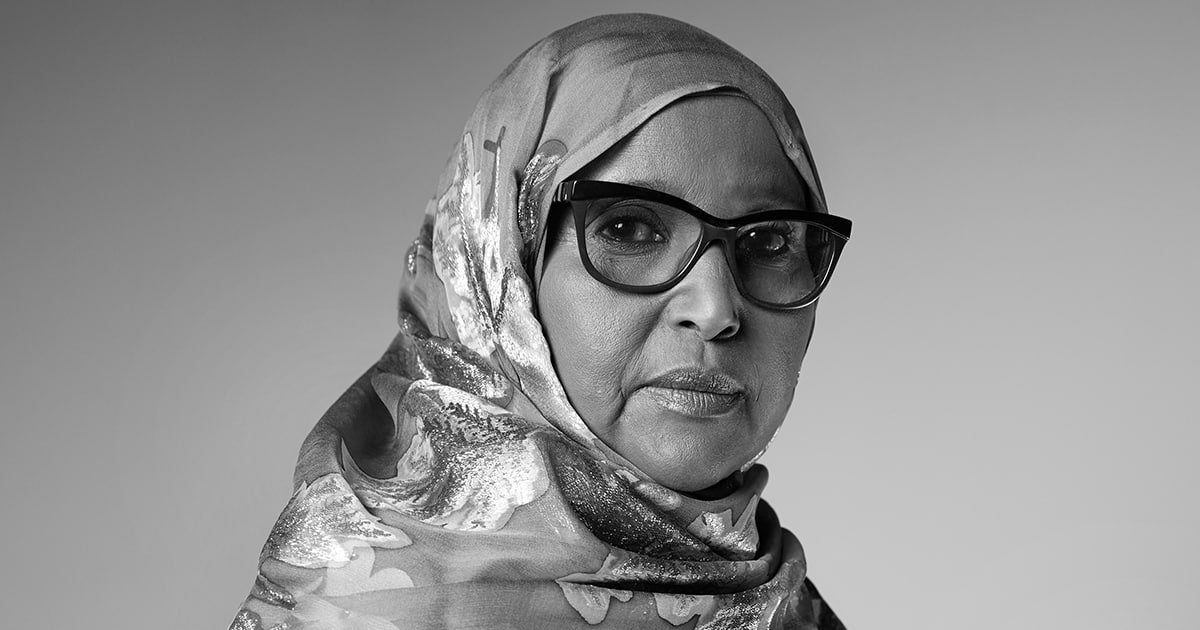 If you’ve enjoyed Reclaiming public space, please take a moment to share it. If you have thoughts you’d like to share with us, email BlackPrairies@cbc.ca. For more stories about the experiences of Black people across Canada, check out Being Black in Canada.

New
Black on the Prairies: Place
New
Bringing Black history into Prairie classrooms
New
The Prairies got something to say
New
Here
New
Building Black kinship
New
Arrival
New
Driving through a blizzard for a taste of home
Crossing boundaries
Race to touchdown
Hair and the ties that bind
A summer of protest
Prairie portraits