Early Black settlers planted themselves here and grew roots so strong, they pulled others into this place.

Early Black settlers planted themselves here and grew roots so strong, they pulled others into this place.

This First Person column is written by Gloria Alamrew who is an Ethiopian Canadian living in Edmonton. For more information about CBC’s First Person stories, please see the FAQ.

Communities are like a map — the people that bind and hold you tell your story in the journeys they took to get here — to get to you.

So when your “here” is a place that doesn’t seem to embrace people that look like you, what does that map — that community — look like? Where did it bring us?

Being Black on the Prairies is a practice in perseverance. It is digging your heels into a soil that was never meant to be hospitable to you or your family.

When I think about the Black settlers arriving in Alberta from Oklahoma, Texas and other states in the Deep South in the early 1900s, I often find myself wondering if they understood the legacy they were creating. When they turned their eyes toward the endless Prairie sky, did they know that more Black faces from other faraway lands would be staring at this same sky more than 100 years later?

‘The winters are cold, but you can build a life here’

The Black migrant experience is one of force — of being brought or pushed. Entire generations of Black peoples have been forced to make homes out of lands never meant to cradle their feet.

to toil and build a nation that didn’t want them, they held onto the only thing they had left — each other. Black people intuitively understand that placemaking relies on people.

When I trace the map of my parents’ journey from Ethiopia to Sudan to Toronto and finally to Edmonton, I marvel at the absurdity of it. To flee a sovereign Black nation — one that built its identity on having resisted colonization — and end up in a province that the rest of the country commonly refers to as the “Texas of Canada” seems almost comical to me.

Toronto, where I was born, seemed like a good landing place to my parents. A major metropolis filled with familiar Black faces must have been a comfort. So why leave that for a province that was predominantly white? I’ve asked my parents that question countless times.

Their answer is remarkably simple. My dad’s cousin and her family were here in Alberta and they told my family the truth, “The winters are cold, but you can build a life here.”

My mom and dad remember falling instantly in love with Edmonton’s river valley during a visit one summer. My mom remarked, “the sky and the trees reminded us of home.”

The Ethiopian community in Edmonton was small in the 1990s, but we were strong in our connection to each other. We had our own restaurants and pool houses. We participated in Edmonton’s annual Heritage Festival (more affectionately known as Heritage Days), often winning best pavilion.

I remember the parties the most. In my child’s mind, they seemed to be every week, but upon reflection, were more likely once a month or every other month.

They were frequent enough that, even as a kid, they seemed more than just an excuse to have a party. Why would the community go through the trouble (and money) to rent out the Greek Community Hall every month, prepare so much food, purchase alcohol? Just to party? No.

) filled with hundreds of Black people that look like you, their children laughing and playing together, meant something else. This was our way of planting a flag in this city, in this province. It was our way of declaring that we were here, and we were here to stay.

I was 19 years old when I first heard about Amber Valley.

I was sitting in my Middle Eastern and African studies class in university when my professor casually mentioned a settlement right here in Alberta — one of the largest Black settlements in Western Canada. In my subsequent research, I was floored to realize that this settlement was only a two-hour drive from Edmonton.

How had I never heard of this place or these people? Sure, they weren’t ancestors by blood, but we shared an ancestral journey — a similar unlikely quest that my parents and so many other Ethiopian immigrants that settled on the Prairies shared in.

I understand that when others refer to this place as the “Texas of Canada,” it’s more to do with our staunchly conservative politics. I agree on that count. But there’s also an accidental invocation in that moniker.

One of the great lies and legacies of white supremacy is two-fold. First, we were made to believe that the southern states are somehow more inherently racist and unforgiving for Black folks than the north. Second, when we look at the southern states today with disdain, the Black families and communities that have made homes, cultures and places have been erased from our collective memory and official records

. This same erasure happens in Canada with Black people on the Prairies.

It’s a common refrain that there are no Black people out here. To be Black on the Prairies is to be both the secret and the secret-keeper.

Echoes of the past

I hold on to the stories of those first Amber Valley settlers from Oklahoma and Texas. I call them into me and tell them the story of my parents. I give thanks for how they marked the paths to a possibility of home — whether they knew it or not — for a people that would make a place for themselves under the same giant Prairie sky. I offer prayers of strength to the inevitable next generation of Black folks who find themselves on the move for new legacies in new places.

The Black people of Oklahoma and Texas brought Black life to this land. They planted themselves here and grew roots so strong, they pulled others into this place. To look at us now — the fastest growing Black population in Canada

— is to see the fruits of their trees.

Those parties from my childhood — my parents and their friends, dancing and laughing in that Greek Community Hall just two hours away from Amber Valley — were a cheque being cashed. I imagine them as echoes of Amber Valley more than 100 years prior, the Black people in this place laughing and dancing and celebrating a new start, a new chance.

This is a legacy — and a place that I will always be proud to be part of.

My parents took the map that was unknowingly gifted to them and followed it home. They followed it here, a place that is ours in so much more than just name.

We will draw the map for the next ones. It is our bond and promise to each other.

Gloria Alamrew is an Ethiopian Canadian culture writer, critic and editor based out of Edmonton. She explores Blackness, womanhood and culture, and the myriad ways they intersect.

“To be Black on the Prairies is to be both the secret and the secret-keeper.” 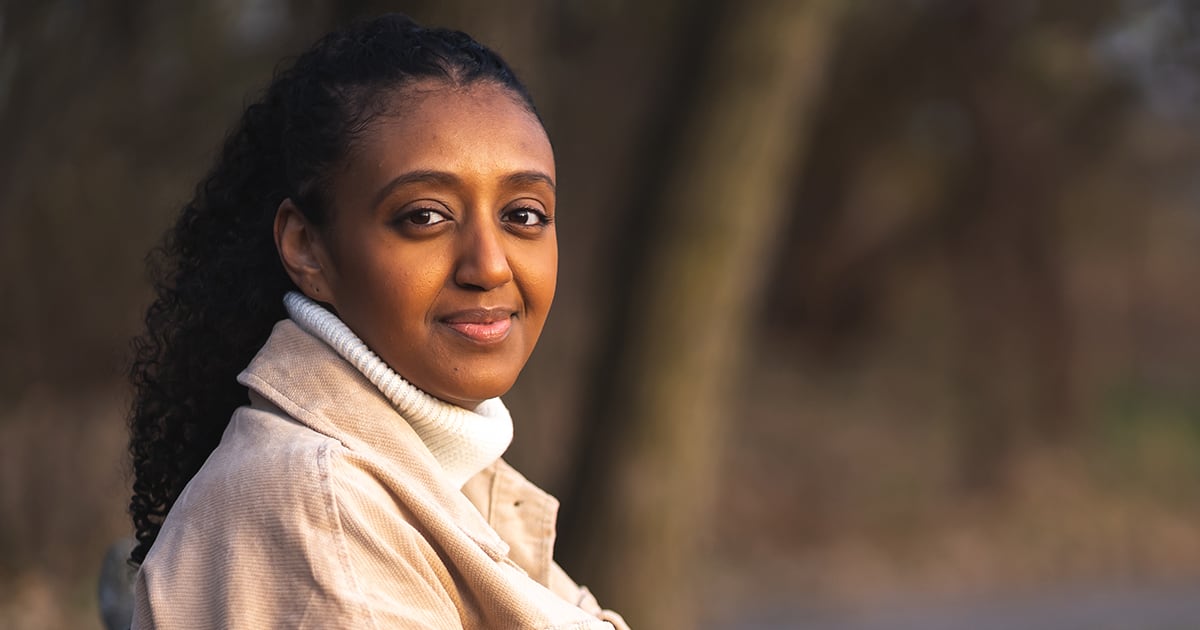 If you’ve enjoyed Building Black kinship, please take a moment to share it. If you have thoughts you’d like to share with us, email BlackPrairies@cbc.ca. For more stories about the experiences of Black people across Canada, check out Being Black in Canada.

New
Reclaiming public space
New
Bringing Black history into Prairie classrooms
New
The Prairies got something to say
New
Arrival
New
Driving through a blizzard for a taste of home
New
Here
New
Black on the Prairies: Place
Crossing boundaries
Race to touchdown
Hair and the ties that bind
A summer of protest
Prairie portraits