The legacy of early Black settlers is absent from many Prairie curricula. Some educators and advocates are trying to change that.

The legacy of early Black settlers is absent from many Prairie curricula. Some educators and advocates are trying to change that.

Christian Mbanza is on a mission to teach his students about the rich history of Black people on the Prairies and across Canada.

His efforts make him stand out in the Prairie education system.

Mbanza has been teaching for five years. By all accounts, he is a popular teacher. At 9 a.m. in his Grade 7 classroom at École St-Mary’s in wintry Regina, the students are visibly engaged. They relish his history class, particularly the parts about Black Canadian history.

“I’ve never had a teacher that has really gone this much in depth about Black history,” said 12-year-old Brooklynn Lanz.

“It’s a privilege because other schools don’t have the opportunity,” Lanz said.

“We’ve learned about how Black people were some of the first people to come to Canada,” said classmate Elijah Lemon.

Many of the students hope the lessons will help fight anti-Black prejudice.

“Some young kids use the N-word because they don’t know the history behind it,” student Sarah Dalil said.

“I feel like if we can educate young kids, then maybe they’ll stop saying it and we can actually come together. We’re still sort of split apart because racism still stands here today.”

​The Politics of Teaching History

Advocates across the Prairie provinces and Canada are renewing calls for Black history to be mandated in provincial curricula.

They say that despite a more than 200-year presence on the Prairies, the absence of Black people from Prairie history textbooks is of concern.

“To represent a fuller story of Canadian history means that Black people should be and need to be included in those stories,” said Natasha Henry, a historian, curriculum consultant and president of the Ontario Black History Society.

Henry said this history continues to be excluded from curricula across the country.

“That is the established practice where there isn’t any mandated learning expectations around Black history in Canada.”

“Curriculum is very much political, has been and will continue to be.”

Like in many jurisdictions across Canada, Saskatchewan teachers can choose to use Black history to meet curricular diversity outcomes, but they are not mandated to teach it.

Mbanza has had to take it upon himself to learn and transmit his knowledge of Black history.

“A lot of teachers don’t know how or they can’t really teach Black history, so it doesn’t really get done,” Mbanza said.

CBC News asked all three Prairie provinces whether they are planning to include mandatory Black history lessons in their curricula. All three said they are currently reviewing their curricula.

Alberta released a draft curriculum in spring 2021 that included some Black history content for K-6 students. The province has since delayed the implementation of the new curriculum in four subjects, including social studies, which includes history lessons.

The Saskatchewan government said it is renewing and developing curricula in the secondary practical and applied arts, arts education, languages, Christian ethics and social sciences. A spokesperson said the process is expected to be completed close to the 2023-24 school year.

The province did not respond directly to the question about Black history.

Manitoba Education said “human rights is a theme within the Language Arts curriculum and language teachers may choose to explore elements of Black history.”

The ongoing fight to redress history

Carol LaFayette-Boyd’s family arrived in Saskatchewan from Oklahoma and Iowa at the turn of the 20th century. Her family has been on the Prairies for more than 100 years. Their absence from the mainstream annals of history is painful, she said.

“It’s not right. That’s why part of the struggle is to see that that changes. It would be important for my grandchildren [to see it] because they would have all the information I’ve never had,” said LaFayette-Boyd, who is a board member of the Saskatchewan African Canadian Museum.

LaFayette-Boyd and several Black leaders in Saskatchewan are working on recommendations to present to the provincial Ministry of Education. Their work is the latest in a long line of attempts to put it on the provincial radar.

In June 2020, a petition calling on the Saskatchewan School Boards Association to introduce Black history and anti-racism education in the province’s schools gathered nearly 74,000 signatures. The petition’s author, Tobi Omoyefa, said he continues to be in conversation with the Ministry of Education, but no changes have been enacted.

“People have to recognize that things need to change and it can’t be only lip service. It has to be mandatory that students get that education,” LaFayette-Boyd said.

Black people have struggled for more than a century to be recognized in Saskatchewan’s education system.

In the early 1900s, children of the first Black settlers were refused access to schools attended by white children. Many remained unschooled for years.

At the time, members of the Black community around Maidstone, Sask., near North Battleford, tried to establish a new school district so they could have a school closer to their farms.

They encountered roadblocks from the nearby Eldon district town council. A bitter dispute between the two parties dragged on for years. It was only resolved when the province decided to create a Black-only school district, effectively segregating the Black children. The community’s Black-only school opened in 1916.

Today, as Black Prairie advocates push for the inclusion of Black history in the provincial curricula, remnants of that exclusion can still be felt.

Mbanza continues to fight against it one lesson at a time.

Omayra Issa is a national reporter with CBC News based in Saskatchewan. She is the co-creator of Black on the Prairies.

“I find accomplishments that Black people have done, and it fills me with a lot of pride and joy,” he said. “And I want my Black students and just students in general to feel the pride.” 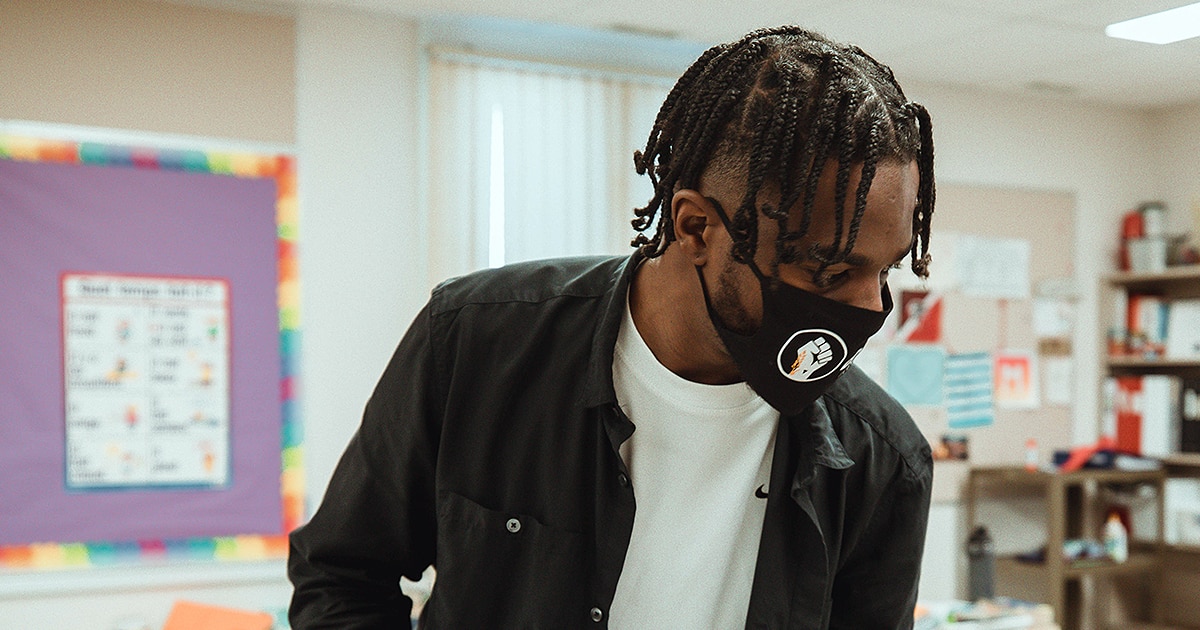 If you’ve enjoyed Bringing Black history into Prairie classrooms, please take a moment to share it. If you have thoughts you’d like to share with us, email BlackPrairies@cbc.ca. For more stories about the experiences of Black people across Canada, check out Being Black in Canada.

New
Black on the Prairies: Place
New
Here
New
The Prairies got something to say
New
Reclaiming public space
New
Building Black kinship
New
Arrival
New
Driving through a blizzard for a taste of home
Crossing boundaries
Race to touchdown
Hair and the ties that bind
A summer of protest
Prairie portraits