A poem by Titilope Sonuga

A poem by Titilope Sonuga

In 1998, when a young Titilope Sonuga

arrived in Edmonton with her Nigerian family, the weather felt like “the coldest day of my life,” she recalls. My own family — who immigrated from Dominica to Ontario in the 1970s — can attest to the fact that the climate in Canada can be harsh for those with African and Caribbean roots, even outside of the winter months.

Twenty-three years after her family first touched down, we commissioned Sonuga — now a celebrated artist, award-winning author, mother of two beautiful children and poet laureate of Edmonton — to reflect on that first experience. Arrival was born.

Arrival is Sonuga’s poetic celebration of more than two centuries of Black communities journeying from all over the world to build a life on the Prairies. It is a celebration of the gifts, talents, history and legacy that immigrants bravely carry with them like luggage as they forge a new path in an unfamiliar and at times hostile environment.

This touching video — produced remotely by me, filmed along the Saskatchewan river by filmmakers Asim Overstands

, with musical accompaniment by Enoch Attey

and featuring Sonuga’s own multi-generational family — is dedicated to all of us who have left something behind to build a new life and home in a foreign place.

You can hear the poem in the video and read the complete text below:

Only the trees know
what wayward wind buoyed the first one thousand
through river, creek, and muskeg,
feet a calloused bark we peel until the fleshy center.

We count the rings to tell us:
how many lifetimes is the measure
between a stolen land and a stolen people?
What is lost eternally in the currency of the sale?

How many paces is each generation
between limber pine and baobab,
between prairie grass and cotton?

If we ask the sky
whose hands raised in prayer
carried their people across the bridge
from one dream differed into another,
who nursed the children
on the promise of home, a place
of rest and refuge,
it will answer:

in Campsie and Breton,
in Clearview and Amber Valley,
Clyde and Maidstone,
in Wildwood,
knuckles bloody from begging
bush and meadow
into farmland, fruit,
into a harvest from the labour
of living and loving, of running
from that which will maim and unname,
from all the ways the Black body is undone,
unwound from the spool of its history,
an unravelling for generations to gather.

It is the women,
arriving even now in Edmonton
and Saskatoon,
in Calgary, Winnipeg and Regina,
who touch their hands to the prairie dust
and ask first of the land:

what may I offer?

Who ask first of the people:

where may I flourish?

Who pour the water of their gifts
until an unforgiving winter gives way to spring. Women who teach the language of resistance and tally our remembering.
Who birth and bury,
their hands beneath the braiding
and baking, the building, and bracing.

We cannot gather what was lost
beneath the ocean’s swell.
We will never know whose baby teeth line the ocean floor, iridescent as seashells.

We honour the song even the meadowlark knows, a centuries-old melody that gurgles to the surface to touch the land and call it home.

What we speak in our soukous and ska, soca, soul, and calypso,
our kompa and afrobeat.
What the women sing into the ears of children whose dreams take up their rightful place in the night sky.

Children who say their mothers’ names and close their eyes
knowing.

Titilope Sonuga is an award-winning poet, writer and performer who calls both Edmonton and Lagos, Nigeria, home.

Lucius Dechausay is a video producer at CBC Arts, as well as a freelance illustrator and filmmaker. His short films and animations have been screened at festivals including The Toronto International Film Festival and Hot Docs.

“We honour the song even the meadowlark knows, a centuries-old melody that gurgles to the surface to touch the land and call it home.” 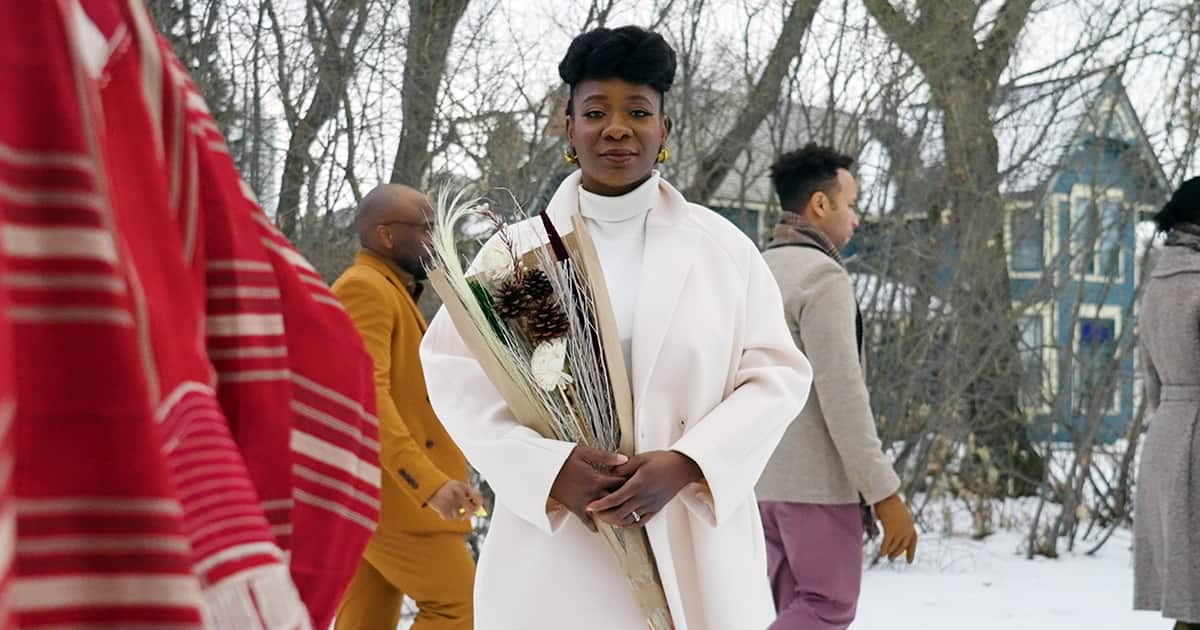 If you’ve enjoyed Arrival, please take a moment to share it. If you have thoughts you’d like to share with us, email BlackPrairies@cbc.ca. For more stories about the experiences of Black people across Canada, check out Being Black in Canada.

New
Black on the Prairies: Place
New
Bringing Black history into Prairie classrooms
New
The Prairies got something to say
New
Here
New
Reclaiming public space
New
Building Black kinship
New
Driving through a blizzard for a taste of home
Crossing boundaries
Race to touchdown
Hair and the ties that bind
A summer of protest
Prairie portraits