Click on a dot to learn more about each city that has been host to the Summer Olympics games.

The opening ceremonies in Athens,Greece 1896

First modern Olympic games took place from April 6 to 15, 1896 in Athens, Greece. Athens would host the games again in 2004. 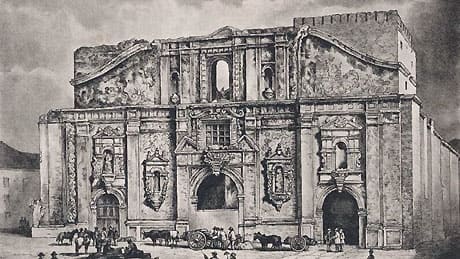 Georges Andre lends the Olympic Oath during the opening ceremonies of the VIII Olympic Games on May 4, 1924 in Paris, France.

Bike polo is being played during the 1904 Olympics.

St. Louis hosted the Olympic games in 1904. The events ran between July 1 to November 23.

THe ArcelorMittal Orbit sculpture is standing in front of the Olympic Stadium in the Olympic Park, London in 2012.

London first hosted the games in 1908. London would repeat its hosting duties again in 1948 and 2012. London was also supposed to host the 1944 games, but they were cancelled due to World War II.

The exterior of the Olympics stadium in Stockholm, Sweden in 1912.

The opening ceremonies during the VII Olympics in Antwerp, Belgium in 1920.

The 1916 Olympics in Berlin was cancelled due to World War I. Antwerp, Belgium was the host for the VII Olympics. It took place from April 20-September 12, 1920.

Lord David George Brownlow Cecil (centre),on his way to winning the Men's 400-Metre Hurdles and tying the Olympic record for the event at the Amsterdam games, 1928.

The torch bearer runs through the streets en route to the Olympic Stadium in Berlin, Germany

Flags of the various nations during the closing ceremony of the 1952 Olympics in Helsinki, Finland.

Yoshinori Sakai, a student born in Hiroshima on the day the first atomic bomb devastated the city walks up the stairs with a torch during the opening ceremony for the 1964 Tokyo Summer Olympic Games

During the opening ceremony of the Mexico City Olympic games, Mexican athlete Norma Enriqueta Basilio de Sotelo is the first woman to light the Olympic flame.

The closing ceremony of the 1972 Munich games.

The Opening ceremonies of the 1980 Summer Olympic Games in Moscow, Russia.

The U.S. and 65 other countries boycotted the games in Moscow due to the Soviet-led war on Afghanistan though some athletes in the boycotted countries managed to participate in the games under the Olympic flag.

Olympic rings and the Olympic emblem at the 1988 Summer Olympics in Seoul, South Korea.

The closing ceremony during the 1992 Olympics in Barcelona, Spain

Host of the 1992 Olympic games. This was the last year when both the Summer and Winter Olympics games were held in the same year.

During the closing ceremony for the 2000 Olympic games in Sydney, fireworks light up the Sydney Harbour Bridge and surrounding skyline.