'You lose hope.' Lost in the forest for weeks, she had no food, water or compass

A Hawaiian woman said Tuesday that she fell to the ground and started bawling when a rescue helicopter spotted her in a forest where she had survived for more than two weeks by eating plants and drinking stream water.

A Hawaiian woman said Tuesday that she fell to the ground and started bawling when a rescue helicopter spotted her in a forest where she had survived for more than two weeks by eating plants and drinking stream water.

Amanda Eller told a news conference on Maui that crews in other helicopters had failed to see her earlier in her ordeal. She was rescued on Friday after being lost alone for 17 days.

"I knew in the grand scheme of things, I'm on this tiny piece of rock on the top of a waterfall, and how the heck are they going to find me?" Eller said. "It was a miracle."

The same group of volunteers who found her on Friday were helping search another forest for a Maui man, Noah Mina, who has been missing since May 20.

Eller had set out May 8 for a five-kilometre hike in Makawao Forest Reserve. She didn't take a cellphone and didn't have a compass.

The physical therapist said her heart was telling her which way to turn. But when she tried to go back the way she came, that path didn't lead to her car.

Eller explains how she looked at being lost as an opportunity. 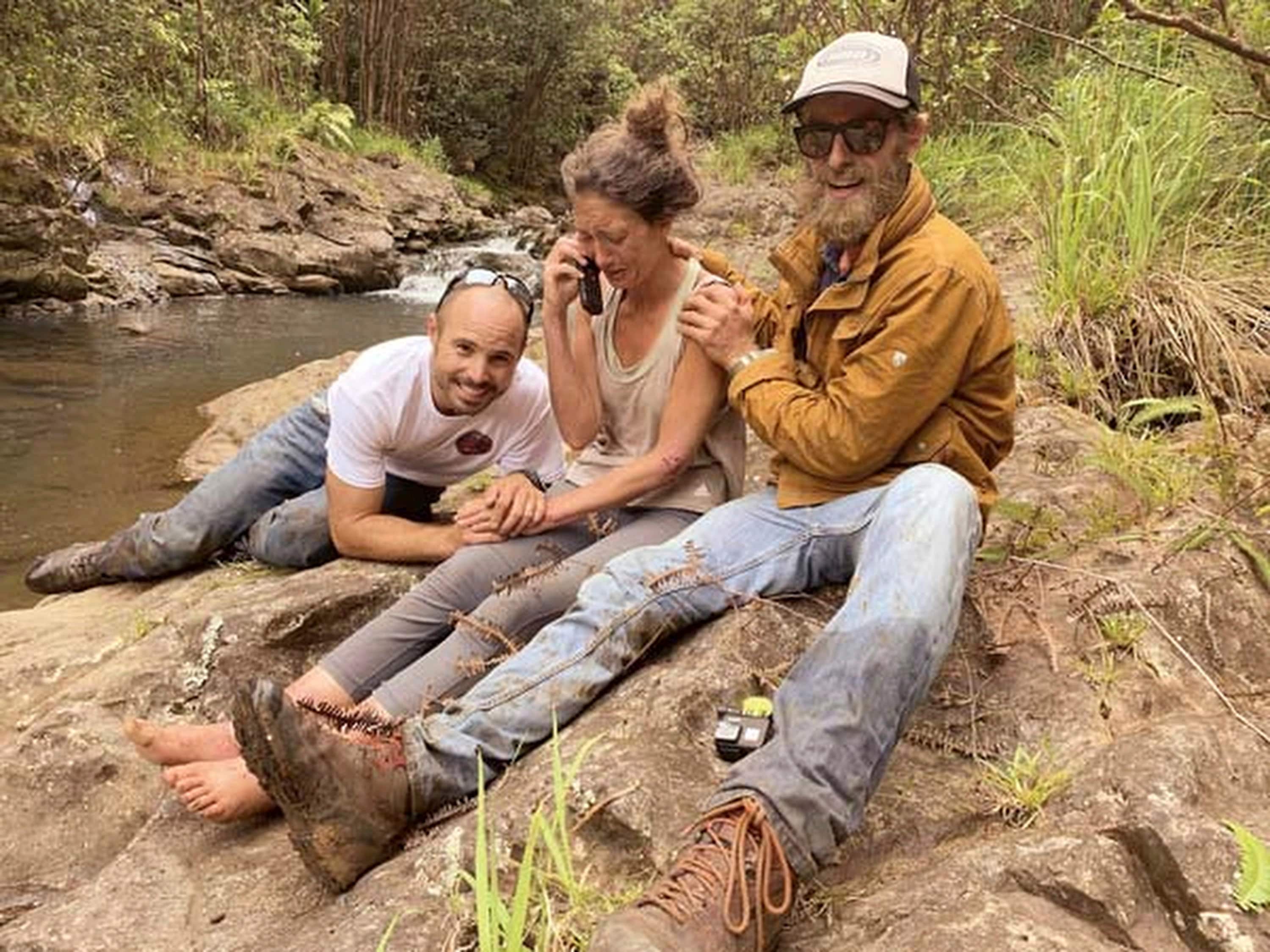 Amanda Eller talks about being lost

2 years ago
0:20
Amanda Eller, who was lost in a Hawaiian forest for 17 days, says she decided to look at her ordeal as an opportunity. 0:20

Eller said she's normally an "overpreparer" and has food, water, sunscreen and a hat with her.

"Just that day I did not," she said, conceding she should have taken a cellphone.

Her darkest moment came on her 14th day in the forest when helicopters passed over and failed to see her yet again.

Watch her describe that moment: 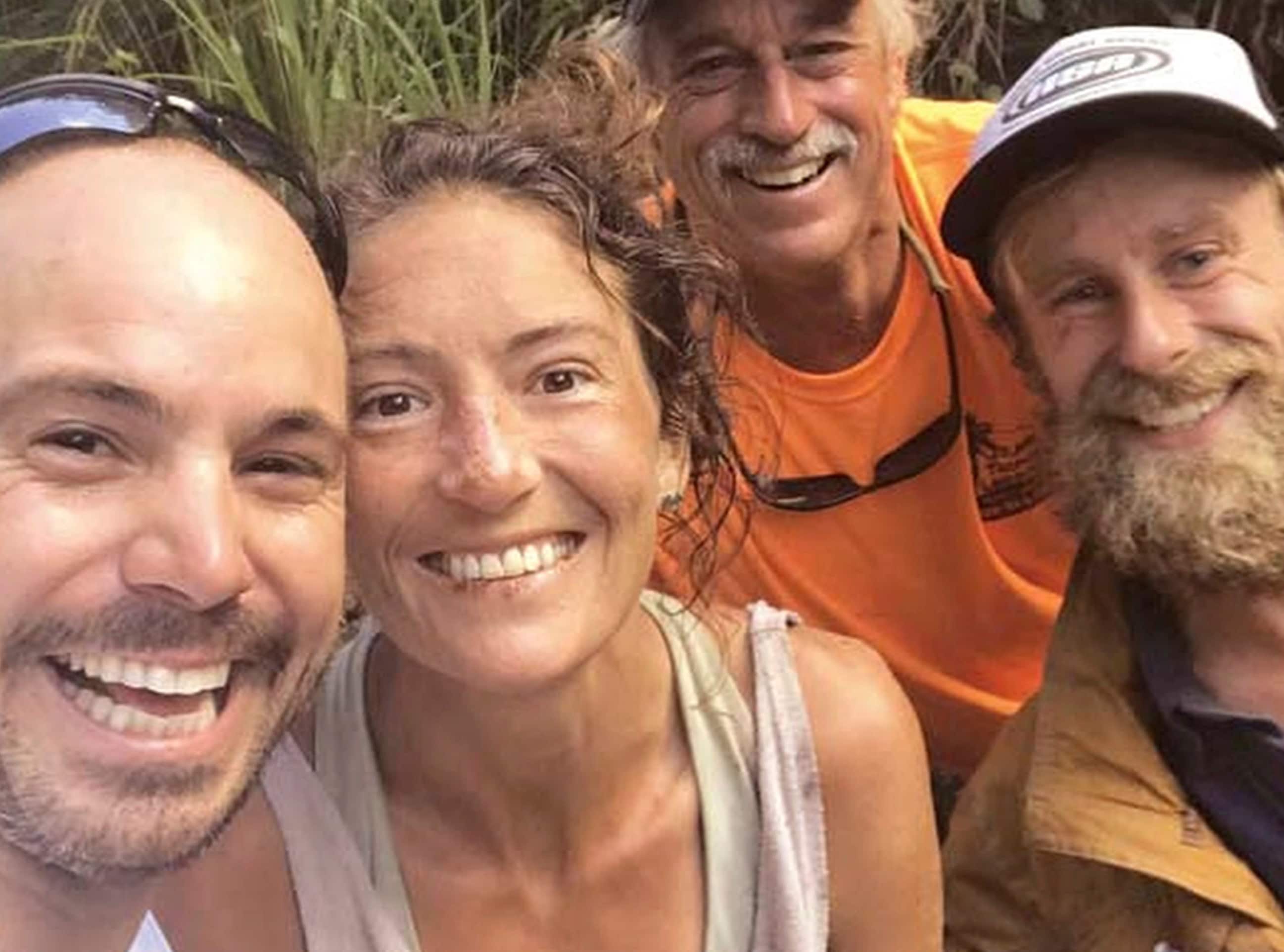 Amanda Eller on being missed by rescuers

2 years ago
0:41
Amanda Eller talks about how she convinced herself not to give up after being missed by rescuers earlier in her ordeal. 0:41

Still, she said she never felt alone or fearful. She thought of her family and chose to live.

She told herself: "You can sit on that rock and you can die. You can say mercy and feel pitiful for yourself and you can play victim. Or you can start walking down that waterfall and choose life."

Eller said a prayer for Mina, who went missing on a ridge trail near Wailuku. Eller said that area was "gnarly" and scarier than the spot where she was. She called the search for her "training" for the latest effort.

"I send all of my love and all of my support to his family and friends and his search teams," she said.

Eller said she's eager to get back to work and take care of her physical therapy patients. She said she has some ankle wounds and her knee hurts, but expects to be off crutches in about a month.

"I'm so grateful to be alive. I wake up in the morning and I'm like, 'Oh my God, I had a warm bed that I got to sleep in. And my body got to rest and to heal. My ankles are getting stronger.' Grateful for every breath. Grateful for everything. And I hope I never lose that," Eller said.