Who was Qassem Soleimani, the Iranian general killed by a U.S. airstrike?

At home, Iranian Gen. Qassem Soleimani was considered a figure of national resilience in the face of decades of U.S. pressure, while the U.S. and Israel saw him as a shadowy figure in command of Iran's proxy forces.

For Iranians, whose icons since the Islamic Revolution have largely been stern-faced clergy, Gen. Qassem Soleimani represented a figure of national resilience in the face of four decades of U.S. pressure.

For the U.S. and Israel, he was a shadowy figure in command of Iran's proxy forces, responsible for fighters in Syria backing President Bashar al-Assad and for the deaths of U.S. troops in Iraq.

On early Friday morning, a U.S. airstrike killed Soleimani, 62, and others as they travelled from Baghdad's international airport. The Pentagon said U.S. President Donald Trump ordered the U.S. military to take "decisive defensive action to protect U.S. personnel abroad by killing" a man once referred to by Iran's supreme leader, Ayatollah Ali Khamenei, as a "living martyr of the revolution."

Soleimani survived the horror of Iran's long war in the 1980s with Iraq to take control of the Revolutionary Guard's elite Quds Force, responsible for Iran's foreign campaigns.

Relatively unknown in Iran until the 2003 U.S. invasion of Iraq, Soleimani's popularity and mystique grew after U.S. officials first called for his killing that year. A decade and a half later, Soleimani had become Iran's most recognizable battlefield commander, ignoring calls to enter politics but becoming as powerful, if not more so, than its civilian leadership.

"The warfront is mankind's lost paradise," Soleimani recounted in a 2009 interview. "One type of paradise that is portrayed for mankind is streams, beautiful nymphs and greeneries. But there is another kind of paradise.... The warfront was the lost paradise of the human beings, indeed."

Soleimani's luck ran out on Friday, after being rumoured dead several times in his life. Those incidents included a 2006 airplane crash that killed other military officials in northwestern Iran and a 2012 bombing in Damascus that killed top aides of Assad. More recently, rumours circulated in November 2015 that Soleimani was killed or seriously wounded while leading forces loyal to Assad as they fought around Aleppo, Syria.

Iranian officials vowed to take revenge for Soleimani's killing amid months of tensions between Iran and the U.S. following Trump pulling out of the Iranian nuclear deal. 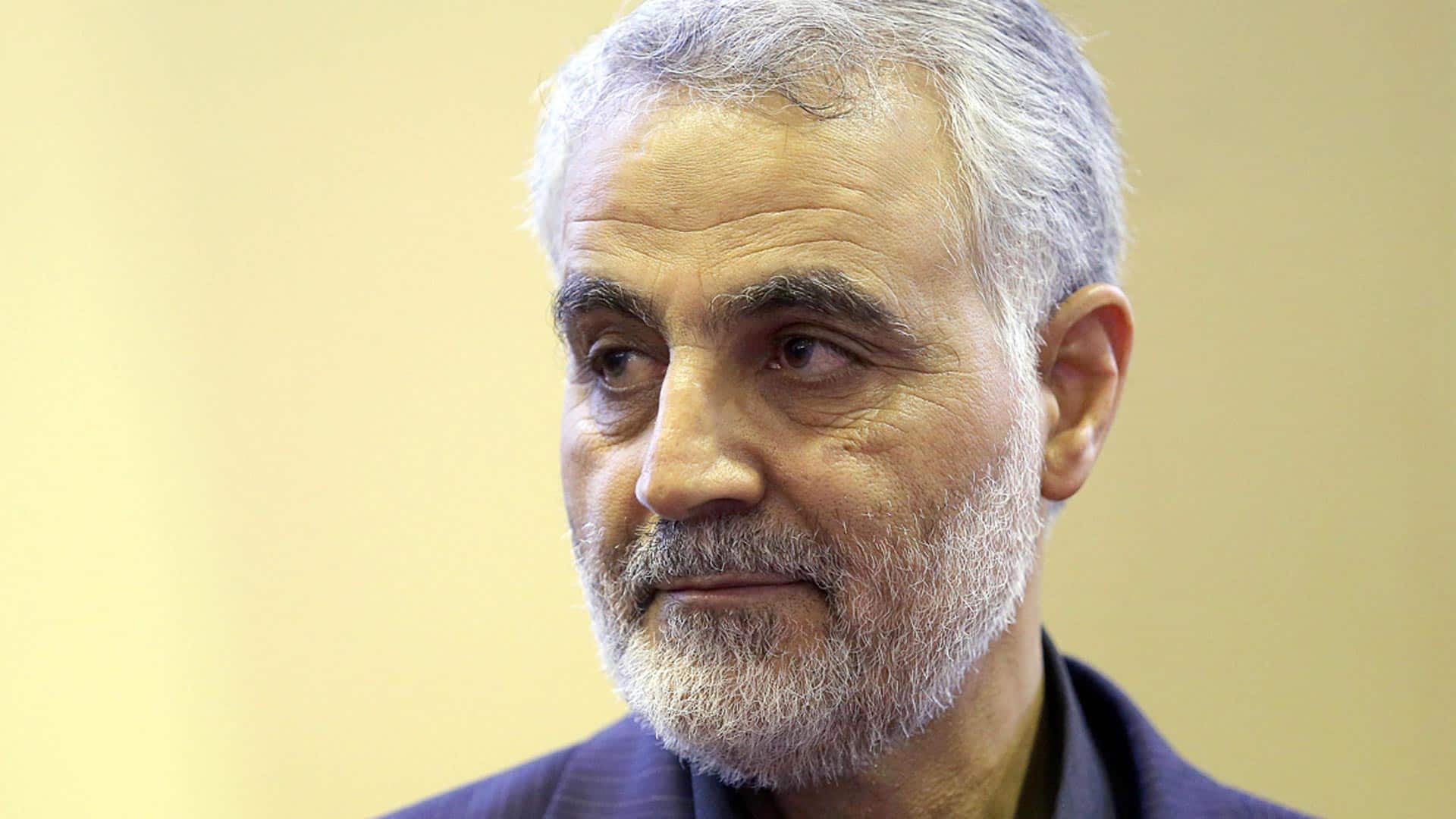 Who was Qassem Soleimani, the Iranian general that Trump ordered killed?

1 year agoVideo
3:09
Gen. Qassem Soleimani was head of Iran's elite Quds Force, which can be likened to a special forces unit. 3:09

"Trump through his gamble has dragged the U.S. into the most dangerous situation in the region," Hessameddin Ashena, an adviser to Iranian President Hassan Rouhani, wrote on the social media app Telegram. "Whoever put his foot beyond the red line should be ready to face its consequences."

Born March 11, 1957, Soleimani was said to have grown up near the mountainous and historic Iranian town of Rabor. The U.S. State Department has said he was born in the Iranian religious capital of Qom.

Little is known about his childhood, though Iranian accounts suggest Soleimani's father was a peasant who received a piece of land under the Shah Mohammad Reza Pahlavi, but later became encumbered by debts.

By the time he was 13, Soleimani began working in construction, later as an employee of the Kerman Water Organization. Iran's 1979 Islamic Revolution swept the shah from power and Soleimani joined the Revolutionary Guard in its wake. He deployed to Iran's northwest with forces that put down Kurdish unrest following the revolution.

Soon after, Iraq invaded Iran and began the countries' eight-year war. The fighting killed more than one million people and saw Iran send waves of lightly armed troops into minefields and the fire of Iraqi forces, including teenage soldiers. Solemani's unit and others came under attack by Iraqi chemical weapons as well.

Amid the carnage, Soleimani became known for his opposition to "meaningless deaths" on the battlefield, while still weeping at times with fervour when exhorting his men into combat, embracing each individually.

After the Iraq-Iran war, Soleimani largely disappeared from public view for several years, something analysts attribute to his wartime disagreements with Hashemi Rafsanjani, who would serve as Iran's president from 1989 to 1997. But after Rafsanjani, Soleimani became head of the Quds Force. He also grew so close to Ayatollah Khamenei that the supreme leader officiated the wedding of the general's daughter.

As chief of the Quds Force, Soleimani oversaw the Guard's foreign operations and would come to the attention of the Americans following the 2003 invasion of Iraq and the overthrow of Saddam Hussein.

Watch as an expert discusses the impact of Soleimani's killing: 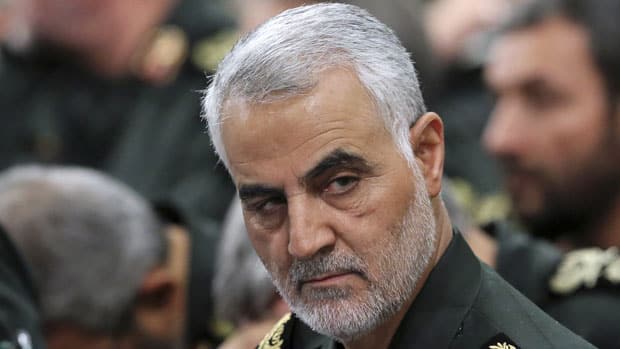 1 year agoVideo
11:50
The killing of Iranian Gen. Qassem Soleimani by a U.S. airstrike will inflame tensions but likely won't trigger an all-out war in the Middle East, according to Kamran Bokhari, the founding director of the U.S.-based Center for Global Policy. 11:50

In secret U.S. diplomatic cables released by WikiLeaks, U.S. officials openly discussed Iraqi efforts to reach out to Soleimani to stop rocket attacks on the highly secured Green Zone in Baghdad in 2009. A cable in 2007 outlines then-Iraqi President Jalal Talabani offering a U.S. official a message from Soleimani acknowledging having "hundreds" of agents in the country while also pledging, "I swear on the grave of [the late Ayatollah Ruhollah] Khomeini I haven't authorized a bullet against the U.S."

U.S. officials at the time dismissed Soleimani's claim, as they saw Iran as both an arsonist and a fireman in Iraq, controlling some Shia militias while simultaneously stirring dissent and launching attacks. U.S. forces would blame the Quds Force for an attack in Karbala that killed five American troops, as well as for training and supplying the bomb makers whose improvised explosive devices made IED — improvised explosive device — a dreaded acronym among soldiers.

In a 2010 speech, U.S. Gen. David Petraeus recounted a message from his Iranian counterpart that he said explained the scope of Soleimani's powers.

"He said, 'Gen. Petraeus, you should know that I, Qassem Soleimani, control the policy for Iran with respect to Iraq, Lebanon, Gaza and Afghanistan,"' Petraeus said.

The U.S. and the United Nations put Soleimani on sanctions lists in 2007, though his travels continued. In 2011, U.S. officials also named him as a defendant in an outlandish Quds Force plot to allegedly hire a purported Mexican drug cartel assassin to kill a Saudi diplomat.

The attention the West gave Soleimani only boosted his profile at home. He sat at Khamenei's side at key meetings. He famously met Syria's Assad in February together with the supreme leader — but without Iranian Foreign Minister Mohammad Javad Zarif present, which sparked a momentary resignation by the top Iranian diplomat.

Polling data routinely showed Soleimani rated more favourably than other public figures in Iran, according to the Center for International Studies at the University of Maryland. But Soleimani refused entreaties to enter politics.

Soleimani's greatest notoriety would arise from the Syrian civil war and the rapid expansion of the Islamic State. Iran, a major backer of Assad, sent Soleimani into Syria several times to lead attacks against IS and others opposed to Assad's rule. While a U.S.-led coalition focused on airstrikes, several ground victories for Iraqi forces came with photographs emerging of Soleimani leading, never wearing a flak jacket.

"Soleimani has taught us that death is the beginning of life, not the end of life," one Iraqi militia commander said.