As China deaths hit 722, WHO warns of global shortage of coronavirus protective equipment

The world is facing a chronic shortage of gowns, masks, gloves and other protective equipment in the fight against a spreading coronavirus epidemic, World Health Organization (WHO) chief Tedros Adhanom Ghebreyesus said on Friday.

The world is facing a chronic shortage of gowns, masks, gloves and other personal protective equipment (PPE) in the fight against a spreading coronavirus epidemic, World Health Organization (WHO) chief Tedros Adhanom Ghebreyesus said on Friday.

The UN agency has been sending testing kits, masks, gloves, respirators and gowns to every region, he told the WHO executive board in Geneva.

"This afternoon I will be speaking to the pandemic supply chain network to identify the bottlenecks and find solutions and push [for] fairness in distribution of equipment," he said.

He said demand is up — and so are prices.

The leader of the WHO said he spoke to manufacturers, distributors and logistics providers to make sure that supplies like N95 masks get to the health-care workers who need them.

"There is limited stock of PPE and we need to make sure we get it to the people who need it most in the places that need it most," he said. The first priority is health-care workers, he said, followed by people who are sick and caregivers.

"We all have a part to play in keeping each other safe," he told reporters who gathered for the daily briefing in Geneva.

WATCH: Mike Ryan, head of the WHO's emergency program, talks about sharing information on coronavirus. 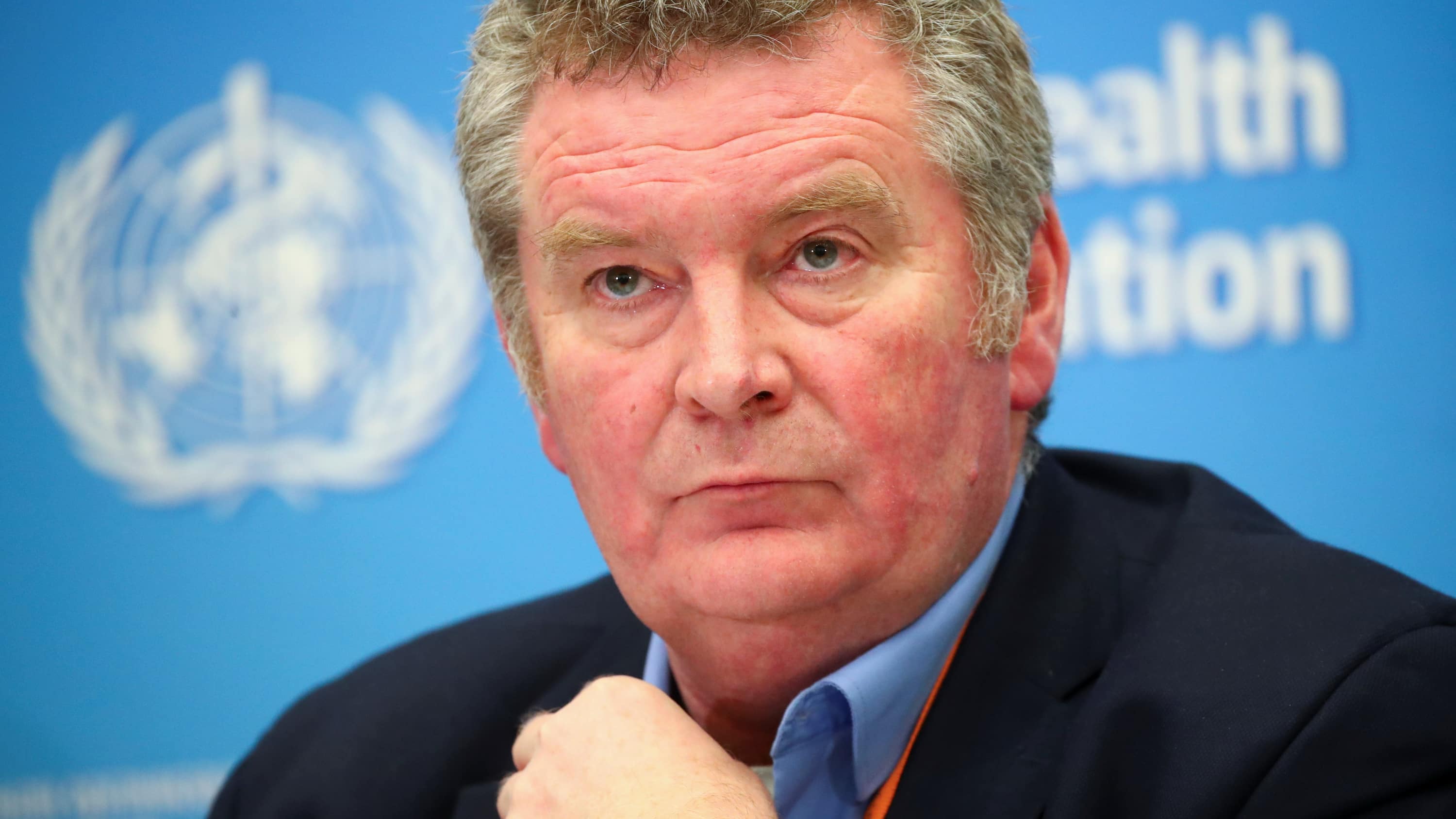 WHO talks misunderstanding vs. misinformation

1 year ago
1:34
The WHO says it can deal with misunderstandings around the coronavirus, but misinformation is another matter entirely. 1:34

During its technical briefing for member states, there was discussion about naming the virus — which emerged in a seafood market in the central Chinese city of Wuhan in late December.

The WHO has already assigned an interim name of 2019-nCOV (novel coronavirus) acute respiratory disease.

"We thought it very important that we provide an interim name so no location was associated with the name. I'm sure you have seen many media reports that are still calling this, using the name Wuhan or using China," WHO epidemiologist Maria van Kerkhove told the board.

"We wanted to ensure that there was no stigma associated with this virus, and so we've put out this interim name," she said.

Dr. Mike Ryan, WHO's top emergency expert, said: "I think the bigger point here is to ensure that some of the actions, some of the reactions internationally, it is the responsibility of us all to ensure there is no stigma associated with this disease.

"The unnecessary, unhelpful profiling of individuals based on ethnicity is utterly and completely unacceptable and it needs to stop. Governments have a responsibility to communicate with their populations on this," Ryan told the board.

The death toll from from the outbreak in mainland China reached 722 by the end of Friday, up by 86 from the previous day, the country's National Health Commission said.

Hubei province, the epicentre of the outbreak, reported 81 deaths, while in the provincial capital of Wuhan 67 people died.

Across mainland China, there were 3,399 new confirmed infections on Friday, bringing the total so far to 31,774.

The outbreak has sparked travel restrictions, airline cancellations and the quarantine of people on board at least two cruise ships.

One of the ships, the Diamond Princess, has hundreds of Canadians on board, including Trudy Clement of Callander, Ont.

Clement said on Friday that seeing the number of cases rise has been scary.

"It's distressing. We've seen the ambulances coming and going all day long. Just looking over our balcony we've seen the people loaded on and taken away," she told CBC News Network's Heather Hiscox.

WATCH | See how a Canadian passenger is coping with cruise ship quarantine: 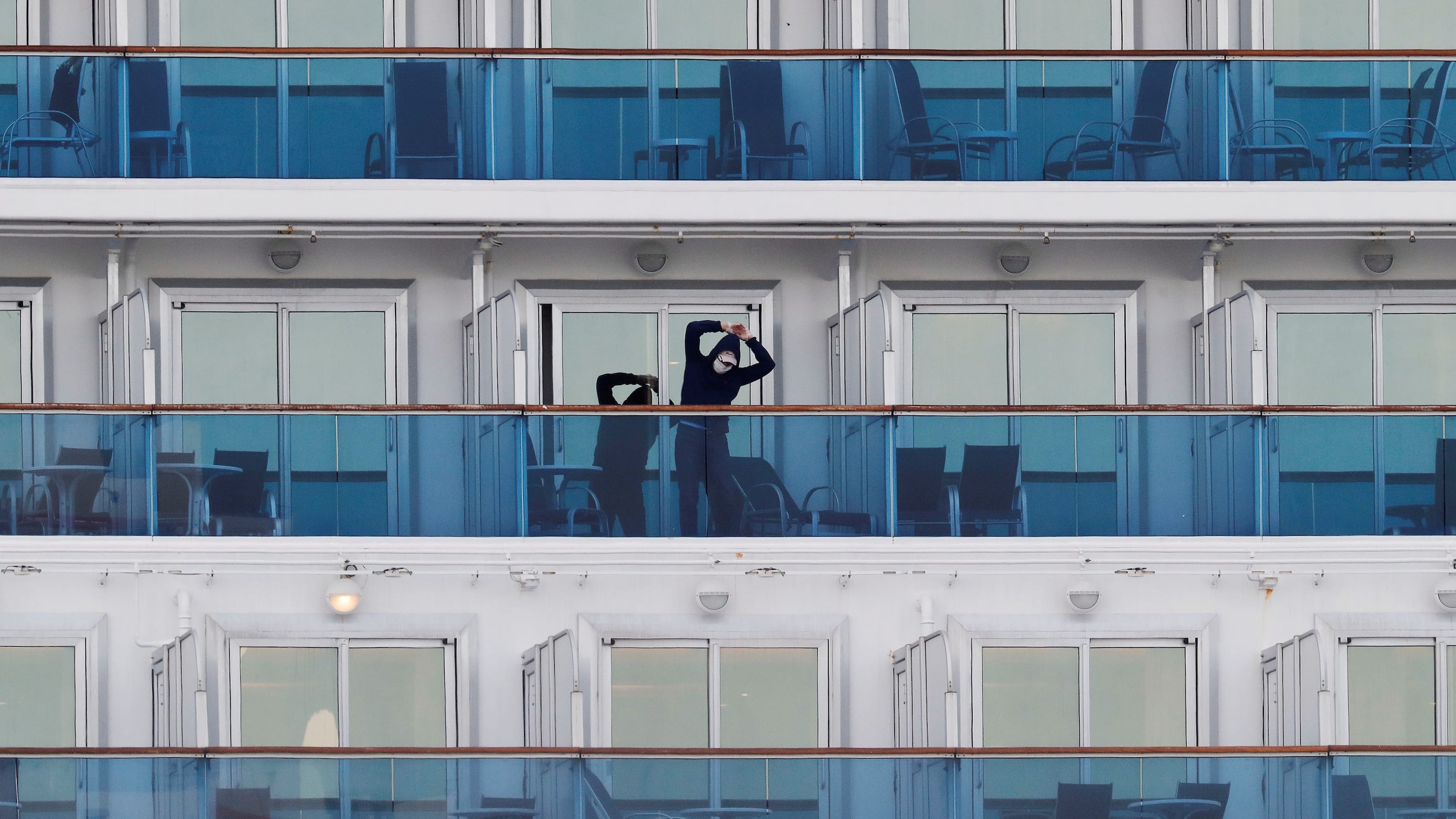 Canadian on quarantined cruise distressed over rise in coronavirus cases

There were 41 new cases among about 3,700 people quarantined on the cruise ship moored off Japan, taking the total on board to 61.

There are seven Canadians with confirmed cases of the coronavirus contracted aboard the Diamond Princess cruise ship docked in the port city of Yokohama, just outside Tokyo. Those patients have been taken to Japanese hospitals for treatment and monitoring.

According to the cruise company, the Japanese health ministry said that the quarantine will end Feb. 19, unless there are "unforeseen developments."

With files from The Associated Press and CBC's Jennifer Walter