A World Health Organization (WHO) panel of experts on the new coronavirus said Thursday "it is a bit too early" to consider the outbreak an international emergency — but it may become one, the organization's chief said.

A World Health Organization (WHO) panel of experts on the new coronavirus said Thursday "it is a bit too early" to consider the outbreak an international emergency — but it may become one, the organization's chief said.

WHO Director-General Tedros Adhanom Ghebreyesus said while the outbreak is an emergency in China, "it has not yet become a global health emergency."

The 16 independent experts in disease control, virology, epidemiology and vaccine development were holding a second closed-door meeting at the UN agency's headquarters in Geneva after not reaching a decision on Wednesday. Tedros said the committee was divided again on Thursday.

Watch | Tedros explains why the new coronavirus is not a global emergency yet:

WHO explains why new coronavirus is not yet a global emergency

1 year ago
1:42
The organization's director-general says the decision is based partly on who is getting the coronavirus at this time.    1:42

The new coronavirus that first appeared in the Chinese city of Wuhan has killed 25 people and infected 830, according to Chinese health authorities. Most of the cases have been in China, but cases have been detected as far away as Thailand.

The update Friday morning also confirmed the first death outside the central province of Hubei, where Wuhan is located.

WHO defines a global emergency as an "extraordinary event" that constitutes a risk to other countries and requires a coordinated international response.  "For the moment, the WHO does not recommend any broader restrictions on travel or trade," Tedros said.

Previous global emergencies have been declared for crises including the emergence of Zika virus in the Americas, the swine flu pandemic and polio.

A declaration of a global emergency typically brings greater money and resources, but may also prompt nervous foreign governments to restrict travel and trade to affected countries. Deciding whether an outbreak amounts to an international crisis can therefore also be politically fraught.

In 2014, WHO initially resisted declaring the devastating Ebola epidemic in West Africa to be a global emergency because it feared the announcement would anger Guinea, Liberia and Sierra Leone. The UN agency ultimately declared the Ebola outbreak a global emergency after more than 1,000 people had died and the virus had spread across multiple national borders.

The Canadian government urged travellers on Thursday to "exercise a high degree of caution in China due to the risk of arbitrary enforcement of local laws," a notice that is one level below an official travel advisory. The government previously said in a travel health notice that the "overall risk to Canadian travellers and to Canada remains low." 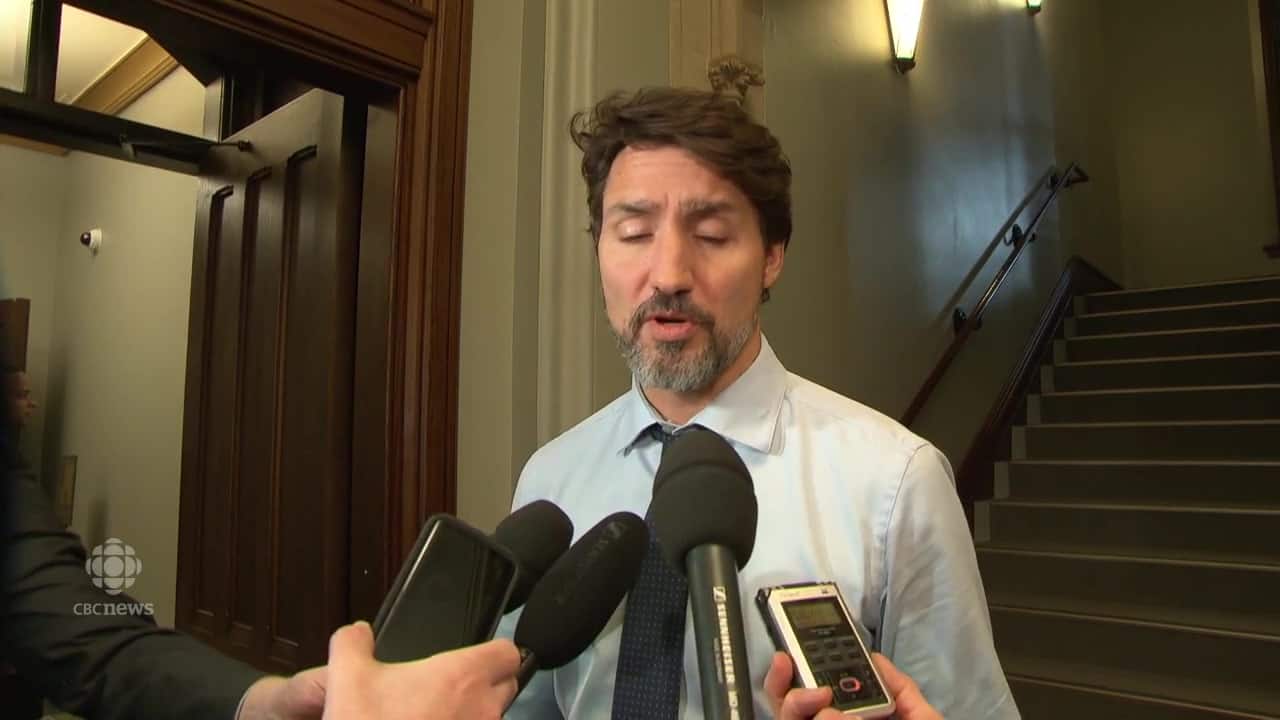 1 year ago
0:20
Prime Minister Justin Trudeau spoke to reporters during a break in his party's caucus meeting on Thursday 0:20

Meanwhile, the U.S. Centers for Disease Control and Prevention raised its travel alert for the coronavirus outbreak to a Level 3, recommending people avoid all non-essential travel to Wuhan. A CDC spokesperson later said the agency is seeking emergency authorization from the Food and Drug Administration (FDA) to allow states to use its diagnostic test for the outbreak.

Early this week, the agency said it expected to see more cases of the coronavirus in the U.S. after a man was found carrying the virus in Seattle on Wednesday. It has announced plans to expand screening to airports in Atlanta and Chicago.

Chinese health authorities made a presentation by teleconference and have allowed a WHO team into the country that is due to report back to the panel. Tedros said China had taken measures that the WHO believes are appropriate.

Peter Piot, a professor of global health and director of the London School of Hygiene and Tropical Medicine, said the outbreak was at a critical phase.

"Regardless of the decision not to declare this a public health emergency of international concern, intensified international collaboration and more resources will be crucial to stopping this outbreak in its tracks," he said. "National authorities and the World Health Organization will need to continue to monitor developments very closely."

In separate developments, three research teams are to start work on developing potential vaccines against the new coronavirus, a global coalition set up to fight diseases said on Thursday.

The Coalition for Epidemic Preparedness Innovations (CEPI), which is co-funding the emergency projects, said the plan was to have at least one potential vaccine in clinical trials by June.

The research will be conducted by the drug and vaccine developer, Moderna, working with the U.S. National Institute of Allergy and Infectious Diseases, the U.S. firm Inovio Pharma, and a team at the University of Queensland, Australia.

Each of the three projects will test a distinct scientific approach to developing a preventative vaccine against the China virus, known as nCoV-2019.

"Our aspiration with these technologies is to bring a new pathogen from gene sequence to clinical testing in 16 weeks," said Richard Hatchett, CEPI's chief executive.

"There are no guarantees of success, but we hope this work could provide a significant and important step forward in developing a vaccine for this disease."