The number of new coronavirus infections inside China — the source of the outbreak — was for the first time overtaken by fresh cases elsewhere on Wednesday, with Italy and Iran emerging as new epicentres of the rapidly spreading illness. 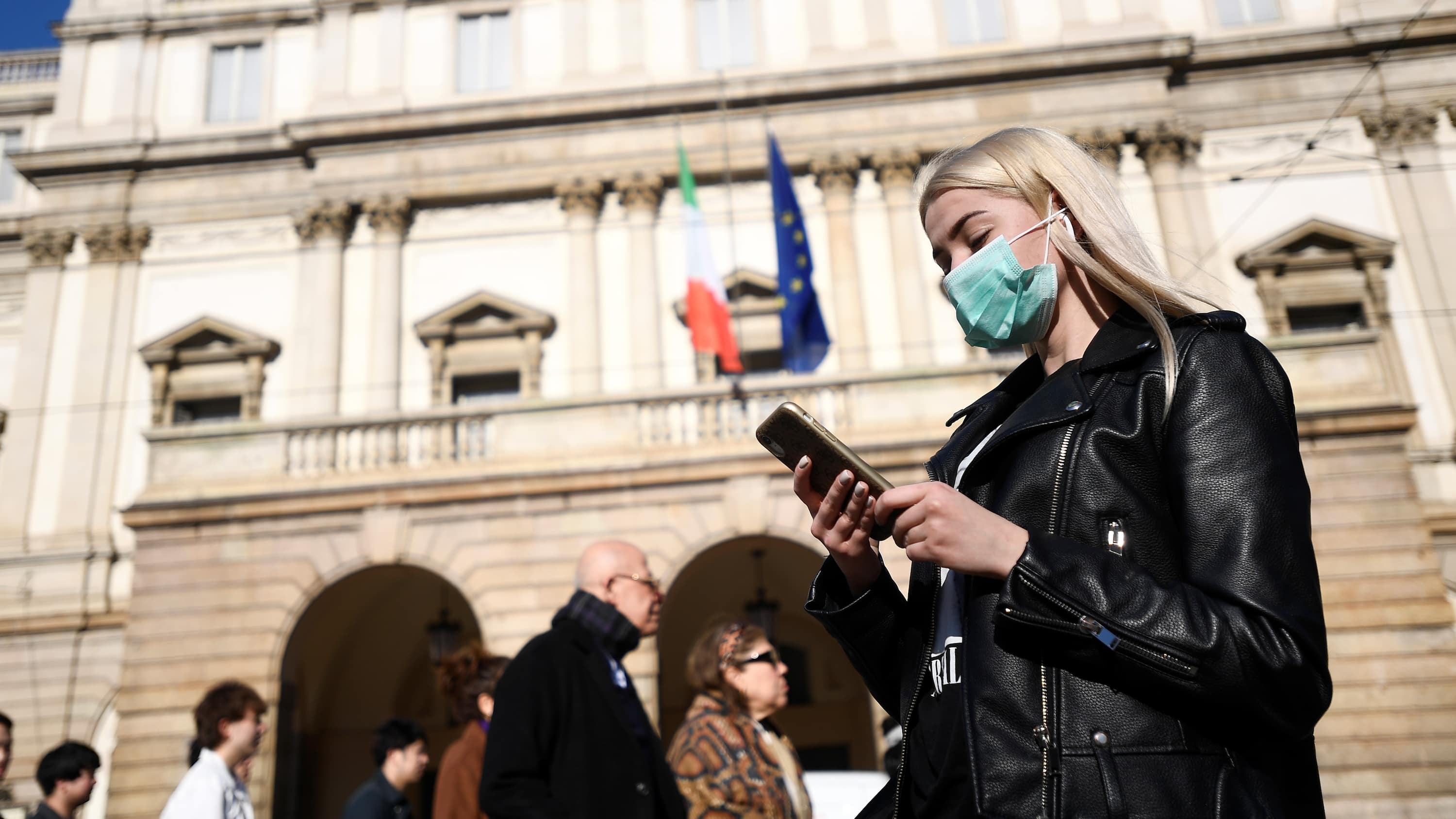 1 year ago
2:26
'Many groups are afraid to come to Italy,' says a Milan tourism operator, who is now struggling to find work. 2:26

The number of new coronavirus infections inside China — the source of the outbreak — was for the first time overtaken by fresh cases elsewhere on Wednesday, with Italy and Iran emerging as new epicentres of the rapidly spreading illness.

U.S. health authorities, managing 59 cases so far — mostly Americans repatriated from a cruise ship in Japan — have said a global pandemic is likely.

The virus that can lead to pneumonia is believed to have originated in a market selling wildlife in the central Chinese city of Wuhan late last year. It has infected about 81,000 people and killed more than 2,700, the vast majority in China.

World Health Orginzation (WHO) chief Tedros Adhanom Ghebreyesus advised diplomats in Geneva on Wednesday against speaking of a pandemic, which the WHO defines as the worldwide spread of a new disease.

Watch: Will coronavirus become a pandemic? 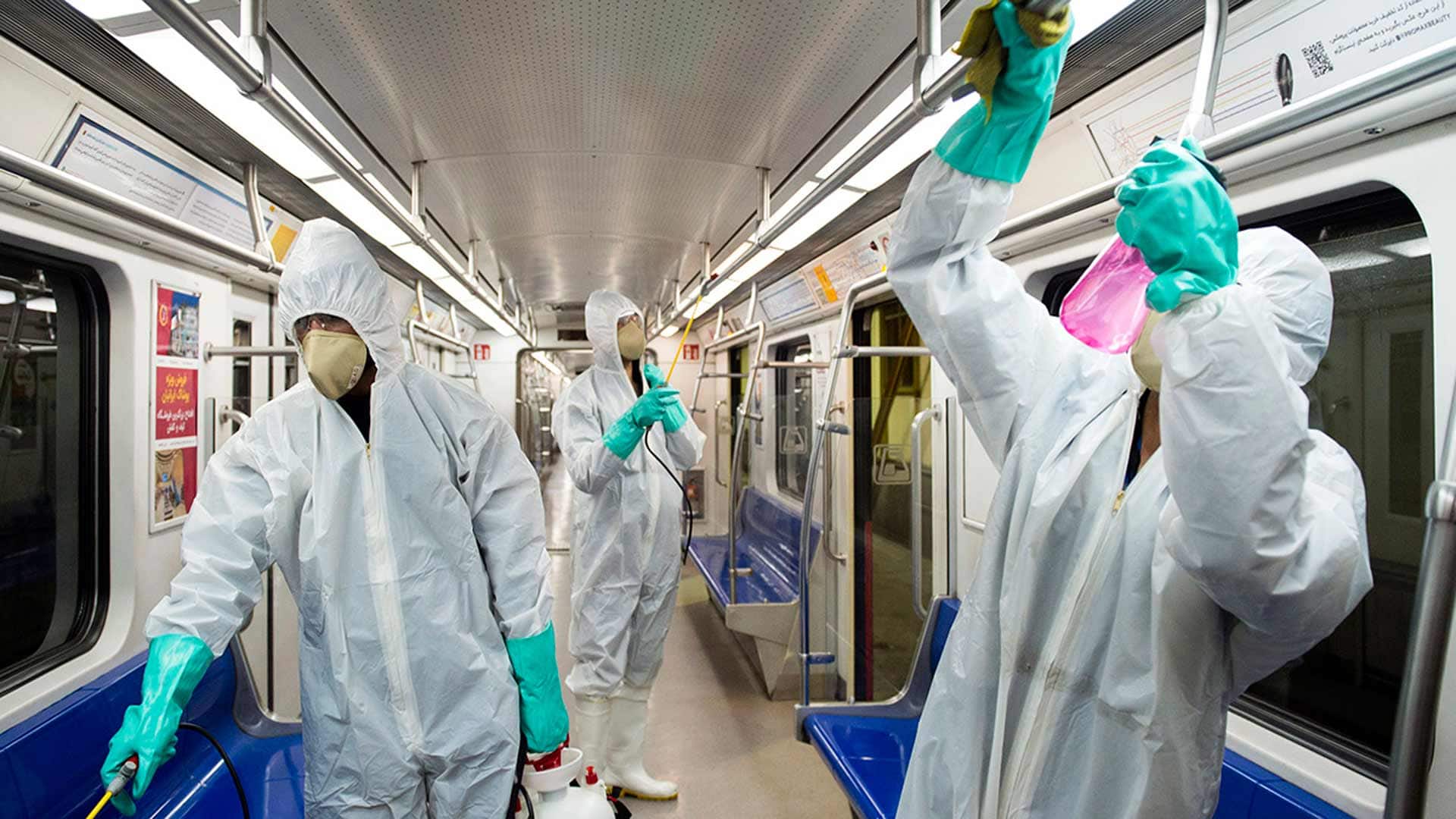 Will coronavirus become a pandemic?

1 year ago
11:37
A group of infectious disease specialists unpack why the coronavirus is causing renewed alarm around the world and what travellers should know. 11:37

While the sudden rise in cases of novel coronavirus in Italy, Iran and South Korea is "deeply concerning," the virus can still be contained and does not amount to a pandemic, he said on Wednesday.

"Using the word pandemic carelessly has no tangible benefit, but it does have significant risk in terms of amplifying unnecessary and unjustified fear and stigma, and paralyzing systems. It may also signal that we can no longer contain the virus, which is not true," Tedros Adhanom Ghebreyesus said in remarks to Geneva-based diplomats.

He also said that a WHO mission to Iran — which was initially supposed to go to the Islamic Republic on Tuesday — would now travel at the weekend.

Here's the latest in Canada

On Wednesday, public health officials in Ontario reported a fifth case of COVID-19, saying a woman in her 60s with a travel history to Iran went to the ER at Sunnybrook Health Sciences Centre in Toronto on Monday. A sample will be tested at the National Microbiology Lab in Winnipeg for confirmation.

"As per established infection prevention and control protocols, the patient was cared for at the hospital using all appropriate precautions, including being isolated as she was tested for COVID-19," the statement said, adding that the woman is now in self-isolation at home. 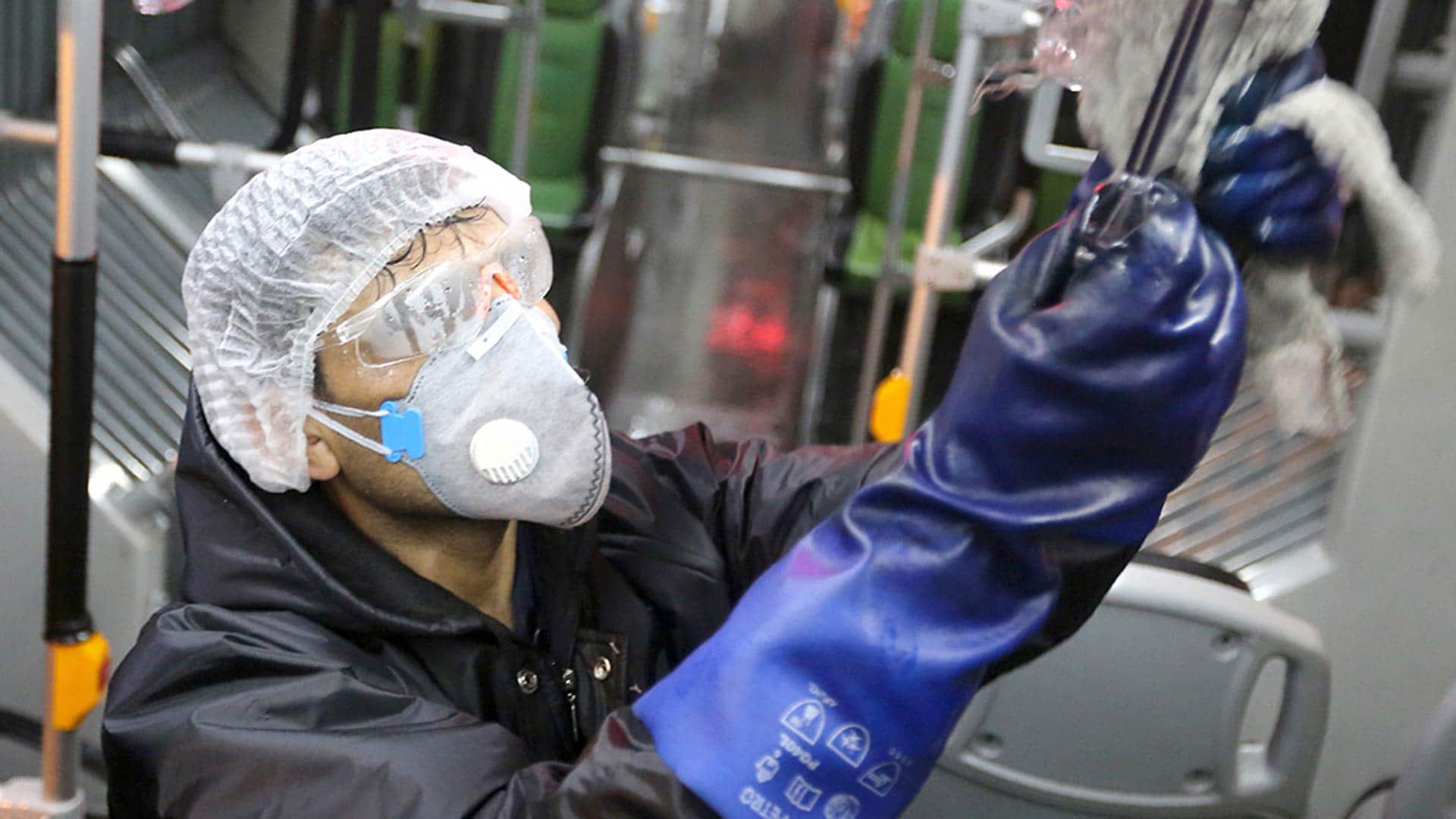 1 year ago
2:04
With COVID-19 appearing in more countries worldwide, contingency plans are underway for a coronavirus pandemic. 2:04

Public health officials in B.C. announced a seventh case in that province earlier this week, saying a man in his 40s had tested positive for coronavirus. He had been a close contact of a woman who had contracted the virus.

Dozens of Canadians who tested positive for the virus while on a cruise in Japan are still under quarantine in that country, while hundreds more have been repatriated from Japan and China to complete another quarantine here.

Public health officials say the risk to the public in Canada is low. Dr. Theresa Tam, Canada's chief medical officer, recently said on Twitter that health authorities across the country are working together to "assess the evolving risk, incorporate emerging knowledge and adapt our response to this rapidly changing situation."

Tam also said that 15 flight crew members who accompanied evacuees from the cruise ship in Japan have been released from the NAV Centre in Cornwall, Ont. — where repatriated passengers that did not show symptoms were under quarantine — because "they did not have unprotected contact with passengers or persons at risk of having the novel coronavirus."

South Korea reported 334 more cases on Wednesday, bringing its total to 1,595. Most of the new cases were in the country's fourth-biggest city, Daegu, where the outbreak has hit hardest and the national government has mobilized public health tools to assist the region's overwhelmed medical system.

But there are signs the virus is spreading further in South Korea with 55 cases reported so far in the capital, Seoul, and 58 in the second-largest city, Busan.

The U.S. military said a 23-year-old soldier based in Camp Carroll, about 20 kilometres from Daegu, had been infected and was in self-quarantine at home.

The South Korean military announced 20 cases on its bases and some 9,570 people in isolation. The U.S. and South Korea have indefinitely postponed joint military drills due to the virus.

In Japan, Prime Minister Shinzo Abe called for sports and cultural events to be scrapped or curtailed for two weeks to stem the virus as concern mounted for the 2020 Tokyo Olympics.

Japan has nearly 170 virus cases and 691 linked to the Diamond Princess cruise ship that was quarantined this month. Six people have died in Japan, including four from the ship.

At least 47 Canadians who were on board the ship tested positive for COVID-19. Canadian passengers who did not test positive were flown home and are currently under quarantine in Ontario. Those who tested positive are in Japanese health centres.

Here's the latest from the Middle East

Saudi Arabia temporarily suspended entry to the kingdom for the Umrah Islamic pilgrimage and visits to al Masjid Al Nabawy in Medina, the ministry of foreign affairs announced on Twitter on Thursday local time.

President Hassan Rouhani said Wednesday that it could take "one, two or three weeks" to get control of the virus in Iran, a country of roughly 80 million people that has been isolated by economic sanctions.

The country has to date reported 139 cases, but that figure is doubted by some who say the problem there is likely much bigger.

"We don't expect a miracle in the short term," said Kianoush Jahanpour of the health ministry in Iran.

Cases linked to Iran have been reported across the region.

Kuwait's health ministry said on Twitter on Wednesday that the number of people diagnosed with COVID-19 in the country had risen to 25 after 13 more cases were confirmed. The ministry also said in a statement that the new cases were related to people travelling to Iran.

Bahrain had previously said its infections had risen to 26 after three new ones in people arriving on a flight from Iran.

Iraqi citizens are banned from travelling to a number of countries hard-hit by coronavirus — including China, South Korea, Italy and Iran —  Iraq's health minister said on Wednesday in a decree seen by Reuters. The country also ordered the closure of public gatherings — such as movie theatres, coffee shops and clubs — and suspended schools starting Thursday until March 7. Iraq has five confirmed cases, according to the WHO.

Here's the latest from Europe

In Europe, Italy has become an area of concern as the outbreak grows. Cafés and restaurants in Milan, a city of 1.3 million people, were half empty; far fewer people than usual were using public transport; and hotels reported a wave of cancellations. Other northern towns and cities including Venice saw similar trends.

Serie A, Italy's top soccer league, announced that several matches were to be played behind closed doors and without fans in attendance.

A 12th person in northern Italy died as a result of contracting the coronavirus, while the number of confirmed cases has risen to 374, an increase of more than 50 from the day before, the head of the Civil Protection agency said Wednesday. 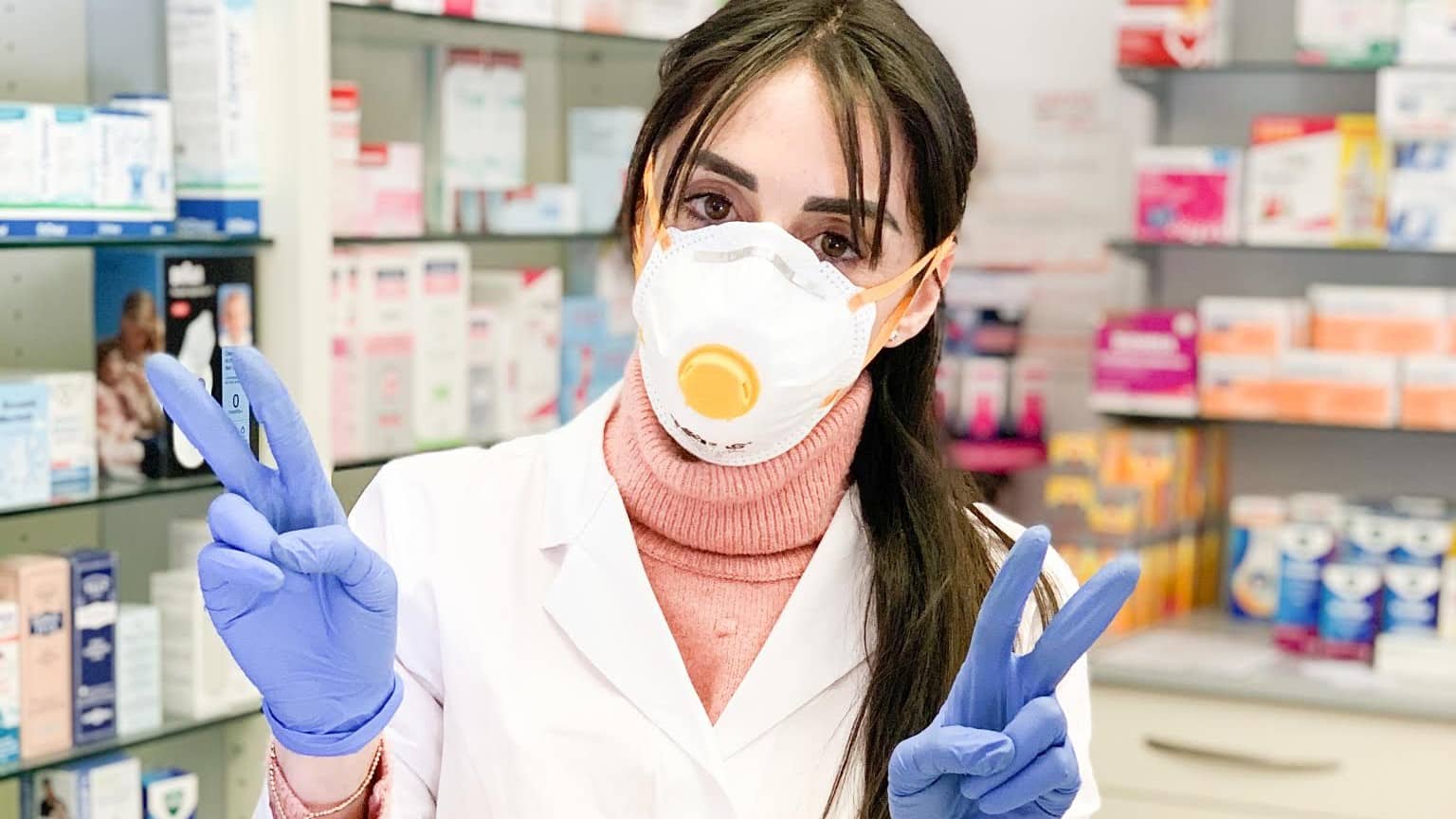 Angelo Borrelli told reporters the deceased man was 69. All those who have died so far in the outbreak, which came to light in Italy last Friday, have been elderly and most had underlying health problems.

Italians or people who had recently visited the country, have tested positive in Algeria, Austria, Croatia, Romania, Spain and Switzerland.

Two hotels, one in Austria and one in Spain's Canary Islands, were also locked down after cases emerged linked to Italy. Spain also reported its first three cases on the mainland.