Health authorities reported 116 new deaths from coronavirus in China's Hubei province on Thursday — less than half the number reported the previous day.

Outside China, largest concentration of confirmed cases is among Diamond Princess passengers

The death toll from a coronavirus outbreak in China's Hubei province rose by 116 by the end of Thursday, health officials there said, less than half the number of deaths from the day before.

Hubei province's health commission said it had also recorded 4,823 new cases of the disease, recently named COVID-19, taking the total in the province to 51,986. Over four fifths of the province's new cases were in Wuhan, where the new coronavirus first emerged in December,

The number of newly reported infections was down sharply from the end of Wednesday, when a change in the methods of diagnosing and reporting patients had led to a record number of reported cases.

They had previously only allowed infections to be confirmed by RNA tests, which can take days to process. RNA, or ribonucleic acid, carries genetic information allowing for identification of organisms like viruses.

In a news briefing on Thursday morning in Geneva, WHO emphasized that the large increase in cases did not necessarily indicate a spike in new infections.

"Crucially, we understand that most of these cases relate to a period going back over days and weeks and are retrospectively reported as cases, sometimes back to the beginning of the outbreak itself," said Dr. Mike Ryan, executive director of WHO's health emergencies program, said at the briefing.

The increase on Thursday was "largely, in part, down to a change in how cases are being diagnosed and reported," he said.

"This does not represent a significant change in the trajectory of the outbreak."

The majority of China's new cases continue to be in Hubei. Across the mainland, there were 121 new deaths and a total of 5,090 new coronavirus cases on Thursday, China's National Health Commission reported. The total number of cases to date on the mainland is more than 55,000.

Allowing trained medical professionals in Hubei to confirm coronavirus cases on the basis of CT imaging rather than waiting for laboratory confirmation allowed patients to get care more quickly and expedite public health measures such as tracking down others who may have been exposed to the virus, Ryan said.

Ryan said in the rest of China — and the rest of the world — lab confirmation is still necessary.

"For consistency," WHO's Thursday coronavirus report said, it was not including the cases that were not lab-confirmed in its own daily tally.

There have been 447 coronavirus cases in 24 countries outside of China, WHO said.

The epidemic, believed to have emerged from a Wuhan market where wildlife was traded illegally, has given China's ruling Communist Party one of its sternest challenges in years, constrained the world's second-largest economy and triggered a purge of provincial bureaucrats.

Provincial Communist Party boss Jiang Chaoliang was fired as secretary of the Hubei Provincial Committee, and Shanghai's former mayor Ying Yong has been appointed to replace him, state media said. It also reported that Ma Guoqiang was removed as the party's chief in Wuhan.

Diamond Princess passengers may be allowed off ship

As of Thursday, there have been 447 coronavirus cases in 24 countries outside of China, WHO said. Seven of those are in Canada — four in British Columbia and three in Ontario, according to the Public Health Agency of Canada.

The biggest concentration of confirmed cases outside of mainland China, according to WHO, is from the Diamond Princess cruise ship, docked near Tokyo, where 3,500 passengers have been under quarantine since last week

As of Thursday, 218 passengers had tested positive for the coronavirus, including 12 Canadians, WHO said.

"Outside cases on the Diamond Princess cruise ship, we are not seeing dramatic increases in cases outside China," Ryan said.

The 12 Canadians who contracted the virus on board the ship have been moved to Japanese health facilities, and at least three have required hospitalization, Canadian Foreign Affairs Minister François-Philippe Champagne told reporters while travelling with the prime minister in Senegal on a diplomatic trip.

Champagne said emergency response teams and consular officials are in Japan to make sure Canadians are receiving the help they need.

"We know that there are some people who need medications on board, they want to have contact with their families. We're facilitating that," Champagne said. 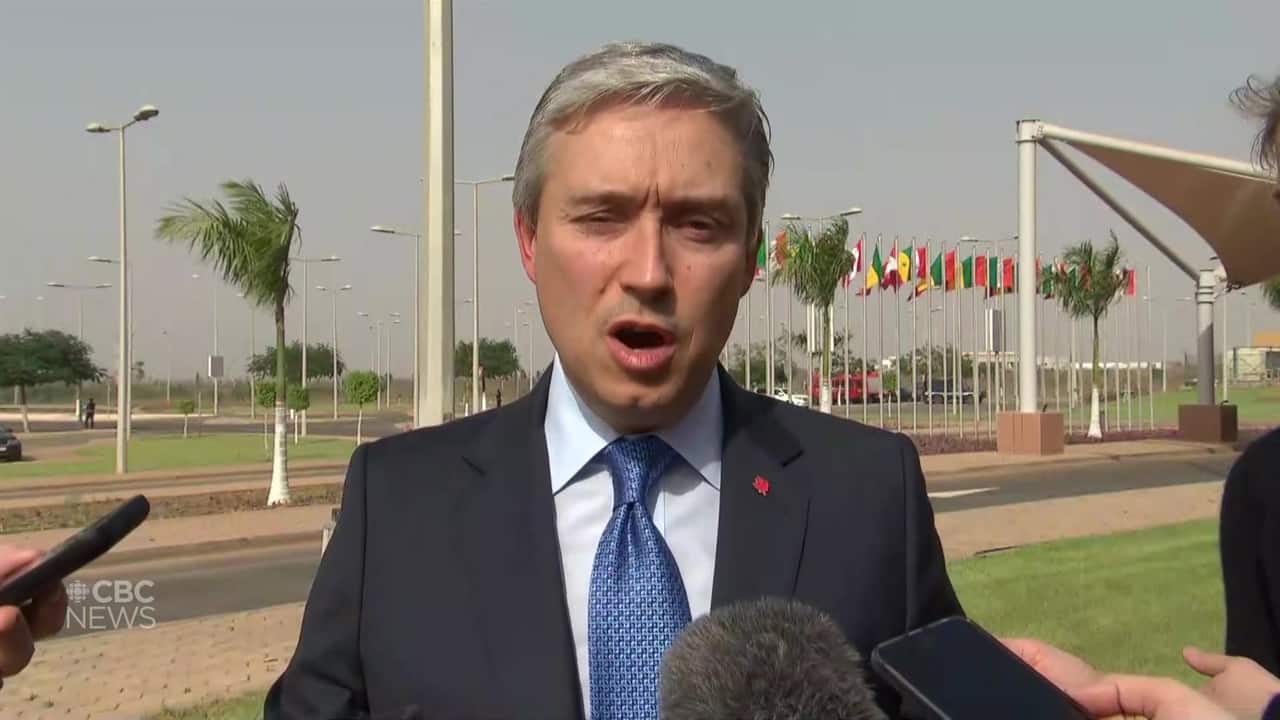 Champagne on the latest coronavirus numbers

12 months agoVideo
0:44
Foreign Minister Francois-Philippe Champagne updates numbers of Canadians infected by the coronavirus on the cruise ship in Japan. 0:44

Japanese authorities might soon allow passengers who have not tested positive for the virus but remain quarantined aboard the ship to disembark and finish out their isolation on land.

Japan plans to move passengers who wish to leave the ship in phases, with the most "medically vulnerable" guests being moved in the first phase, according to Princess Cruises, the line that owns the Diamond Princess.

That first group of people will be tested for the virus, and if they test negative, will be taken to a quarantine housing facility, the cruise line said in a press release.

If they test positive, they'll be moved to a health facility.

The shore-side quarantine centre will include individual rooms with private bathrooms, and while passengers will continue to receive their medical prescriptions, they will not have access to specialized or Western meals. They will be served Japanese bento boxes for the duration of the quarantine, according to the release.

Everyone who wishes to stay on the ship will be allowed to do so.

Meanwhile, passengers were finally allowed to leave another ship, the Westerdam, after it docked in the Cambodian port town of Sihanoukville.

Thailand refused to allow the Westerdam to dock this week after it had already been turned away by the Philippines, Taiwan, Japan and Guam over coronavirus concerns.

No cases of the illness had been confirmed among its 1,455 passengers and 802 crew members, according to its operator, Holland America. The ship had anchored offshore to allow Cambodian officials to board and collect samples from passengers with any signs of ill health or flu-like symptoms.

Cambodian Prime Minister Hun Sen greeted the passengers with handshakes and bouquets of roses as they stepped off the ship and boarded a waiting bus.

Champagne said there were about 250 Canadian passengers on the Westerdam and that they will be returned to Canada at Holland America's expense.

About 400 Canadians quarantined in Trenton

As for Canadians still in the centre of the viral outbreak, Champagne said all the 400 or so Canadians who wished to leave Hubei, the Chinese province that includes the city of Wuhan, have been repatriated and are quarantined in southern Ontario, at Canadian Forces Base Trenton.

There are still permanent Canadian residents in Hubei, he said. Though Chinese authorities initially stipulated that only Canadian passport holders would be able to leave the quarantined region, they seem to have relaxed that rule, Champagne said, but he did not elaborate on whether Canada would make arrangements to fly more of them out.

The last flight chartered by the Canadian government to evacuate people from the city of Wuhan, which landed at CFB Trenton on Tuesday, was the last the government plans to send to the region. Those Canadians who chose to stay behind in Hubei have been provided with consular services, Champagne said.

On Thursday, Japan confirmed its first coronavirus death — an 80-year-old woman who lived in an area that borders on Tokyo, health officials said.

Health Minister Katsunobu Kato says the woman had been treated at a hospital near Tokyo since early February after developing symptoms. Her infection was confirmed after her death.

CDC says U.S. has another case

In the U.S., the Centers for Disease Control confirmed another coronavirus case — the 15th case of COVID-19 in the country.

"The patient is among a group of people under a federal quarantine order at JBSA-Lackland in Texas because of their recent return to the U.S. on a State Department-chartered flight," the CDC said in a statement.

The person who tested positive is in isolation at hospital. 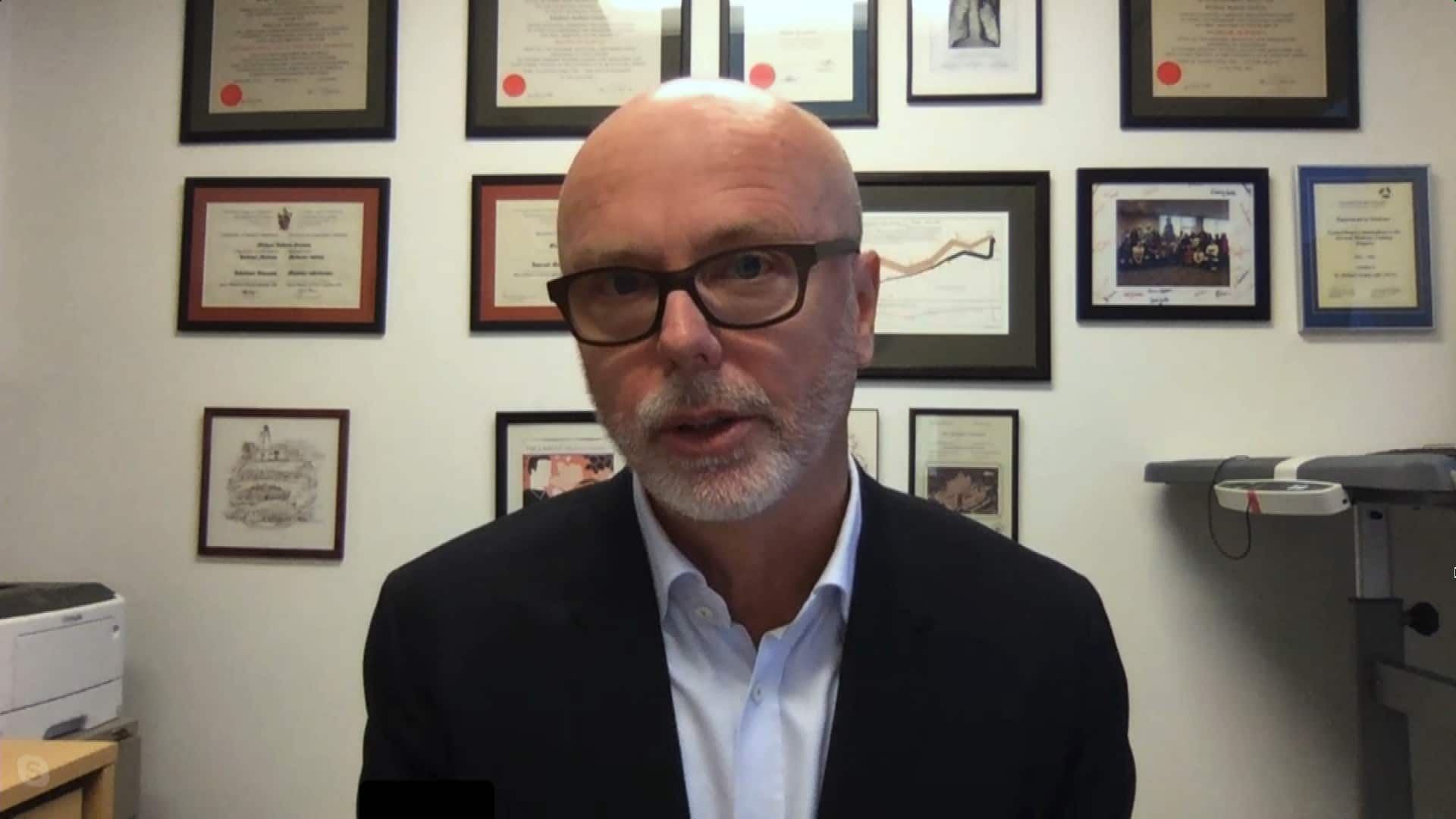 12 months agoVideo
8:47
Dr. Michael Gardam, who was on the front lines during the SARS crisis, answers pressing questions about the coronavirus outbreak.  8:47

The CDC said 195 people were released from quarantine on Tuesday, but noted there are more than 600 people who returned to the U.S. on charter flights who are still living under federal quarantine.

In Vietnam, official media reported that a commune of 10,000 residents northwest of the capital Hanoi was put in lockdown due to a cluster of cases there. The online newspaper VN Express cited a senior official of Ving Phuc province as reporting an increase in cases in Son Loi commune. Vietnam has confirmed 16 cases of the disease, most of them in Son Loi.