Amy Cooper, the white woman charged with filing a false police report for calling 911 during a videotaped dispute with a Black man in New York's Central Park, could resolve the case by participating in a program to educate her and the community "on the harm caused by such actions," a prosecutor said Wednesday.

Amy Cooper, the white woman charged with filing a false police report for calling 911 during a videotaped dispute with a Black man in New York's Central Park in May, could resolve the case by participating in a program to educate her and the community "on the harm caused by such actions," a prosecutor said Wednesday.

Cooper appeared by video at an arraignment but did not enter a plea to the misdemeanor charge. The case, which had been on hold because of the coronavirus pandemic after garnering worldwide attention, was adjourned until Nov. 17 to allow prosecutors and her lawyer to work on a possible resolution.

Cooper made two 911 calls about the encounter, prosecutors said. In the call captured on a widely seen video of their exchange, she claimed the man was threatening her. In the second, previously unreported call, prosecutors said Cooper falsely alleged the man had "tried to assault her."

"Using the police in a way that is both racially offensive and designed to intimidate is something that can't be ignored. Therefore we charged her," said Assistant District Attorney Joan Illuzzi-Orbon, whose last high-profile prosecution sent Harvey Weinstein to prison in March for rape.

Illuzzi didn't get into details on what actions Cooper might be required to take, but said the 40-year-old former investment portfolio manager would have to take responsibility for her actions.

The criminal process "can be an opportunity for introspection and education," Illuzzi said. The range of options could include some type of racial sensitivity training or a public awareness campaign.

In a statement, Manhattan District Attorney Cyrus Vance Jr. said his office "will pursue a resolution of this case which holds Ms. Cooper accountable while healing our community, restoring justice, and deterring others from perpetuating this racist practice."

Fired from her job

Cooper drew widespread condemnation and was fired from her job at investment firm Franklin Templeton after frantically calling 911 to claim she was being threatened by "an African American man," bird watcher Christian Cooper, who had confronted her for walking her dog without a leash.

On the video Christian Cooper recorded of Amy Cooper, he sounded calm and appeared to keep a safe distance from her.

In the video posted on social media, Christian Cooper claimed her cocker spaniel was "tearing through the plantings" in the Ramble, a secluded section of Central Park popular with bird watchers, and told her she should go to another part of the park. When she refused, he pulled out dog treats, causing her to scream at him to not come near her dog.

Amy Cooper also warned him she would summon police unless he stopped recording.

"I'm going to tell them there's an African American man threatening my life," Amy Cooper is heard saying in the video as she pulls down her face mask and struggles to control her dog.

"Please call the cops," said Christian Cooper, who is not related to Amy Cooper.

"There's an African American man, I'm in Central Park, he is recording me and threatening myself and my dog. Please send the cops immediately!" she said during the 911 call before the recording stops. A 911 dispatcher provided prosecutors with a sworn affidavit regarding the calls.

Police said that by the time officers responded, Amy and Christian Cooper were both gone.

After the backlash, Amy Cooper released an apology through a public relations service, saying she "reacted emotionally and made false assumptions about his intentions."

"He had every right to request that I leash my dog in an area where it was required," she said in the written statement. "I am well aware of the pain that misassumptions and insensitive statements about race cause and would never have imagined that I would be involved in the type of incident that occurred with Chris."

Watch | Christian Cooper responds to apology made by Amy Cooper: 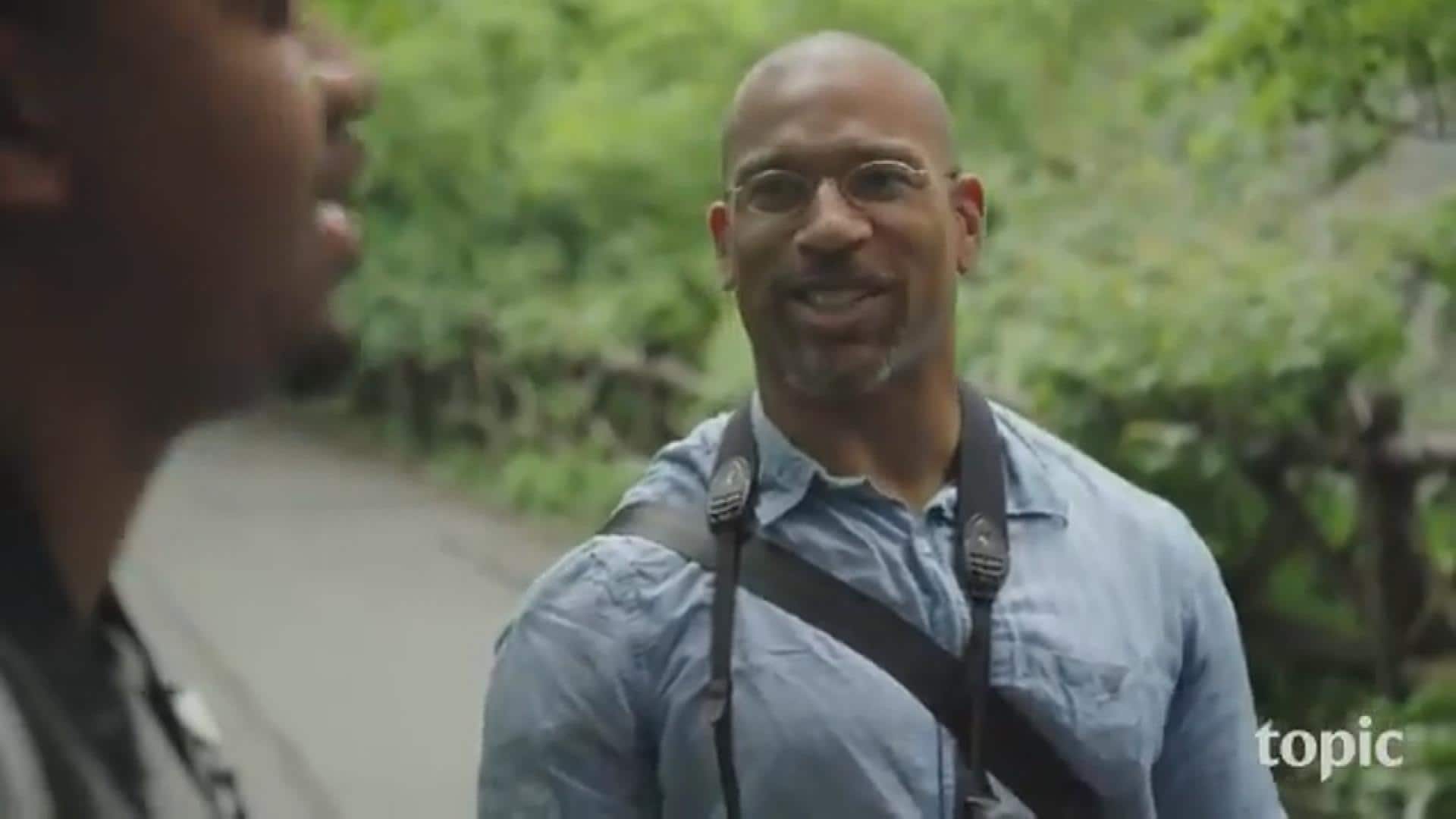 Christian Cooper responds to apology made by Amy Cooper

Amy Cooper's 911 calls, which happened the same day that George Floyd died in Minneapolis police custody, were seen by many as a stark example of everyday racism and fuelled outrage in the period leading up to street protests sparked by Floyd's death.

It also inspired New York state lawmakers in June to pass a law that makes it easier under civil rights laws to sue an individual who calls a police officer on someone "without reason" because of their background, including race and national origin.

Cooper was charged under an existing false-report law that's been long on the books and doesn't reference race.

"Fortunately, no one was injured or killed in the police response to Ms. Cooper's hoax," said Vance.