As tensions in Venezuela mount ahead of a Saturday showdown over humanitarian aid, both sides are digging in, highlighting how the South American nation's crisis has become the latest fault line in a battle for global influence by former Cold War adversaries.

Call it the aid wars.

The Trump administration is accusing President Nicolas Maduro of starving Venezuelans by blocking tonnes of U.S.-supplied humanitarian aid stored next door in Colombia.

In Russia, the Kremlin sees the Venezuelan opposition's plan to force the aid across the border as a reckless pretext for ordering a U.S. military intervention.

As tensions in Venezuela mount ahead of a Saturday showdown over humanitarian aid, both sides are digging in, highlighting how the South American nation's crisis has become the latest fault line in a battle for global influence by the former Cold War adversaries.

Earlier this week Information Minister Jorge Rodriguez said the government will throw a concert Saturday and Sunday on Venezuela's side of the border — opposite one in Colombia being spearheaded by Richard Branson, the wealthy British adventurer and founder of the Virgin Group.

Russia, long a staunch Maduro ally, has remained firmly behind the socialist leader.

At stake is the future of Venezuela, a once oil-rich country gripped by hyperinflation and widespread shortages of food and medicine. Opposition leader Juan Guaido last month declared himself the country's rightful president, a claim backed by the U.S. and dozens of other nations that argue Maduro's re-election last year was fraudulent because most opposition candidates were barred from running.

Fate of Venezuela 'in the hands of outsiders'

Russian state news agencies said Wednesday that a Russian shipment of medicine and medical equipment had arrived in Venezuela. The reports did not give the size of the shipment or say what it contained, though they cited a diplomatic source as saying the delivery was made under the aegis of the World Health Organization.

Hours earlier Maduro had said approximately 272 tonnes of medicine and other aid was on its way from Russia.

Carlos Romero, an international affairs professor at the Central University of Venezuela, said that Russia's support for Maduro is more symbolic than consequential when compared to the intense pressure against the government being exerted by the U.S. in what he called "Washington's backyard." 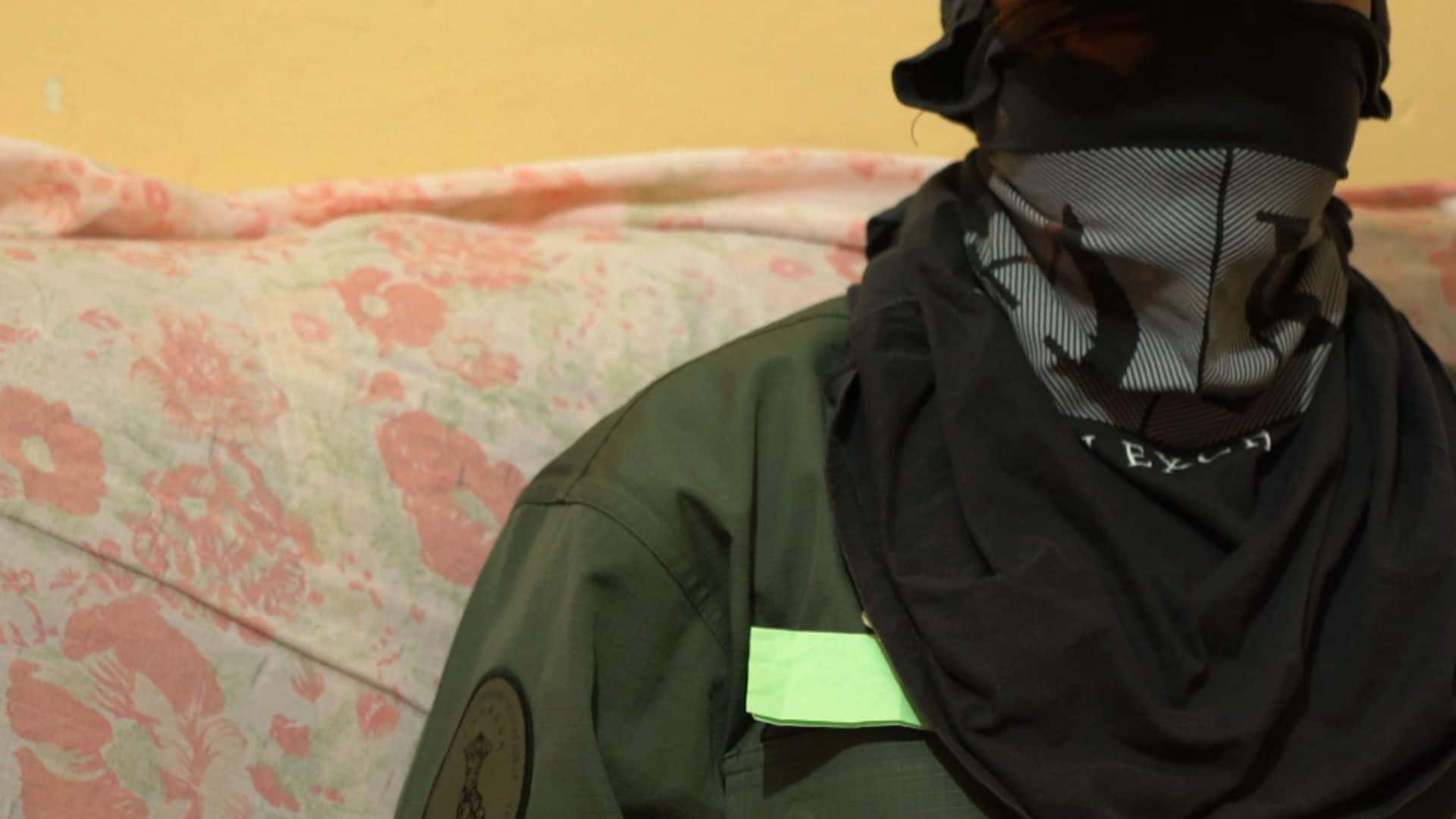 2 years agoVideo
3:02
The National spoke to a Venezuelan soldier about the mood within the ranks, and amid political strife in a country whose political future is tied to the military and raising a key question of whether or not soldiers would fire on crowds if ordered to. 3:02

Still, he said the two global powers were on a collision course in Venezuela, making it harder to negotiate a de-escalation of tensions.

"The fate of Venezuela is in the hands of outsiders," said Romero, who has advised Venezuela's opposition in the past. "It's like two trains heading toward one another on the same track and every day that passes they gain speed."

Guaido has called for "caravans" of tens of thousands of Venezuelans to join forces Saturday to carry the U.S. aid from Colombia into Venezuela, despite Maduro's objections and the barricading of a key bridge linking Venezuela and the Colombian border city of Cucuta, where the aid is stored.

Why not channel aid through UN? Russian official asks

The Kremlin has sharply criticized the plan as reckless, accusing Guaido of seeking a pretext to call for a U.S. military intervention.

"If the organizers really want to just deliver some kind of humanitarian aid to the needy, why not use the specialized UN agencies that have extensive and invaluable experience in carrying out such operations?" Russian Foreign Ministry spokeswoman Maria Zakharova said in a statement.

"This is undoubtedly a direct violation of the U.N. Charter and a direct intervention into the domestic affairs of an independent country," Lavrov said. "When you listen to some representatives of the U.S. administration, it seems that diplomacy is simply ignored."

Lavrov said he hopes "reason will prevail" and the Venezuelan opposition will engage in talks with Maduro to resolve the crisis. He noted a strong opposition in the region to U.S. military interference.

Dmitry Rozental, a deputy head of the Russian state-funded Institute for Latin America in Moscow, said that the Kremlin will continue to offer political support for Maduro —  while carefully weighing its actions.

"Russia will offer moral support, humanitarian aid and some economic assistance," he said. But, "the Russian leadership won't place Venezuelan interests above the interests of Russia."

He predicted that such aid will be limited in scale, noting that Russia can't afford to satisfy Venezuela's massive needs.

"Russia will offer some aid, but it will unlikely reach a great scale," Rozental said. "It could be some humanitarian aid, as well as some assistance in helping soften the impact of U.S. sanctions."

He added that as part of potential assistance to Venezuela, Russia may provide the chemical thinning agent needed to process the country's heavy crude oil.

Rozental noted, however, that Russian companies and banks will be careful in their contacts with Venezuela to avoid potential U.S. sanctions. He pointed to reports that the Venezuelan state oil company PDVSA's accounts have been frozen by state-owned Gazprombank as an example of such caution.

Meanwhile, at least one aid group warned against security forces or political actors being left to decide who receives aid and where it is distributed, while acknowledging that emergency food and medicine is badly needed in Venezuela.

"It is regrettable that aid has become a pawn in the political chess match between the governments of the United States and Venezuela," Provash Budden of the global humanitarian organization Mercy Corps said.

"Aid should never be used as political bait — both the people who need it and those who risk their lives to deliver it deserve better."