At least 30 dead, several million still without power in U.S. after days of extreme weather

Utility crews raced Wednesday to restore power to nearly 3.4 million customers around the U.S. who were still without electricity or heat in the aftermath of a deadly winter storm, and another blast of ice and snow threatened to sow more chaos.

Another expected blast of ice and snow is threatening to sow more chaos in Texas, Arkansas

Utility crews raced Wednesday to restore power to nearly 3.4 million customers around the U.S. who were still without electricity or heat in the aftermath of a deadly winter storm, and another blast of ice and snow threatened to sow more chaos.

The latest storm front was expected to bring more hardship, especially to states that are unaccustomed to such frigid weather — parts of Texas, Arkansas and the Lower Mississippi Valley.

"There's really no letup to some of the misery people are feeling across that area," said Bob Oravec, lead forecaster with the U.S. National Weather Service, referring to Texas.

The system was forecast to move into the Northeast on Thursday. More than 100 million people live in areas covered by some type of winter weather warning, watch or advisory, the weather service said.

At least 30 people have died in the extreme weather this week, some while struggling to find warmth inside their homes. In the Houston area, one family succumbed to carbon monoxide poisoning from car exhaust in their garage. Another perished as they used a fireplace to keep warm.

WATCH | Millions across U.S. are without power and heat amid deadly winter storm:

12 days ago
3:35
Millions of Texans are struggling to stay warm as power outages continue across the state, while politicians are looking to place blame for the systemic failure. 3:35

Record low temperatures were reported in city after city. Scientists say the polar vortex, a weather pattern that usually keeps to the Arctic, is increasingly spilling into lower latitudes and staying there longer, and global warming is partly responsible.

Utilities from Minnesota to Texas and Mississippi have implemented rolling blackouts to ease the burden on power grids straining to meet extreme demand for heat and electricity. In Mexico, rolling blackouts Tuesday covered more than one-third of the country after the storms in Texas cut the supply of imported natural gas.

The worst U.S. power outages by far have been in Texas, where three million homes and businesses remained without power as of midday Wednesday. The state's power grid manager, the Electric Reliability Council of Texas, said electricity had been restored to 600,000 homes and businesses by Tuesday night. Officials did not know when power would be restored, but council president Bill Magness said he hoped many customers would see at least partial service restored by later Wednesday or Thursday.

Magness also defended the decision to force outages "to prevent an event that would have been even more catastrophic than the terrible events we've seen this week."

Dashawn Walker, 33, was thrilled to find the power back on in his Dallas apartment Wednesday. He stayed at a suburban hotel Tuesday night after being without power since Sunday but said he was charged $474 US for one night.

"It's crazy," Walker said. "I mean why would y'all go up on the hotels in the middle of a crisis?"

More than 200,000 additional customers were in the dark in four Appalachian states, and nearly that many in the Pacific Northwest, according to poweroutage.us, which tracks utility outage reports.

Oklahoma's largest electric utility reported no outages Wednesday, a day after rolling blackouts in and around Oklahoma City stopped electric-powered space heaters, furnaces and lights in –8 C weather. But Oklahoma Gas & Electric warned customers of the potential for more short-term service interruptions due to the extreme cold and high demand for natural gas.

Nebraska also avoided another round of rolling power outages as subzero temperatures started to ease.

Entergy imposed rolling blackouts Tuesday night in Arkansas, Louisiana, Mississippi and Southeast Texas at the direction of its grid manager, the Midcontinent Independent System Operator, according to a statement from the New Orleans-based utility.

The Southwest Power Pool, a group of utilities covering 14 states, said the blackouts were "a last resort to preserve the reliability of the electric system as a whole."

The weather also caused major disruptions to water systems in several southern U.S. cities, including in Shreveport, Louisiana, where city fire trucks delivered water to several hospitals, and bottled water was being brought in for patients and staff, Shreveport television station KSLA reported.

In Austin, Houston and other cities, residents were asked to stop letting water drip from pipes, a practice to prevent freezing, because of a major drop in water pressure. Houston residents also were told to boil their water — if they had power — because the pressure drop was allowing bacteria to seep into the pipes.

In the southwest Louisiana city of Lake Charles, Mayor Nic Hunter said Wednesday that water reserves remained low even after power was restored, and that local hospitals were faced with the possibility they might have to transfer patients to other areas because of low water pressure.

Travel remains ill-advised in much of the United States, with roadways treacherous and thousands of flights cancelled. Many school systems delayed or cancelled face-to-face classes.

But even staying home can be hazardous in places without power.

Authorities said a fire that killed three young children and their grandmother in the Houston area likely was caused by the fireplace they were using to keep warm. In Oregon, authorities confirmed Tuesday that four people died in the Portland area of carbon monoxide poisoning.

At least 13 children were treated for carbon monoxide poisoning at Cook Children's Medical Center in Fort Worth and one parent died of the toxic fumes, hospital officials said.

Stories of kindness emerged from the crisis.

In Clinton, Mississippi, Army veteran Evelyn Fletcher has been cooking and delivering meals to sidelined truck drivers, travellers and people staying at hotels after losing power at home.

"They're stranded, they're isolated — people are in need of support right now," Fletcher said.

On Monday, Fletcher made 85 meals. On Tuesday, she made 30 plates, while a local restaurant, T'Beaux's Crawfish and Catering, cooked 75 plates of shrimp and gumbo that she and other volunteers delivered. And on Wednesday, Fletcher was cooking a pot of turkey noodle soup, hoping to deliver another 70 meals.

"People are worried about more snow," she said. "We are going to keep people fed and keep them feeling hopeful." 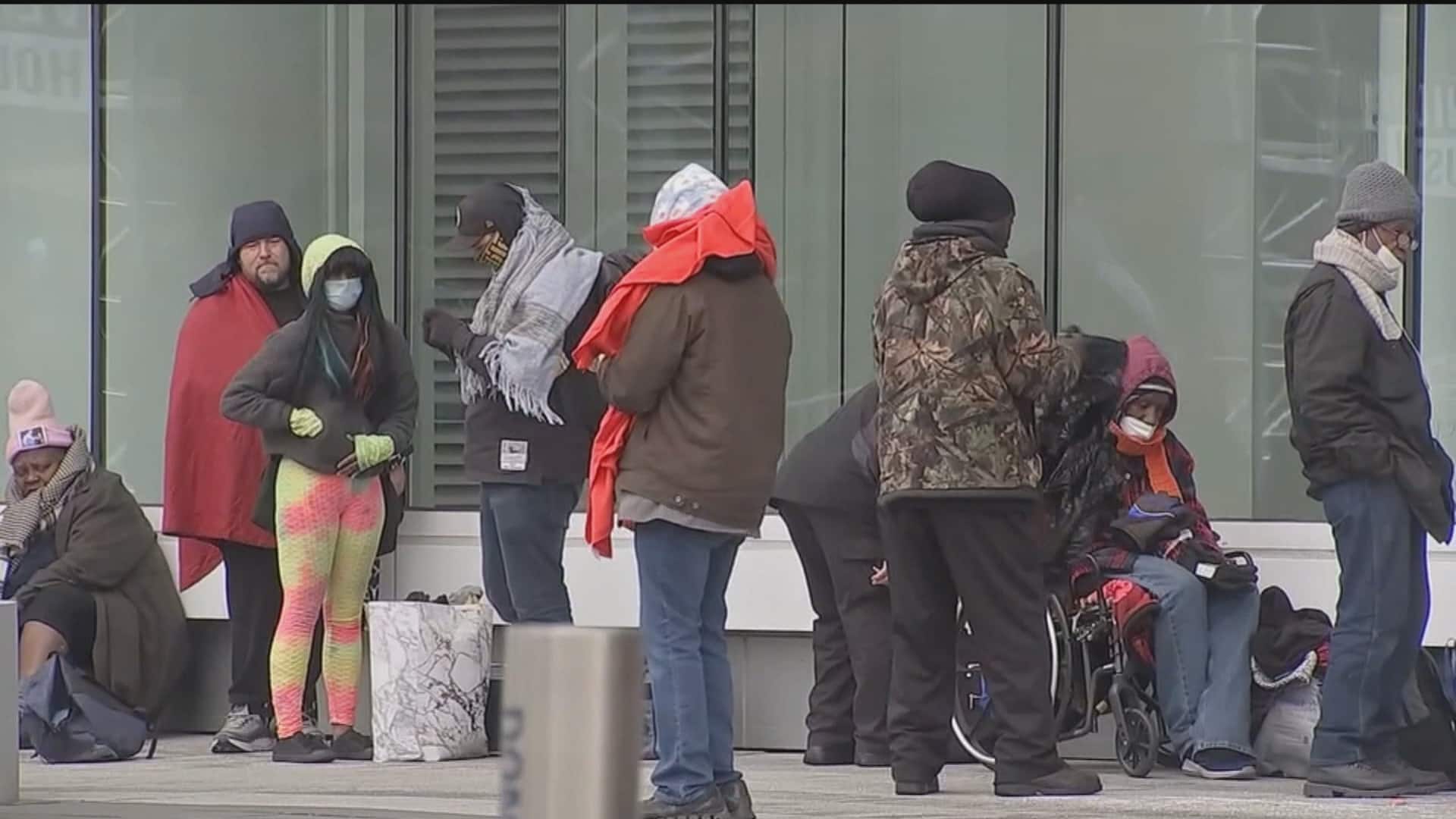 12 days ago
1:16
Millions of people are without power in Texas after an unexpected cold snap. Diana Gomez says people in Texas don't have snow tires or any infrastructure to endure such cold weather and snow. 1:16
CBC's Journalistic Standards and Practices|About CBC News