Coronavirus impact spreads across U.S., with much of the population under stay-at-home orders

The strain of the fast-spreading coronavirus outbreak accelerated across the United States on Wednesday beyond the hot spots of New York, California and Washington state, as Louisiana and Iowa were declared federal disaster areas.

New York, which is experiencing more coronavirus deaths and infections than any other U.S. state, is showing tentative signs of slowing the spread of the virus, Gov. Andrew Cuomo said Wednesday, while the health crisis deepened in hard-hit New Orleans and elsewhere.

The rate of hospitalizations in New York has slowed in recent days, Cuomo said, with numbers he called "almost too good to be true." But much more work needed to be done, he said.

New Orleans, where large crowds celebrated Mardi Gras about a month ago, was on track to become the next U.S. epicentre, with the world's highest growth rate in coronavirus cases.

Cuomo announced new "density-control" steps he said sought to contain the virus, with New York City — home to more than eight million people — closing some public streets to vehicles and opening them instead to pedestrians to facilitate social distancing to avoid infections.

At a news conference Wednesday, Cuomo said the city also would ban basketball and other contact sports in parks, first on a voluntary basis, as long as people comply.

"Our closeness makes us vulnerable," said Cuomo, who has emerged as a leading national voice on the U.S. coronavirus outbreak.

Cuomo said Wednesday morning that the state's total known cases now number 30,811, with 285 deaths. Just over 3,800 people were hospitalized, with 888 being treated in intensive care units.

"This is a very good sign and a positive sign, again not 100 per cent sure it holds, or it's accurate, but the arrows are headed in the right direction," Cuomo said.

"You're on 100 per cent of the time — no matter what," said Dr. Jolion McGreevy, medical director of The Mount Sinai Hospital emergency department in New York City. "It's been a month of full force, and that's certainly very stressful."

McGreevy said in the past week hospitals are receiving more serious cases where patients are in need of life-saving intervention.

"These are people in severe respiratory distress, needing to be intubated and needing the intensive care unit," he said.

Even as city officials struggled to contain the health crisis, the impact was increasingly being felt beyond the first hot spots of New York, California and Washington.

U.S. President Donald Trump issued the latest major federal disaster declarations, along with those three states, for Louisiana and Iowa to help them cope.

'This is as bad as Katrina or worse'

Louisiana reported a spike in infections with 1,388 total confirmed cases and 46 deaths as of mid-Tuesday, according to the state's health department.

Dr. Rebekah Gee, who until January was Louisiana's health secretary and now heads up Louisiana State University's health-care services division, said that it was Mardi Gras, when 1.4 million tourists descended on New Orleans, that fuelled the city's outbreak.

"It's a highly infectious virus and Mardi Gras happened when the virus was in the United States but before the CDC [Centers for Disease Control and Prevention] and national leaders had really educated the public or even acknowledged the extent to which it was in the U.S.," Gee said.

"People are still coming out, but they're scared. This is as bad as Katrina or worse," said Evans, owner of Blue Oak BBQ, referring to the hurricane that devastated the city in 2005.

The governors of at least 18 states have issued stay-at-home directives affecting about half the U.S. population of roughly 330 million people. The sweeping orders are aimed at slowing the spread of the pathogen but have upended daily life as schools and businesses shutter indefinitely.

That included Michigan, where the latest figures released Wednesday show nearly 2,300 people have tested positive and at least 45 have died. Iowa and Kentucky also reported increases in cases, with Iowa marking its first death related to the virus on Tuesday.

Nationwide, more than 53,000 people have been diagnosed with COVID-19, the disease caused by the virus, with at least 730 deaths.

U.S. lawmakers and the Trump administration reached a deal early Wednesday for a bipartisan $2-trillion stimulus package to help businesses and millions of Americans hit by the economic fallout.

Trump on Tuesday initially said he wanted to reopen the country by Easter Sunday, April 12, but later told reporters he would listen to recommendations from the nation's top health officials. It's also not clear even if the White House exhorted businesses to pick up after Easter what the response would look like, given the stay-at-home orders issued at state level.

WATCH | Scenes of desolation around the world: 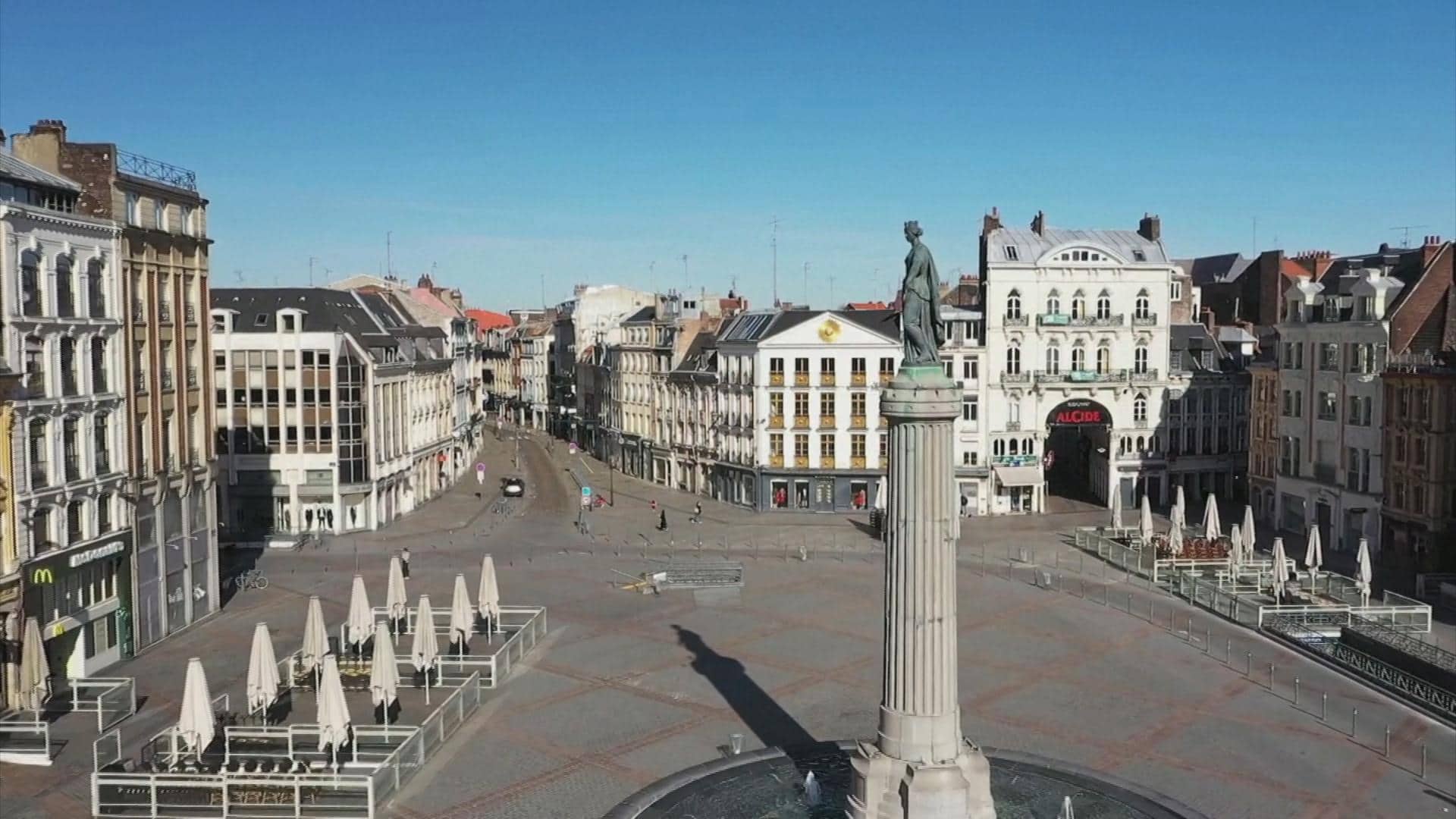 10 months agoVideo
1:06
As the world deals with a global pandemic, drone footage shows how quiet public spaces have become in several major cities. 1:06

Anticipating more hospitalizations and deaths, state and local governments have been scrambling to obtain masks, gloves and safety gear for health-care workers and ramping up the number of available hospital beds for virus patients.

Florida Gov. Ron DeSantis, meanwhile, encountered criticism for a slow response in ordering closures of some of the state's most popular beaches.

"While other large states continue to take strong, urgent, and sweeping action to stop the spread of COVID-19, Florida has not," said Biden. "I urge Governor DeSantis to let the experts speak to the public and explain why this is the case."

DeSantis's most controversial decision came earlier this week, when he issued an executive order requiring anyone coming into the state from the greater New York area — which has seen the nation's biggest virus spike — to self-isolate for 14 days. Florida officials have said most of the people in the state who have contracted the virus recently travelled elsewhere or had contact with others who had.

Navy ship to be employed in California's fight

California, like New York, has been hard hit. A tally by Johns Hopkins University on Tuesday found the state has more than 2,500 cases, with at least 50 deaths.

Los Angeles Mayor Eric Garcetti said his city might see a surge in coronavirus cases based on the ferocious outbreak in the New York area.

"We are anywhere from about six to 12 days behind what we are seeing in New York City" Garcetti said Tuesday.

California Gov. Gavin Newsom announced that the 1,000-bed navy hospital ship Mercy was on its way to Los Angeles from San Diego and would arrive Friday and could be ready as early as Saturday to provide care to non-coronavirus patients in order to ease the crush on hospitals.