A U.S. service member in Iraq was killed Saturday by an explosive device outside Mosul, according to a statement released by the Pentagon.

A U.S. service member in Iraq was killed Saturday by an explosive device outside Mosul, according to a statement released by the Pentagon.

The Pentagon said the service member died from wounds sustained in an "explosive device blast," stating further information would be released as appropriate.

Saturday's incident marks the second American military fatality since the start of the Mosul operation against the Islamic State group more than six months ago. In October, just days after the operation to retake Mosul was formally launched, Navy chief petty officer Jason C. Finan, 34, of Anaheim, Calif., died of wounds sustained in a roadside bomb attack north of Mosul.

Finan was part of a team of advisers assisting Iraq's Kurdish fighters known as the Peshmerga.

The Pentagon has acknowledged more than 100 U.S. special operations forces are operating with Iraqi units in and around Mosul, with hundreds more playing a support role in staging bases farther from the front lines. 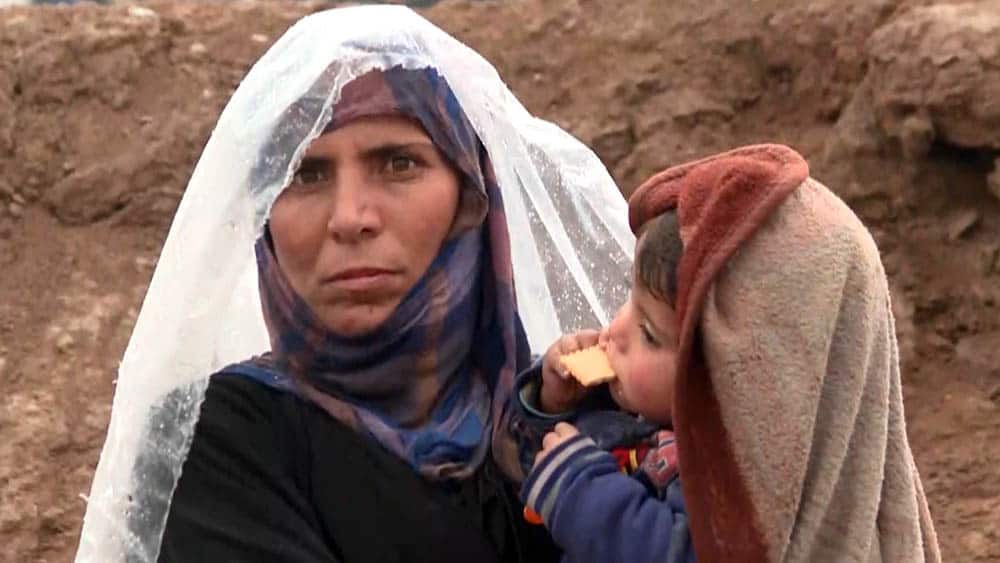 4 years ago
1:43
The CBC's Derek Stoffel takes us inside a UNHCR camp at Hamam al Alil, 20 km south of Mosul, where refugees are pouring in 1:43

The service member killed Saturday is the fifth combat death in Iraq since the U.S. launched military operations against ISIS in August 2014. IS fighters began growing in power in Iraq in early 2014 in the country's west and in the summer of 2014 swept across much of the country's north.

Since the beginning of the U.S. campaign against ISIS in Iraq, the number of U.S. troops in the country has steadily grown.

There are now more U.S. forces in Iraq than any time since the 2011 U.S. withdrawal, marking an intensifying war as Iraqi forces and the U.S.-led coalition work to push ISIS out of the last pockets of territory the extremists control in Iraq.