Two men armed with loaded handguns were arrested Thursday near the Pennsylvania Convention Center in Philadelphia where an ongoing vote count could decide the presidential election, police said Friday.

FBI in Virginia relayed tip about their plans to Philadelphia police 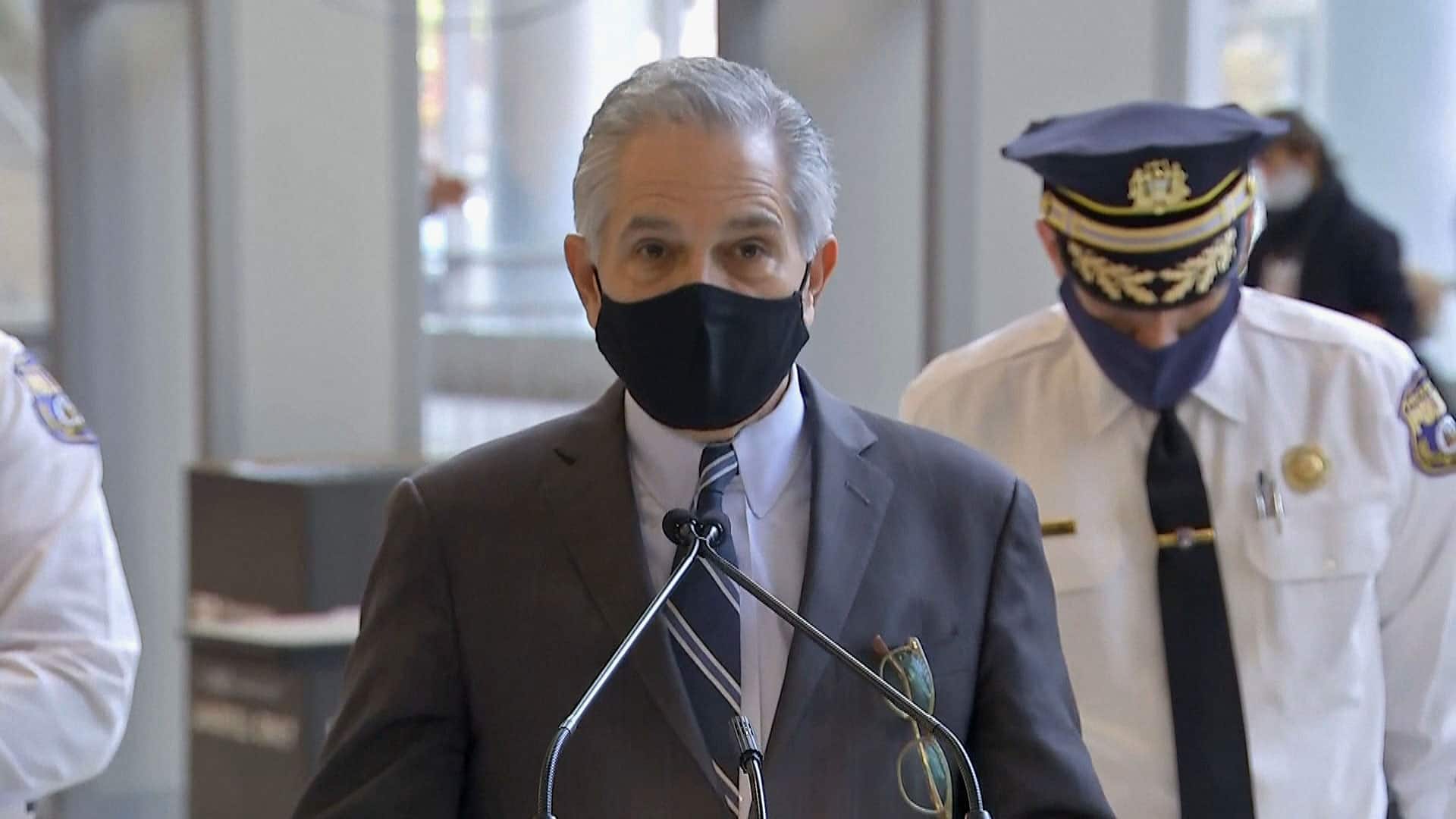 4 months ago
1:15
Joshua Macia, 42, and Antonio Lamotta, 61, both of Chesapeake, Va., are facing weapons charges after police determined they were carrying guns without a Pennsylvania permit outside the Philadelphia Convention Center, where U.S. election ballots are being counted. Police have also seized a Hummer containing an AR-style rifle parked near the building. Earlier, police received a tip that armed individuals were headed to the city in a Hummer, possibly in relation to the ongoing counting of votes. 1:15

Two men armed with loaded handguns were arrested Thursday near the Pennsylvania Convention Center in Philadelphia where an ongoing vote count could decide the presidential election, police said Friday.

Joshua Macias, 42, and Antonio LaMotta, 61, travelled from the Virginia Beach, Va., area in a Hummer and did not have permits to carry the weapons in Pennsylvania, police said.

They were arrested after the FBI in Virginia relayed a tip about their plans to Philadelphia police. Officers stopped the men on the street about a block away from the vehicle, Philadelphia Police Commissioner Danielle Outlaw said.

Macias had a .40-calibre Beretta handgun inside his jacket, LaMotta had a 9-mm Beretta in a holster, and an AR-style rifle and ammunition were found inside the vehicle, Outlaw said. Authorities initially said that the rifle did not have a serial number but later said that it did.

A silver Hummer with Virginia licence plates was parked Friday at the location where police say they found the men. It was adorned with an American flag and a window sticker for the right-wing conspiracy theory QAnon.

A woman with the men was not arrested, Philadelphia District Attorney Larry Krasner said.

Macias and LaMotta, both of Chesapeake, Va., remained in police custody on Friday and were awaiting arraignment on state weapons charges: carrying a concealed firearm without a licence and carrying a firearm on a public street. Information on lawyers who could speak on their behalf wasn't immediately available.

Their arrests drew outsized attention amid heightened tensions over the undecided presidential race, but officials cautioned against reading too much into them.

There was no indications that anyone else was involved or that the men are members of an extremist group, Krasner said. He did not say why the men went to Philadelphia, though in a statement Krasner's office said the tip that led police to them mentioned their trip may had have had to do with the ongoing counting of votes.

"There have been no reported incidents of violence related to the election here this week, and that streak continues thanks to the quick investigative work of the Philadelphia Police," Krasner said in a statement.