Gore-Bush battle shows what could happen if latest U.S. election results are contested in court

Election-watchers point to 2000 Gore-Bush Supreme Court showdown for lessons about what could happen if Trump-Biden result is close and ends up being challenged in court.

Court showdown over presidency in 2000 has lessons about what a close result in Nov. 3 vote may bring 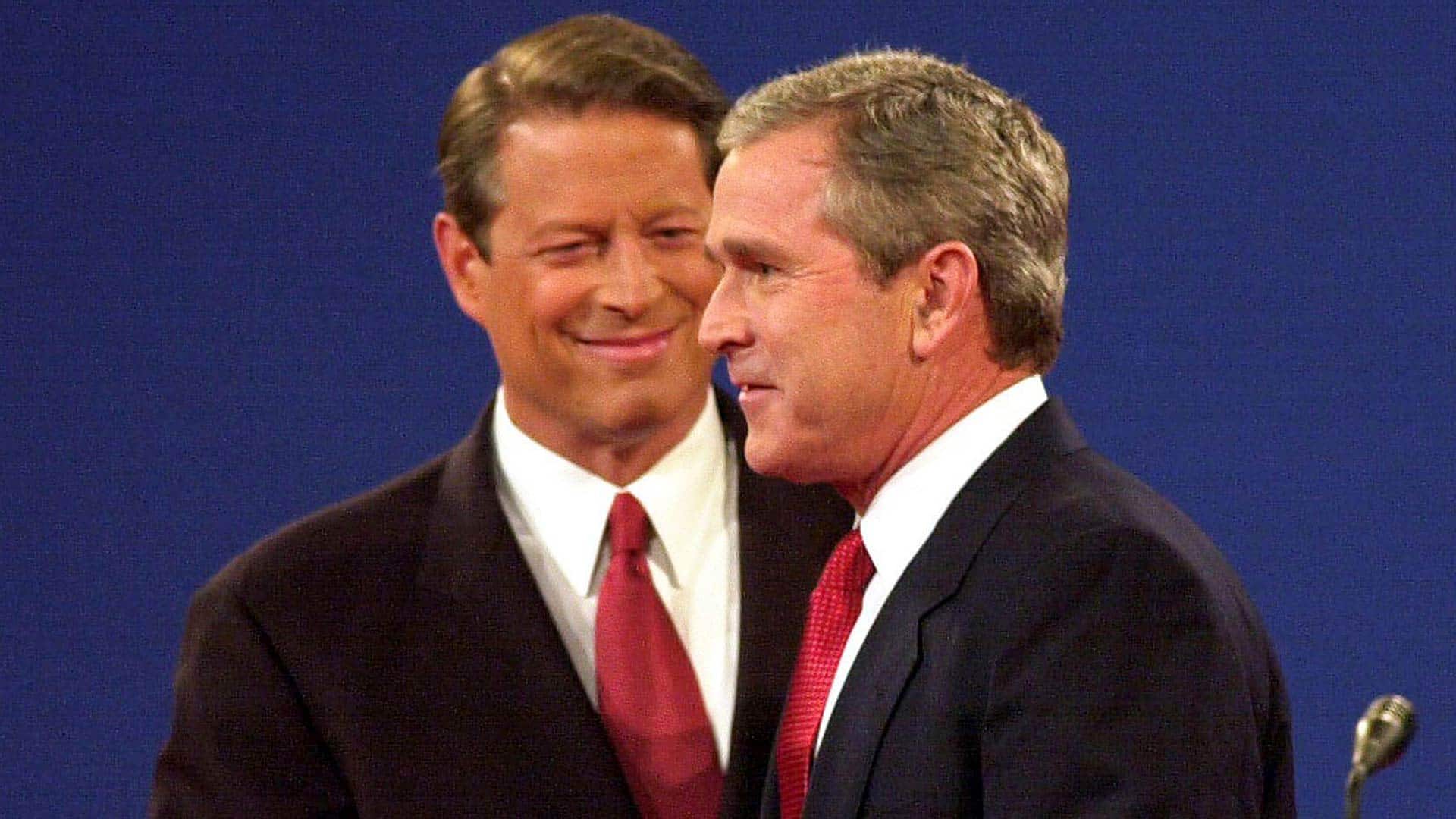 2 months agoVideo
4:02
The National’s Adrienne Arsenault looks at the lessons learned from the closest presidential race in American history, when a Supreme Court decision settled a recount dispute in Florida in the 2000 presidential election between Geoge W. Bush and Al Gore, and how this year’s election could compare. 4:02

For 36 days in 2000 the world waited to see who Americans had elected to become U.S. president in the highly contested Al Gore-George W. Bush race. Ultimately, the courts had to get involved when the results were too close to call.

Twenty years later as Americans go to the polls today to vote, the Donald Trump-Joe Biden race is already the most litigious election in U.S. history, with hundreds of lawsuits filed over issues such as the constitutionality of mail-in ballots during the pandemic. The polls are indicating the race for president is tight, and many are looking at what happened in Florida two decades ago for an idea of what to expect if the U.S. Supreme Court again has to decide the winner.

"I fear for our democracy," said Joseph Geller, a Democratic Representative in Florida.

He was involved with the controversial Florida recount of the 2000 U.S. election that saw George W. Bush named president.

It was a debacle no one saw coming. Punch-card ballots that had been marked incorrectly, or not at all. The infamous hanging chads. The presidential race was so close that manual recounts were ordered. Then cancelled.

"You have to count all the ballots," Geller said.

"But as we like to say, ultimately, the margin was actually that Gore lost by one vote. One vote on the Supreme Court, but one vote."

The Democrats wanted more time to recount all the ballots. Republicans saw the recount as fraudulent. It became so contested that the U.S. Supreme Court made the final decision cancelling the recount, and Bush was named president.

Some worry it could happen again in the current election.

"In the 2000 election … my takeaway was, in fact, that courts would be increasingly involved in deciding United States elections," said conservative and legal scholar Christopher Metzler.

Metzler expects Trump vs. Biden will end up in litigation if there is not a clear winner. And he does not think that is a good thing.

"I don't think that courts should decide elections," Metzler said, remarking on the current conservative Supreme Court majority in the U.S., after the appointment of Amy Coney Barrett last week.

"As a constitutional scholar, it concerns me greatly. I don't care if it's a Republican court or Democratic. That is not the job of the courts."

Metzler also predicts mail-in ballots could be the hanging chads of 2020.

More than 400 lawsuits have already been filed in this current election. Supreme and lower-level courts have been ruling on the constitutionality of mail-in ballots, as states adopted the practice during the pandemic. Tens of millions of ballots have been cast or mailed in already. And just how and when those votes are counted or tallied is coming under intense scrutiny.

But another big issue is that each election has what's called a "safe harbour date," the day by which electors must be selected. Back in 2000, Geller was hopeful there would be time to still count each and every vote, regardless of legal manoeuvring, before that date.

Geller argues that when the recount was stopped, thousands of votes were left uncounted.

He is concerned the same could happen this year if one side ties up the election in the court system and delays any ballot-counting process.

"The safe harbour provision, in fact, may work to undermine the counting of votes," Metzler said. "The American court system is not known as an expeditious court system."

And this, in turn, is bad for the U.S. system of government, he said.

"The legacy of votes not counting will undermine democracy permanently."

Aside from legal wrangling to influence political outcomes, each side is also looking to see what happens on the streets.

In 2000 there was the infamous "Brooks Brothers Riot," with dozens of well-dressed Republican demonstrators (hence the name, after the clothing store) claiming voter fraud without evidence.

Geller was caught up in the riot when Republican supporters stormed the Miami-Dade County polling headquarters in Florida. They rushed at Geller — the region's Democratic chairman at the time — and accused him of voter fraud.

"That recount was cancelled in Miami-Dade County because of violence, fear and physical intimidation from that riot, which was centred on me," Geller said.

Predictions this year are more dire.

"I think if it is not a clear winner, America will have to batten down the hatches, because there will be significant protests, I think the kind that America has not seen in a very long time," Metzler said.

To see businesses boarding up in D.C. for fear of election violence is jarring for Metzler and many others. There is a persistent feeling of an election under attack from misinformation, and from claims of fraud without evidence, he said.

There are also the unsettling images of pickup trucks with Trump flags chasing and ramming a Biden Harris campaign bus in Texas last week.

The aura of intimidation is real, but so are the astonishing numbers of people voting. This might be the election with the highest turnout in a century, with some estimates saying about 100 million advance ballots have been cast, equivalent to about 70 per cent of the entire vote count in the 2016 election.

Amidst the concern over potential post-election problems, the engagement of Americans is one of the facts that relieves professor Kathleen Hale, who studies election administration at Auburn University. But she has a caveat that mirrors Geller's concern: make sure all the votes are counted.

She added that the U.S. electoral system, although under stress, is now more transparent and open than it was in 2000, thanks in part to technology. Hale said she believes voter confidence is high and that the system works.

"There are jurisdictions in the United States … that are actually going to livestream the tabulation of the ballots," Hale said. "Everyone, not just a few selected observers or party representatives or candidate representatives, is able to see for themselves what the processes look like and what is happening. I think that is important."

So, while the 2000 election may loom large in some people's minds, Hale said she remains confident in the U.S. democratic process.

"I think we do a disservice to all of the people standing in line [to cast ballots] right now and yesterday and last week … to play games with the process. This is the way America conducts its elections. It is the way we measure the efficacy of our democratic process. And it's something that I know from my interaction with election officials, hundreds of them all over the United States, it's a responsibility that they take very, very seriously."