Given the still unclear outcome of Tuesday's U.S. presidential vote, the ingredients have now been assembled for a combustible post-election aftermath in the U.S., writes Alex Panetta.

It's still a close race, with Joe Biden gaining ground

The ingredients have been assembled for a combustible post-election aftermath in the United States, and Donald Trump has begun flinging matches.

Uncertainty had been predicted for months, and early returns confirmed that voting day would, indeed, pass without a clear winner.

As in 2016, Trump outperformed the polls, forcing a state-by-state duel with Democratic challenger Joe Biden that could conceivably culminate in Trump winning a second term.

The result could become clearer within hours or perhaps days.

States are still counting mail-in ballots, which tend to skew Democrat, and Biden is quickly narrowing gaps in the count in several states. In some cases, he's leapfrogged Trump and may have reclaimed his status as the election favourite.

The uncertain finale illustrates the country's bitter polarization. The parties are arguing about which types of ballots are legitimate.

The president has eagerly fanned that polarization. Early Wednesday morning, he falsely claimed that he had already won. Trump did so in an appearance before supporters at the White House, a seat of government not typically used for election events.

"This is a fraud on the American public. This is an embarrassment," Trump said from the executive residence. "We did win this election."

2 months agoVideo
1:12
Republican presidential candidate Donald Trump said as far as he’s concerned he and the Republican Party have won the U.S. election. He said he will go to the U.S. Supreme Court and wants voting to stop. However, several states are still counting votes that have already been cast. 1:12

Trump promised to head to court to try cutting off the counting of votes.

In Pennsylvania, for example, Republicans have been trying to cancel the counting of ballots that are postmarked before election day but arrive after. The state allows these votes to arrive up to three days after election day. It's one of more than 350 such cases this year over pandemic-related voting measures.

This is different from 2000

This year has already been far more litigious than the 2000 election, which became notorious for its Florida recount battle. Political-risk analysts fear this year's battles might not only play out in courtrooms but also in clashes on the street.

Trump himself has used language unlike anything George W. Bush or Al Gore would have employed in 2000 — on Monday, Twitter censored a Trump tweet for suggesting the Democrats were trying to "steal the election."

Ben Ginsberg, a longtime Republican election lawyer who just retired, said he'd never heard this kind of language from a president. "No. Not even close," he told CNN early on Wednesday morning.

Some of Trump's usual defenders also criticized his election-night rhetoric.

"He went a step too far," said Fox News's Dana Perino, who read out a tweet calling the president's statement deeply irresponsible.

Rep. Adam Kinzinger of Illinois, the rare Republican lawmaker who occasionally rebukes Trump, said, "Stop. Full stop. The votes will be counted, and you will either win or lose. And America will accept that." 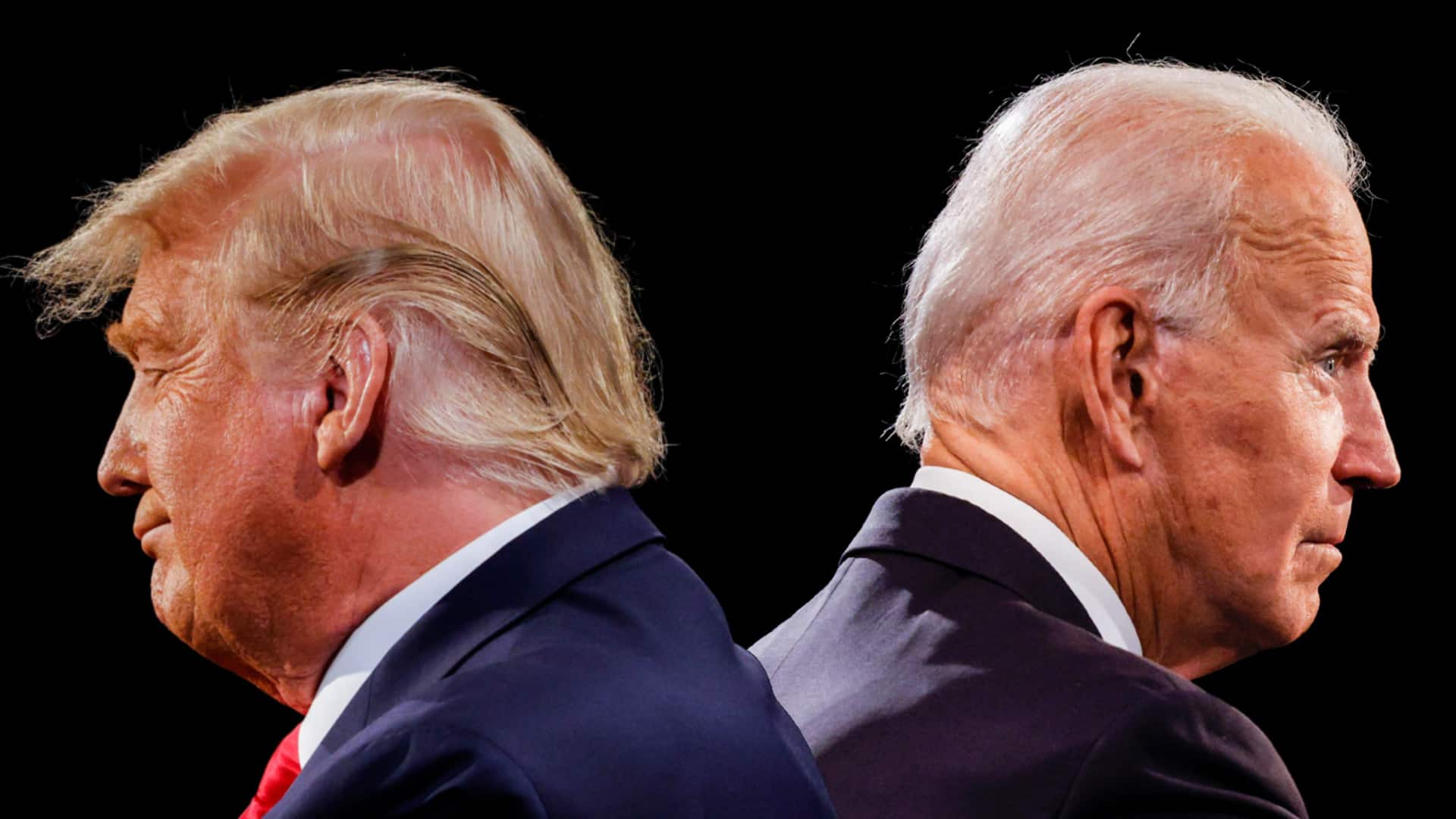 2 months agoVideo
7:09
Watch highlights of our coverage of the U.S. presidential election. 7:09

The Trump chapter in U.S. history

One reason we're entering these choppy waters is the pandemic, and the polemic it has triggered between blue America and red America on mail voting. But it goes far beyond that.

What's pushed this election to the vote-by-vote brawl at the finish line is a strong showing from Trump that has preserved for all of history some lessons about American politics.

It has illustrated that a large share of voters have an unflappable loyalty to Trump, despite behaviour his critics decry as unpresidential and anti-democratic.

It now appears official, after two elections, that Trump will never receive the widespread voter repudiation his many detractors have yearned to see.

Trump might even enter that most hallowed pantheon in what is sometimes described as the world's oldest democracy: the club of two-term U.S. presidents.

He not only registered high turnout from his white working-class base, he also ate into Democrats' support among Black and Latino voters.

Trump's prospects are, however, dimming. Biden is gaining ground and now may be slightly favoured.

Democrats got a huge relief by apparently winning Arizona. (Ironically, Trump made clear he wants the vote count to continue there, where it might help him.)

"We feel good about where we are ... We believe we're on track to win this election," Biden said, cautioning that results might take a while but adding that he expected a boost from mail ballots.

"It's not my place or Donald Trump's place to declare who's won this election — that's the decision of the American people. But I'm optimistic about this outcome."

2 months agoVideo
0:59
U.S. Democratic presidential candidate Joe Biden spoke to a crowd at a drive-in rally in Wilmington, Del., where he said he believes he and his party are on track to win the election. 0:59

Even if Biden wins the presidency, it might prove a tarnished chalice. His party appears more likely than not to fall short of winning the Senate.

A hostile Senate would be likelier to thwart Biden's legislative agenda of expanded public health care, political reforms and a massive green-infrastructure program.

Republicans with control of that chamber would also be far likelier to spend the coming years investigating Biden. Investigations have already been launched by Republicans into the Biden family's business dealings.

Whatever the ultimate result of this presidential election, the odds have just grown longer against the American republic sailing into a less-turbulent era.