U.S. has recorded over 16,000 coronavirus-related deaths

New York state reported a record number of coronavirus deaths for a third consecutive day, though its trends on hospitalizations were more hopeful, as the U.S. death toll rose above 16,000.

Gov. Andrew Cuomo says New York will bring in more funeral directors from out of state to help cope

New York state reported a record number of coronavirus deaths for a third consecutive day, though its trends on hospitalizations were more hopeful.

The state's death toll from the pandemic grew by 799 to 7,067 people, a significant portion of all American deaths. The U.S. has recorded over 16,200 deaths, according to the coronavirus resource centre of Johns Hopkins University in Maryland, which updated its figures Thursday afternoon. The U.S. passed 1,000 deaths exactly two weeks ago.

"Today we can say that we have lost many of our brothers and sisters, but we haven't lost anyone because they couldn't get the right and best health care that they could," Gov. Andrew Cuomo said Thursday.

Cuomo, who has repeatedly referred to death toll figures in his state as a lagging indicator in his daily news briefings, said funeral directors from out of state will travel to New York to help with the staggering totals.

He pointed to 200 new hospitalizations since the last briefing as a cause for some hope. It was the lowest total "since this nightmare started," he said, but over 18,000 remain hospitalized statewide. 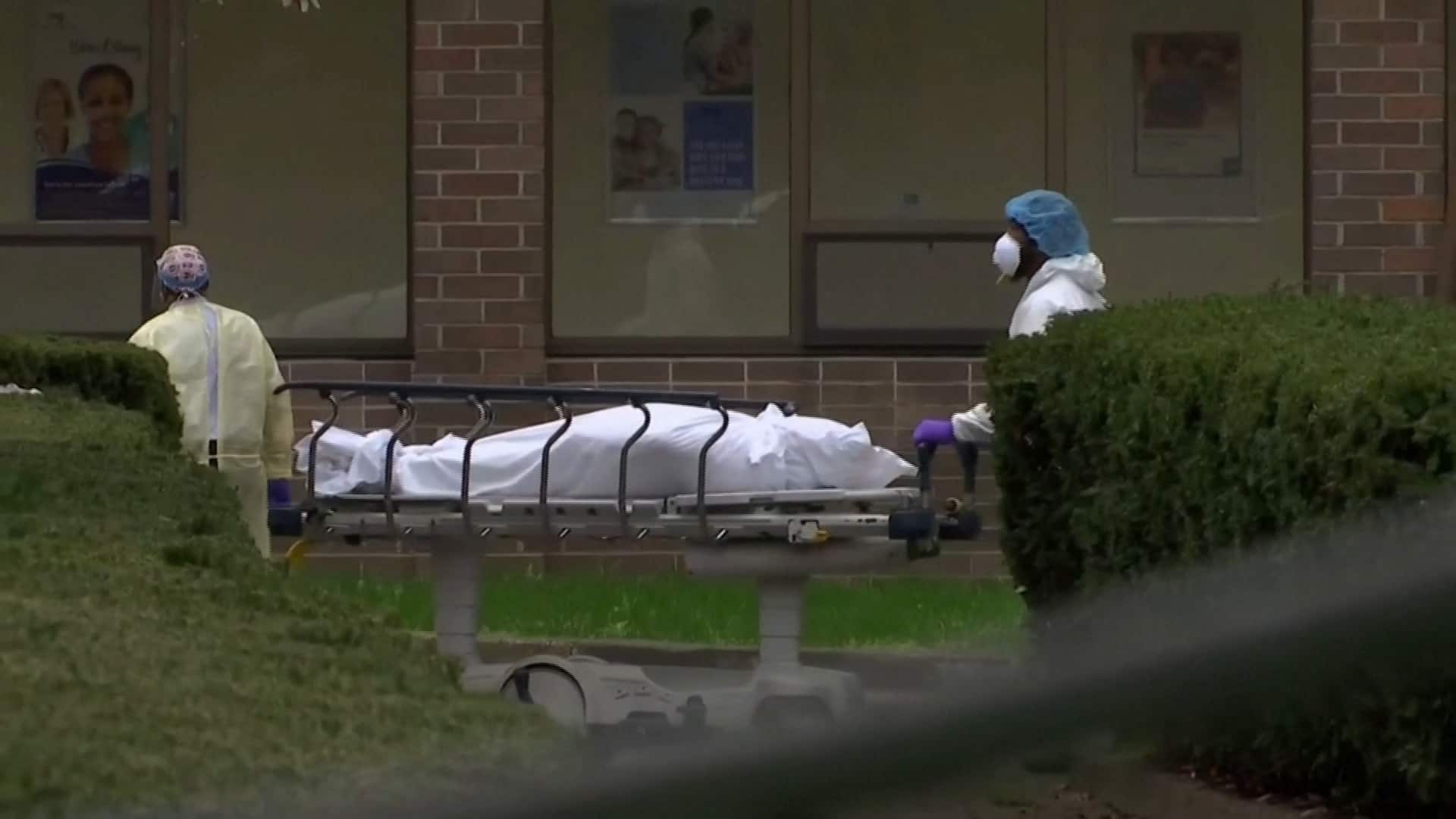 As New York City deals with a mounting coronavirus death toll and dwindling morgue space, the city has shortened the amount of time it will hold unclaimed remains before they are buried in the city's public cemetery.

Under the new policy, the medical examiner's office will keep bodies in storage for just 14 days before they're buried in the city's potter's field on Hart Island

Normally, about 25 bodies a week are interred on the island. In recent days, though, burial operations have increased from one day a week to five days a week, with around 24 burials each day

City officials haven't explained whether the increase in burials is due to pressure on mortuaries to dispose of bodies more quickly.

The Democratic mayor told TV station NY1 that under such a contingency plan bodies of COVID-19 victims would be buried individually — not in mass graves — so families could later reclaim them.

A spokeswoman for the medical examiner's office said Thursday that it "does not currently anticipate reaching morgue capacity."

The U.S. Centers for Disease Control on Thursday reported 427,460 cases of coronavirus across the nation, an increase of 32,449 cases from its previous count. The CDC count was last updated on Wednesday at 4 p.m. ET.

No agreement in Congress

As the nation and the economy are virtually shuttered to stop the spread of the virus, a battle took shape on a Capitol Hill that is virtually shut down.

Senate Democrats on Thursday stalled President Donald Trump's request for $250 billion US to supplement a "paycheque protection" program for businesses crippled by the coronavirus outbreak, demanding protections for minority-owned businesses and money for health care providers and state and local governments.

Democratic Party demands sparked a spirited response from Republican Senate Majority Leader McConnell, who implored them not to block "emergency aid you do not even oppose just because you want something more."

"Nobody thinks this will be the Senate's last word on COVID-19. We don't have to do everything right now," McConnell said. "Let's continue to work together, with speed and bipartisanship. We will get through this crisis together."

Thursday's Senate development doesn't mean the legislation is dead. Democrats and Republicans agree the aid is urgently needed. The dispute is over billions more Democrats want to add to the legislation. 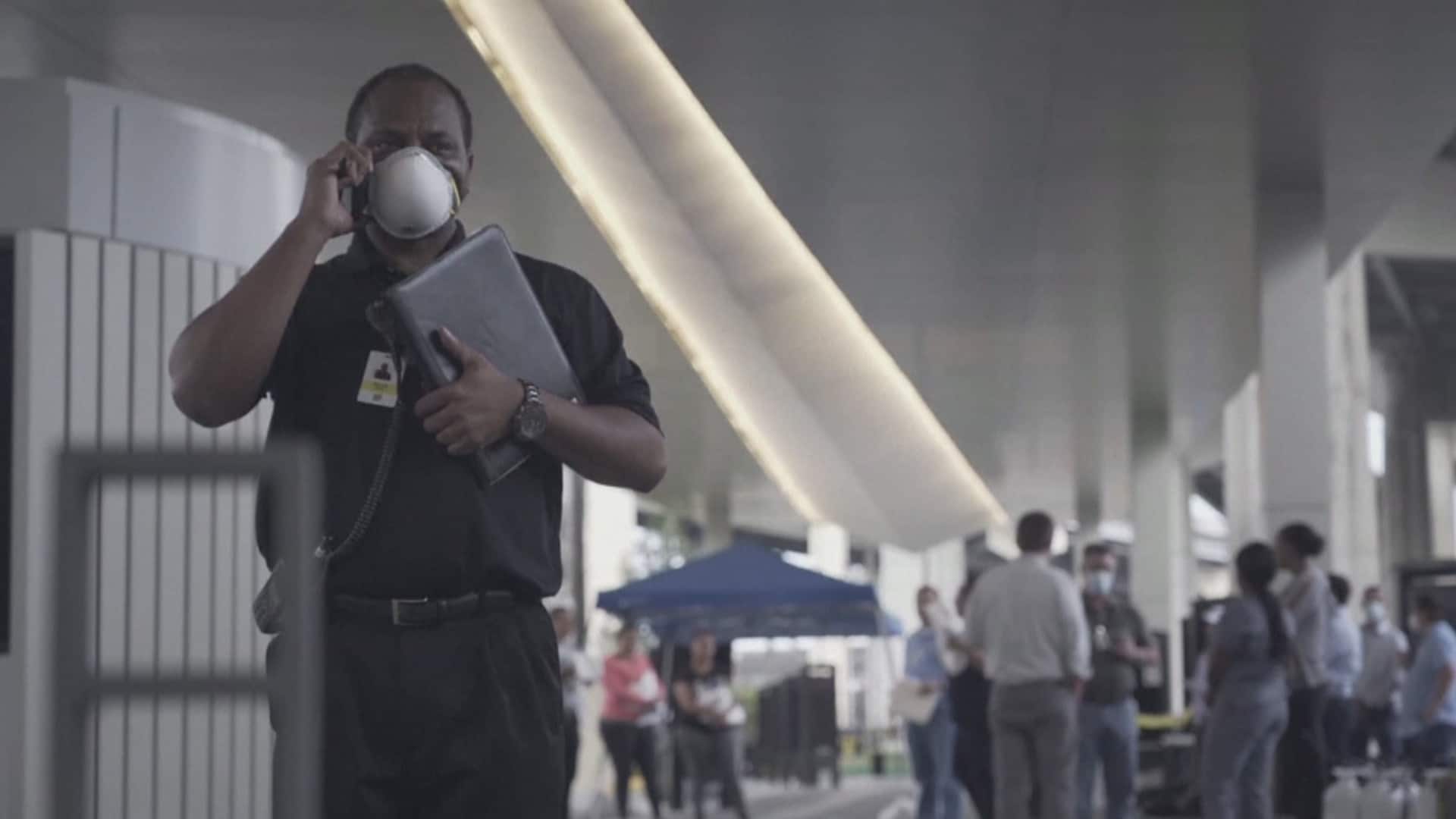 11 months ago
4:37
New data from certain states points to a racial disparity in the death toll amid the coronavirus pandemic in the United States. 4:37

The future of the legislation is likely to be determined between Democatic House Speaker Nancy Pelosi and McConnell, who do much of their communicating in public statements.

"One of the concerns that we have about the original $350 [billion] is that a lot of ... people who are under-banked are unserved on that basis," Pelosi told NPR on Wednesday. "So, they don't have banking relationships sophisticated in a way that others do."

Democrats have circulated a plan that would add $100 billion for hospitals and other health care providers and $150 billion to state and local governments, as well as a 15 per cent boost in food stamp benefits. They hope this serves as a basis for talks with McConnell going forward.

The government is just beginning to implement three previously passed bills to respond to the unprecedented coronavirus outbreak, which has caused grave damage to the economy in addition to the personal toll.

The massive infusions of federal cash — the $250 billion sought by the administration would come on top of combined legislation already totalling about $2.5 trillion — are intended as a patch to help the $21 trillion U.S. economy through the current recession, which is causing an economic contraction and spike in joblessness overwhelming many state systems for delivering unemployment benefits.

A staggering 16.8 million Americans have been thrown onto the unemployment rolls in just three weeks, underscoring the terrifying speed with which the coronavirus outbreak has brought world economies to their knees.

Numbers released Thursday by the world's largest economy showed that 6.6 million American workers applied for unemployment benefits last week, on top of more than 10 million in the two weeks before that.

That means more than 1 in 10 U.S. workers have been forced out of a job since the crisis took hold, the biggest, fastest pileup of job losses since record-keeping began in 1948.

The real numbers could be even higher because state unemployment offices around the country have been overwhelmed with claims, and some people have been unable to get through by telephone or website.

The U.S. unemployment rate in April could hit 15 per cent — a number last seen at the tail end of the Depression.

Fed will be aggressive, Powell says

The Federal Reserve said it was taking additional steps to provide up to $2.3 trillion US in loans to support the economy. The money will target American households and businesses, as well as local governments besieged by the coronavirus outbreak.

Federal Reserve chairman Jerome Powell said the Fed's role was to "provide as much relief and stability as we can during this period of constrained economic activity."

In a Brookings Institution webcast, Powell said that the Fed fully intended to use its powers "forcefully, proactively and aggressively until we are confident that we are solidly on the road to recovery."

He said there was "every reason to believe that the economic rebound, when it comes, can be robust" because the economy was doing well before the virus hit.