Trump recommends face masks to stem COVID-19, though says he won't wear one

The new guidance from the U.S. Centers for Disease Control and Prevention encourages people, especially in areas hit hard by the spread of the coronavirus, to use rudimentary coverings like T-shirts, bandanas and non-medical masks to cover their faces while in public. 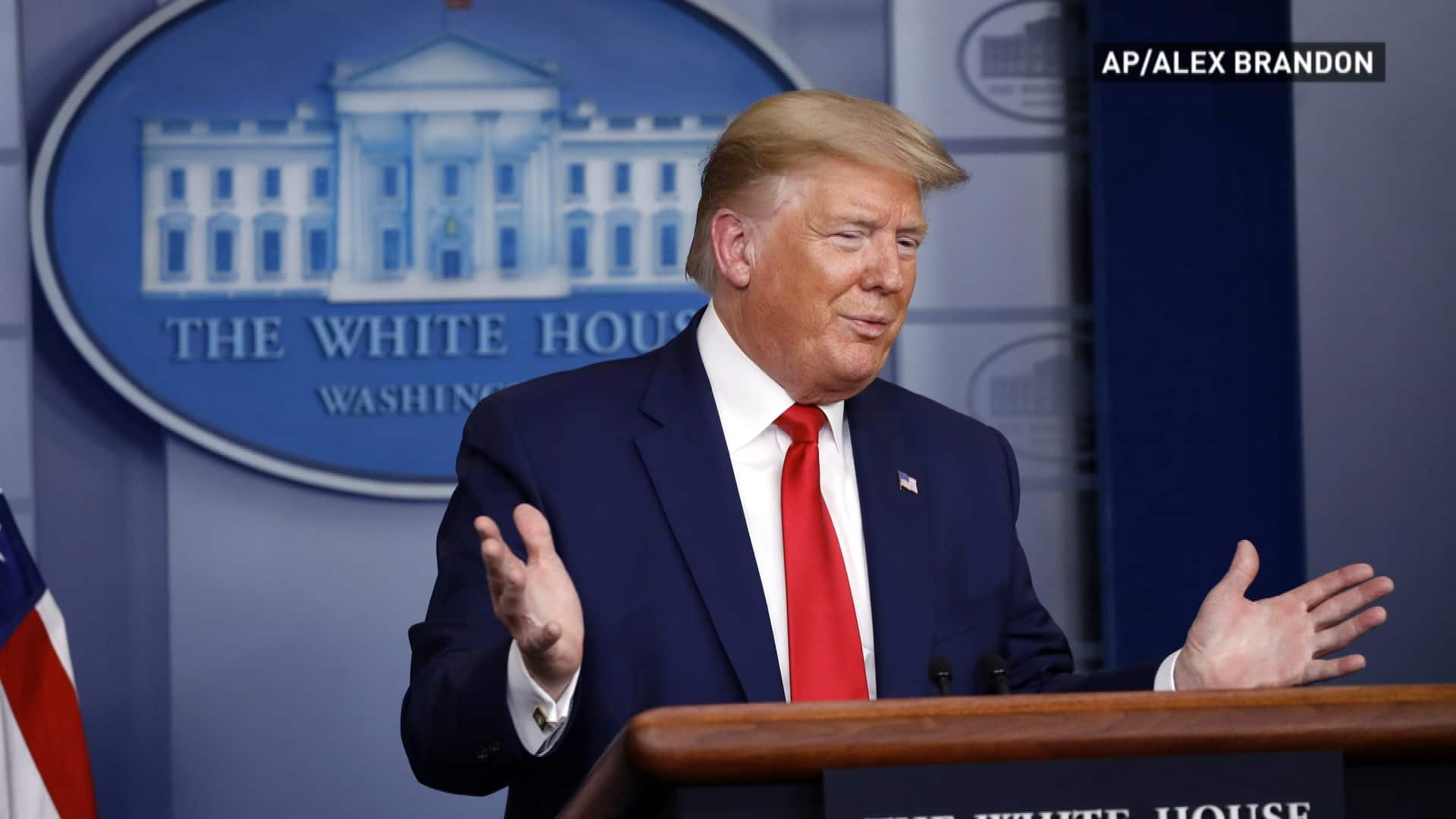 Trump: 'This is voluntary. I don't think I'm going to be doing it'

7 months ago
2:17
U.S. president lists face mask recommendations from the CDC today, but stresses they are voluntary. 2:17

U.S. President Donald Trump announced new federal guidelines on Friday recommending that Americans wear face coverings when in public to help fight the spread of the novel coronavirus. But then Trump immediately said he had no intention of following the advice himself, saying, "I'm choosing not to do it."

The new guidance from the Centers for Disease Control and Prevention (CDC) encourages people, especially in areas hit hard by the spread of the coronavirus, to use rudimentary coverings like T-shirts, bandanas and non-medical masks to cover their faces while at the grocery store or pharmacy.

The president exempted himself from his administration's own guidelines, saying he could not envision himself covering his face while sitting in the Oval Office, greeting world leaders.

"It's a recommendation, they recommend it," Trump said. "I just don't want to wear one myself."

The new guidance, announced at a time when states are bracing for critical shortfalls like those that other parts of the world have experienced, raises concern that it could cause a sudden run on masks if Americans turn to private industry to meet the expected surge in demand.

Trump and other administration officials sought to minimize any burden by stressing the recommendations did not amount to requirements and a variety of homemade coverings were perfectly acceptable.

Federal officials stressed that surgical masks and N95 respirators should be left for those on the front lines of fighting the spread of the infection.

Friday's announcement capped an evolution in messaging from the White House that officials acknowledged has, at times, been confusing.

Melania Trump embodied the ever-changing messaging with a tweet saying, "As the weekend approaches I ask that everyone take social distancing & wearing a mask/face covering seriously."

The administration has said states should have done more to stockpile medical supplies, but it's not clear if anyone is prepared for the potential rush that could ensue if people try to obtain medical masks for themselves.

'It's very hard to get these products'

Trump also announced that he directed the Federal Emergency Management Agency (FEMA) to prevent the export of N95 masks like those made by manufacturing giant 3M, along with surgical gloves and other anti-viral protective gear. He said exceptions might be made to help Italy and Spain, which have been hit hard by the coronavirus outbreak.

Medical device manufacturer 3M says it is under pressure from the White House to stop exporting N95 masks it currently produces in the United States to other countries, including Canada.

The Minnesota-based company said in a news release earlier on Friday that while it welcomes the Trump administration's invocation of the Defense Production Act (DPA) to compel domestic companies to produce critically needed medical infrastructure, it said limiting exports presents "significant humanitarian implications" and will backfire by causing other countries to retaliate by withholding supplies from the U.S.

Meanwhile, governors and hospital officials around the U.S. have warned of a dire shortage of masks and other protective gear for health care workers treating people with COVID-19, the disease caused by the new coronavirus.

In rural Florida, Okeechobee Discount Drugs has been sold out of face masks for almost two weeks, and "we don't know where you can find any masks at this point," said Stacey Nelson, one of the pharmacy's owners.

"It's very hard to get these products, but people want them," Nelson said.

"They've been getting mixed messages and people aren't sure if they should be wearing masks in our daily lives. It's very confusing. Wear them or don't wear them?"

For most people, the novel coronavirus causes mild or moderate symptoms, such as fever and cough that clear up in two to three weeks. For some, especially older adults and people with existing health problems, it can cause more severe illness, including pneumonia and death.

In fashioning the recommendations, the Trump administration appears to be striving to balance political concerns about wanting to preserve as much normalcy as possible with public health concerns that some infections are being spread by people who seem to be healthy, which could infect areas that so far have been mostly spared.

The White House has faced pushback against rigorous physical distancing guidelines from states with lesser rates of infection. For the hardest-hit areas, where distancing has already been in place for some time, the White House coronavirus task force thought there would be less risk of people ignoring the other guidance if they covered their faces.

Dr. Deborah Birx, the task force co-ordinator, said Thursday she was concerned that people would be lulled into a false sense of security by covering their faces, and wouldn't abide by the more critical and effective measures to slow the spread of the virus: staying six feet apart, frequently washing their hands and refraining from touching their faces.

WATCH | Are we doing a 180 on whether masks are beneficial?: 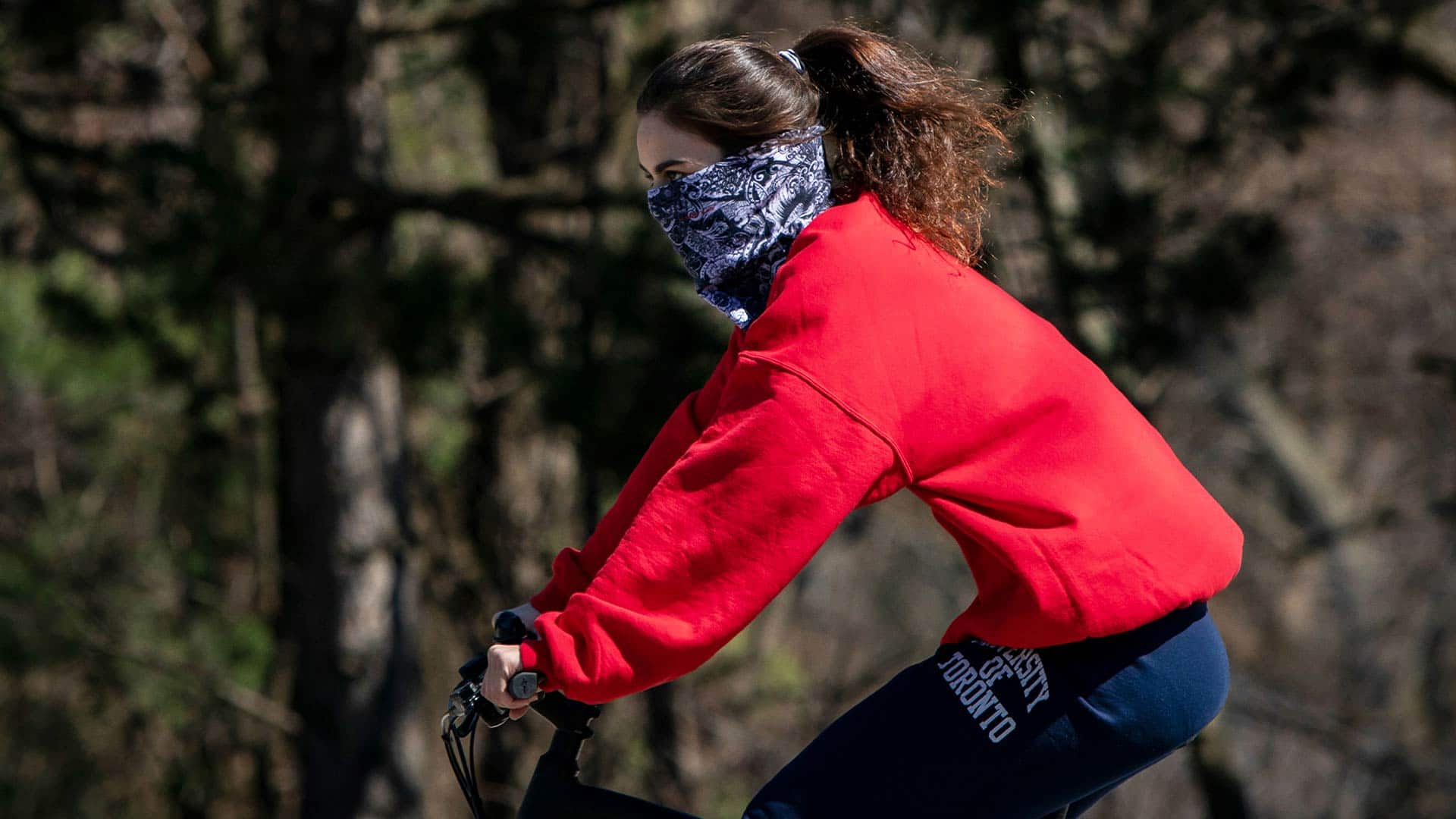 COVID-19: Are we doing a 180 on whether masks are beneficial?

7 months ago
3:03
Doctors answer your questions about the coronavirus, including whether or not the advice on masks has changed. 3:03

As with other public health guidance, the recommendation on face covering has been a moving target for the administration. Under the previous guidance, only the sick or those at high risk of complications from the respiratory illness were advised to wear masks.

Surgeon General Jerome Adams wrote on Twitter at the end of February that people should "STOP BUYING MASKS" and said they were not effective in protecting the general public.

On Monday, he noted that the World Health Organization does not recommend masks for healthy members of the population.

Three days later, he tweeted that though there remains "scant" evidence that wearing a mask, especially improperly, can protect the wearer, "emerging data suggests facial coverings may prevent asymptomatic disease transmission to others."

In Canada, chief public health officer Dr. Theresa Tam recommend that only those who have symptoms or are taking care of a person with suspected COVID-19 infection wear masks.

"Putting a mask on an asymptomatic person is not beneficial, obviously, if you're not infected," Tam said earlier this week.