A U.S. election campaign that’s already produced an anthology of unusual moments for a mature democracy ended with storefront windows being boarded up in several cities and an unscalable fence being erected around the White House. Is this a make-or-break moment for the American republic?

Just a few years into the birth of their new country, George Washington warned Americans that all-consuming hostility between political parties could be the toxin that would kill their young republic and fling it down a dark ditch toward despotism.

That experiment in self-government has endured through 231 years, 58 presidential elections and one civil war, and is by some assessments the world's oldest democracy.

Years of escalating enmity between political parties has led to a place where different risk-assessment firms that usually deliver warnings involving less-developed countries now express fear of instability in the global superpower.

The warnings run a gamut from threats of violence, to legal fights over whose votes will count, to the potential reactions of one inimitable American president, Donald Trump.

The Supreme Court decision on voting in Pennsylvania is a VERY dangerous one. It will allow rampant and unchecked cheating and will undermine our entire systems of laws. It will also induce violence in the streets. Something must be done!

So a campaign that's already produced an anthology of unusual moments for a mature democracy now ends with storefront windows being boarded up in several cities and an unscalable fence being erected around the White House.

Americans have been expressing angst for a while about this election. In everyday conversations lately, you hear casual utterances of hair-raising concerns.

"That's the only thing I do fear — that a race war will start out. Just because [Republicans] didn't win."

A man nearby about to cast his ballot paused to ask whether this was indeed a legitimate drop box.

Jackson Golden's fear was that it might be a counterfeit site erected by Republicans to collect, and possibly destroy, votes from people in Democratic-leaning Philadelphia.

"I just want to make sure this thing gets counted," said Golden, before casting his ballot Monday in the very real drop box near city hall.

"Some people in America are not treating this election fairly and can only win if they cheat. … It seems pretty clear that's the plan. I think it's been broadcast, in pretty clear daylight."

Many Republicans feel the same mistrust of Democrats. Some have pointed out it's cities that vote Democratic putting up those storefront barriers in anticipation of post-election vandalism from progressives.

Around the same time Golden was voting, Candis Houston was down in Texas protesting an effort to cancel her vote.

Republican lawyers attempted to have a judge toss out 127,000 votes cast at drive-thru polling locations in Houston.

"This illegal underhanded vote grab, it could sway the election," said Candis Houston, president of a local branch of a teachers union.

"It's just another form of voter suppression."

She said her two daughters, who voted in the drive-thru with her, are now away at college and could not get back to vote on time if their ballots were cancelled.

The good news for those 127,000 voters is the suit was rejected by a federal judge on Monday.

Yet, there's already talk of an appeal, amid scores of other court cases, which, in the event of a tight race, could open the floodgates to a turbulent few weeks of litigation.

Democratic presidential candidate Joe Biden is favoured to win the election, according to the polls, though it could be close and the outcome is by no means guaranteed.

Merely counting the mail-in ballots could take days in some swing states, especially in the north.

That adds a new variable to the formula for potential turmoil that has political risk-assessment experts unusually worried about the United States.

A report from the International Crisis Group, a global think-tank headquartered in Brussels, lays out three broad categories of risk: Armed violence, efforts to delegitimize or disqualify mail-in ballots, and fights over deadlines for counting votes.

"The tinder here is pretty dry."

WATCH | Trump supporters shut down a bridge in New York: 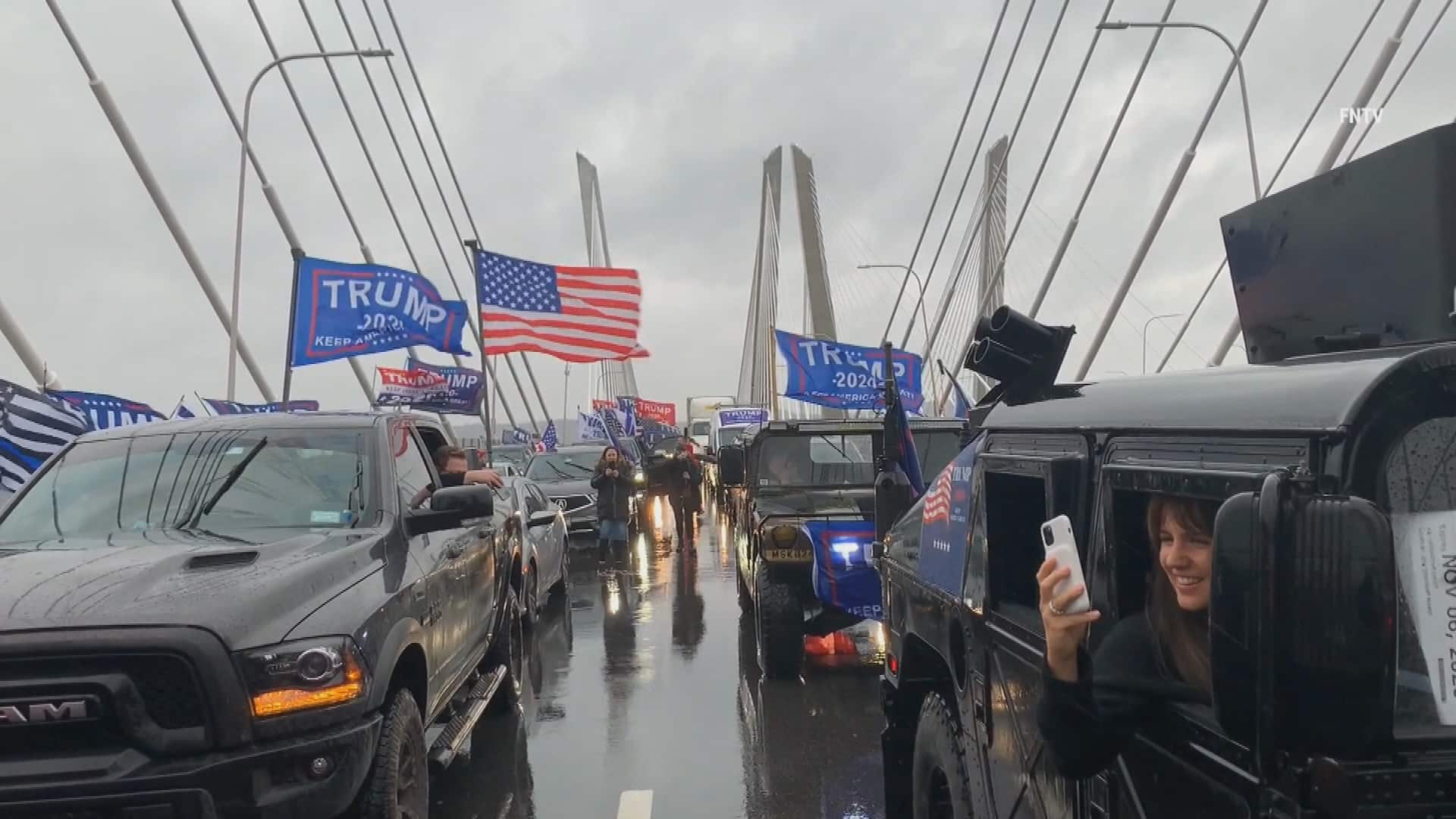 4 months ago
0:38
A caravan of Donald Trump supporters were seen slowing traffic in the New York City area on Sunday. A spokesperson for the New Jersey Turnpike Authority said northbound traffic on the Garden State Parkway was blocked for a time. 0:38

ICG cites four causes that could set the kindling aflame. It says these four factors, when occurring in combination, would spell trouble for any democracy, anywhere.

They include the country's politics being polarized along racial and identity lines, the rise of armed groups with political agendas, and the possibility of a contested outcome.

Then comes the final combustible variable: Trump himself.

WATCH | Can Trump refuse to leave the White House if he loses?: 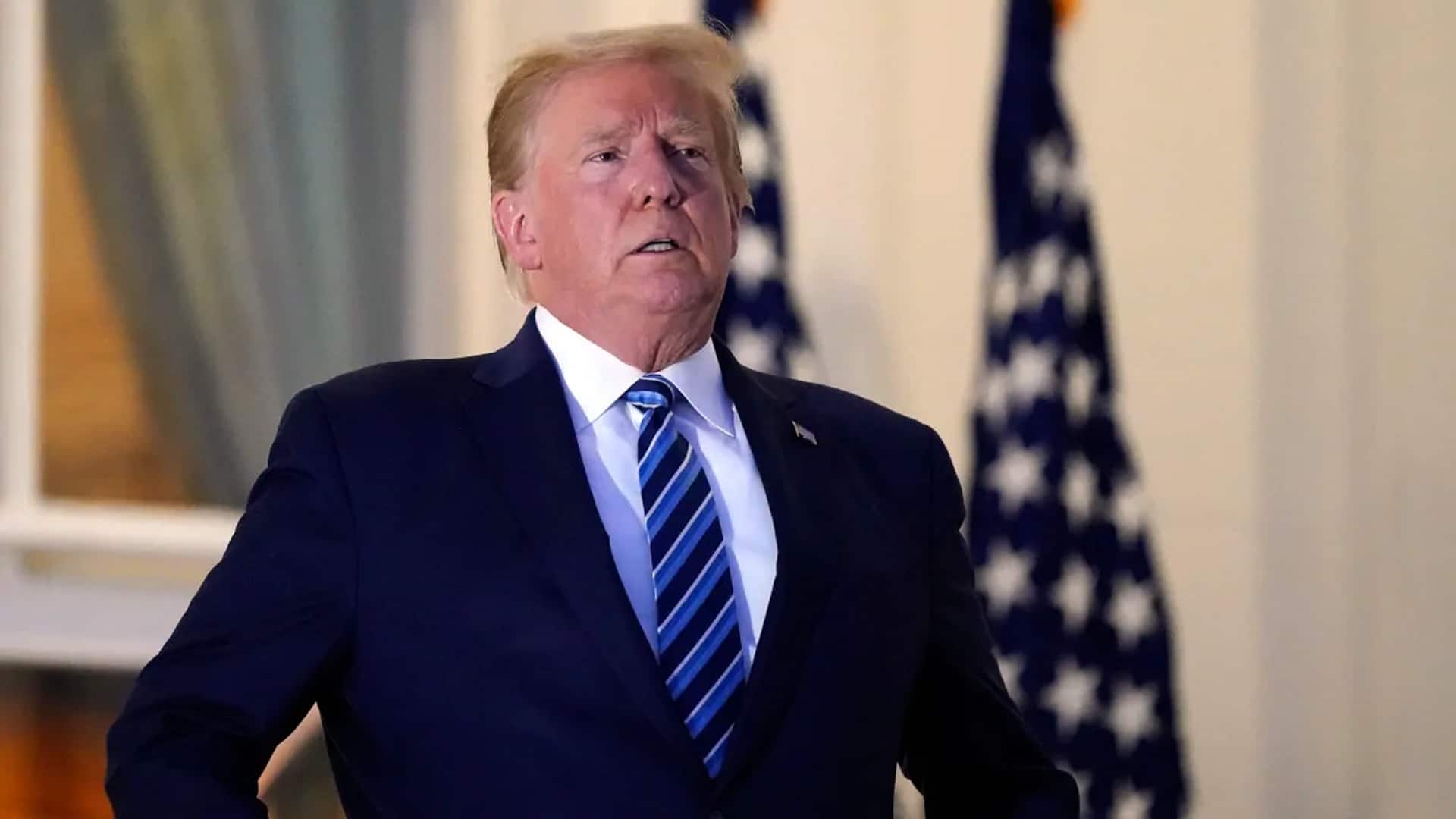 What happens if Trump rejects the U.S. election result

4 months ago
6:40
Legal expert weighs in on potential challenge if U.S. President Donald Trump refuses to step down if he loses. 6:40

The president, who revels in torching conventions as much as he recoils at admitting defeat, employs behaviour without recent precedent for a U.S. president, says the report.

WATCH | Pomper on the risk of violence: 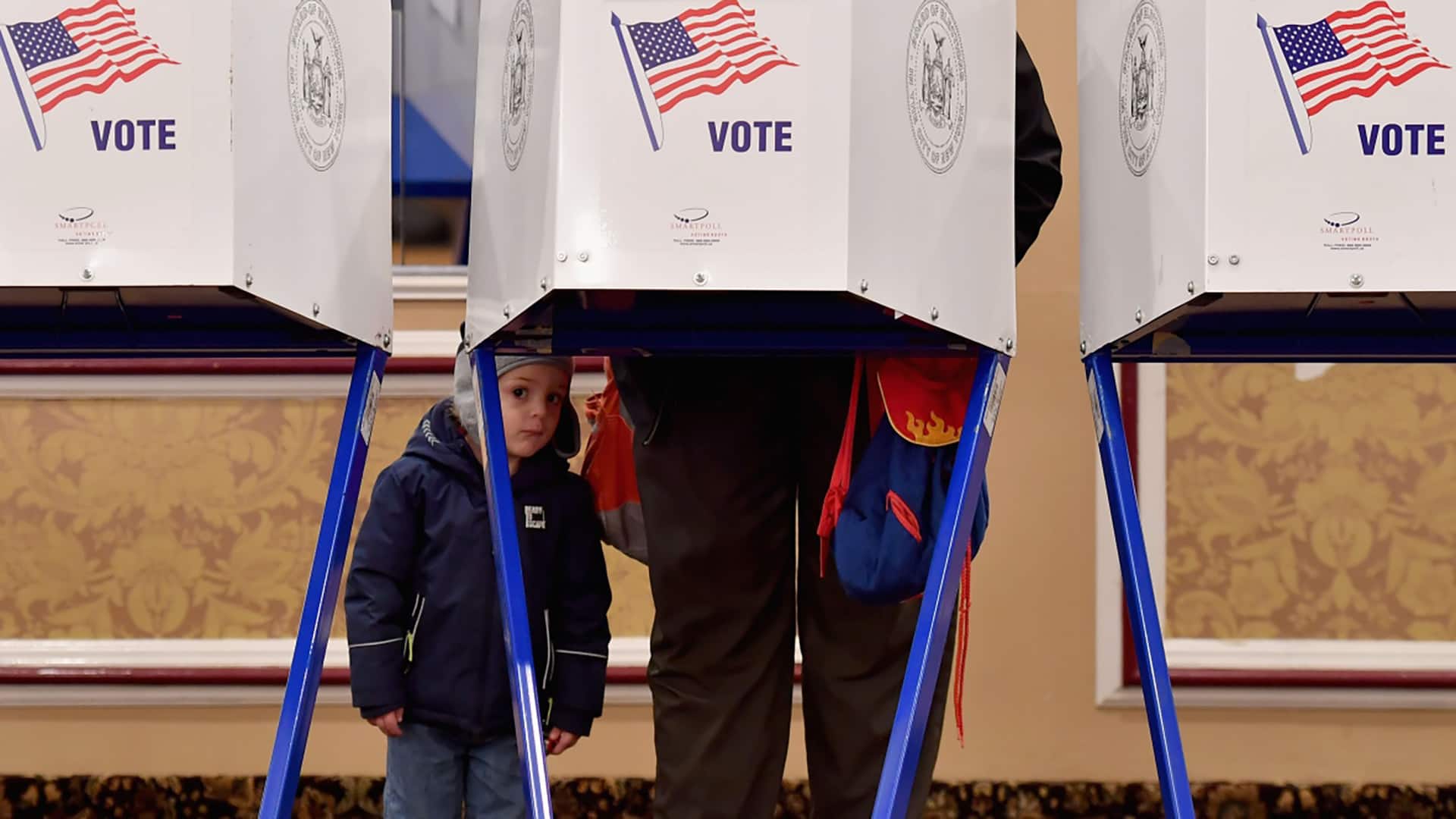 4 months ago
7:44
A transnational think-tank says the 2020 U.S. election presents risks for conflict and violence not seen in recent history. Stephen Pomper of the International Crisis Group says political polarization seen in the U.S. and the presence of armed groups are both risk factors.    7:44

Pomper made clear — and it's a critical point worth emphasizing — that his firm's report does not project any sort of protracted conflict like a civil war.

What he does worry about is sporadic violence that could begin in one area and spread, amid debates over the election's integrity.

There's already been an alleged plot to kidnap Michigan Gov. Gretchen Whitmer over restrictions she imposed to slow the spread of COVID-19, as well as criminal charges over an alleged scheme to use robocalls to scare voters away from casting ballots.

In addition, for the second straight election, Trump has called for the arrest of his political opponents, while calling for the FBI to drop an investigation into his supporters.

That probe opened after Trump supporters used their vehicles to surround a moving Democratic campaign bus in Texas. The highway confrontation included one collision and resulted in the Democratic team cancelling an event.

WATCH | A caravan of Trump supporters surrounds a Biden-Harris bus: 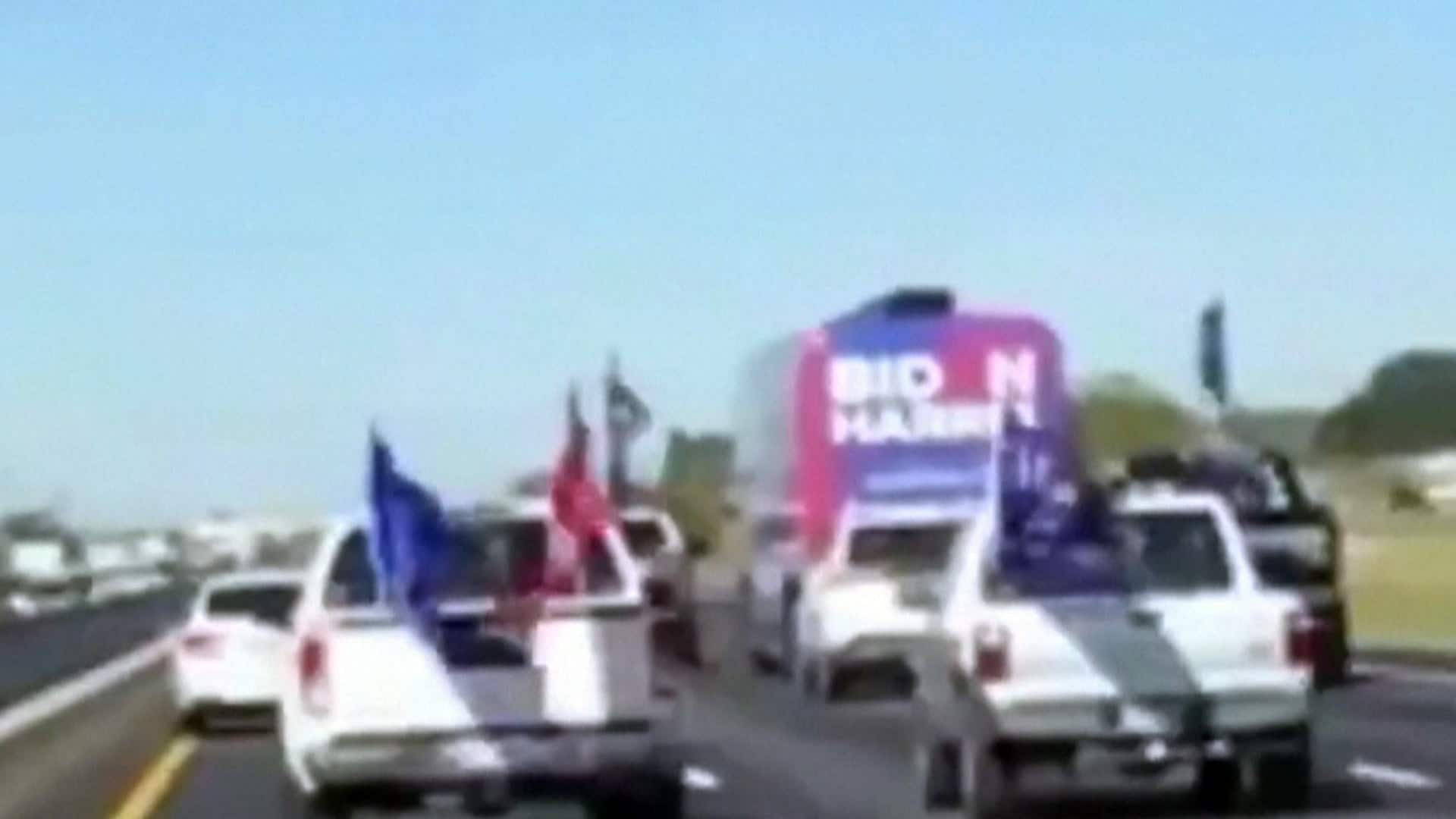 4 months ago
0:26
The FBI is investigating after a caravan of Donald Trump supporters surrounded a Biden-Harris campaign bus on a Texas highway between San Antonio and Austin on Friday. During a rally in Opa-Locka, Fla., on Monday, Trump called his supporters in the caravan 'very good people.' 0:26

There have been hundreds of lawsuits over voting rules, and court challenges to toss out previously cast ballots.

It's worth noting that a blowout win, one way or the other, could prevent weeks of turmoil.

And we'll get our first indication tonight whether this election will be close or not from the results of southern swing states that count mail-in ballots quickly.

If Trump has clearly won those southern swing states, we could then face a confusing days-long nail-biter as Pennsylvania and other northern states count ballots more slowly.

Where this is all headed

Steve Levitsky, co-author of the popular book How Democracies Die, says this election is by no means a make-or-break event for the American republic.

He says the president is a driver of discord: "Trump is infinitely reckless," said Levitsky, a Harvard University expert on democratic decline.

"He will say anything without any regard for the consequences. ... So I worry a lot about chaos and violence on election day."

WATCH | Fear of voter intimidation, violence ahead of U.S. election: 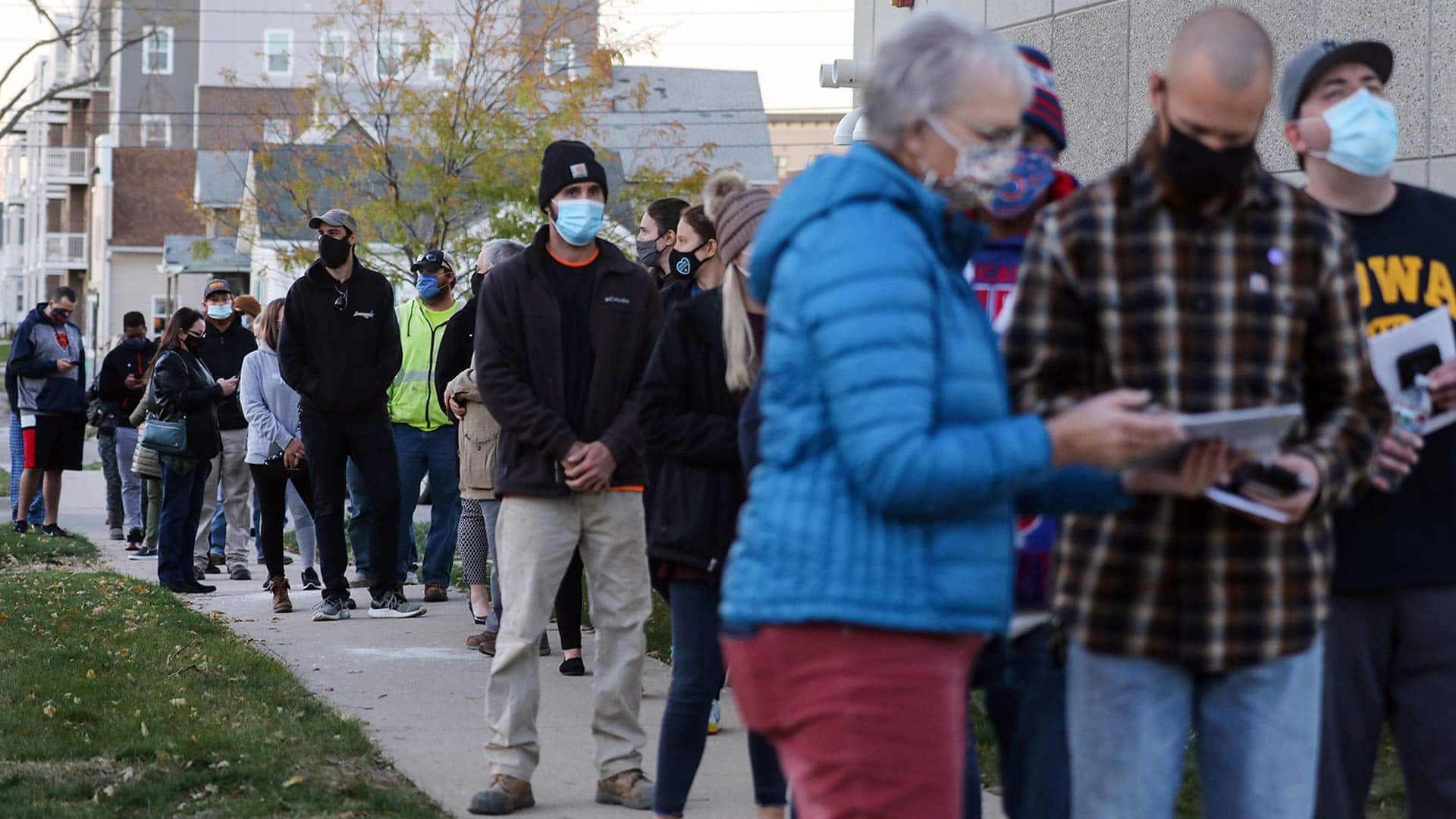 Fears of voter intimidation, violence ahead of U.S. election

4 months ago
2:05
Municipal authorities in the U.S. have vowed to keep voting safe, but the fears of voter intimidation and even violence at polling stations remain. 2:05

Levitsky expects a clear result would douse some of the tension.

However, the institutions of American democracy have been eroding over a couple of decades as the two major parties morph into increasingly bitter enemies, he said.

And he expects that toxicity will persist regardless of who wins this election.

In other words, he agrees with the general takeaway of the ICG report:

The old republic will live on. But it's in for a very rocky ride.