An "unstable" armed man who took more than a dozen passengers hostage on a long-distance bus in the city of Lutsk, Ukraine, surrendered to police Tuesday after an hours-long standoff ended with all hostages going free and unharmed.

According to Ukrainian media, the hostage taker was an animal rights activist

An "unstable" armed man who took more than a dozen passengers hostage on a long-distance bus in the city of Lutsk, Ukraine, surrendered to police Tuesday after an hours-long standoff ended with all hostages going free and unharmed.

Shortly after the call, Zelensky posted a brief video message on his Facebook page urging Ukrainians to watch Earthlings, a 2005 American documentary exposing humanity's cruel exploitation of animals — as the hostage-taker had asked.

Minutes later, the assailant walked off the bus and surrendered. Authorities said all 13 hostages were freed and no one was hurt.

Earlier, following negotiations with Yevhen Koval, the first deputy chief of national police, the man had released three of the hostages, including a pregnant woman.

At one point during the conversation, he fired his gun through the bus window and a bullet narrowly missed Koval, who also brought water for the hostages. 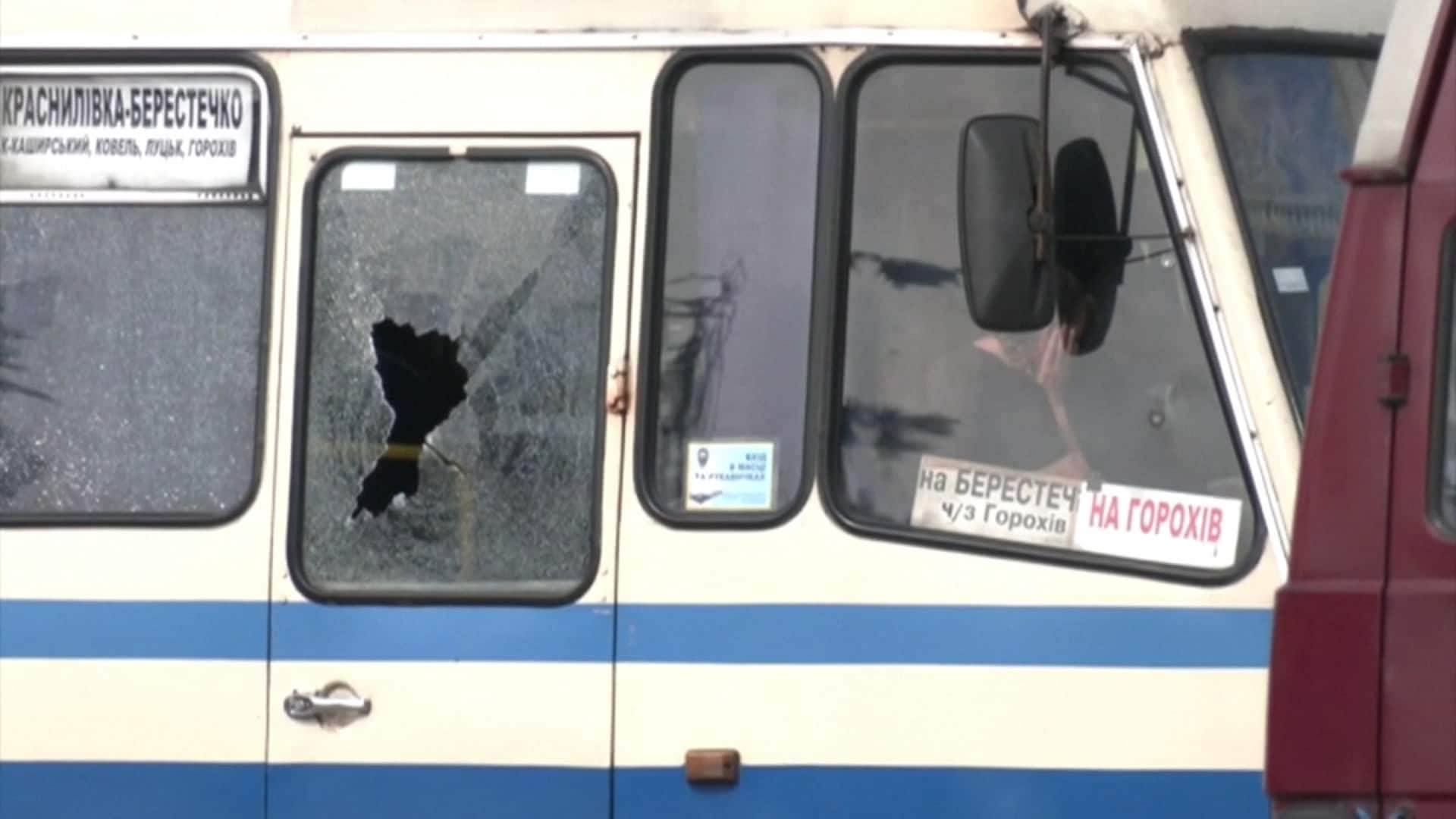 6 months agoVideo
1:01
Police arrest armed man without incident after vehicle seized in city of Lutsk; all 13 hostages freed and unhurt. 1:01

After the drama ended, Zelensky hailed law enforcement officers for saving the hostages.

"Human life is the most important value," he said on Facebook. "Now families can finally hug their relatives who spent the entire day on the bus in anguish."

Speaking to reporters, Ukraine's Interior Minister Arsen Avakov described the assailant as "an unstable man who painted his vision of the world and invented a revenge for it."

"He had his own vision of justice and the value of human life," Avakov said.

As the hostage drama unfolded, police sealed off the centre of Lutsk, 400 kilometres west of the capital Kyiv. At one point, the assailant threw explosives out of a bus window, but no one was hurt. He also fired several shots at a police drone.

The man called the police himself at 9:25 a.m. local time after taking control of the vehicle and introduced himself as Maksim Plokhoy, deputy interior minister Anton Gerashchenko said on Facebook.

According to Gerashchenko, police have identified the man as Maksim Krivosh, a 44-year-old Ukrainian born in Russia. Krivosh had reportedly been convicted twice on a wide range of charges — robbery, fraud, illegal arms handling — and spent a total of 10 years behind bars.

According to reports, Krivosh tried to reach out to journalists through hostages and their phones, demanding that they spread the word about his demands and get more reporters to arrive at the scene.