U.S. announces $2B in aid for 19 countries 'at risk for future Russian aggression'

U.S. Secretary of State Antony Blinken made an unscheduled visit to Kyiv on Thursday as the Biden administration announced major new military aid worth more than $2 billion US for Ukraine and other European countries who feel threatened by Russia.

Secretary of State Antony Blinken made an unscheduled visit to Kyiv on Thursday as the U.S. announced major new military aid worth more than $2 billion US for Ukraine and other European countries who feel threatened by Russia.

In meetings with senior Ukrainian officials, Blinken said Joe Biden's administration would provide $2 billion in long-term foreign military financing to Ukraine and 18 of its neighbours, including NATO members and regional security partners "most potentially at risk for future Russian aggression."

"We know this is a pivotal moment, more than six months into Russia's war of aggression against Ukraine, as your counteroffensive is now under way and proving effective," Blinken told Ukrainian President Volodomyr Zelenskyy. 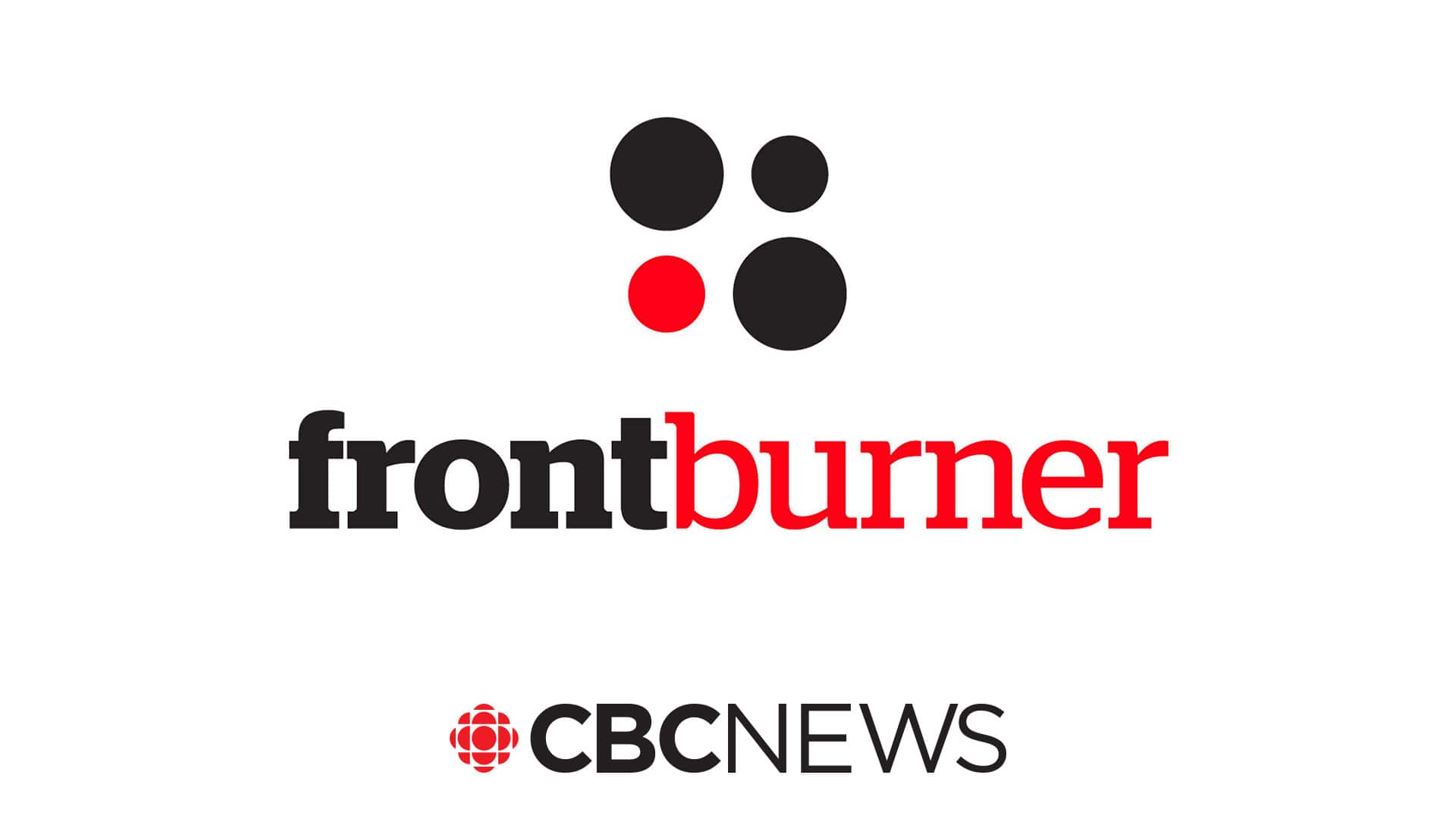 Front Burner24:58Inside Ukraine — a country living with war
The view of the war from inside Ukraine varies depending on where you are. For two weeks, CBC News senior correspondent Susan Ormiston has been crossing the country where the war has become a normal part of life for some. In the capital of Kyiv, businesses are re-opening, communities are rebuilding, and some who fled at the start of the war have returned. Meanwhile, in Kherson and Kharkiv, fierce fighting continues as Ukraine’s counteroffensive reportedly ramps up. The Ukrainians say they’re making good progress, but Russia denies this, saying Ukraine is suffering heavy losses. An ongoing media blackout makes it hard to get a clear picture. Today on Front Burner, Susan Ormiston shows us the complicated reality in Ukraine as the war grinds on.

"We are grateful for the signal, for this enormous support that you're providing on a day-to-day basis," Zelenskyy replied.

.<a href="https://twitter.com/SecDef?ref_src=twsrc%5Etfw">@SecDef</a>: We established this Contact Group as the free world was racing to meet Ukraine’s most urgent requirements. But today, this Contact Group needs to position itself to sustain Ukraine’s brave defenders for the long haul. <a href="https://t.co/RN2OdaGrmR">pic.twitter.com/RN2OdaGrmR</a>

Austin, attending a meeting of the Ukraine Defence Contact Group, said that "the war is at another key moment," with Ukrainian forces beginning their counteroffensive in the south of the country. He said "now we're seeing the demonstrable success of our common efforts on the battlefield."

NATO Secretary General Jens Stoltenberg, also at the Germany meeting, urged Western nations to keep faith in their efforts to support Ukraine through what could be some tough winter months, saying "there is no sign of Russia giving up its goal of taking control of Ukraine."

"I understand that many people are frustrated and actually feel the pain in NATO countries with increasing energy prices, the cost of living," said Stoltenberg. "But at the same time, we have to remember that the price we pay is measured in money … while the price that Ukrainians are paying is measured in lives lost every day."

Also on Thursday, the U.S. imposed sanctions on an Iranian company it accused of co-ordinating military flights to transport Iranian drones to Russia as well as three companies it said were involved in the production of Iranian drones.

The United States accuses Iran of supplying drones to Russia for use in its war in Ukraine, which Tehran has denied.

The U.S. Treasury Department in a statement said it designated Tehran-based Safiran Airport Services, accusing it of co-ordinating Russian military flights between Iran and Russia, including those associated with transporting drones, personnel and related equipment.

The Treasury also designated Paravar Pars Company, Design and Manufacturing of Aircraft Engines and Baharestan Kish Company, accusing them of being involved in the research, development, production and procurement of Iranian drones.

The Treasury singled out Paravar Pars Company for involvement in the reverse engineering of U.S. and Israeli-made drones, without specifying which models. Reuters has reported that some of Iran's drones are based on unmanned aircraft from other countries, including an aerial U.S. RQ-170 Sentinel reconnaissance drone captured in 2011.

Fighting between Ukraine and Russia has intensified in recent days, with Ukrainian forces mounting a counteroffensive to retake Russian-held areas in the south and east.

Zelenskyy on Thursday said Kyiv's forces had liberated than 1,000-square km of territory since Sept. 1 and recaptured dozens of settlements as part of a counteroffensive against Russia. Zelenskyy made the remarks in an evening address.

Separately, he said Balakliya, a city of 25,000 and an important railroad junction, was one of the communities Ukrainian forces have recaptured.

The gains came as Ukraine continued to mount a counteroffensive in the southern Kherson region.

According to a report released Wednesday by the Washington, D.C.-based Institute for the Study of War, Ukrainian forces in Kharkiv are "likely exploiting Russian force reallocation" to areas near the occupied city of Kherson in the south "to conduct an opportunistic yet highly effective counteroffensive" in the province.

Ukrainian forces advanced at least 20 kilometres into Russian-held territory in the Kharkiv region on Wednesday, the report said.

Zelenskyy in his nightly video address Wednesday also reported success in the Kharkiv region but didn't provide details on its scope.

Vitaly Ganchev, the Moscow-backed mayor of the town of Kupiansk in a Russian-occupied area of the Kharkiv region, said Thursday that authorities had begun evacuating women and children from the town and nearby areas because of relentless Ukrainian shelling.

Meanwhile, tensions continued to simmer around the Zaporizhzhia nuclear power plant, where Ukraine and Russia have accused each other of threatening a nuclear disaster by shelling near the facility.

The towns of Nikopol and Marhanets, which face the plant across the Dnieper River, had come under Russian shelling overnight that left apartment buildings, a school, some industrial facilities and power lines damaged, said Valentyn Reznichenko, the governor of the Dnipropetrovsk province.

WATCH l 'Every night there is shelling': CBC reports from southern Ukraine:

3 months ago
Duration 2:38
Frequent shelling has driven out much of the population of Mykolaiv, Ukraine, a city on the country's southern coast. Those who remain are surviving with the help of foreign aid. They say they are scared, but hopeful.

Ukrainian Deputy Prime Minister Iryna Vereshchuk urged residents of Russian-occupied areas near the power plant to evacuate, adding that Ukrainian authorities have urged the Russians to set up humanitarian corridors to evacuate local residents, but have received no response.

Ukraine's Enerhoatom, which oversees the country's nuclear plants, said that the Zaporizhzhia plant's workers were continuing repair works on Thursday to restore at least one of seven power lines to the plant, which has continued to operate with only one of six reactors operating to power the cooling system's pumps.

Enerhoatom chief Petro Kotin accused Russia on Thursday of trying to "steal" Europe's largest nuclear plant by cutting it off from the Ukrainian electricity grid, in comments to The Associated Press.

"We are trying to keep this unit running as much as possible, but eventually it will have to be shut down and then the station will switch to diesel generators," he said, noting that such generators are "the station's last defence before a radiation accident."

The head of the UN International Atomic Energy Agency (IAEA), Rafael Grossi, has warned that "something very, very catastrophic could take place" at the Zaporizhzhia plant and urged Russia and Ukraine to establish a "nuclear safety and security protection zone" around it.

Kotin has said that the IAEA's proposals to improve safety at the plant can only be implemented if Russian troops leave and are replaced by a peacekeeping contingent.

Meanwhile, the chief of the Ukrainian military, Gen. Valerii Zaluzhnyy, acknowledged in an article published Wednesday that explosions and fires at airbases in the Russian-annexed Crimean Peninsula last month were caused by a "successful series of rocket strikes on Crimean air bases."

It marked the first official acknowledgement of responsibility for the attacks by Ukrainian authorities.