In the aftermath of the still-to-be-officially-called U.S. election, the hot take from Russian state TV pundits was that the election's chaotic conclusion demonstrates how far the mighty superpower has fallen.

In the aftermath of the still-to-be-officially-called U.S. election, the hot take from Russian state TV pundits was that the election's chaotic conclusion demonstrates how far the mighty superpower has fallen.

With Joe Biden leading in several key swing states that remain to be called and getting closer to the 270 electoral college votes needed to win the presidency, what his presidency might mean for relations between the United States and Russia appeared secondary to the propaganda bonanza.

"The borders of insanity are limitless," said political scientist Andranik Migranyan on the talk show Big Game on state-owned NTV.

"Each of the candidates accuses the other of stealing votes. This shows the deep crisis in the U.S.A."

Guests on talk show 60 Minutes feigned being scandalized as they borrowed Donald Trump's lines that mail-in votes in tight races such as Georgia and Pennsylvania had to have been "stolen" because there was no way so many of them were going Democratic. 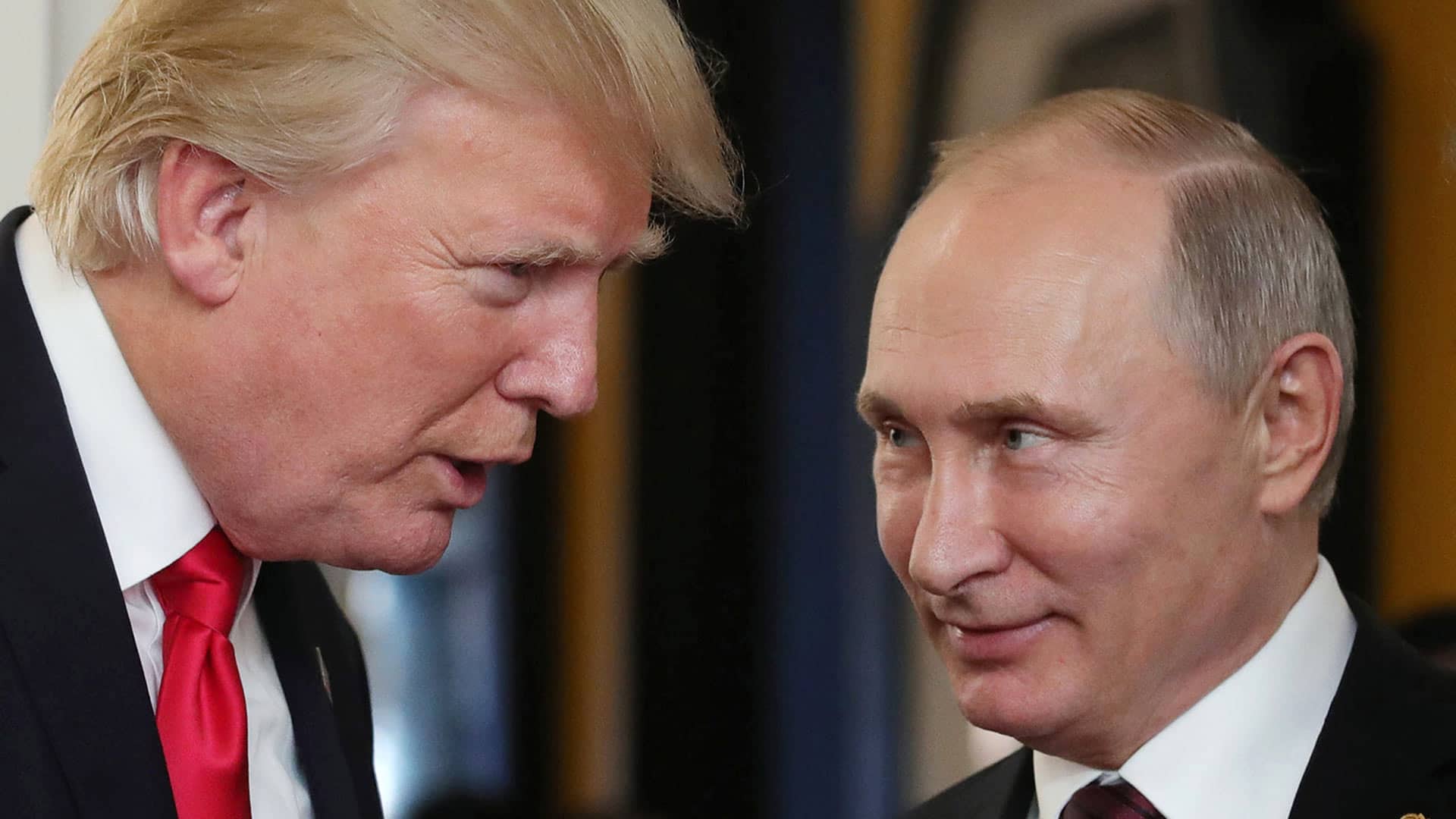 3 months agoVideo
1:59
The long, slow count of ballots and cries of a rigged U.S. election have become a gold mine for Russian state media, which is using it to suggest the decline of a once-great democracy instead of focusing on the potential new president. 1:59

The situation in the U.S. is "extreme," said Gennady Zyuganov, leader of Russia's Communist Party, the second largest party in the country's parliament.

He went on to raise the prospect of "anarchy" coupled with a looming nuclear threat to Russia as a result of the contested outcome.

The U.S. frequently accuses Russia of rigging its elections — particularly those involving President Vladimir Putin — and the ongoing uncertainty has offered the Kremlin's friendly voices an irresistible opportunity to turn the tables.

Putin won the last presidential race in 2018 with 77 per cent of the vote in a contest that was so heavily stage managed that potential challengers had to be approved or vetoed by the Kremlin.

The question of election fairness is especially sensitive as it has been the trigger for large scale unrest.

In the summer of 2019, authorities refused to allow several opposition candidates to run for seats in Moscow's municipal elections leading to weeks of large street protests.

One of Putin's frequent pronouncements is that liberal democratic values around the world are in decline, as well as the country that purports to be their greatest champion, the U.S.

To what extent Russians actually believe that is unclear, but the fallout from election night has been covered extensively.

No 'best candidate' for Russia

Still, beyond propaganda value, there appeared to be little sign of remorse from commentators that Trump — the man the Kremlin was repeatedly accused of trying to install in the White House — was probably on his way out.

"There is no 'best candidate' for Russia in the United States," said Aleksey Pushkov, a member of the ruling United Russia party from the Duma's upper house.

While many state TV hosts continue to mockingly refer to Trump as "our guy," the conventional wisdom from most pundits is that his administration failed to deliver for Russia.

Despite Trump's unwillingness to personally criticize Putin, the U.S. imposed a succession of economic and political sanctions on Russia over the 2016 election interference and Russia's use of nerve agent Novichok in an assassination attempt in 2018.

Tatiana Stanovaya, a Paris-based scholar with Carnegie Moscow Center who studies the power plays within Russia's ruling elite, said there is no single "Kremlin view" about what a Biden presidency could mean.

In a Carnegie essay, she writes that there are nuanced positions among the groups closest to Putin, with some influencers feeling Trump's ability to "sow chaos" among Western allies helped the Kremlin while others believe his unpredictability did more harm than good.

"The problem is that Russia became a key tool for the [U.S. political] opposition to hit Trump,"  Stanovaya told CBC News in a followup interview.

"So in the Kremlin now, they hope that this factor will disappear, and it will open the doors for bilateral dialogue."

A topic of common interest

If, as it now appears likely, Biden does move into the Oval Office in early January, the new dynamic may get an early test over the issue of extending a key nuclear arms pact, START III.

Putin has been pushing the Trump administration to accept a single year extension to give both sides time to negotiate a new agreement on nuclear weapons.

The move would also allow Russia to continue developing its next generation "hypersonic" weapons, which limit strategic nuclear missile launchers but does not address the number of warheads a country can possess.

Trump, however, appears to have little interest in extending the life of the agreement that was negotiated by his predecessor, Barack Obama, and shepherded through Congress by none other than Biden.

"About 90 per cent of all nuclear warheads, which together can destroy the planet several times, are in the possession of Russia and the United States. Is there a topic for common interests? Certainly," former Russian ambassador to Washington Vladimir Lukin said in an interview published in the Daily Storm.

But other veteran foreign policy watchers doubt a single issue will be enough to move the needle and warm up a frozen relationship that nosedived after Russia annexed Crimea in 2014. Ukraine — and much of the world — considers the annexation illegal.

"I think that Russian-American agenda is limited to one issue — and that issue is preventing a military collision that leads to war," said Dmitri Trenin, director of the Carnegie Moscow Center.

Trenin said a Biden presidency would also be more focused on pursuing a human rights agenda, and that would likely include addressing perceived violations inside Russia.

"I think the front line of Russia-U.S. confrontation will be extended to fully include Russian domestic politics — which Trump doesn't really care about democracy, human rights and whatever you can think of," Trenin said.