President Barack Obama today outlined some steps his administration will take to normalize full diplomatic relations with Cuba, marking the most significant shift in U.S. policy toward the communist island in decades. 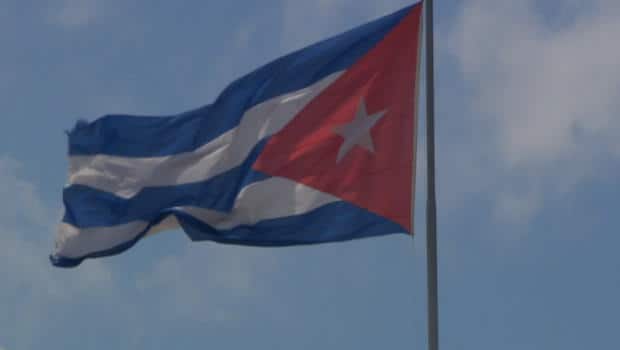 6 years agoVideo
4:26
Cuba and the United States are restoring diplomatic relations after more than 50 years 4:26

President Barack Obama outlined some steps his administration will take to normalize full diplomatic relations with Cuba, the most significant shift in U.S. policy toward the communist island in decades.

Speaking from the White House on Wednesday, Obama said the "rigid" policy the United States has had toward Cuba over the past decades has had little effect.

"These 50 years have shown that isolation has not worked,” he said, referring to the sanctions and travel bans the U.S. had imposed on Cuba.

As Obama spoke, Cuban President Raul Castro addressed his own nation from Havana. He said that while profound differences remain between the two nations in such areas as human rights and foreign policy, they must learn to live with those differences "in a civilized manner."

The re-establishment of diplomatic ties was accompanied by Cuba's release of American Alan Gross and the swap of a U.S. spy held in Cuba for three Cubans jailed in Florida.

The U.S. will soon reopen an embassy in the capital of Havana and carry out high-level exchanges and visits between the governments. The U.S. is also easing travel bans to Cuba, including for family visits, official U.S. government business and educational activities. Tourist travel remains banned.

Such steps, Obama said, will make it easier for Americans to travel to Cuba, and use debit and credit cards on the island.

Licensed American travellers to Cuba will now be able to return to the U.S. with $400 in Cuban goods, including tobacco and alcohol products worth less than $100 combined. This means the long-standing ban on importing Cuban cigars is over, although there are still limits.

The U.S. is also increasing the amount of money Americans can send to Cubans to $2,000 every three months from $500. Early in his presidency, Obama allowed unlimited family visits by Cuban-Americans and removed a $1,200 annual cap on remittances. Secretary of State John Kerry is also launching a review of Cuba's designation as a state sponsor of terrorism.

The president also addressed the U.S. economic embargo against Cuba, which was codified in legislation. He said he intends to engage Congress in serious debate about lifting the embargo in an effort to allow more resources to reach Cuban citizens.

"To the Cuban people, America extends a hand of friendship,” Obama said.

Wednesday's announcements followed more than a year of secret talks between the U.S. and Cuba.

In a conference call, high-ranking officials said there were multiple meetings with Cuban officials in third countries. Canada hosted the majority of these meetings, the officials said anonymously on background.

The first face-to-face meeting Canada hosted was in June 2013. The series of meetings lasted until this past November.

Canada did not participate in the substance of the discussions, but played an indispensable role in facilitating and hosting the talks, the officials said.

Prime Minister Stephen Harper told CBC News he welcomed a warming of relations between the U.S. and Cuba, and said he was pleased at the role Canada played in the negotiations.

"I personally believe changes are coming in Cuba and this will facilitate those," he told CBC News chief correspondent Peter Mansbridge on Wednesday.

In a statement, the Vatican confirmed that its diplomats facilitated talks between the two countries, "resulting in solutions acceptable to both parties."

There were no meetings in Cuba or the United States.

For both countries to reach this point, Obama administration officials demanded the release of USAID subcontractor Gross.

Gross, 65, was released on humanitarian grounds by the Cuban government and arrived at an American military base just outside Washington Wednesday morning, accompanied by his wife and a handful of U.S. lawmakers. He went immediately into a meeting with Secretary of State Kerry.

Gross said on Wednesday Cuba and the United States had to move beyond "mutually belligerent" policies.

Gross, speaking to the media after his release from Cuba, thanked Obama for all he had done to secure his release, and said he did not blame the Cuban people for his ordeal.

"Two wrongs never make a right. I truly hope that we can all get beyond these mutually belligerent policies and I was very happy to hear what the president had to say today," he said.

As part of the secret negotiations to secure his release, the U.S. was releasing three Cubans jailed in Florida for spying.

Cuba also released a non-American U.S. intelligence "asset" along with Gross. Officials said the spy had been held for nearly 20 years and was responsible for some of the most important counterintelligence prosecutions that the United States has pursed in recent decades. That includes convicted Cuban spies Ana Belen Montes, Walter Kendall Myers and Gwendolyn Myers.

The three Cubans released in exchange for the spy are part of the Cuban Five — a group of men who were part of the "Wasp Network" sent by Cuba's then-president Fidel Castro to spy in South Florida. The men, who are hailed as heroes in Cuba, were convicted in 2001 in Miami on charges including conspiracy and failure to register as foreign agents in the U.S.

Two of the five were released after finishing their sentences.

Gross was detained in December 2009 while working to set up internet access as a subcontractor for the U.S. government's U.S. Agency for International Development, which does work promoting democracy in the communist country. It was his fifth trip to Cuba to work with Jewish communities on setting up internet access that bypassed local censorship.

Cuba considers USAID's programs illegal attempts by the U.S. to undermine its government, and Gross was tried and sentenced to 15 years in prison.