In a major blow to Prime Minister Boris Johnson, the U.K.'s highest court has ruled his decision to suspend Parliament for five weeks in the crucial countdown to the country's Brexit deadline is "unlawful."

Judges say prorogue order is 'void and of no effect'

In a major blow to Prime Minister Boris Johnson, the U.K.'s highest court ruled Tuesday his decision to suspend Parliament for five weeks in the crucial countdown to the country's Brexit deadline is "unlawful."

The unanimous Supreme Court ruling declared the order to suspend Parliament "void and of no effect."

Supreme Court President Brenda Hale said the suspension is "unlawful because it had the effect of frustrating or preventing the ability of Parliament to carry out its constitutional functions without reasonable justification."

She said the court's decision means Parliament was never legally suspended and is technically still sitting. 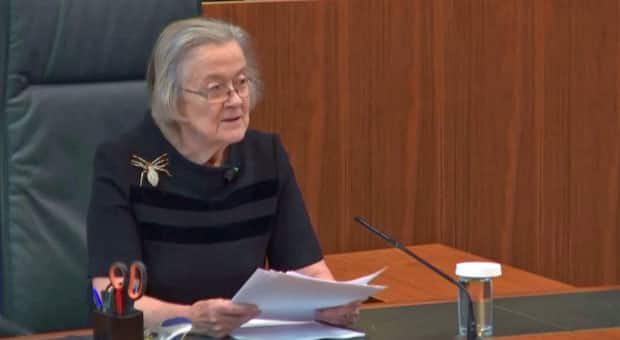 1 year ago
0:55
The U.K.'s top court ruled unanimously that PM Boris Johnson's government had shut Parliament to squelch debate on its Brexit policy. 0:55

"I have instructed the House authorities to prepare not for the recall — the prorogation was unlawful and is void — to prepare for the resumption of the business of the House of Commons," he told reporters.

"Specifically, I've instructed the House authorities to undertake such steps as are necessary to ensure that the House of Commons sits tomorrow," at 11:30 a.m. local time (6:30 a.m. ET). 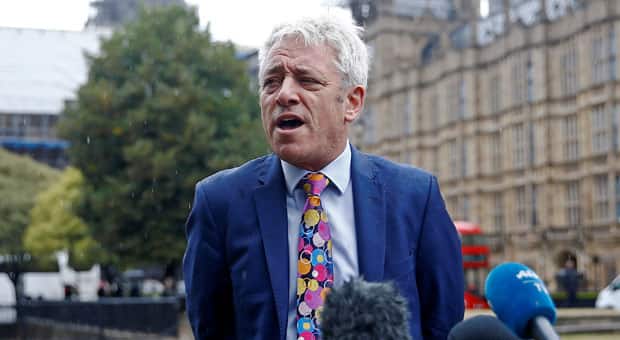 1 year ago
0:43
John Bercow says the U.K. House of Commons will resume business following the Supreme Court's ruling that the suspension of Parliament was unlawful. 0:43

In this country without a written constitution, the case marked a rare confrontation between the prime minister, the courts and Parliament over their rights and responsibilities.

It revolved around whether Johnson acted lawfully when he advised the Queen to suspend Parliament for five weeks during a crucial time frame before the Oct. 31 Brexit deadline when the U.K. is scheduled to leave the European Union.

"This is an unprecedented judgment," Joelle Grogan, a law lecturer at Middlesex University, told CBC News. "This is the strongest judgment that I certainly have ever seen as a statement from the Supreme Court  against a government here in the U.K." 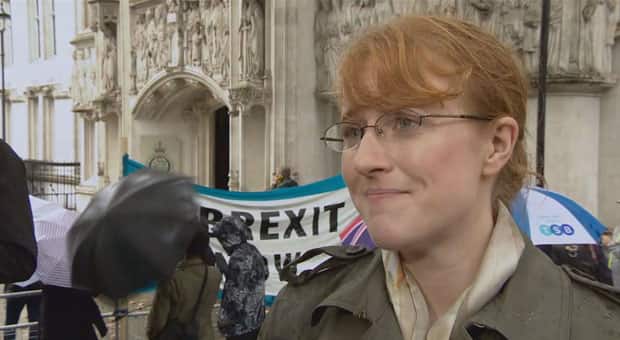 1 year ago
0:57
Joelle Grogan, a law lecturer at Middlesex University, discusses what the U.K. Supreme Court's ruling against the suspension of Parliament means for Boris Johnson and Brexit. 0:57

Johnson, who is in New York for the United Nations General Assembly, says he "strongly disagrees" with the court's ruling and won't rule out suspending Parliament again. He has also refused to say whether he will resign.

Johnson said on Tuesday that the Supreme Court ruling against him had hindered his attempt to get a Brexit deal but that as the law currently stood, the U.K. would leave the EU on Oct. 31.

"Obviously getting a deal is not made much easier against this background, but we are going to get on and do it," Johnson told reporters.

"I don't think that it's right, but we will go ahead, and of course Parliament will come back." 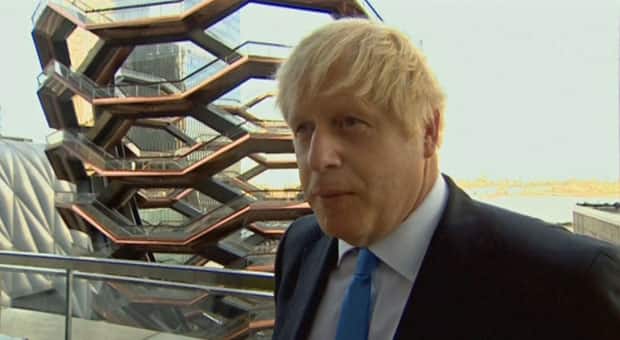 1 year ago
0:56
The U.K. prime minister defended his prorogation of Parliament despite the country's top court ruling that it was unlawful. 0:56

He's set to take a flight from New York overnight, earlier than planned, which would bring him back to London by the time Parliament resumes on Wednesday, according to his office.

The ruling followed three days of hearings last week before a panel of 11 judges.

The court rejected the government's assertions the decision to suspend Parliament until Oct. 14 was routine and not related to Brexit. It claimed that under Britain's unwritten constitution, it is a matter for politicians, not courts, to decide.

Watch as the U.S. and U.K. leaders talk about the ruling at the United Nations: 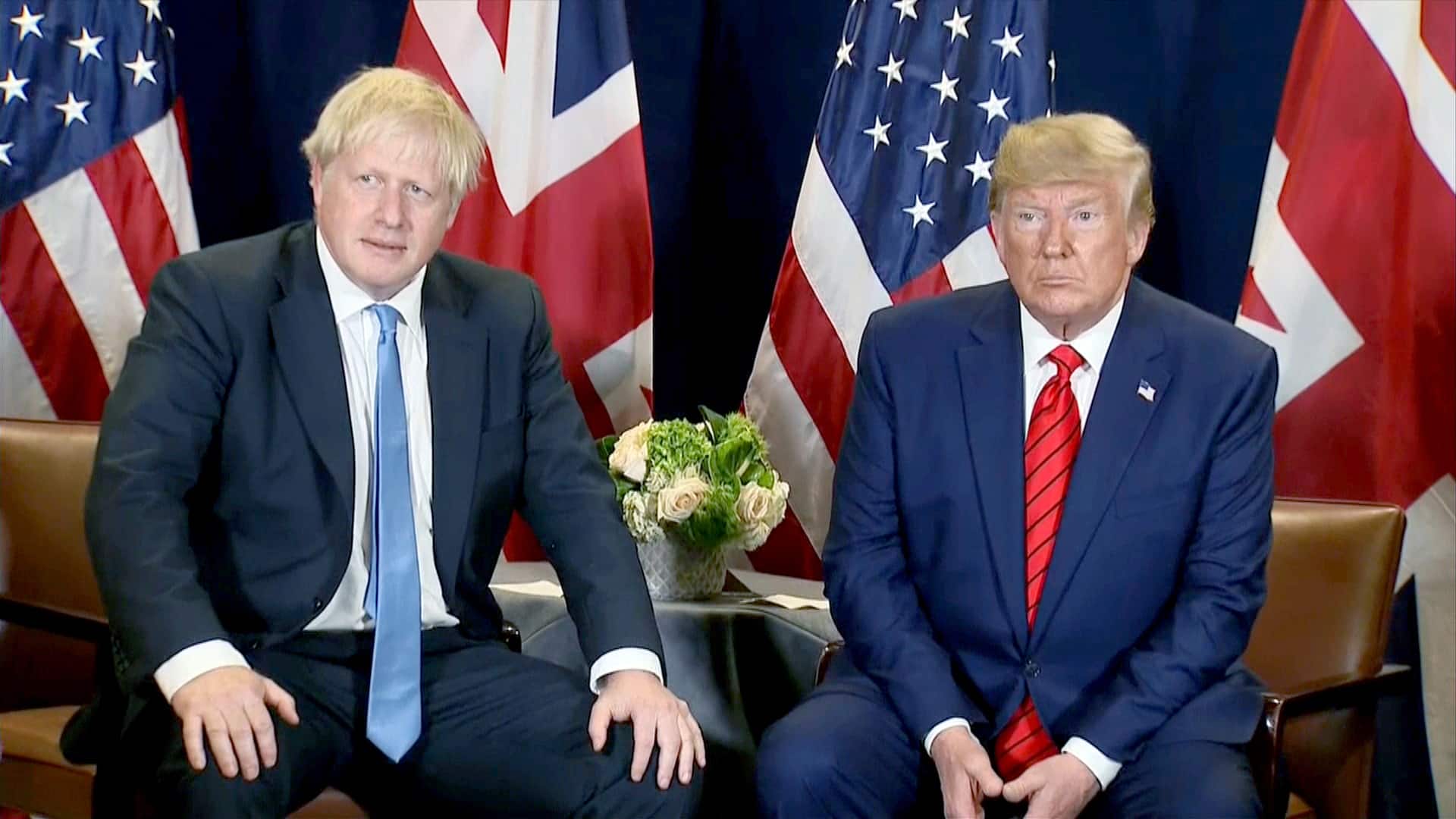 'I think he's going to get it done': Trump on Johnson and Brexit

1 year ago
2:01
U.S. President Donald Trump and U.K. Prime Minister Boris Johnson take questions from reporters about Johnson's decision to shut down Parliament in the crucial countdown to Brexit, and a high court decision today saying Johnson's move is unlawful. 2:01

U.S. President Donald Trump, who met with Johnson at the UN, said he had "no reaction" when he heard about the ruling, but he thinks the U.K. prime minister "is going to get it done," referring to Brexit.

The U.K. government's opponents argue Johnson illegally shut down Parliament just weeks before the country is due to leave the 28-nation bloc for the "improper purpose" of dodging legislators' scrutiny of his Brexit plans.

They also accused Johnson of misleading the Queen, whose formal approval was needed to suspend the legislature.

Johnson and Parliament have been at odds since he took power in July with the determination to take Britain out of the EU on Oct. 31 with or without a divorce deal with Europe.

British Labour Leader Jeremy Corbyn called on Johnson on Tuesday to consider his position and call a new election. 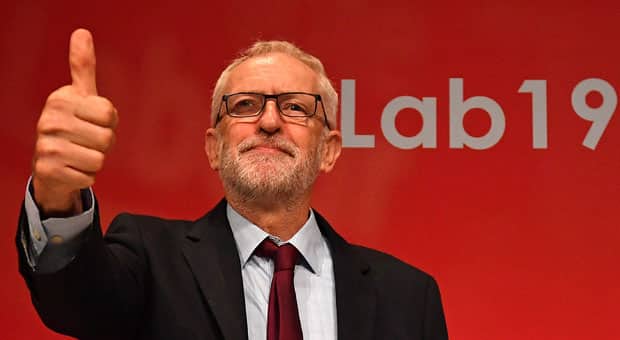 1 year ago
0:47
Labour Leader Jeremy Corbyn says U.K. Prime Minister Boris Johnson should resign after the Supreme Court ruled that his suspension of Parliament was illegal. 0:47

To huge cheers and chants of "Johnson out!" Corbyn said the prime minister should become the shortest-ever serving leader and Labour is ready to form a government.

"I invite Boris Johnson, in the historic words, to 'consider his position,'" Corbyn told delegates at the Labour Party's annual conference in Brighton.

Cherry is one of the people who brought the legal case against the prime minister.

"His position is untenable and he should have the guts for once to do the decent thing and resign," she said Tuesday.

Meanwhile, the EU Parliament's chief Brexit official Guy Verhofstadt says he is relieved that at least one key pillar of British life has survived: Parliamentary democracy.

At least one big relief in the Brexit saga: the rule of law in the UK is alive &amp; kicking. Parliaments should never be silenced in a real democracy.<br><br>I never want to hear Boris Johnson or any other Brexiteer say again that the European Union is undemocratic.

Transparency campaigner Gina Miller called the ruling "a win for parliamentary sovereignty, the separation of powers and independence of our British courts."

Miller, one of the people who brought the case against the government, said Johnson advised the Queen to shut down Parliament "to silence our democratically elected MPs at one of the most critical times in our country's modern history."