A typhoon swelled rivers and flooded low-lying areas as it passed over the storm-battered northeastern Philippines, where rescuers worked Thursday to help people flee the rising waters.

Nearly 2 million without power in Metro Manila and nearby provinces 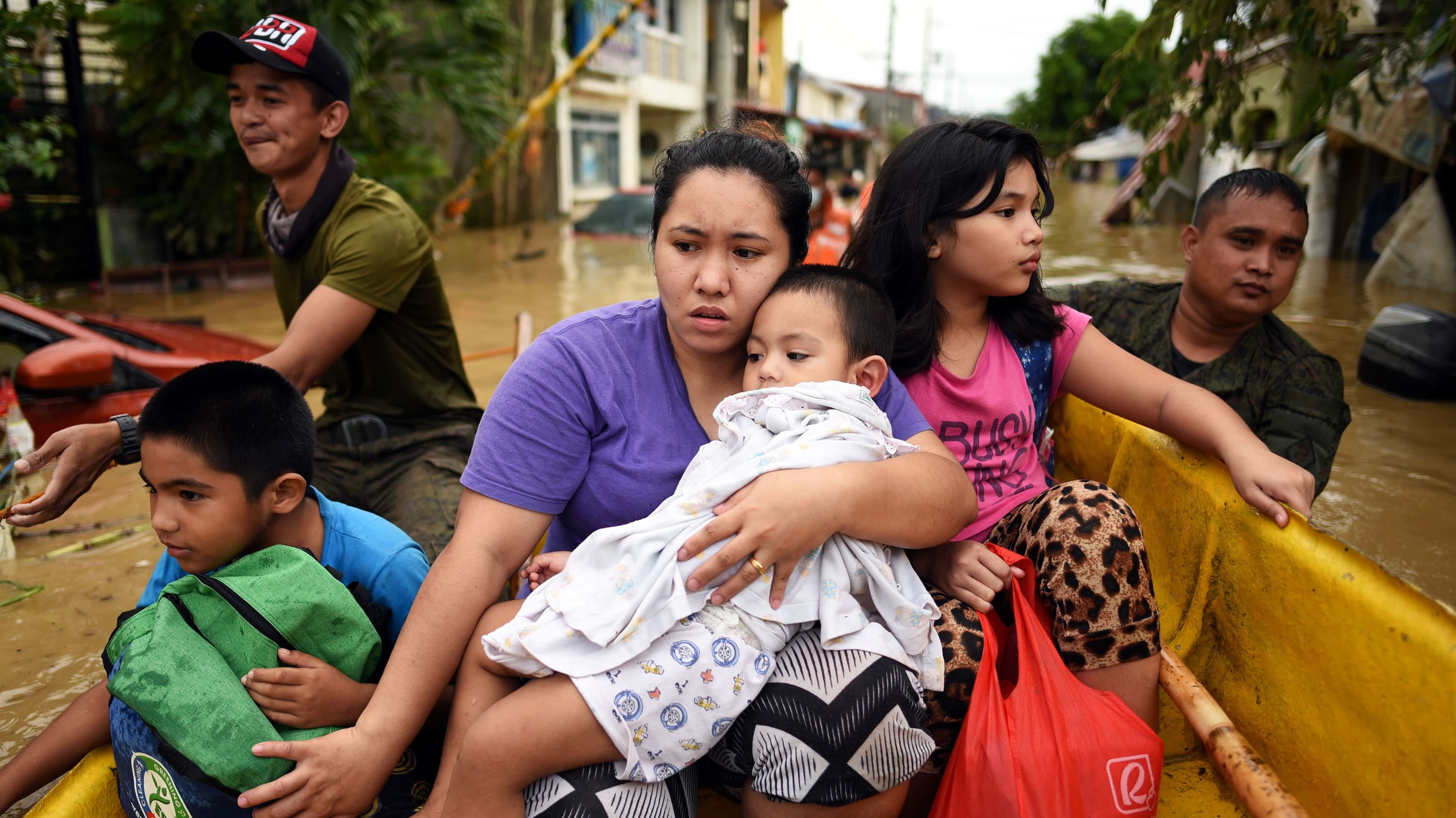 4 months ago
0:59
Huge swaths of the Philippine capital were submerged by Typhoon Vamco, which flooded an estimated 40,000 homes and knocked out power for millions of people. 0:59

A typhoon swelled rivers and flooded low-lying areas as it passed over the storm-battered northeastern Philippines, where rescuers worked Thursday to help people flee the rising waters.

Rescue officials said at least three people had been killed — two in Camarines Norte province and another in the town of Tanay in Rizal province.

Typhoon Vamco passed north of Manila between Bulacan and Pampanga provinces, toppling trees and knocking out power. Officials said earlier that nearly 200,000 people had been evacuated, some forcibly, from vulnerable coastal and low-lying areas.

Officials said about 1.9 million households were without power in Metro Manila and nearby provinces. Many electrical poles were toppled, power lines were knocked down and power transformers were damaged.

President Rodrigo Duterte took a break from an online summit of Southeast Asian leaders to fly by helicopter over the affected areas.

"As president I guarantee you that your government will do its best to provide assistance in the form of shelters, relief goods, financial aid and post-disaster counselling. Rest assured, the government will not leave anybody behind. We will get through this crisis," Duterte said in a televised address.

Marikina city Mayor Marcie Teodoro said fierce winds knocked down power lines overnight, leaving many areas without power and internet service. Heavy rains also flooded many areas and the Marikina River was swollen. Many people in Marikina city were waiting to be rescued from roofs.

"There are many areas that historically don't get flooded but now they are swamped, like city hall," he told DZBB radio.

Mark Timbal, spokesperson for the government's disaster response agency, said 363 rescue teams had been deployed consisting of 1,000 rescuers with at least 40 rubber boats.

The typhoon had maximum sustained winds of 130 km/h with stronger gusts Thursday morning. It was moving west-northwest at 30 km/h and was headed for the South China Sea.

The government's main disaster-response agency had pleaded with the media to relay typhoon alerts in northeastern areas devastated by an earlier typhoon, Goni, saying the agency's messages could not be sent by cellphones due to damaged telecommunications systems.

Goni, one of the strongest typhoons in the world this year, left more than 30 people dead or missing and damaged or destroyed more than 270,000 houses, many in coastal villages. Tens of thousands of people remain displaced.

The Philippines is hit by about 20 typhoons and tropical storms each year. It is located on the Pacific "Ring of Fire," where earthquakes and volcanic eruptions are common, making it one of the world's most disaster-prone countries.