Japanese rescuers were searching Thursday for a livestock ship carrying 42 crew members that a survivor said sank during rough weather a day earlier, likely a byproduct of Typhoon Maysak.

Japanese rescuers were searching Thursday for a livestock ship carrying 42 crew members that a survivor said sank during rough weather a day earlier off a southern Japanese island, the coast guard said.

The Filipino crew member was rescued late Wednesday after Japanese navy P-3C surveillance aircraft spotted him wearing a life vest and waving while bobbing in the water.

The man, who is currently hospitalized but in good health, told rescuers that the ship stalled when an engine stopped, then capsized after being hit by a powerful broadside wave and sank, coast guard regional spokesperson Yuichiro Higashi said.

The survivor, a chief officer, said he quickly put on a life jacket and jumped into the sea, following an instruction in an emergency on-board announcement. He has not seen any other crew members since then, Higashi said.

The 11,947-ton Gulf Livestock 1 ship was carrying 5,800 cows west of Amami Oshima in the East China Sea when it sent a distress call early Wednesday. The weather was rough in the area due to Typhoon Maysak.

The typhoon has since passed the area and the weather during the search is fine, Higashi said.

The ship's other crew members include 38 from the Philippines, two from New Zealand and two from Australia.

The ship left the port of Napier in northeastern New Zealand in mid-August and was on its way to Tangshan on China's eastern coast.

Its automatic identification system tracker gave its last position nearly two days ago, according to the ship-tracking website MarineTraffic.com. Based on that position, it was sailing in high winds of 107 km/h, MarineTraffic.com said.

The ship's operator, Gulf Navigation Holdings PJSC, based in Dubai, United Arab Emirates, declined to comment. The company, traded on the Dubai Financial Market, says it owns and operates chemical tankers, livestock vessels and other ships.

Koreas bear the brunt on Thursday

At least one person was reported killed and thousands were temporarily without power as Maysak smashed into the Korean peninsula on Thursday, bringing heavy rain and lashing winds to areas still recovering from Typhoon Bavi.

The ninth typhoon of the season and the fourth to hit the peninsula this year left about 120,000 households without power across South Korea, officials said. 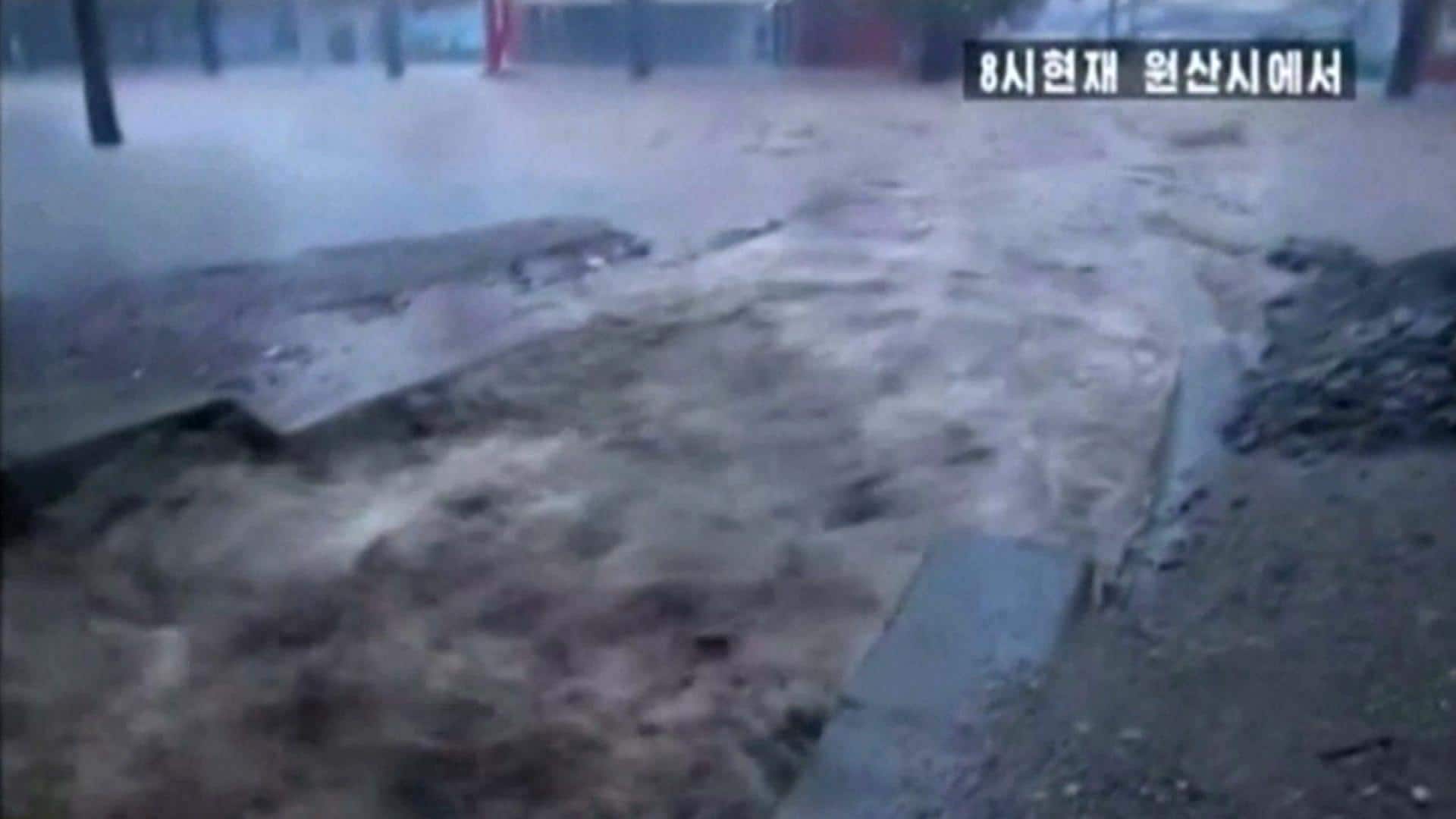 2 months ago
0:39
North and South Korea are in recovery mode after Typhoon Maysak brought wind and rain that led to extensive flooding. 0:39

One person died when winds shattered a window in South Korea's second-largest city of Busan, which bore the brunt of the storm's 170 km/h winds, Yonhap reported.

The peninsula typically sees only one typhoon a year, but another typhoon, Haishen, is brewing south of Japan and is expected to hit the Korean coast on Sunday or Monday, NASA's Earth Observatory reported.

Parts of the South Korean resort island of Jeju reported more than 1,000 millimetres of rainfall since Tuesday, according to the weather agency.

North Korea took the brunt of Typhoon Bavi, and for a second week in a row state TV carried rare live reports of storm surge and flooding, including in the coastal town of Wonsan.

North Korea's agriculture sector is particularly vulnerable to severe weather, and this summer's storms and floods have raised concerns over the country's tenuous food situation.