Ukraine's Tymoshenko, out of presidential contention, accuses Poroshenko of cheating

The candidate who placed third in the first round of Ukraine's presidential election concedes defeat, but alleges the incumbent who came in second rigged the results in his favour.

The candidate who placed third in the first round of Ukraine's presidential election conceded defeat Tuesday, but alleged the incumbent who came in second rigged the results in his favour.

Opinion polls had shown Yulia Tymoshenko, a former prime minister who has been a fixture in Ukrainian politics for two decades, leading the race until a few months before Sunday's election.

With nearly 99 per cent per cent of ballots counted, comic actor Volodymyr Zelenskiy had garnered 30 per cent of the vote. President Petro Poroshenko was next with just under 16 per cent, while Tymoshenko received 13 per cent.

That means that Ukraine's new president will be elected in a runoff between Zelenskiy and Poroshenko on April 21.

In her concession remarks, Tymoshenko alleged Poroshenko had manipulated the vote.

"He should not be in the runoff," she said. "He got there by cheating."

Parliamentary elections in the fall

Tymoshenko did not specify what kind of election interference she thought occurred, although she had accused Poroshenko in the days before the election of buying votes.

Speaking to reporters on a trip out of town, Poroshenko wouldn't comment on Tymoshenko's allegations and said that she "should put up with" her defeat at the polls.

The president promised a democratic election last week, saying Ukraine had a lot at stake. 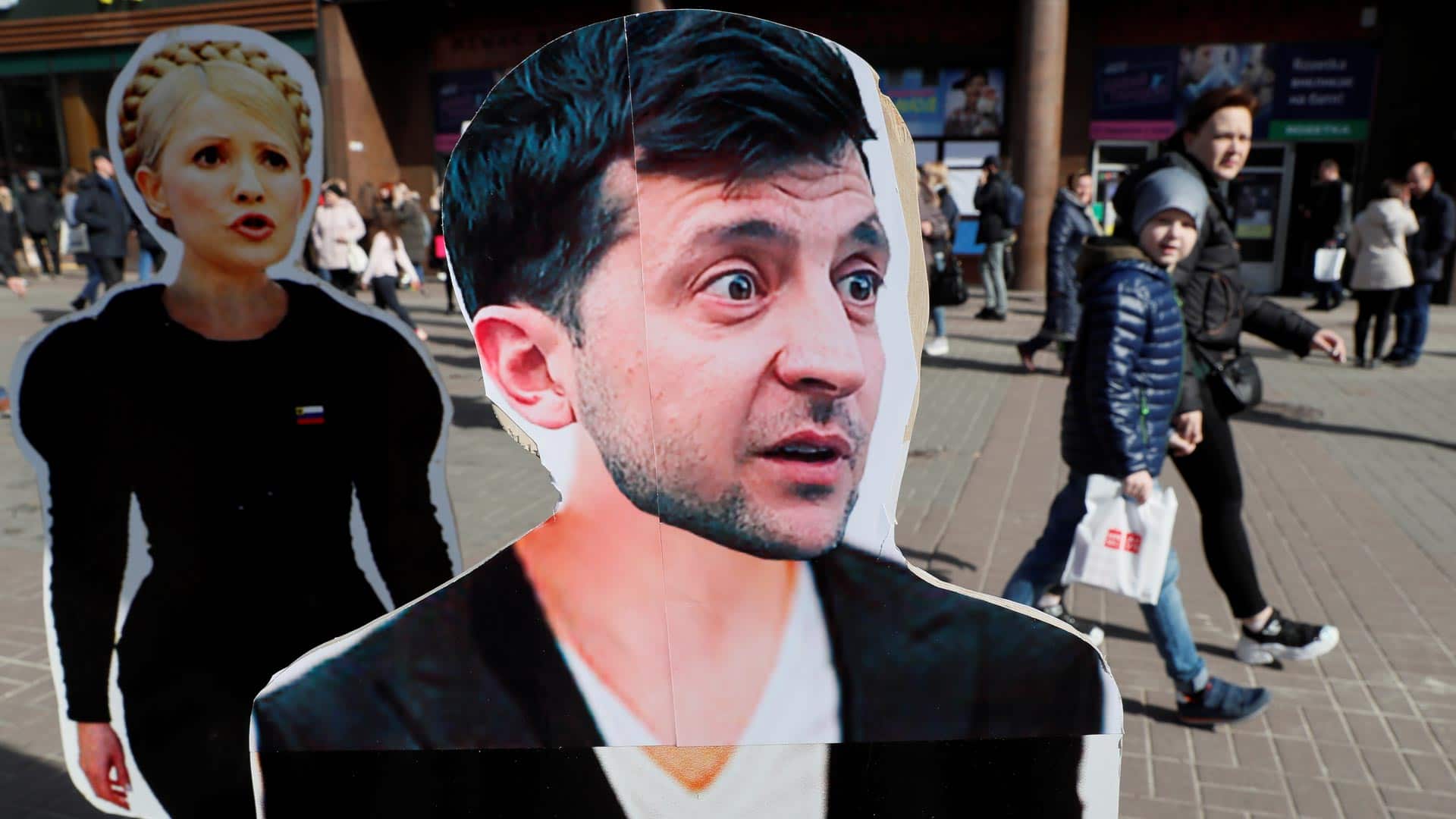 How a comedian could become Ukraine's next president

2 years ago
2:39
Ukraine has an interesting cast of contenders running for its upcoming presidential election. None more so than the front-runner, 41-year-old actor/comedian Volodymyr Zelensky. He may have started out as a long shot, but quickly rose to the top on the back of popular discontent with the political class. 2:39

Tymoshenko said she would not contest the election results because she believes Poroshenko controls the courts. She refused to endorse either Zelenskiy or Poroshenko for the runoff.

She said she and her party would now focus on the parliamentary election in the fall, which could give her a post in a new government.

"The chance we've lost in the first round of the presidential election is just one chance," Tymoshenko said. "We still have one opportunity left to bring in a dramatic change, to implement a new course, and this is the next parliamentary elections."