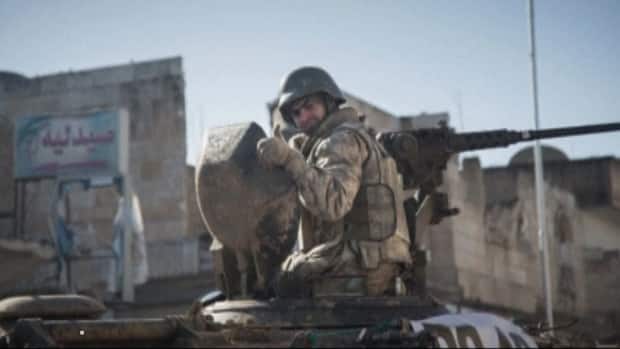 A column of about 100 Turkish military vehicles including 39 tanks entered Syria overnight in an operation to evacuate Turkish soldiers guarding the tomb of Suleyman Shah, Prime Minister Ahmet Davutoglu said on Sunday.

The operation was successful, with the 38 soldiers safely back in Turkey, Davutoglu told a news conference in Ankara. He said that Turkey had not sought permission or assistance for the mission but had informed allies in the international coalition against Islamic State (ISIS) after the operation began.

Davutoglu earlier said the remains of Suleyman Shah, grandfather of the founder of the Ottoman Empire, would be moved to a different area of Syria that has been brought under Turkish military control.

TRT television broadcaster said ground troops backed by warplanes crossed into Syrian territory to reach the tomb, just over the border near the town of Sarrin and not far from Kobani, the town once surrounded by ISIS jihadists.

Private NTV television said one soldier was killed in the operation. The Turkish military later issued a statement saying the soldier had been killed in an "accident" en route to the tomb, without elaborating.

The tomb, about 35 kilometres from Turkey on the banks of the Euphrates River, was in Syria's embattled Aleppo province and is considered Turkish territory.

Kobani was the focus of U.S. airstrikes as Kurdish forces battled militants of the Islamic State group, who hold about a third of Iraq and neighbouring Syria in their self-declared caliphate. Turkey stayed out of the battle at the time, which saw Kurds ultimately push out the ISIS extremists.