Rescuers in the Turkish city of Izmir pulled a young girl out alive from the rubble of a collapsed apartment building Tuesday, four days after a strong earthquake hit Turkey and Greece and hopes of reaching survivors began to fade.

Ayda Gezgin, 3, is under observation in hospital but her mother was among 112 who have died 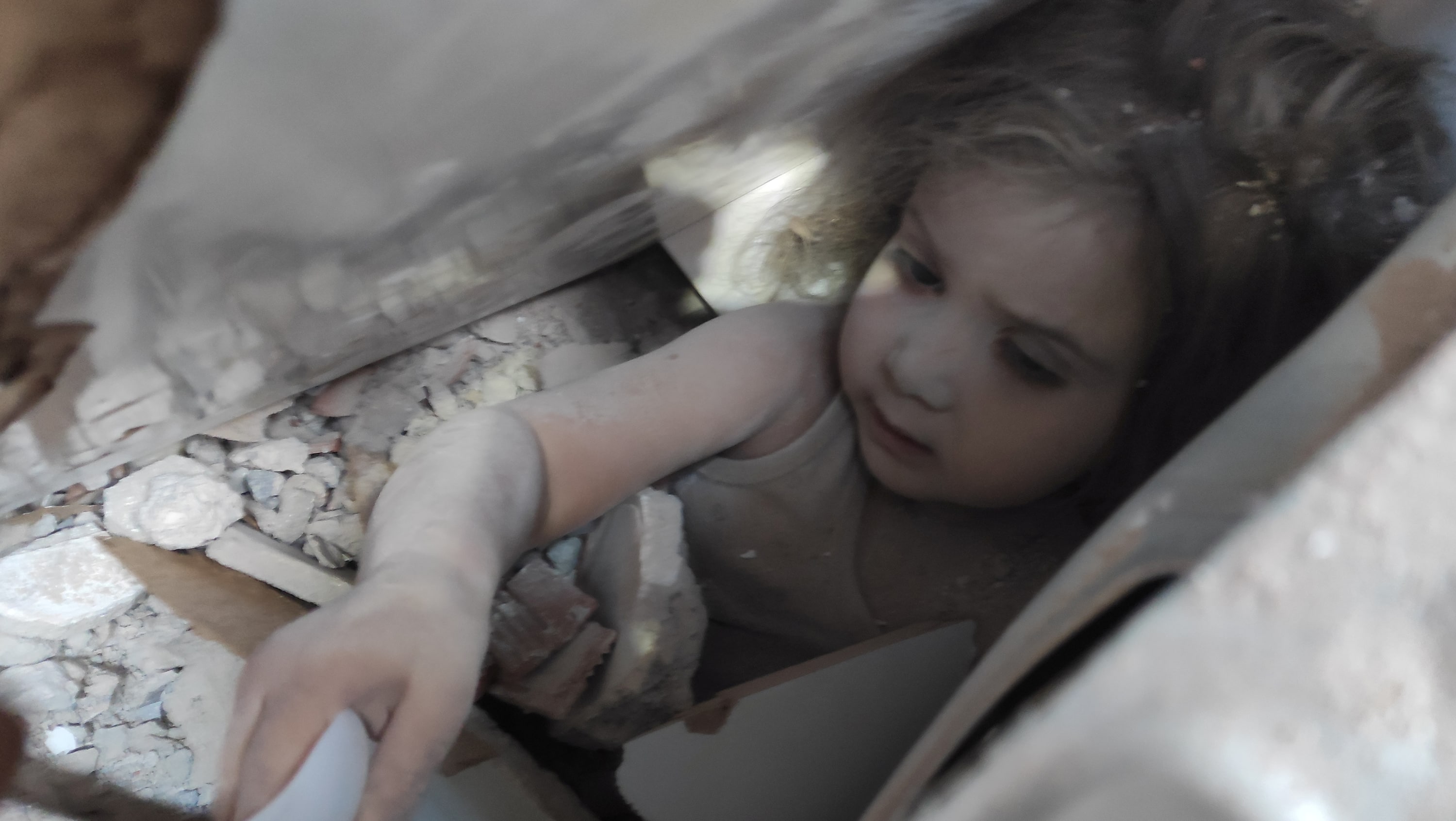 23 days agoVideo
1:09
There was another dramatic rescue in Turkey as a young girl was pulled from the rubble four days after a magnitude 6.9 earthquake hit.  (JAK/Turkish Interior Ministry/Reuters) 1:09

Rescuers in the Turkish city of Izmir pulled a young girl out alive from the rubble of a collapsed apartment building Tuesday, four days after a strong earthquake hit Turkey and Greece and hopes of reaching survivors began to fade.

Wrapped in a thermal blanket, the girl was taken into an ambulance on a stretcher to the sounds of applause and chants of "God is great!" from rescue workers and onlookers.

Health Minister Fahrettin Koca identified her as three-year-old Ayda Gezgin on Twitter. The child had been trapped inside the rubble for 91 hours since Friday's quake struck in the Aegean Sea, and was the 107th person to have been pulled out of collapsed buildings alive.

After she was pulled from the rubble, little Ayda called out for her mother, in video of the rescue broadcast on television.

But Ayda's mother did not survive. Her body was found amid the wreckage hours later. Her brother and father were not inside the building at the time of the quake.

Rescuer Nusret Aksoy told reporters that he was sifting through the rubble of the toppled eight-floor building when he heard a child's scream and called for silence. He later located the girl in a tight space next to a dishwasher.

The girl waved at him, told him her name and said that she was OK, Aksoy said.

"I got goosebumps and my colleague Ahmet cried," he told HaberTurk television.

Ibrahim Topal of the Humanitarian Relief Foundation (or IHH) said, "My colleague and I looked at each other like, 'Did you hear that, too?' We listened again. There was a very weak voice saying something like 'I'm here.' Then we shut everything down, the machines, and started listening again. And there really was a voice."

"The name of our miracle after 91 hours is Ayda. Thank God," tweeted cabinet minister Murat Kurum.

Health ministry officials said the girl was in good condition but would be kept under observation in the hospital for a while. She asked for meatballs and a yogurt drink on her way to the hospital, state-run Anadolu Agency reported.

Her rescue came a day after another three-year-old girl and a 14-year-old girl were pulled out alive from collapsed buildings in Izmir, Turkey's third-largest city.

"We will not lose hope until our search-and-rescue efforts reach the last person under the wreck," President Recep Tayyip Erdogan said following a cabinet meeting.

Erdogan said around 6,700 people who lost their homes or were too frightened to return to them were being temporarily housed in tents. Authorities on Tuesday began assembling container homes for the survivors, he added.

Meanwhile, the death toll in the earthquake climbed to 112, after emergency crews retrieved more bodies from toppled buildings. Officials said 138 quake survivors were still hospitalized, and three of them were in serious condition.

The majority of the deaths and some 1,000 injuries from the Oct. 30 quake occurred in Izmir. Two teenagers also died and 19 people were injured on the Greek island of Samos, near the quake's epicentre in the Aegean Sea.

The quake also triggered a small tsunami that hit Samos and the Seferihisar district of Izmir province, where one elderly woman drowned. The tremors were felt across western Turkey, including in Istanbul, as well as in the Greek capital of Athens. Hundreds of aftershocks followed.

The quake injured 1,026 people, with 143 still receiving treatment in Izmir, AFAD said. More than 3,500 tents and 13,000 beds are being used for temporary shelters in Turkey, where relief efforts have drawn in nearly 8,000 personnel and 25 rescue dogs, the agency said.

The Istanbul-based Kandilli Institute said Friday's quake had a magnitude of 6.9. There have been 1,475 aftershocks, AFAD said.

Turkey is crossed by fault lines and is prone to earthquakes. More than 500 people were killed in a 2011 quake in the eastern city of Van, while another in January this year killed 41 people in the eastern province of Elazig.