A plane skidded off the runway Wednesday as it tried to land in bad weather in Istanbul, crashing into a field and breaking into pieces, killing three person and injuring more than 170 others. Passengers had to evacuate through cracks in the smashed plane. 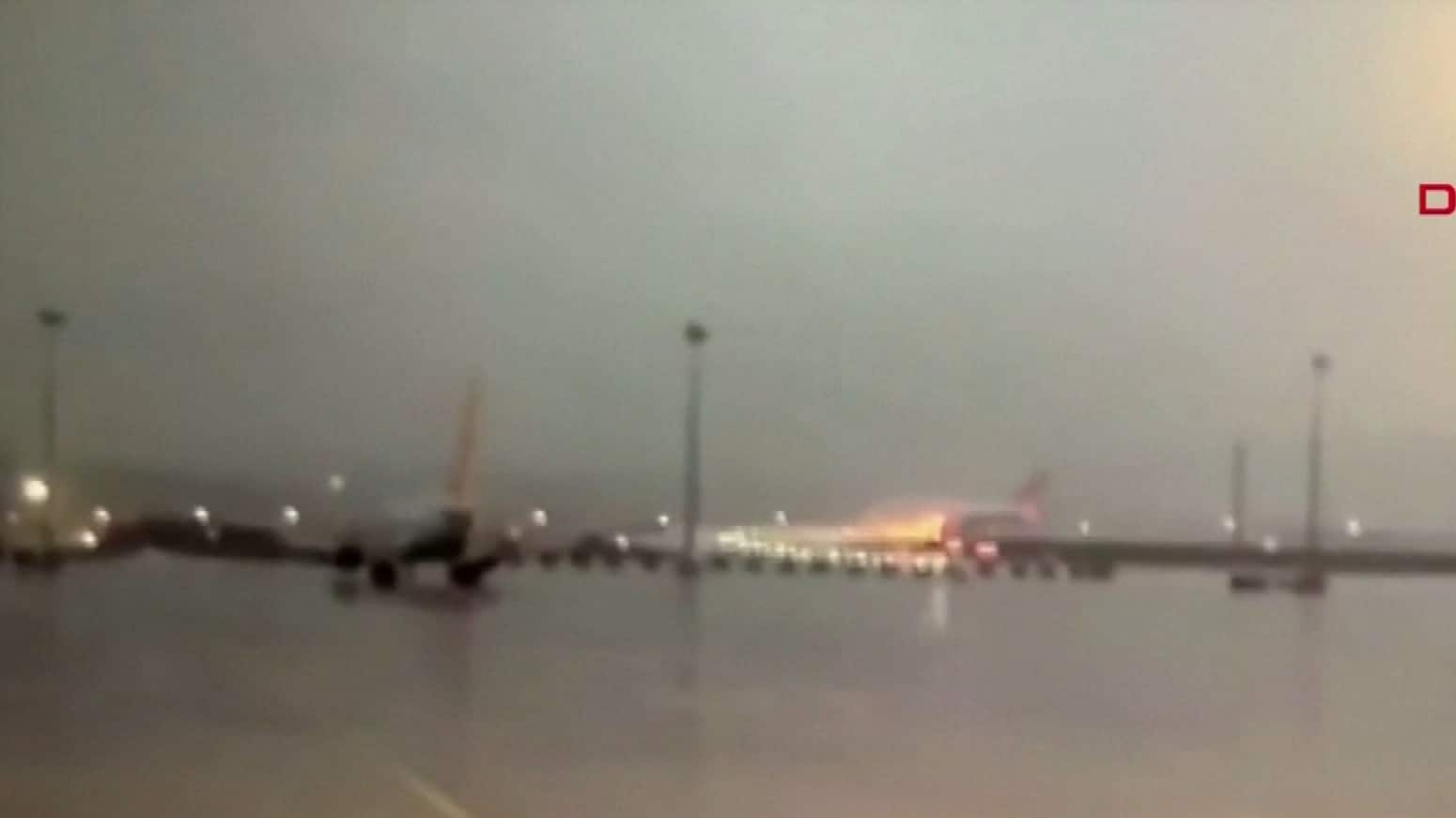 9 months ago
0:20
New CCTV footage shows a Pegasus passenger jet landing roughly in Istanbul, then sliding off the runway.  0:20

A plane skidded off the runway Wednesday as it tried to land in bad weather in Istanbul, crashing into a field and breaking into pieces, killing three people and injuring dozens more. Passengers had to evacuate through cracks in the smashed plane.

Turkish Health Minister Fahrettin Koca reported early Thursday local time that three people had died and 179 required care at multiple hospitals. Three of the injured required surgery and two others were in intensive care, but none of their lives were thought to be in danger.

The low-cost Pegasus Airlines plane was arriving from the western Turkish city of Izmir when it had what the Transportation Ministry described as a "rough landing."

Istanbul Gov. Ali Yerlikaya said the plane landed in bad weather, failed to "hold onto the runway" and skidded some 50-60 metres before crashing into a ditch from a height of some 30 metres.

"We are deeply saddened … [but] we are very happy that we escaped a greater accident," he said, adding that the plane could have burst into flames. 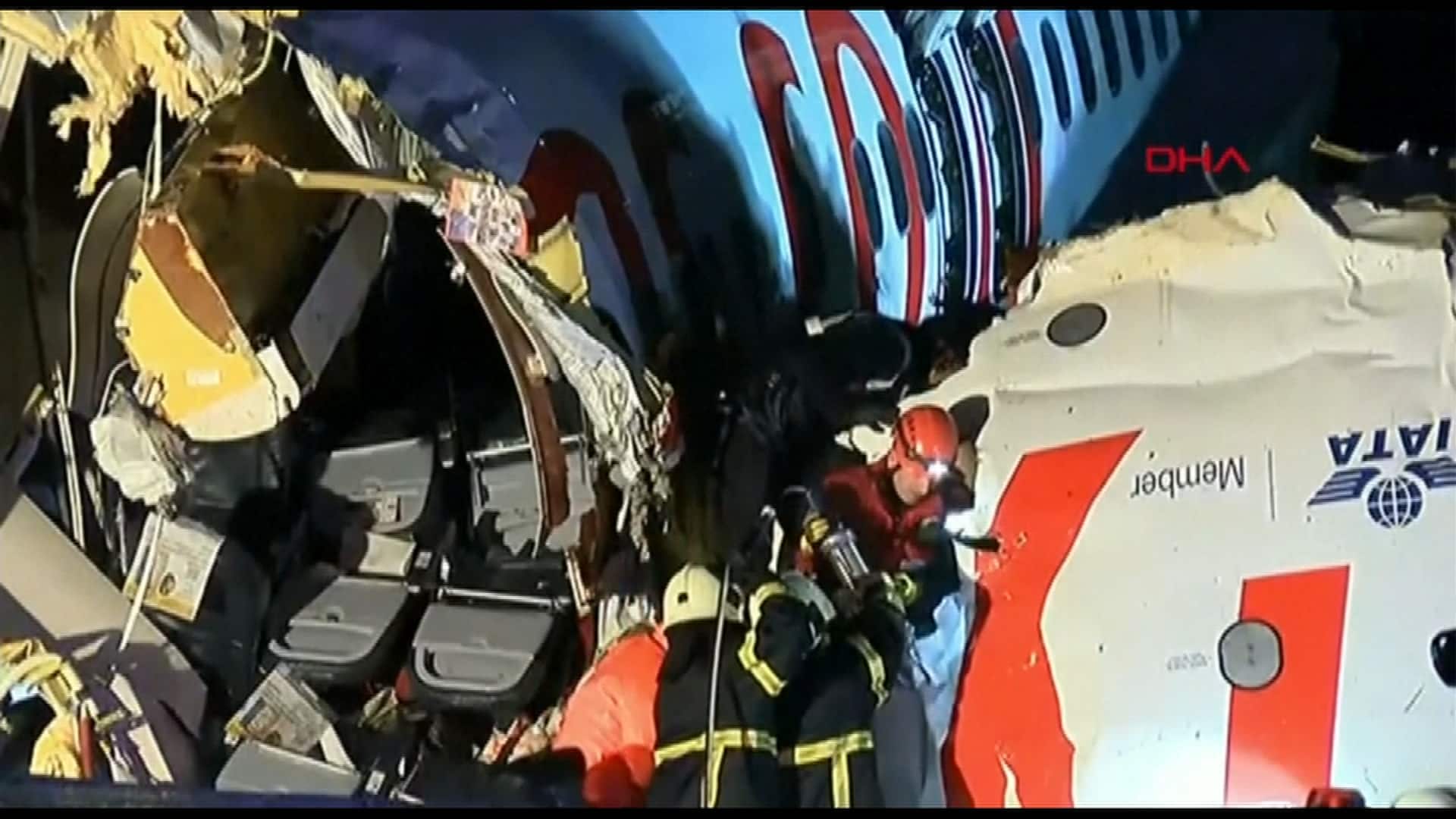 Plane splits apart after sliding off runway in Turkey

9 months ago
0:37
Injuries have been reported after a passenger jet slid off a runway in  Istanbul, breaking apart the fuselage. 0:37

'It happened in seconds'

Survivor Dogus Bilgic, 24, told Turkish television channel NTV that he fled the smashed plane by way of a gap near his seat and was one of the first passengers to get out.

"We traveled [on the runway] for some 20 or 30 seconds, then all of a sudden we flew off the runway," he said while seated in a wheelchair because of a leg injury. "It happened in seconds."

"I was seated in 25C. I believe the plane broke apart at row 26," Bilgic recalled, adding that he threw himself out of the plane when he saw the opening.

"The front [of the plane] was in a terrible state. I saw, after I was on the ground, that it had completely broken apart," he said.

As other passengers emerged from the wreckage, Bilgic said he helped two or three to the ground.

"I carried them somewhere because they weren't doing as well as us," he said, then he ran away from the plane with others, fearing a possible explosion.

"There was complete chaos.".

Video obtained by The Associated Press showed the wreckage of the plane in a field adjacent to the end of the runway. The video shows heavy rain and strong winds at the time, with smoke coming from one of the engines as passengers climb out of the fuselage onto the wings of the plane and away from the crash site.

Eyewitness Hasan Eraydin, who shot the video, said he had been driving home from work when he heard a rumble.

"We were about 30 meters away . We tried to get to the scene to help, but there was some sort of a canal in between and it was impossible. We thought 'God willing, no one has died.'"

Dozens of rescue crew members swarmed around the flood-lit fuselage, including around the cockpit, which had flipped over. The plane was a Boeing 737 that was 11 years old, according to the flight tracking website Flightradar24.

"We are aware of the media reports and we are gathering more information," Peter Pedraza, a Boeing spokesperson, said.

NTV television said the injured included the plane's two pilots, who it said were in serious condition. NTV broadcast a recording of the communications between the pilots and air traffic control in which the pilots are told that previous flights had reported strong tail winds.

The airport was closed down after the incident occurred at around 6:30 p.m. local time, with flights diverted to Istanbul's main airport.

"According to the information we have, there was a rough landing. The accident occurred after [the plane] could not decelerate and rammed into a field from the end of the runway," state-run Anadolu Agency quoted Transportation Minister Mehmet Cahit Turan as saying.

WATCH | Three people were killed when a plane skidded off an Istanbul runway: 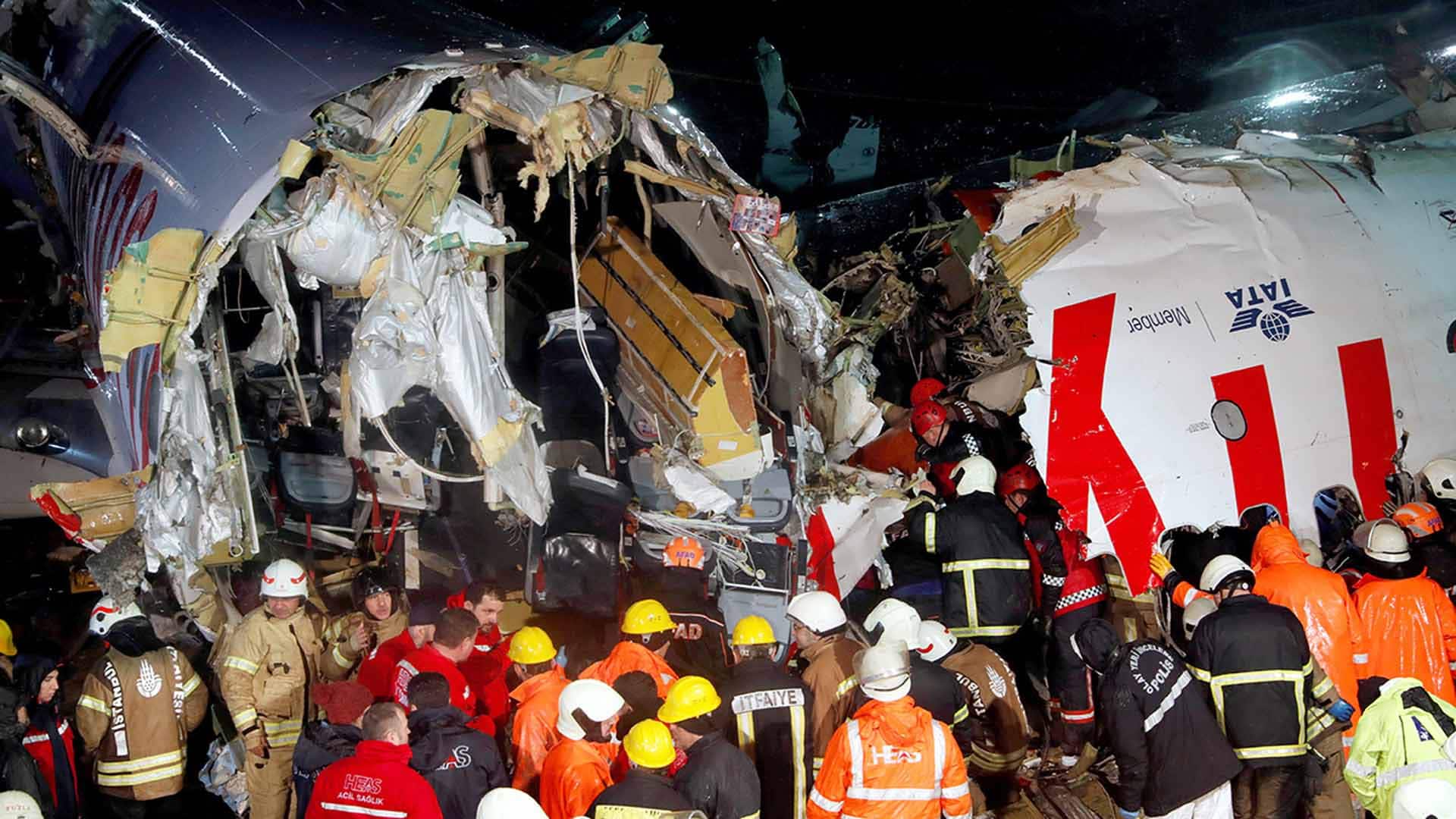 9 months ago
1:58
Three people were killed and dozens of others injured when a plane skidded off an Istanbul runway and into a ditch, breaking into three pieces. 1:58

Pegasus is a privately owned, low-cost carrier based in Istanbul that flies 97 routes, mostly within Turkey and to destinations in Europe, the Middle East and Central Asia. It is majority-owned by Turkish billionaire Sevket Sabanci and his family, who have big investments in the country in areas as varied as real estate, clothing, health clubs and packaging materials.

The accident comes a month after a Pegasus plane with 164 people on board skidded off the runway in Istanbul at the same airport. There were no deaths or injuries in that Jan. 7 incident.

In January 2018, another Boeing 737-800 in the Pegasus fleet slid off a runway at northeastern Turkey's Trabzon Airport and down a dirt embankment. The plane came to rest in the dirt above the Black Sea with its nose pointed toward the water. None of the 168 passengers and crew members were injured.