A lawyer for the whistleblower who raised alarms about U.S. President Donald Trump's dealings with Ukraine said Sunday his client is willing to answer written questions submitted by House Republicans.

A lawyer for the whistleblower who raised alarms about U.S. President Donald Trump's dealings with Ukraine said Sunday his client is willing to answer written questions submitted by House Republicans.

The surprise offer, made to Rep. Devin Nunes, the top Republican on the House Intelligence Committee, would allow Republicans to ask questions of the whistleblower, who spurred the Democratic-led impeachment inquiry, without having to go through the committee's chairman, Rep. Adam Schiff, a Democrat from California.

Attorney Mark Zaid tweeted that the whistleblower would answer questions directly from Republican members "in writing, under oath & penalty of perjury," part of a bid to stem escalating efforts by Trump and his GOP allies to unmask the person's identity.

Only queries seeking the person's identity won't be answered, he said.

6/So we have offered to <a href="https://twitter.com/DevinNunes?ref_src=twsrc%5Etfw">@DevinNunes</a>, Ranking HPSCI Member, opportunity for Minority to submit through legal team written questions to WBer. Qs cannot seek identifying info, regarding which we will not provide, or otherwise be inappropriate. We will ensure timely answers.

Nunes's office did not have immediate comment. Rep. Jim Jordan, an Ohio Republican and member of the House judiciary committee who has been highly critical of the impeachment process, said in a statement that written answers wouldn't be sufficient to probe and cross-examine the whistleblower.

"You don't get to ignite an impeachment effort and never account for your actions and role in orchestrating it," Jordan said. "We have serious questions about this individual's political bias and partisan motivations and it seems Mark Zaid and Adam Schiff are attempting to hide these facts from public scrutiny.

"Last week's testimony raised even more concerns about the anonymous whistleblower and our need to hear from them, in person."

The offer comes as Trump has repeatedly demanded the release of the whistleblower's identity, tweeting Sunday that the person "must come forward." The whistleblower raised concerns about Trump's July 25 call with Ukrainian President Volodymyr Zelensky, in which he pressed Zelenskiy to investigate Trump's political rivals. That call became the catalyst for the impeachment inquiry.

"Reveal the Whistleblower and end the Impeachment Hoax!" Trump tweeted.The whistleblower's secondhand account of the call has been providing a road map for House Democrats investigating whether the president and others in his orbit pressured Ukraine to probe political opponents, including former Vice-President Joe Biden.

Three officials in the White House office of management and budget, meanwhile, will not appear for interviews this week sought by the House of Representatives as part of the impeachment inquiry, an administration official said.

Russ Vought, the budget office's acting director, will defy a subpoena seeking his deposition testimony on Wednesday, the official said.

Two associate directors of the budget office, Michael Duffey and Brian McCormack, will also not appear for depositions, the official said.

Trump on Sunday pushed the news media to divulge the whistleblower's identity, asserting that the person's accounting of events is incorrect. The whistleblower's complaint has been corroborated by people with firsthand knowledge of the events who have appeared on Capitol Hill. 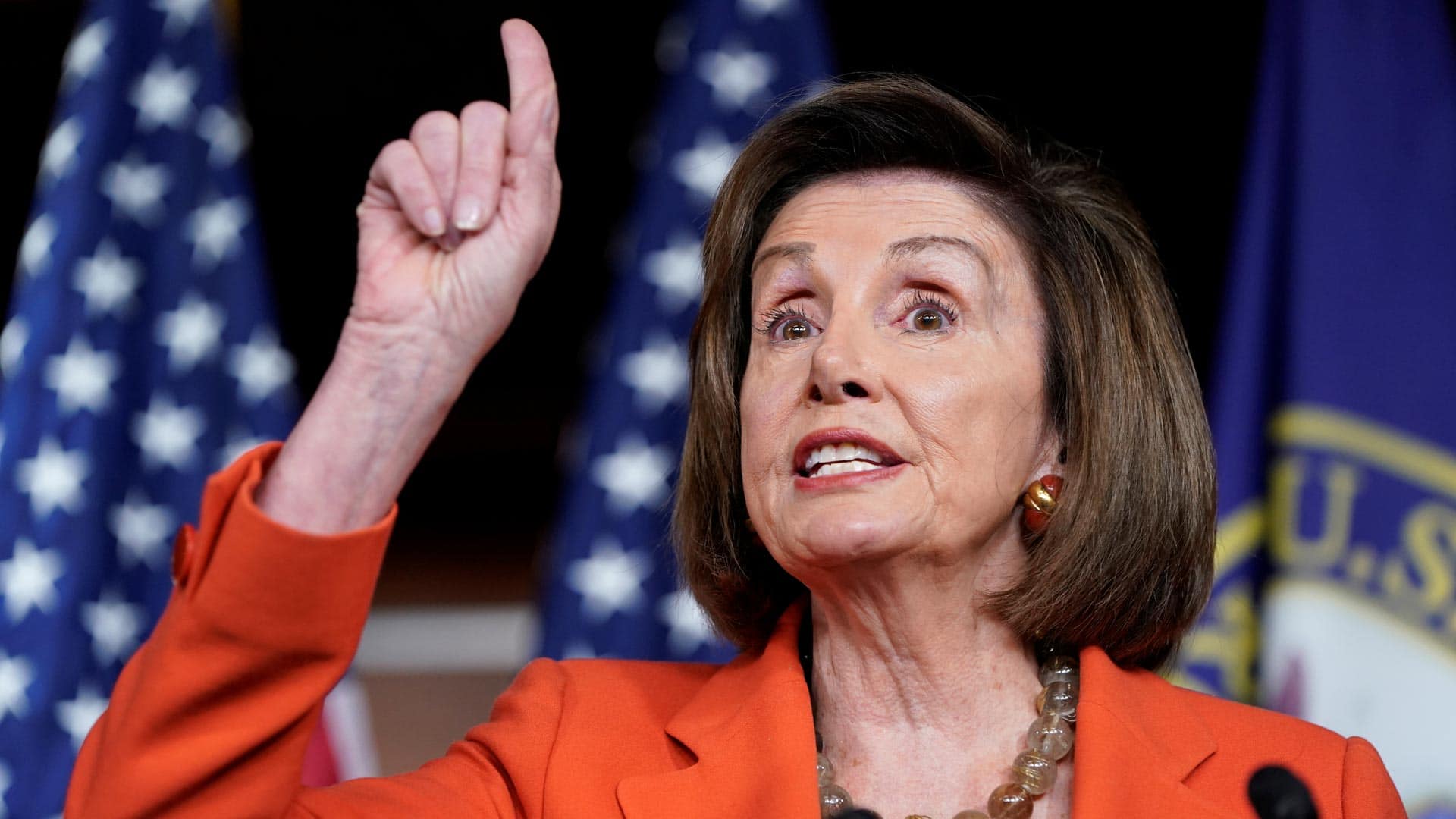 12 months ago
2:49
The Democrats successfully passed a vote in the House, which set the rules for making the impeachment inquiry into U.S. President Donald Trump public. Now that the ground rules are set, the process could move quickly into the Republican-controlled Senate. 2:49

U.S. whistleblower laws exist to protect the identity and careers of people who bring forward accusations of wrongdoing by government officials. Lawmakers in both parties have historically backed those protections.

The Associated Press typically does not reveal the identity of whistleblowers.

'We need an openness'

Republicans view a political opportunity in unmasking the CIA official, who the intelligence community's inspector general said could have "arguable political bias." The inspector-general nevertheless found the whistleblower's complaint to be "credible."

House Minority Leader Kevin McCarthy, a Republican from California, said Sunday that he had not yet discussed the whistleblower's offer with Nunes, but stressed that the person should answer questions in a public appearance before the committee.

"When you're talking about the removal of the president of the United States, undoing democracy, undoing what the American public had voted for, I think that individual should come before the committee," McCarthy told CBS' Face the Nation.

"We need an openness that people understand this," he added.

Zaid said his team had addressed the issue of alleged bias with Republican members of the committee and had stressed the need for anonymity to maintain the safety of the whistleblower and that person's family, "but with little effect in halting the attacks."

"Let me be absolutely clear: Our willingness to cooperate has not changed," tweeted Andrew P. Bakaj, another attorney representing the whistleblower. "What we object to and find offensive, however, is the effort to uncover the identity of the whistleblower."

Bakaj wrote on Saturday that "their fixation on exposing the whistleblower's identity is simply because they're at a loss as to how to address the investigations the underlying disclosure prompted."