Stone was convicted of lying to Congress, obstruction and witness tampering related to Russia investigation

Trump had made it clear early Tuesday he thought the original sentencing recommendation for Stone was unfair, tweeting at 1:48 a.m. that it was "a miscarriage of justice!"

The Justice Department's decision hours later to back off its original sentencing recommendation of seven to nine years for the Republican operative sent shock waves through Washington and prompted all four prosecutors to quit the case and one to quit the department.

"There should be an investigation," said House of Representatives Speaker Nancy Pelosi, the top Democrat in Congress. Other Democrats accused Trump of purging the U.S. government of perceived enemies following his acquittal on impeachment charges last week.

Republican lawmakers, who nearly all voted to acquit Trump of impeachment charges, offered muted criticism of the president but shrugged off suggestions they should investigate whether his political concerns were influencing law enforcement.

"I doubt that would do much," said Mitt Romney, the only Republican senator to vote to remove Trump from office in the impeachment trial.

After the Justice Department decision, Trump on Wednesday praised Attorney General Bill Barr, his appointee, for "taking charge of a case that was totally out of control and perhaps should not have even been brought."

Speaking to reporters later at the White House, Trump thanked Justice Department officials for retracting the prison term recommendation. He said Stone had been treated badly but declined to say whether he was considering pardoning him. 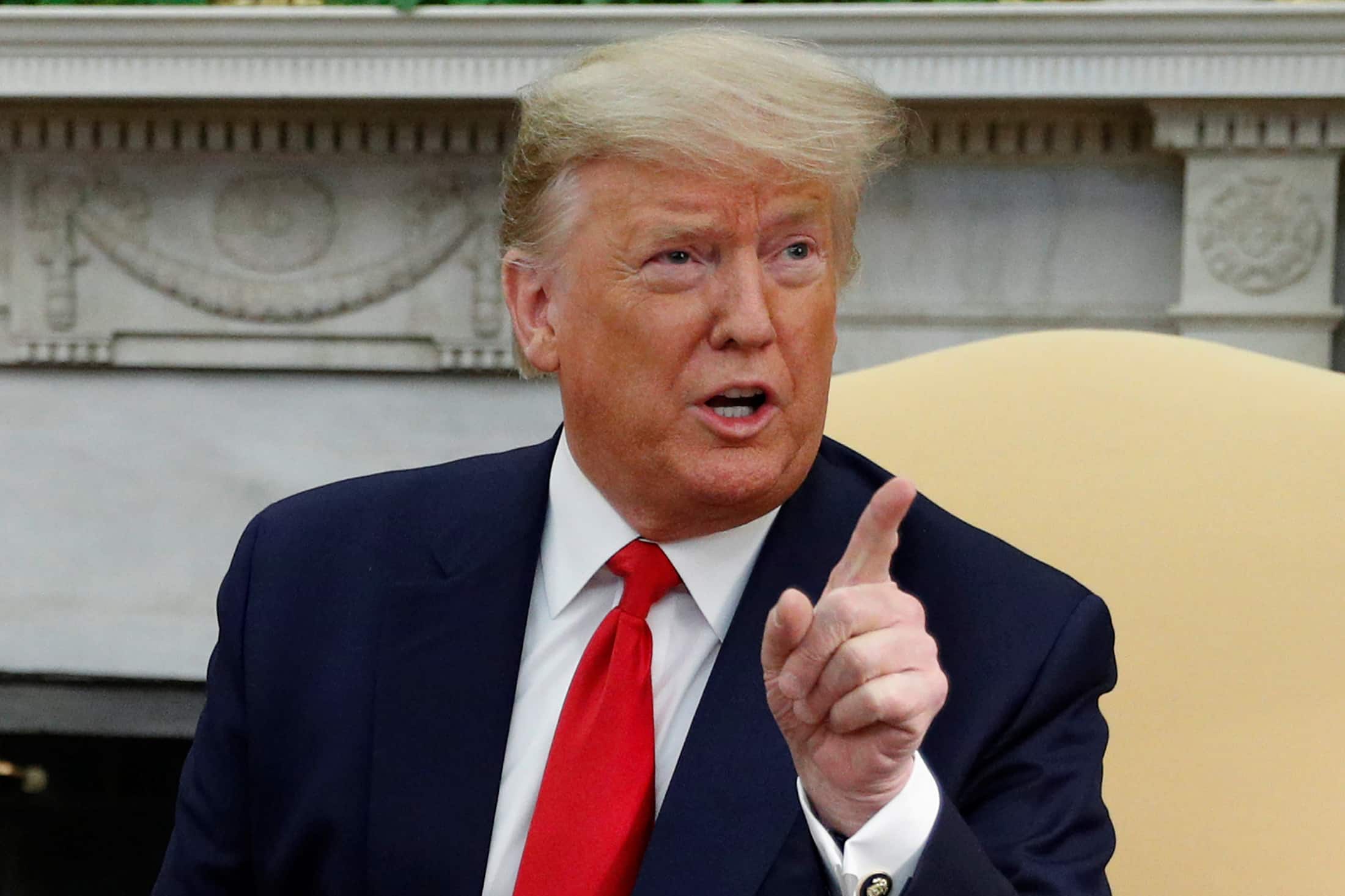 10 months agoVideo
1:03
U.S. President Donald Trump won't say if he is considering a pardon for his former adviser, Roger Stone — who was found guilty of witness tampering, obstruction and lying to Congress — but slams the justice system for its pursuit of the case. 1:03

Wednesday afternoon, the head of the House Judiciary Committee, Jerrold Nadler, said Barr has agreed to testify before the committee next month about the matter. He released a letter confirming Barr's appearance March 31.

"In your tenure as attorney general, you have engaged in a pattern of conduct in legal matters relating to the president that raises significant concerns for this committee," Nadler and the Democrats wrote.

The Justice Department confirmed Barr would testify. His appearance will be the first before the panel since he became attorney general a year ago, and since he declined an invitation to testify about special counsel Robert Mueller's report after it was released.

Lindsey Graham, the Republican chairman of the Senate judiciary committee, said he would not call Barr to testify about the revised sentencing decision.

Stone, a self-proclaimed "dirty trickster," was found guilty last November of lying to Congress, obstruction and witness tampering, stemming from a government investigation into Russian meddling in the 2016 U.S. presidential election. He is due to be sentenced on Feb. 20.

After Trump criticized prosecutors who recommended the seven-to-nine-year prison term, the Justice Department asked Judge Amy Berman Jackson to ignore that filing and impose whatever sentence she thought appropriate.

Justice Department officials and the White House said Trump did not influence that decision.

"While he has the right to have a conversation with the attorney general, he did not," White House spokesman Hogan Gidley told reporters.

Trump targeted the judge and the outgoing prosecutors in other tweets, and retweeted a post that urged a full pardon for Stone as well as Michael Flynn, another former Trump adviser.

Stone and his lawyers have not spoken with Trump about the latest developments in his case, according to two sources familiar with the matter.

'Not disturbed' about it

On Tuesday, the White House also dropped a top prosecutor who oversaw the Stone case, withdrawing the nomination for Jessie Liu to serve in the Treasury Department. Liu had been scheduled to appear publicly before the Senate on Thursday.

The White House declined to comment on Liu's nomination or to say whether Trump would pardon Stone or Flynn.

In Congress, House judiciary committee chairman Jerrold Nadler, a Democrat, said he would probe the reversal. And Rep. Ted Lieu, a fellow Democrat on the committee, said there would be hearings on the matter.

"Trump is going around getting even with people. Senate Republicans told us he was going to get better, and he didn't," Democratic Sen. Sherrod Brown told reporters.

Several Republicans said Trump should not have shared his opinion about the Stone case.

"The president should not have gotten involved," said Sen. Susan Collins, who said last week that she thought Trump would moderate his behaviour after impeachment.

Other Republicans said they saw nothing wrong.

"I'm not disturbed about it at all," Sen. Tim Scott told reporters.