Tweets condemned as racist are part of Trump's plan, and strategists say it may work

U.S. President Donald Trump didn't back down after a chorus of condemnation over his tweets targeting four congresswomen, all of them women of colour. The move has some Republican strategists suggesting it's all part of a bid to make the most progressive Democrats the face of the entire party.

The chorus of condemnation U.S. President Donald Trump faced from pundits, Democrats and even a few Republicans Monday was loud and necessary but, ultimately, helped Trump accomplish what he set out to do, say some Republican strategists.

By keeping the focus on the four progressive Democratic congresswomen of colour he singled out in a series of racially charged, incendiary tweets, and getting the party to unite behind them, the president painted the Democrats as the party of the radical left.

"What he's trying to do is very smart from an electoral strategy perspective," said Ford O'Connell, a Republican strategist who worked on John McCain's 2008 presidential campaign.

"The Squad" has become the shorthand for Alexandria Ocasio-Cortez, Ayanna Pressley, Rashida Tlaib and Ilhan Omar, four women elected to Congress last November who have been trying to push the Democrats further left and have high media visibility but limited power in the party and the House of Representatives.

By equating the party with them, Trump not only fires up his base but also potentially gets the ear of undecided voters in the swing, or battleground, states, such as Michigan, Wisconsin and Pennsylvania, that will decide the 2020 election.

O'Connell pointed to a poll from May shared with the Axios news site that took the political temperature of around 1,000 likely voters who are white and have two years or less of college education. It's a demographic that embraced Trump in 2016 — and one Democrats are trying to win in swing districts.

The poll suggested that while Ocasio-Cortez was recognized by 74 per cent of voters surveyed, only 22 per cent had a favourable view of the congresswoman. Omar stood at 53 and nine per cent, respectively.

Respondents were also asked about socialism, which 69 per cent of them viewed unfavourably.

That's a sentiment Trump tapped into as he defended his calls for the congresswomen to go back to "the totally broken and crime infested places from which they came" at a news conference Monday, saying, "They're socialists, definitely."

O'Connell said the aim of calling out the four freshmen members of Congress is to inflate their reach and suggest that whoever wins the Democratic nomination will be aligned with their views.

"For incumbent presidents, their best time to make their case is between now and when the Democrats have their nominee."

"He has been targeting Biden extremely heavily," O'Connell said of Trump.

"And the reason why he's doing that is because Biden tends to be capturing the types of voters he needs: seniors, white working class, conservative Hispanics. Those are the voters [Trump] needs to recapture to win re-election when he's looking at the polls right now."

Even if the tactic of diverting attention from establishment Democrats like Biden, a moderate, to the more radical left of the party doesn't do much to alter Trump's approval ratings, which have hovered around 42-43 per cent for the past year, it could still benefit him in the 2020 race.

"He doesn't need to push his approval ratings up if he could drag the other person's down," O'Connell said.

But Democratic strategist and commentator Alaina Beverly doesn't think her party will take the bait.

"The battleground states like Michigan are going to be focused on issues," she said. "The tax cuts that Trump gave to the wealthy — Michigan voters are not feeling those"

According to Beverly, while Democrats rallied to defend the four congresswomen against attacks that amounted to race baiting, it's issues such as health care and the economy that will ultimately help them sway voters.

'The arsonist and the fireman'

Still, veteran Republican strategist Mike Murphy said that when Ocasio-Cortez and some of the other progressive members of Congress introduced race into an ongoing fight with House Speaker Nancy Pelosi and establishment Democrats, they gave Trump an opening.

"When the Democrats play racial identity politics, they give a real racist like Trump something to work with," said Murphy, who hosts the Hacks on Tap podcast with longtime Democratic strategist David Axelrod.

"Normally, it's the job of the president to be a damper on this kind of stuff, and instead Trump … wants to be the arsonist and the fireman." 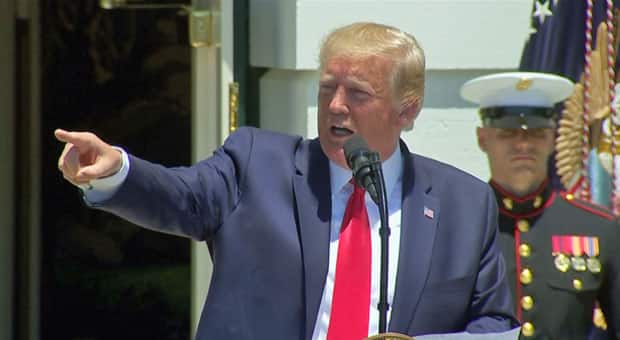 2 years ago
1:54
U.S. President Donald Trump renewed his attacks against four liberal congresswomen of colour after a series of weekend tweets targeting them. 1:54

All the more reason, Murphy said, that rank-and-file Republicans have a "moral duty to strongly condemn what he's doing."

While Texas Rep. Chip Roy, Michigan Rep. Fred Upton, South Carolina Sen. Lindsey Graham and some other prominent Republicans did briefly publicly criticize Trump in the wake of the series of tweets sent Sunday, much of the Republican Congress stayed silent for most of Monday  (the party's leadership has since weighed in).

POTUS was wrong to say any American citizen, whether in Congress or not, has any ‘home’ besides the U.S. But I just as strongly believe non-citizens who abuse our immigration laws should be sent home immediately, &amp; Reps who refuse to defend America should be sent home 11/2020.

Frankly I’m appalled by the President's tweets. There’s no excuse. Inflammatory rhetoric from both sides of the aisle that is used to divide us just isn’t right. It’s not helpful. We have too many challenges facing us...

The condemnations that did come were tempered by caveats denouncing the politics of the four women of colour as anti-American and, in some cases, anti-Semitic.

"I certainly feel a number of these new members of Congress have views that are not consistent with my experience and not consistent with building a strong America," Sen. Mitt Romney told NBC News 10 Boston before issuing a statement denouncing Trump's comments as "destructive, demeaning, and disunifying."

Graham urged the president to "aim higher" and not target the congresswomen personally, saying in an appearance on Fox & Friends the lawmakers, who he described as "anti-America" and "anti-Semitic," should instead be called out for their policies.

"What Graham and others are kind of trying to do is to slide from a mild condemnation of what Trump's doing in the larger sense to exacerbating the political weakness," said Murphy, who has donated money to the campaign of Bill Weld, the lone Republican challenger to Trump, even though he knows he has no chance of winning in the primaries.

WATCH | 'A.O.C. and this crowd are a bunch of communists. They hate Israel; they hate our own country,' Republican Senator Lindsey Graham told Fox & Friends Monday morning: 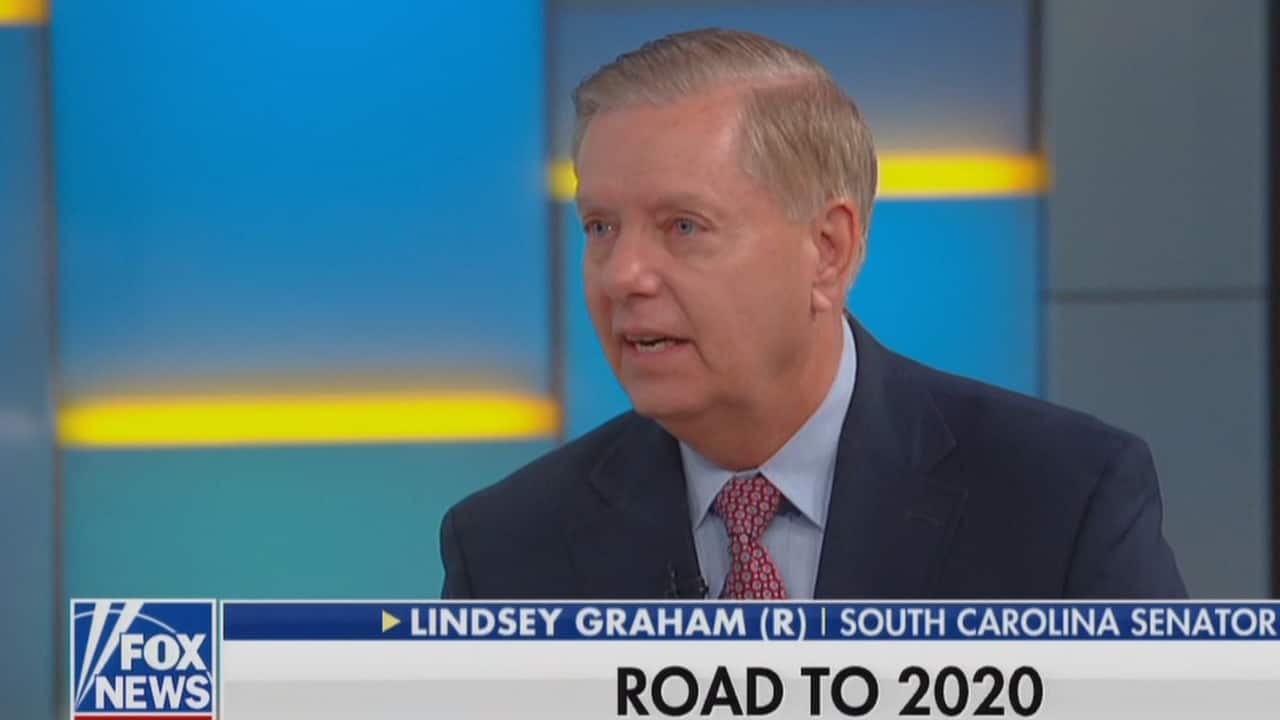 Any Republican who goes further than mild rebuke risks the wrath of the populist, xenophobic constituency that currently holds sway in the party — whose members may not be a majority in the country but turn out in disproportionately large numbers to vote in the Republican primaries, said Bill Schneider, a Republican political analyst and professor of policy, government and international affairs at George Mason University in Virginia.

"This solidifies his base among the extreme elements on the right, and it threatens the Republicans who don't cater to that base," he said.

He expects the majority of moderate, mainstream Republicans to remain that way unless Trump suffers a resounding defeat in the November 2020 election.

"We have the politics of personality in the United States," he said. "It's always been true. The anti-Trump Republicans don't have a figure they can rally around, and they desperately need one." 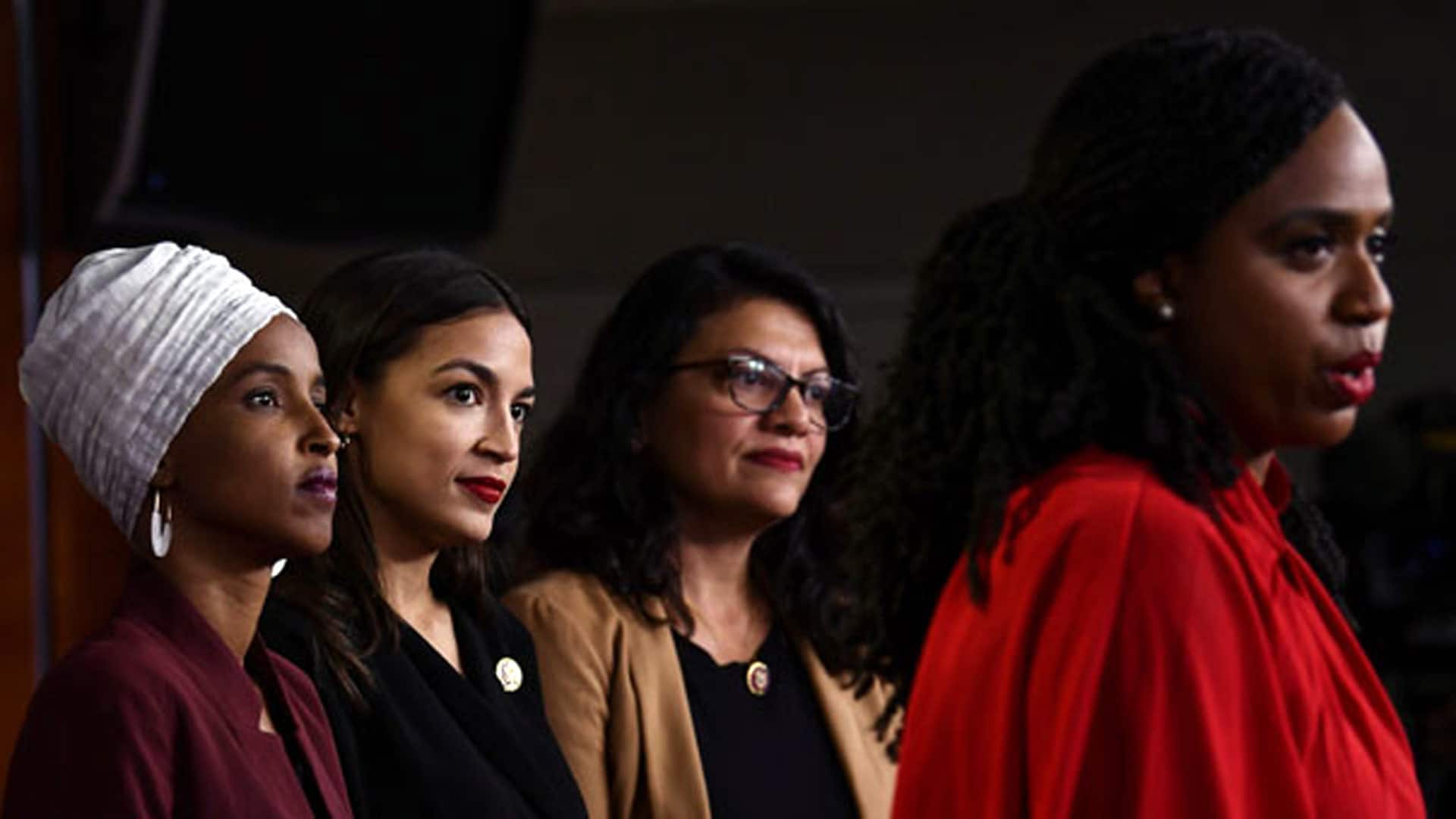