Donald Trump has softened his rhetoric on Pope Francis after blasting the leader of the Catholic Church for suggesting the billionaire businessman's plan to build a wall along the U.S.-Mexico border made him "not Christian." 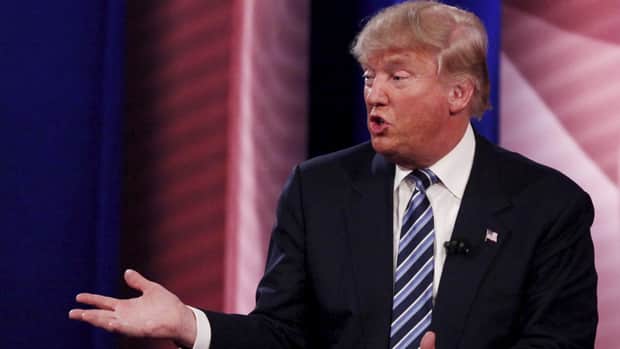 Trump tones it down for S.C. primary

Donald Trump has softened his rhetoric on Pope Francis after blasting the leader of the Catholic Church for suggesting the billionaire businessman's plan to build a wall along the U.S.-Mexico border made him "not Christian."

Trump said during a South Carolina town hall event Thursday night on CNN that he now believes the pope's remarks were "probably a little bit nicer" than first reported.

Trump says he believes the pope has only heard one side of the story, as told by the Mexican government, and isn't aware of the problems Trump claims are caused by a porous border.

Trump also says he has great respect for Pope Francis. Still, he couldn't help but offer a dig, noting that, "He's got an awfully big wall at the Vatican."

On Friday, Vatican spokesperson Father Federico Lombardi said Francis's suggestion that Trump was "not Christian" because of his views on immigration was not a personal attack.

Lombardi told Vatican radio that the pope's comments, which were initially denounced by Trump, were simply an affirmation of his long-standing belief that migrants should be helped and welcomed rather than shut off behind walls.

"In no way was this a personal attack, nor an indication of how to vote," Lombardi said.