The immunity deal for CFO Allen Weisselberg was first reported by the Wall Street Journal, which also reported he was called to testify before a federal grand jury earlier this year.

A co-operation deal between Weisselberg and prosecutors could be damaging to the president given the executive's longtime role in Trump's business affairs.

Weisselberg has worked for the Trump family for more than four decades, including as treasurer for the Donald J. Trump Foundation. He is one of the people to whom Trump entrusted his business before taking office.

Rudy Giuliani, a lawyer for the president, said he did not know what Weisselberg had been questioned about. But Giuliani said Trump's legal team had been through the executive's business dealings and found nothing that could threaten the president.

"I know what he knows and none of it is of concern to us," said Giuliani. "There's nothing he has that would hurt."

Cohen — who arranged hush-money payments shortly before the November 2016 presidential election to at least two women who said they had had sex with Trump — pleaded guilty Tuesday to campaign finance violations and other charges.

NEWS: Allen Weisselberg, Trump's longtime financial gatekeeper and the CFO of the Trump Organization, was granted immunity by federal prosecutors in New York for providing information about Michael Cohen in the criminal investigation. w/<a href="https://twitter.com/nicole_hong?ref_src=twsrc%5Etfw">@nicole_hong</a> <a href="https://t.co/sOEjM8G62n">https://t.co/sOEjM8G62n</a>

He said in court that Trump directed him to arrange the payments. Such payments could be considered illegal campaign contributions under federal election law, according to experts.

Two executives at American Media Inc., which publishes the National Enquirer, a supermarket tabloid reportedly involved in making the payments, have also been granted immunity in the investigation, Vanity Fair magazine reported. 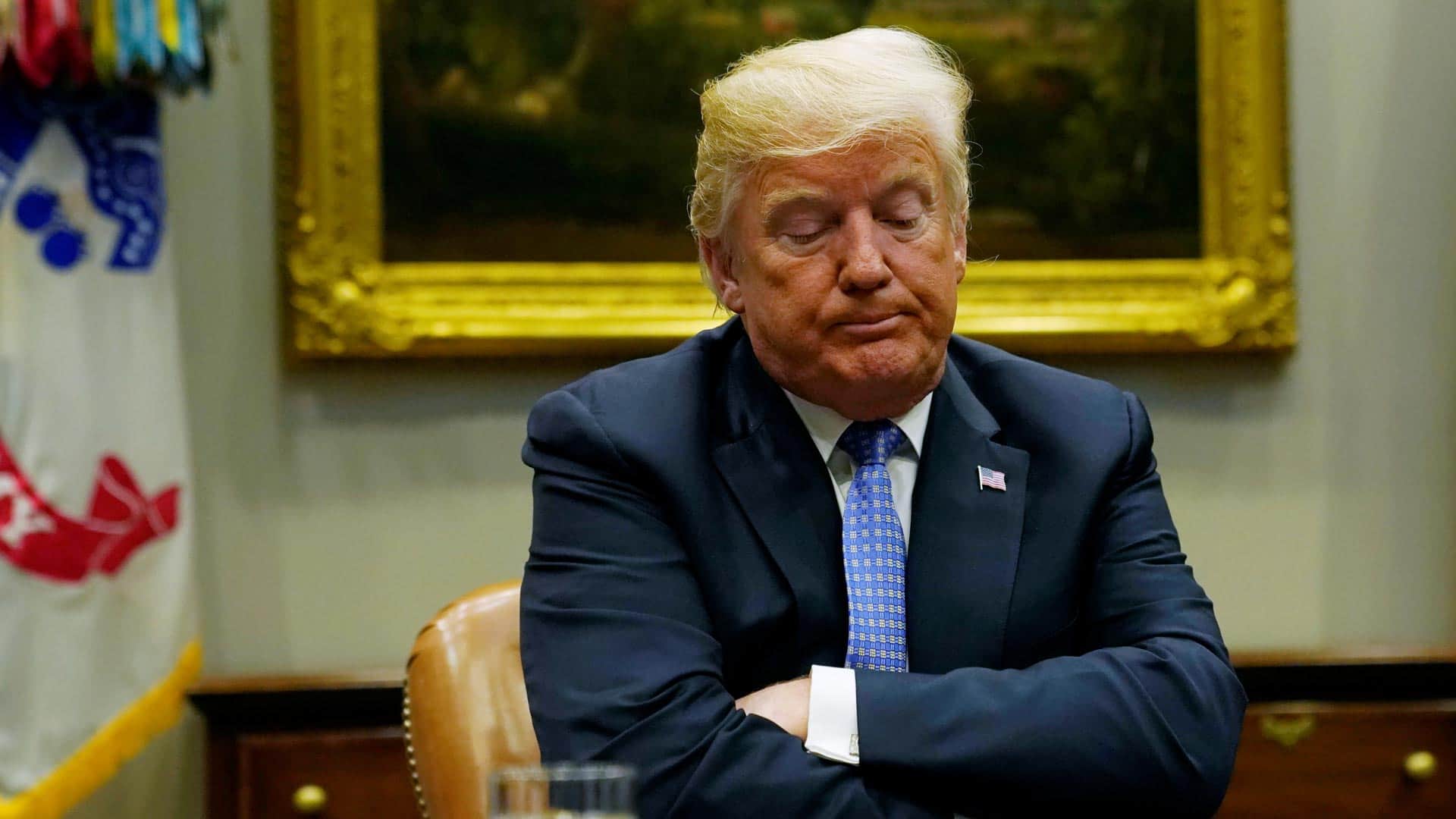 Trump says flipping should be illegal, as Trump's friend flips

2 years ago
2:55
In an interview with Fox News, U.S. President Donald Trump said flipping should be illegal, just as another of his friends flipped on him. David Pecker, CEO of the parent company of the National Enquirer, has been granted immunity in exchange for providing information about Michael Cohen and Trump. 2:55

Experts said the deals were a sign Weisselberg, Pecker and Howard faced criminal exposure because the government did not grant immunity lightly.

"This is bad for Trump, because the more witnesses you have, in terms of people who can testify — not just about what happened, but why it happened — the more likely it is for the prosecution to establish the motive behind Trump's participation in this deal," said Jens Ohlin, a professor at Cornell Law School.

Most legal experts agree that a president cannot be indicted while in office, but allegations that Trump was involved in a crime could factor in a debate over whether he should face impeachment.

Cohen mentioned Weisselberg on a secret recording that he had made in September 2016, which was aired on CNN last month.

On the recording, Cohen and Trump appeared to discuss reimbursing American Media for a payment to former Playboy model Karen McDougal, who has said she had a yearlong affair with Trump. Trump has denied there was an affair.

On the recording, Cohen is heard saying, "I've spoken to Allen Weisselberg about how to set the whole thing up."

McDougal sold her story to American Media for $150,000 US in August 2016 but it was never published by the National Enquirer under a practice known as "catch and kill," aimed at suppressing potentially damaging stories.

Trump has given shifting explanations of his knowledge of the payment, most recently saying that it came out of his own pocket, which wouldn't necessarily preclude it from being a campaign violation.

Giuliani has said the payment to McDougal and a $130,000 US payment to adult-film performer Stormy Daniels were a personal matter and were not subject to campaign finance law.

Federal campaign finance law limits individual donations to $2,700 per election, requires the disclosure of any donation over $200, and defines a contribution as anything of value given, loaned or advanced to influence a federal election.

The Trump Organization is the umbrella group for dozens of Trump businesses, including real estate development, management of hotels and golf courses, and production of the reality television shows, The Apprentice and Celebrity Apprentice.

Under a reorganization plan announced before Trump's January 2017 inauguration, the business was placed into a trust controlled by Weisselberg and the president's two adult sons, Donald Trump Jr. and Eric Trump.

The Cohen investigation was referred to federal prosecutors in New York by U.S. special counsel Robert Mueller, who is looking into Russian interference in the 2016 election and possible co-ordination between Trump's Republican campaign and Russian officials. 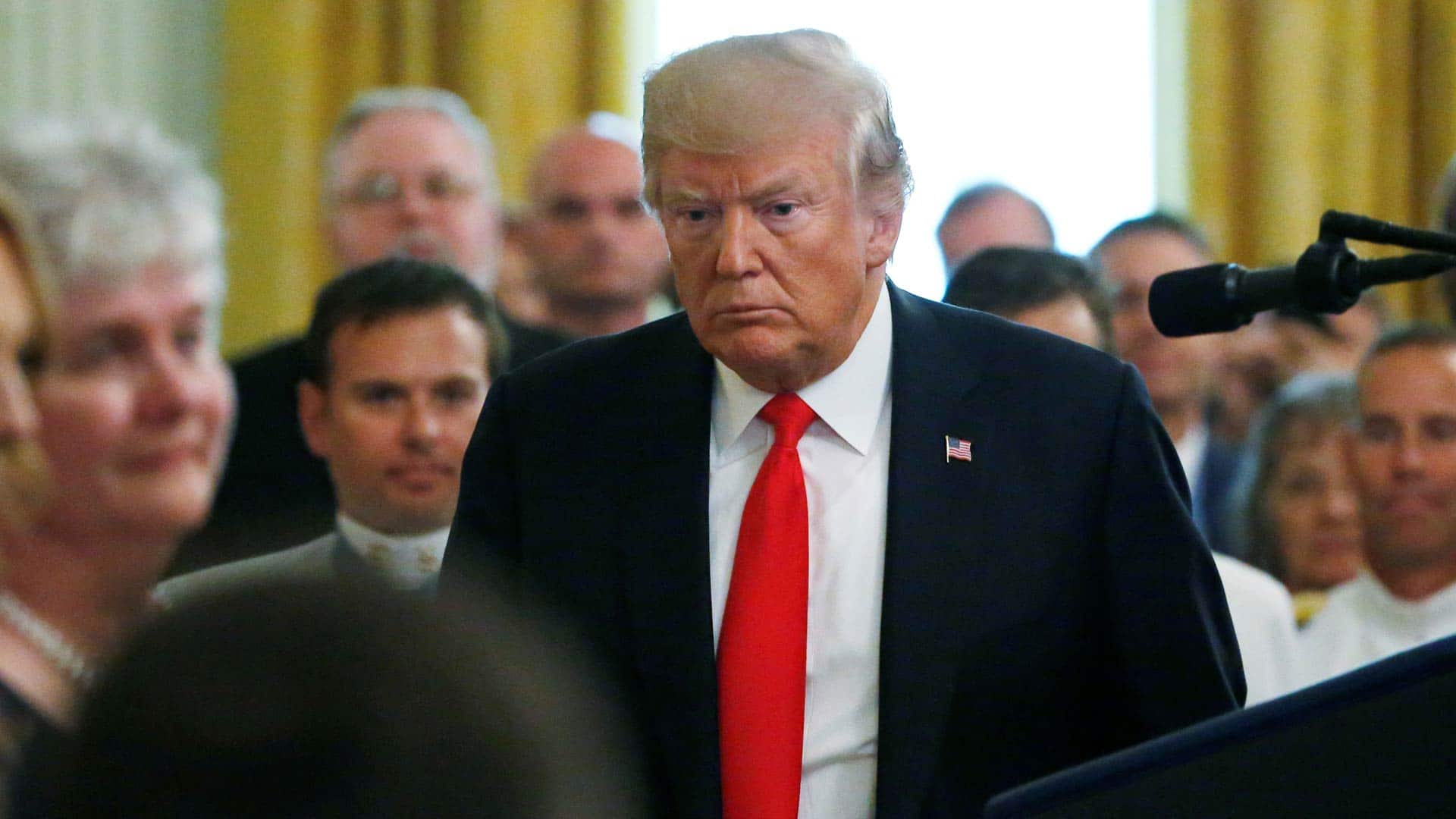 Can Trump be indicted by the U.S. Department of Justice?

2 years ago
1:49
The National looks at what it would take for an indictment to happen and how past presidential scandals have set the stage for this administration's controversy. 1:49

Trump has repeatedly denied there was collusion and has labelled the Mueller probe a "witch hunt." There is no such federal crime as collusion, although if he were found to have engaged in a conspiracy or attempted to obstruct justice in a report Mueller is expected to deliver when the probe has concluded, he could be damaged.

The issue of whether a sitting president can be indicted has not been tested, though Trump allies point to two previously written legal opinions that weigh in against the prospect.