U.S. President Donald Trump announced a plan on Wednesday to send federal agents to the Democratic-run cities of Chicago and Albuquerque, N.M., to crack down on violent crime in an escalation of his "law and order" theme heading into the final months before the presidential election. 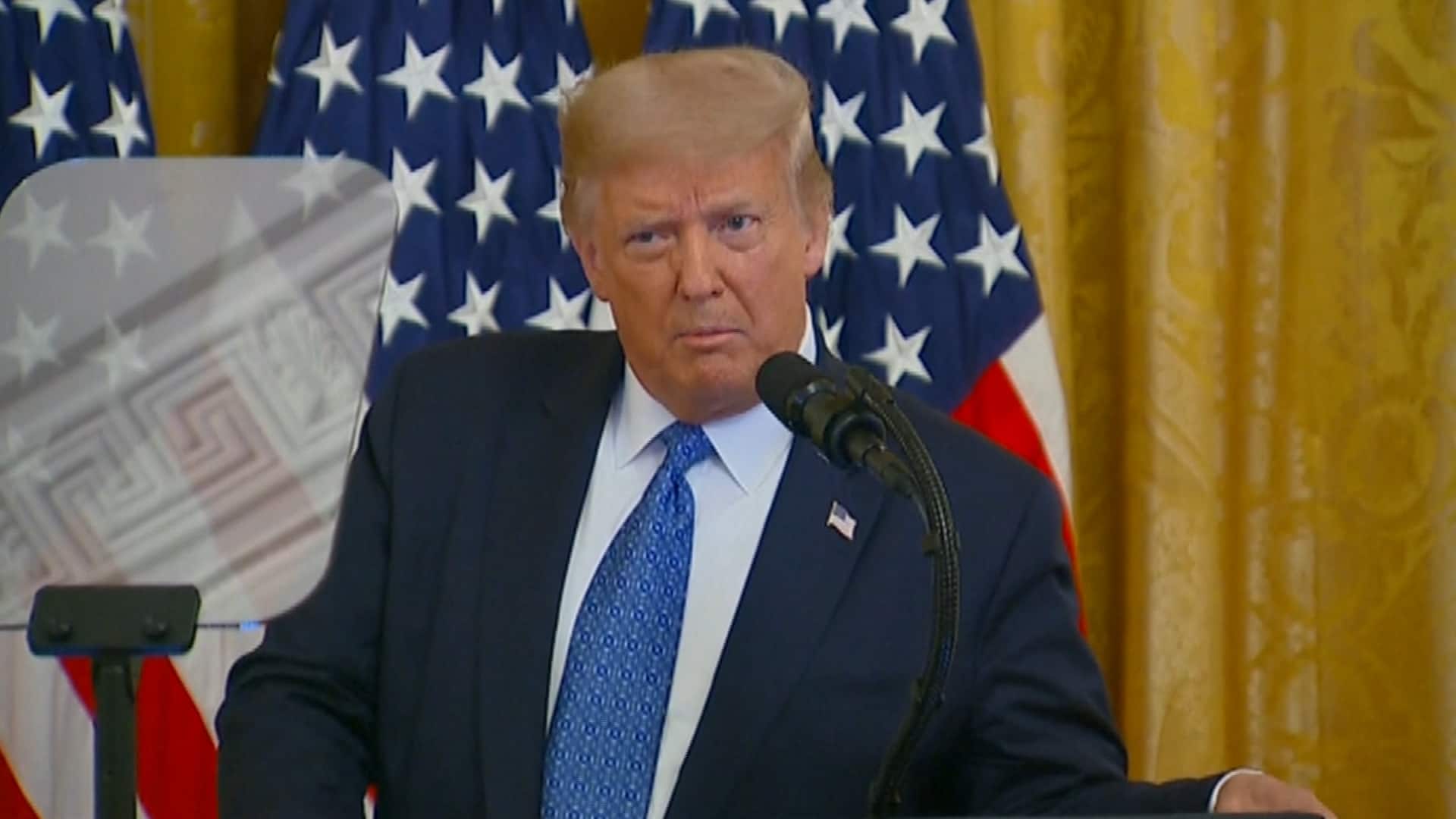 4 months agoVideo
0:53
U.S. president blames violent crimes on protesters, strongly criticizes those who call for defunding the police, and threatens to send more federal officers into other cities. 0:53

U.S. President Donald Trump announced a plan on Wednesday to send federal agents to the Democratic-run cities of Chicago and Albuquerque, N.M., to crack down on violent crime in an escalation of his "law and order" theme heading into the final months before the presidential election.

Trump, joined at a White House event by Attorney General William Barr, unveiled an expansion of the Operation Legend program to more cities in a further effort by federal officials to tackle violence.

"Today I'm announcing a surge of federal law enforcement into American communities plagued by violent crime," said Trump, a Republican who has accused Democratic mayors and governors of tolerating crime waves. "This bloodshed must end — this bloodshed will end," he said.

The program involves deploying federal law enforcement agents to assist local police in combating what the Justice Department has described as a "surge" of violent crime.

Chicago Mayor Lori Lightfoot and New Mexico Gov. Michelle Lujan Grisham, both Democrats, welcomed the federal help, so long as it was to assist local law enforcement with community policing and public safety. Both rejected the use of federal agents for the kind of protest crackdown seen in Portland, Ore., saying such actions would be met with legal action.

The <a href="https://twitter.com/NewMexicoOAG?ref_src=twsrc%5Etfw">@NewMexicoOAG</a> and I will actively monitor for potential civil rights violations if and when the federal government sends officers to our state. We would welcome a genuine conversation about community public safety work and fighting violent crime. I hope that is the case. <a href="https://t.co/bfWlLiPBYB">pic.twitter.com/bfWlLiPBYB</a>

"If the Trump administration wishes to antagonize New Mexicans and Americans with authoritarian, unnecessary and unaccountable military-style 'crackdowns,' they have no business whatsoever in New Mexico," Lujan Grisham said in a statement.

Barr sought to differentiate the initiative from the use of federal agents from the Department of Homeland Security (DHS) to quell unrest in Portland, where local authorities have complained about the federal involvement.

The hostilities in Portland continued on Wednesday night, with federal agents using tear gas on a crowd of people which included Ted Wheeler, the mayor of the city.

Barr said the law enforcement personnel from a variety of agencies will serve as "street" agents and investigators who will be working to "solve murders and take down violent gangs."

Trump hopes his "law and order" push will resonate with his political base as he trails Democrat Joe Biden in opinion polls ahead of the Nov. 3 presidential election. But the initiative risks inflaming tensions running high in many cities in the wake of the death in police custody of George Floyd, a Black man.

Lightfoot said it was not unusual for federal law enforcement to work alongside local partners, but urged Chicagoans to watch for any sign that federal agents, especially DHS officers, were stepping "out of line." 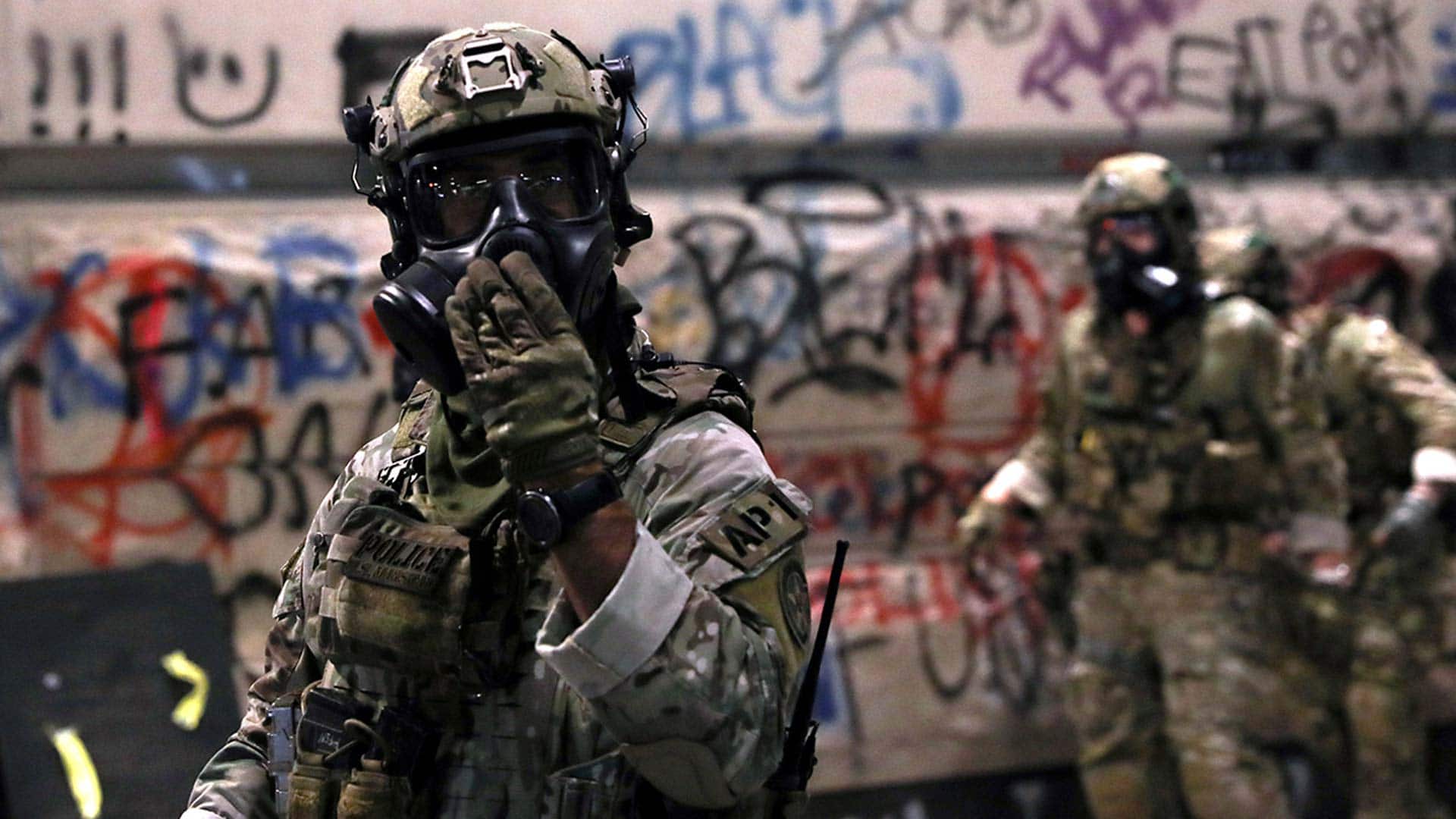 Trump has emphasized a robust policing and military approach to the protests across the United States about racial inequality after Floyd's death in Minneapolis.

The White House has sought to focus on city crime even as Trump's approval numbers plummet in response to his handling of the coronavirus pandemic.

"We are waiting for the mayor (Lightfoot), respectfully, and other mayors and governors to call us. We are ready, willing and able to go in there with great force," Trump told reporters later on Wednesday.

Operation Legend is named for LeGend Taliferro, a 4-year-old boy who was shot and killed while he slept early on June 29 in Kansas City, Mo., according to the Department of Justice's website.