Trump, ignoring age-old legal wisdom, may have implicated himself and burned his lawyer — on live TV

The show is called Fox & Friends. But U.S. President Donald Trump may have been a little too loose-lipped with the chummy, conservative anchors interviewing him by phone on the Fox News channel on Thursday morning.

The show is called Fox & Friends. But U.S. President Donald Trump may have been a little too loose-lipped with the chummy conservative anchors interviewing him on the Fox News channel Thursday morning when he rattled off a series of ill-advised remarks that may have legally undermined his lawyer and himself — and moved him closer to having to testify under oath in a deposition.

His words have already been used against him.

Trump's longtime lawyer and confidant Michael Cohen is under criminal investigation after the FBI raided his home, hotel room and office this month, seizing documents, electronic devices and at least one safety deposit box. Trump suggested the probe is focused on Cohen's business dealings.

In the half-hour televised phone call, during which the president at times veered off topic and raised his voice to a pitched yell, Trump seemed to:

There was a lot to digest.

Here's a little of what Trump said and why it could be problematic for him and Cohen down the road:

'He represents me, like with this crazy Stormy Daniels deal.'

"He straight-up said it," Osler said. "He just said that Michael Cohen represented him in relation to Stormy Daniels. And that's contrary to the narrative that's been put out at this point."

Cohen has always alleged that he freelanced the payment of $130,000 US in hush money to Daniels — without Trump's knowledge — and that he paid the money out of his own pocket. Reporters aboard Air Force One this month asked Trump if he knew about the payments. "No," he answered.

Osler said a prosecutor would need to prove there was some connection in conversations between Trump and Cohen regarding the Daniels payment, which some have argued might have violated campaign finance laws.

"By acknowledging that Cohen represented him, Trump goes a long way to providing that connection," he said.

It otherwise makes no sense for Trump to have hired Cohen to deal with the Daniels dispute, said Renato Mariotti, a former federal prosecutor in Chicago. While Trump admitting Cohen was his lawyer for the Daniels case "doesn't necessarily mean he knew about the contract or payment, it certainly suggests that he did,"  Mariotti said.

"Why would you hire a lawyer for something and not know what the dispute was?"

'I went to Russia for a day or so, a day or two ... He said I didn't stay there overnight. Of course, I stayed there.'

Trump, calling allegations made by fired FBI director James Comey "phoney," disputed Comey's memos stating that the president had denied to him that he stayed in a Moscow hotel overnight during the 2013 Miss Universe pageant. Trump made the remark to discredit Comey.

But in doing so, he may have inadvertently supported the most salacious allegation about "golden showers" involving Russian prostitutes, as detailed by former British spy Christopher Steele in a report dubbed the Steele dossier. The report, prepared for Fusion GPS, the private research firm that compiled opposition research on Trump for both Republicans and Democrats, also contains allegations of collusion between Russians and the Trump presidential campaign.

"On the one hand, Trump is saying, 'Don't trust Comey,'" said Harry Sandick, a former Southern District of New York federal prosecutor now with the firm Patterson Belknap Webb & Tyler. "But then, if he did spend the night in Moscow, doesn't that raise other concerns about whether the Steele dossier is truthful or not?"

Trump's contradictions on the Daniels scandal could also give her lawyer, Michael Avenatti, enough leeway to demand a deposition to clear up the varying accounts in sworn testimony.

"Another gift from the heavens," Avenatti said on MSNBC Thursday. 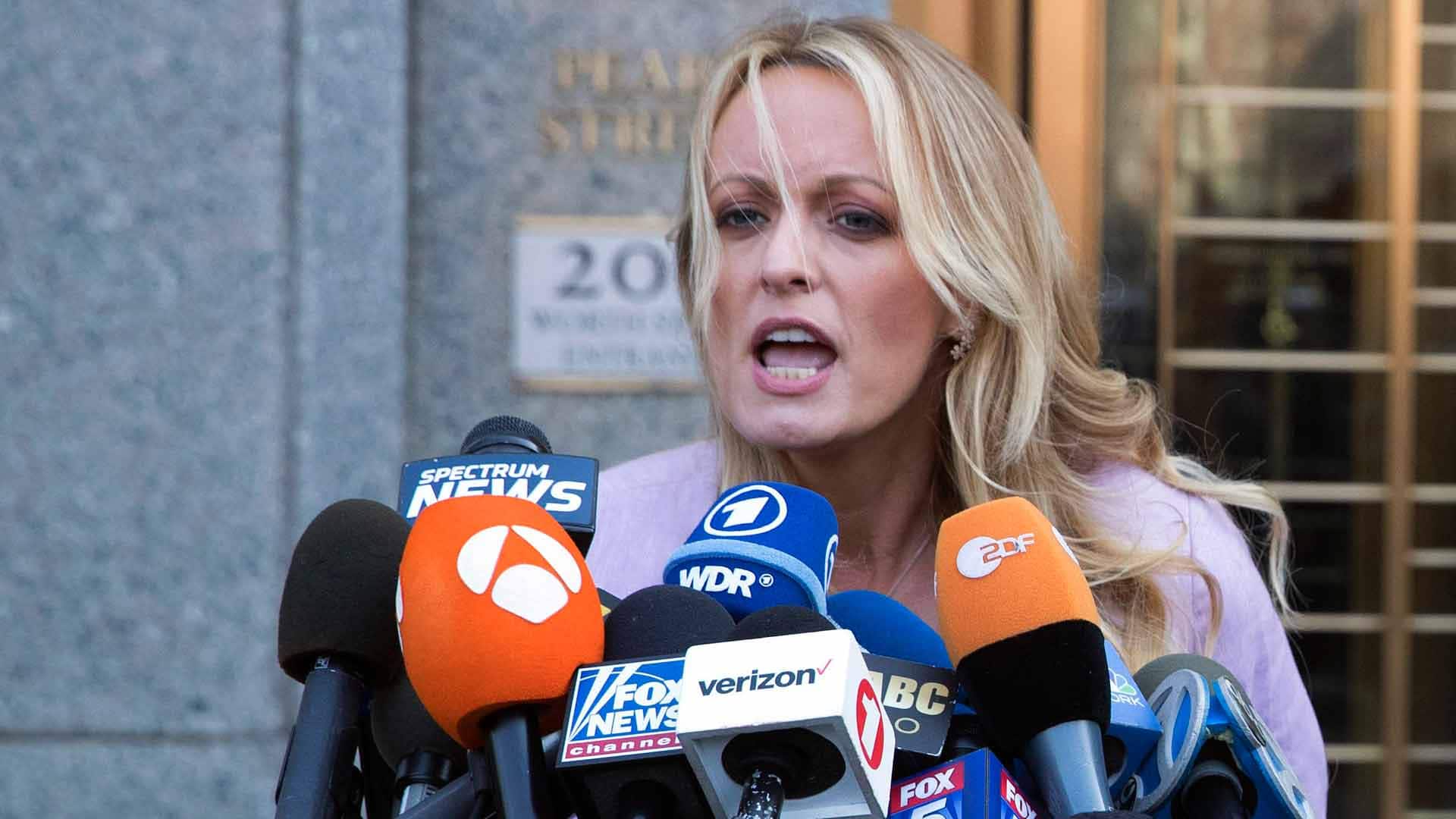 Outside a Manhattan courthouse, Avenatti made it clear how much the Trump Fox appearance pleased him.

That was Trump's answer when asked by Fox News host Steve Doocy how much of his legal work was overseen by Cohen.

Problem is, if the amount of legal involvement Cohen has with his affairs after their decade-long relationship is so minuscule, that also undercuts Trump's argument that Cohen's seized documents should be protected by attorney-client privilege.

It seems federal prosecutors were also watching Fox News on Thursday and took advantage of the remarks. In a filing to the judge, they submitted that Trump's "tiny, tiny little fraction" comment on cable television suggests that "the seized materials are unlikely to contain voluminous privileged documents."

"It certainly was something a lawyer would have suggested he not say," Mariotti said.

Mariotti said he doubts it had any bearing in the end on a judge's decision Thursday to appoint an independent "special master" to examine documents to assess what should remain confidential correspondence between Cohen and his clients, including Trump.

Jim Trusty, a former chief of the organized crime section at the Justice Department now with Ifrah Law, said Trump may have been alluding to a small fraction of his legal universe, which still might be immense.

"The problem is with this president, even his biggest fans would say he can be a little inexact," Trusty said.

'I'm very disappointed in my Justice Department … I have decided that I won't be involved. I may change my mind at some point because what's going on is a disgrace.​'

Trump said he was disappointed with the Justice Department but has decided he "won't be involved." But he added, "I may change my mind at some point."

It sounded like a threat to some legal scholars, and Trump has repeatedly alluded to a desire to prosecute some of his political enemies, including Comey and failed Democratic presidential candidate Hillary Clinton.

The Justice Department, which is meant to maintain independence and remain non-partisan, appointed special counsel Robert Mueller to investigate Russian meddling in the 2016 U.S. presidential election.

"Taking action against the department would likely be legally problematic," Mariotti said. "So, it's better for Trump to say nothing about interfering with the Justice Department at all during its ongoing investigation."

Saying nothing seems to be the hard part for a president who has shown little restraint when it comes to speaking off the cuff on live TV.

"In general, it's not a good idea to talk publicly about an investigation that's related to you," Sandick said. "The usual playbook is for someone who's a witness or a subject in an investigation not to say much, to let their lawyers do their jobs.