Donald Trump Jr. has posted a message on Twitter likening Syrian refugees to a bowl of poisoned Skittles.

Syrian refugees like bowl of candy, and some 'will kill you,' Republican candidate's son says 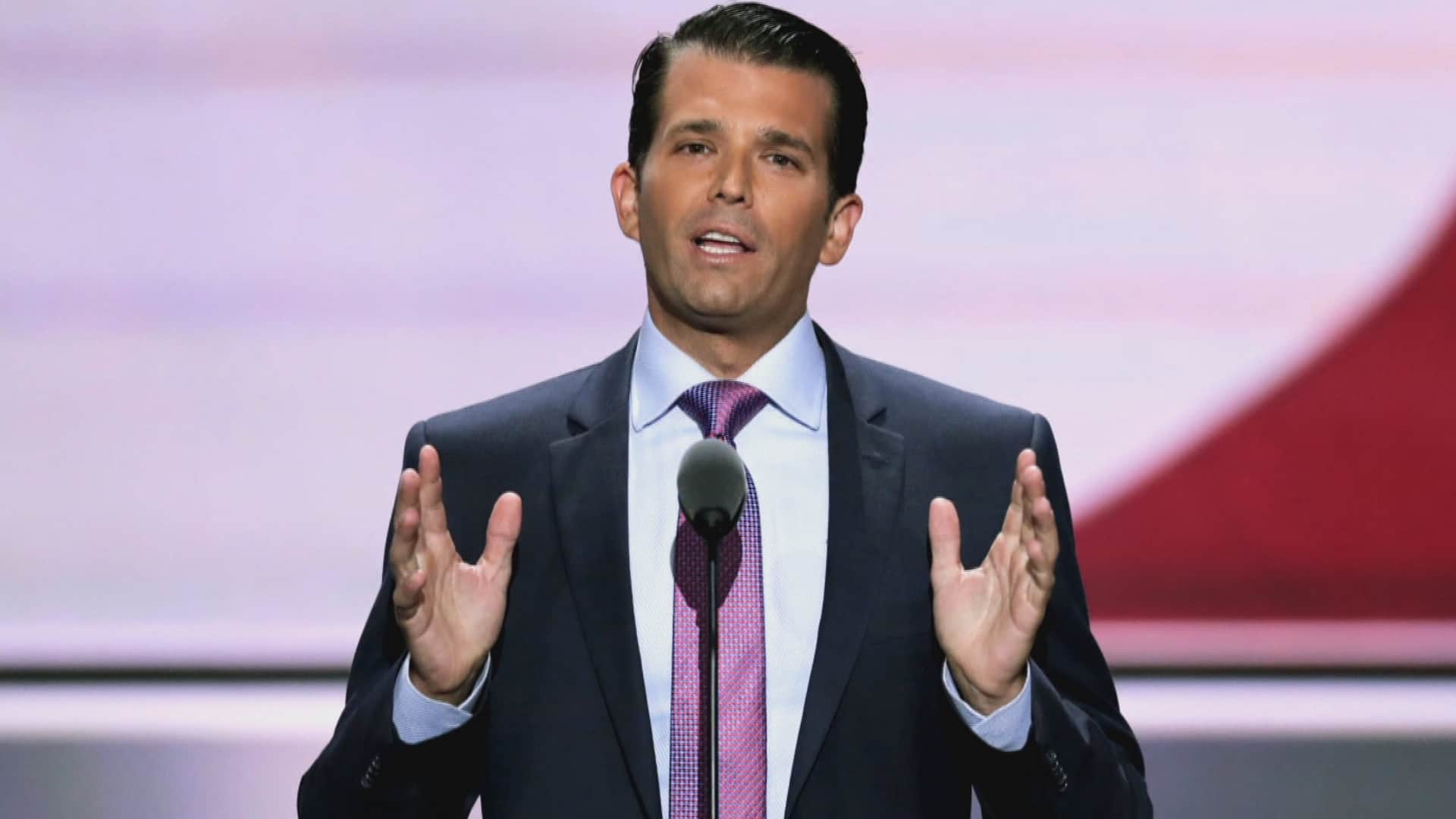 4 years agoVideo
2:30
A message posted on Twitter likened Syrian refugees to a bowl of poisoned Skittles 2:30

Donald Trump Jr. has posted a message on Twitter likening Syrian refugees to a bowl of poisoned Skittles.

Seeking to promote his father's presidential campaign, the younger Trump posted a tweet featuring a bowl of the candy Skittles with a warning.

"If I had a bowl of skittles and I told you just three would kill you, would you take a handful?" said the tweet from the verified @DonaldTrumpJr user name.

"That's our Syrian refugee problem," said the post, which caused a stir and a flurry of negative tweets on the internet into Tuesday.

His father has advocated sharply restraining immigration and has accused opponent Hillary Clinton of advocating acceptance of tens of thousands of refugees.

Wrigleys America, the company which makes Skittles, said the company doesn't  think it's an appropriate analogy.

Trump Jr.'s tweet repeats an analogy that has been on the internet for years, using M&Ms and other foods, and targeting a variety of groups.

When former Arkansas governor Mike Huckabee was running for the Republican presidential nomination last year, he used peanuts to warn about the risk of admitting refugees.

In a Nov. 17 interview on MSNBC, he asked, if there was a five-pound bag of peanuts and "there were about 10 peanuts that were deadly poisonous, would you feed them to your kids? The answer is no."

Trump Jr.'s tweet came as world leaders meeting at the United Nations on Monday approved a declaration aimed at providing a more co-ordinated and humane response to the global refugee crisis, among which Syrians are a major grouping.

The Skittles photographer, David Kittos, told BBC he did not give permission for his picture to be used or supported Trump's politics, and that he was a refugee himself when his family fled Cyprus from Turkish occupation in 1974 when he was six years old.

During the campaign, Trump has repeatedly called for a moratorium on accepting Syrian refugees. This is part of a more wide-ranging policy on immigrants that has ranged from an outright ban on foreign Muslim immigrants entering the United States "until we know what the hell is going on" to "extreme" vetting and an ideological test for would-be immigrants from countries and regions plagued by extremism.

Clinton has said she would expand President Barack Obama's refugee program to accept about 65,000 Syrian refugees. That would be in addition to the tens of thousands of refugees accepted from around the world every year. Clinton said she would continue with the vetting currently in place, an effort that can take multiple years to complete.

Hundreds of thousands of Syrians have sought refuge in Europe, while many others wait in neighbouring countries and refugee camps for the war to end or a chance to move away from the carnage.

Obama pledged the U.S. would accept 10,000 Syrians this budget year, which ends Sept. 30, and achieved that number a month early. This is in addition to about 75,000 refugees from other parts of the world.