It's unusual for an elected leader to promote unproven medicine. But Donald Trump, a norm-smashing U.S. president facing the political fight of his life, is all-in on a malaria drug as a possible treatment for COVID-19. Now, a global race is on to test the drug — and the wisdom of Trump's move.

A U.S. president known for smashing norms is now breaking another one by promoting an unproven treatment during a deadly pandemic.

We'll soon find out if Donald Trump is right.

A global race is underway to test the malaria drug hydroxychloroquine for its anti-viral properties. It's a race unfolding in research labs and hospitals, including in Canada, as the death toll from COVID-19 continues to rise.

While other world leaders may urge caution regarding hydroxychloroquine, Trump, at times, seems to hurl caution to the wind.

He is the only G7 leader facing re-election this year, and controlling coronavirus is now the No. 1 issue.

"I'm not a doctor. But I have common sense," Trump told a weekend news conference, as he announced that the U.S. government has ordered 29 million doses of the malaria drug for labs, the military and hospitals.

He encouraged medical professionals to take it protectively, if they don't have heart trouble, saying, "What do you have to lose?"

According to a paper from researchers at the Mayo Clinic, there is an increased risk of heart irregularities for one per cent of the drug's users.

Meanwhile, there are now shortages for those who rely on the drug to treat chronic autoimmune diseases such as lupus and rheumatoid arthritis.

Trump’s unproven claims about hydroxychloroquine have already led to stockpiling, creating shortages for the physicians and patients who rely on the medication.<br><br>Medical misinformation is dangerous and Donald Trump has no business giving this advice.<br> <a href="https://t.co/TqFHQB29at">https://t.co/TqFHQB29at</a>

To Trump's detractors, his willingness to promote off-label drugs is the latest example of the president obliterating basic norms of government: calling for prosecutors to go easier on a friend; pressuring the central bank to cut interest rates; pushing for criminal probes of his last election opponent and his next likely opponent; and, in the past few days alone, firing or reprimanding the independent watchdogs of several departments.

But here's the thing: Trump's faith in this drug might ultimately be vindicated.

The drug has shown promise in limited early studies. A Michigan Democrat credited it with saving her life and thanked Trump for promoting it. The Democratic governor of New York, Andrew Cuomo, has sounded cautiously hopeful.

"Anecdotally, it's been positive," Cuomo told a news conference this week.

"Anecdotally, you'll get suggestions that it has been effective. But we don't have any official data yet from a hospital, or a quote-unquote study."

It's being given to some patients in New York City hospitals overrun with COVID-19 patients and is part of the official instructions for treatment in that city's Mount Sinai network.

A frenzied global race is now underway to assess the results.

Hospitals testing the drug in Canada, too

The drug actually has a long history — and the story harkens back to the biggest pandemic of the 20th century. During the Spanish flu outbreak, doctors prescribed quinine, a malaria treatment derived from the bark of a tropical tree, without evidence it would help.

Intended as a synthetic substitute for quinine, chloroquine was originally developed by Bayer in 1934. In the late 1960s, researchers first noted the potential anti-viral properties of the drug, which is similar to hydroxychloroquine.

WATCH | Why it's so important to wait and see what the science says about hydroxychloroquine: 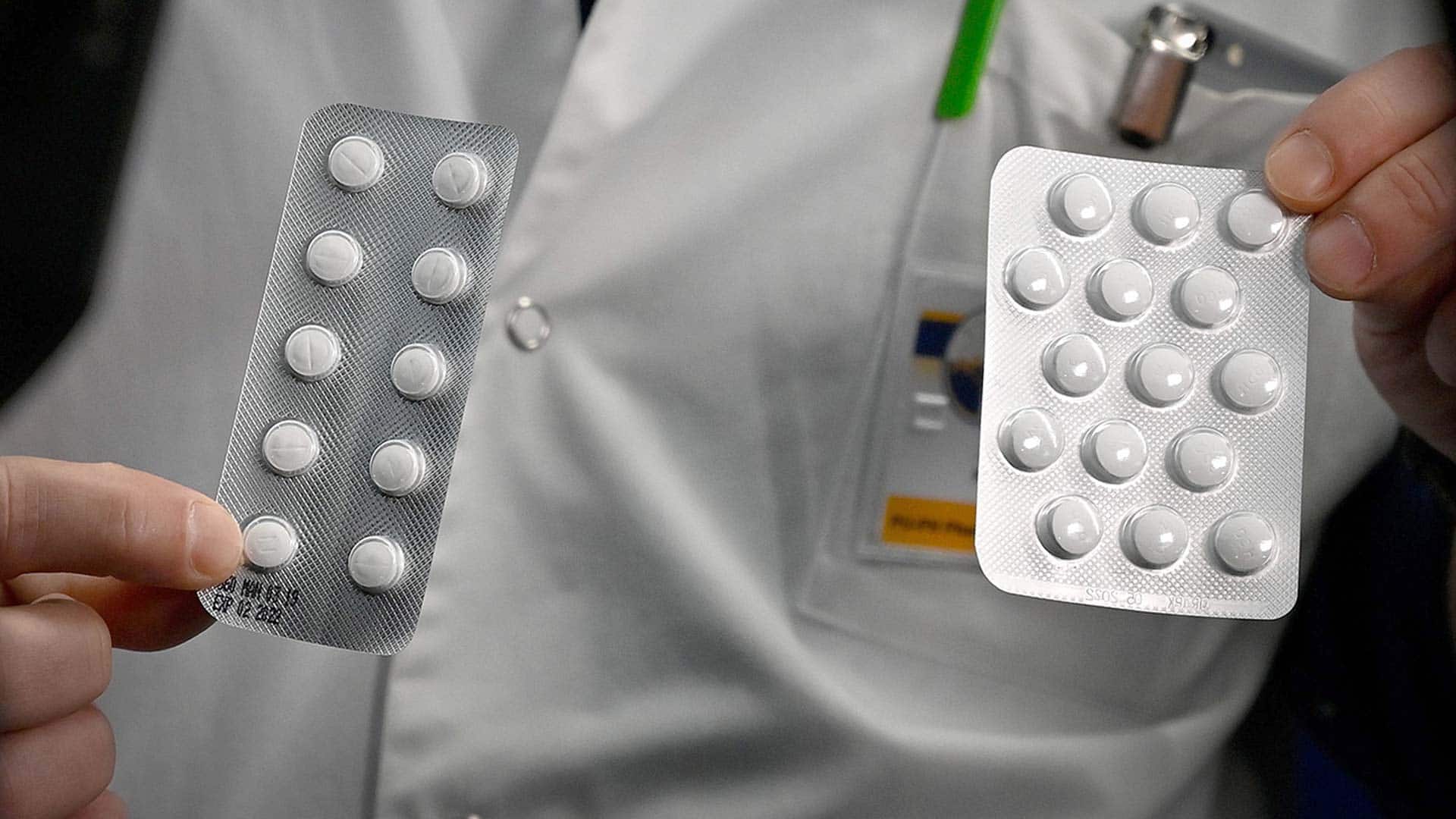 7 months ago
2:04
Doctors are warning people about self-medicating for COVID-19 with an ingredient in an anti-malaria treatment that's been touted by U.S. President Donald Trump — chloroquine. 2:04

Now, dozens of studies are happening worldwide, including in Calgary and Montreal. That's while some hospitals also use it on a case-by-case basis.

One Toronto doctor assigned to a COVID-19 ward said his hospital isn't using it — but it's being offered elsewhere in Canada.

"I do know that some institutions are using it, and some are not. Some are combining it with antiviral drugs," said David Juurlink, head of clinical pharmacology at Sunnybrook Health Sciences Centre in Toronto.

He says the debate should be cleared up soon, given the number of experiments underway.

"I think that if we are having this conversation a month from now, we are going to have more information about what works and what doesn't."

His own expectations are mixed.

On the one hand, Juurlink said, "There's reason for optimism." However, he has three significant caveats about the drug.

The first is one he shares with Dr. Anthony Fauci, the director of the U.S. National Institute of Allergy and Infectious Diseases who has tussled with White House officials: that the evidence presented so far is weak.

Second, Juurlink said that because of possible side-effects, he wouldn't even consider using it for most people — only hospitalized patients in worsening condition.

When used to treat chronic conditions, side-effects can include nausea, skin irritation and pigment changes, and with prolonged use, damage to the retina, although the latter is rare.

Juurlink's third caveat is that he suspects that if the drug does yield results, they won't be dramatic. Trump has suggested it works "unbelievably" well.

"If it was a real home run, we would know by now."

One thing he's adamant about is his view that Trump should avoid boosting untested medicine.

"His promotion of this drug is dangerous," Juurlink said. "He knows nothing about clinical medicine."

While some have questioned whether Trump has any financial interest in promoting it, investigations by U.S. media have shown he has only a tiny stake — worth a maximum of $1,305 — through a mutual fund.

The New York Times, which first reported his small stake in French company Sanofi, said some Trump associates might also have investments in companies that make the drug.

What the tests show so far

Scientists don't yet know how exactly the drug acts on the virus and its symptoms. Some research has suggested it prevents the virus from fusing with cells inside the body. Another possibility is that it targets the immune response that doctors think is partly responsible for inhibiting lung function in COVID-19 patients.

In France, a study of the drug has triggered hope — and criticism. It was a non-randomized, non-peer-reviewed study run by a team that included a controversial doctor known for once declaring that drinking up to four glasses of wine per day boosts life expectancy.

In this study, researchers chose 42 patients with COVID-19. They gave hydroxychloroquine to 26 of them who agreed. Six of the 26 getting the drug were left out of the final results because they either moved into intensive care or dropped out for other reasons. Of the final 20 patients, nearly three-quarters were virologically cured after six days; only two of the 16 who didn't get hydroxychloroquine fared as well.

A small initial study of 30 COVID-19 patients by researchers at Shanghai's Public Health Clinical Centre produced no clear result. After seven days, the control group and hydroxychloroquine group had about the same rate of people testing negative for COVID-19.

In a lab experiment, researchers from the Chinese Academy of Sciences in Wuhan and the Beijing Institute of Pharmacology found chloroquine was "highly effective" in limiting the in-vitro spread of COVID-19. The authors called for human trials.

Amid a surge of international testing, Canadian companies that make or import the drug are working to ramp up supply.

Apotex has plans to double its production.

Montreal-based importer Orimed Pharma has announced plans to give one million doses to Canadian hospitals.

Managing director Bruno Mäder said the company's supply is imported from India and usually sells for 16 cents a pill — but international prices are now rising.

India had imposed an export ban. After a threat from Trump, India agreed to allow some exports.

Mäder repeated several times in an interview that he was not making unauthorized claims about the drug.

Unlike the president of the United States, pharmaceutical companies in Canada are not allowed to promote a medicine for off-label purposes.

"We're not making a judgment on [this]," said Mäder. "We leave it to [health workers'] good judgment."