A new report details multiple instances of U.S. President Donald Trump making disparaging remarks about members of the U.S. military who have been captured or killed, including referring to American war dead at the Aisne-Marne American Cemetery in France in 2018 as "losers" and "suckers."

The president and his allies have dismissed the report in The Atlantic magazine as false.

The report, attributed to anonymous sources, outlined multiple instances of Trump making disparaging remarks about members of the U.S. military who have been captured or killed, including referring to the American war dead at the Aisne-Marne American Cemetery in France in 2018 as "losers" and "suckers."

A senior Defence Department official with firsthand knowledge of events and a senior U.S. Marine Corps officer who was told about Trump's comments confirmed some of the remarks to The Associated Press, including the 2018 cemetery comments.

Voice cracking, Biden told reporters Friday that "you know in your gut" Trump's comments, if true, are "deplorable."

"I've just never been as disappointed, in my whole career, with a leader that I've worked with, president or otherwise," Biden said. "If the article is true — and it appears to be, based on other things he's said — it is absolutely damning. It is a disgrace." 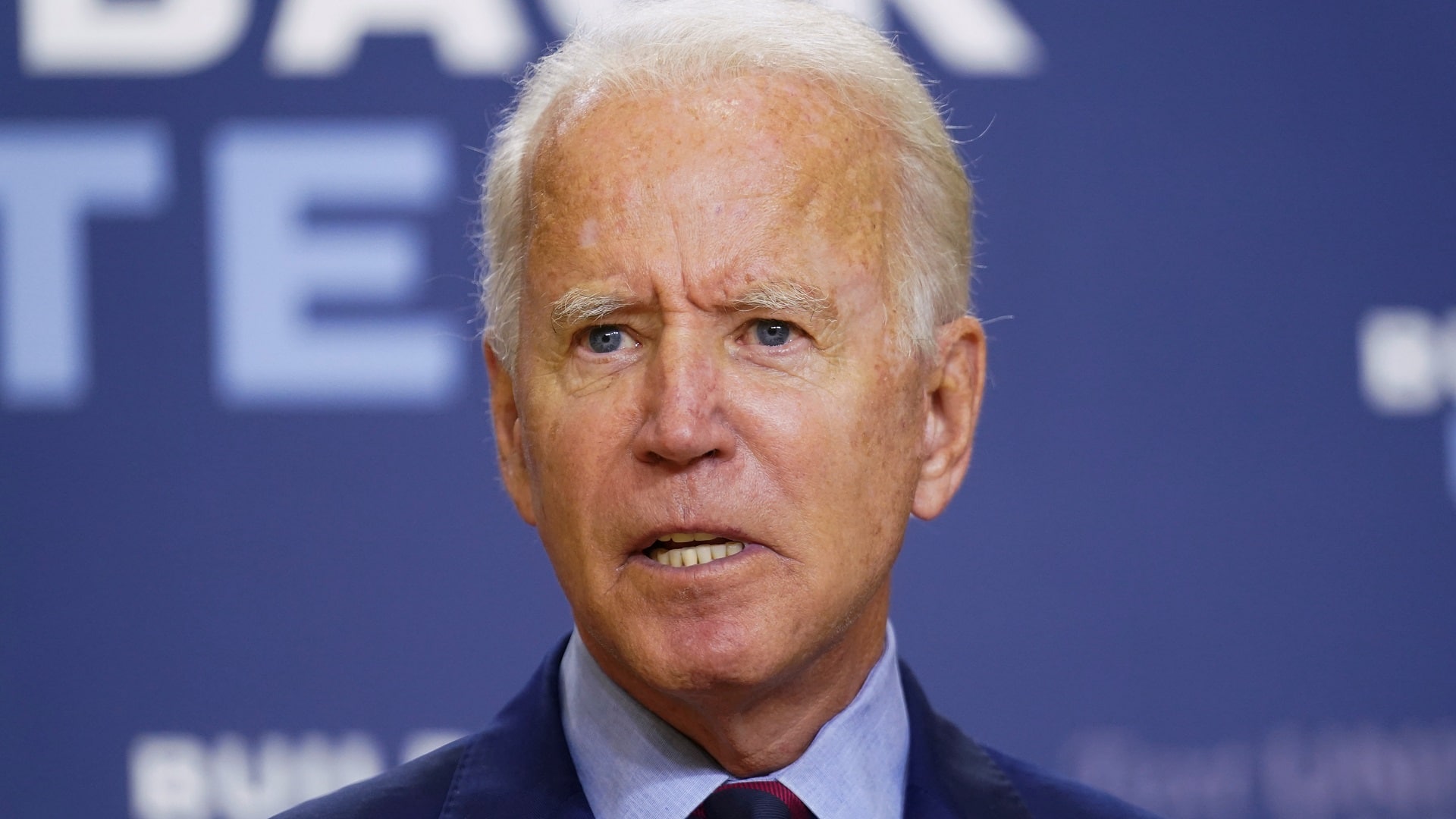 'If what is written in The Atlantic is true, it's disgusting,' Biden says

He said that "the president should humbly apologize to every Gold Star mother and father, to every Blue Star family that he's denigrated ... Who the heck does he think he is?"

The defence officials said Trump made the comments as he begged off visiting the cemetery outside Paris during a meeting following his presidential daily briefing on the morning of Nov. 10, 2018.

Staffers from the National Security Council and the Secret Service told Trump that rainy weather made helicopter travel to the cemetery risky, but they could drive there. Trump responded by saying he didn't want to visit the cemetery because it was "filled with losers," the official said, speaking on condition of anonymity because the official was not authorized to discuss it publicly.

At the time, the White House blamed the cancelled visit on poor weather.

Speaking to reporters aboard Air Force One as they returned to Washington from a campaign rally in Pennsylvania, Trump said, "What animal would say such a thing?"

On Friday in the Oval Office, Trump again denied ever uttering such comments.

White House chief of staff Mark Meadows said, "It's sad the depths that people will go to during a lead-up to a presidential campaign to try to smear somebody."

Secretary of State Mike Pompeo told Fox & Friends on Friday that he was with the president for a good part of the trip to France.

"I never heard him use the words that are described in that article," Pompeo said.

From the start, Biden has framed the election as a referendum on Trump's character. His allies quickly seized on the report in hopes that the alleged comments could drive a wedge between Trump and military families and veterans.

They also believe that the issue could help win over disaffected Republican voters who are fed up with Trump's constant controversies.

Biden's critique was also personal. The former vice-president often speaks about his pride for his late son Beau's service in the Delaware Army National Guard.

As he spoke, Biden grew angry, raising his voice to rebut Trump's alleged comments that Marines who died in battle were "suckers" for being killed.

"When my son was an assistant U.S. attorney and he volunteered to go to Kosovo when the war was going on, as a civilian, he wasn't a sucker," Biden declared.

"When my son volunteered to join the United States military as the attorney general, he went to Iraq for a year, won the Bronze Star and other commendations, he wasn't a sucker!"

The Defence officials also confirmed to The AP reporting in The Atlantic that Trump on Memorial Day 2017 had gone with his chief of staff, John Kelly, to visit the Arlington Cemetery gravesite of Kelly's son, Robert, who was killed in 2010 in Afghanistan, and said to Kelly: "I don't get it. What was in it for them?"

Kelly has remained silent on The Atlantic's reporting, and when asked by reporters on Friday why he did not deny the allegations, Trump assailed Kelly's performance as chief of staff and suggested he could have been a source for the story.

"[Kelly] didn't do a good job, had no temperament, and ultimately, he was petered out.... He was exhausted," Trump said.

"I see anonymous, but it could've been a guy like a John Kelly because ... [of] what happened to him. He got eaten alive. He was unable to handle the pressure of this job."

The senior Marine Corps officer and The Atlantic, citing sources with firsthand knowledge, also reported that Trump said he didn't want to support the August 2018 funeral of Republican Sen. John McCain, a decorated Navy veteran who spent years as a Vietnam prisoner of war, because he was a "loser."

The magazine also reported that Trump was angered that flags were flown at half-staff after McCain's death, saying: "What the f--k are we doing that for? Guy was a f--king loser."

In 2015, shortly after launching his presidential campaign, Trump publicly blasted McCain, saying "He's not a war hero." He added, "I like people who weren't captured."

Trump acknowledged Thursday he was "never a fan" of McCain and disagreed with him, but said he still respected him and approved everything to do with his "first-class triple-A funeral" without hesitation because "I felt he deserved it."

The magazine said Trump also referred to former U.S. president George H.W. Bush as a "loser" because he was shot down by the Japanese as a Navy pilot in the Second World War.

Reaction to Trump from former Department of Homeland Security official:

Military families were broadly supportive of Trump in the 2016 election, and a Pew Research Center survey of veterans conducted in June of 2019 found overall that veterans were more supportive of Trump than the general public, and that roughly 60 per cent of the veterans polled identified as Republicans.

But a recent poll of just over 1,000 active-duty troops conducted by Military Times in partnership with the Institute for Veterans and Military Families at Syracuse University, indicated slippage from similar surveys four years ago.

The results of the poll released last week show that of those answering the question definitively, 41 per cent of respondents said they intended to vote for Biden, while 37 per cent selected Trump.

In 2016, 37 per cent of respondents said they had an unfavourable view of Trump, compared to 49.9 per cent now, the Military Times reported.