Republican presidential candidate Donald Trump's call to block Muslims from entering the United States is being met with a chorus of near-universal condemnation from across the country and around the globe. 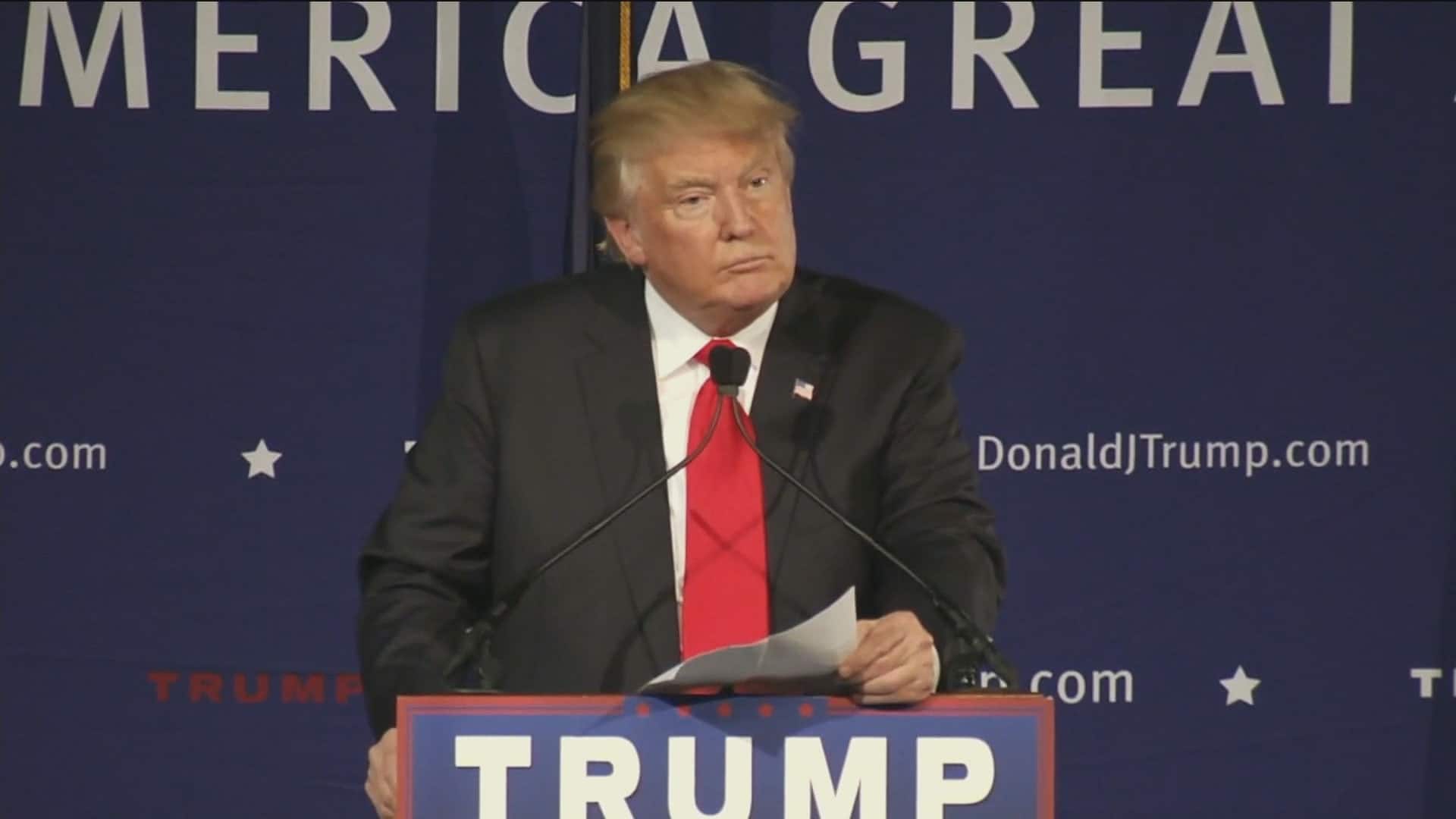 Republican presidential candidate Donald Trump's call to block Muslims from entering the United States is being met with a chorus of near-universal condemnation from across the country and around the globe.

From the halls of Congress to 10 Downing Street, Trump's statement Monday advocating a "total and complete shutdown of Muslims entering the United States" was blasted as bigoted, unconstitutional and potentially dangerous for American interests abroad.

British Prime Minister David Cameron, breaking the custom of British leaders not commenting on U.S. presidential contenders, slammed it as "divisive, unhelpful and quite simply wrong."

A UN spokesman said Secretary-General Ban Ki-moon denounced "any kind of rhetoric that relies on Islamophobia, xenophobia, any other appeal to hate any groups."

The Church of Jesus Christ of Latter-day Saints issued a statement in support of religious freedom.

Even Harry Potter author J.K. Rowling weighed in, decrying Trump on Twitter as worse than her fictional villain Lord Voldemort.

"This is not conservatism," Republican House Speaker Paul Ryan told reporters after a closed-door GOP caucus meeting. "What was proposed yesterday is not what this party stands for, and more importantly it's not what this country stands for."

Trump's campaign has been marked by a pattern of inflammatory statements, dating back to rhetoric that some Mexican immigrants, who entered the country illegally, are drug smugglers and rapists — but even that didn't evoke the same widespread level of contempt.

The billionaire businessman and former reality television star has maintained his lead in early opinion surveys, despite the controversies, vexing his Republican rivals and alarming a GOP establishment in panic over the damage they fear he's doing to a deeply divided party.

Trump, who appears to revel in the attention, didn't back down from his proposal Tuesday, saying that banning Muslims "until our country's representatives can figure out what the hell is going on" is warranted after last month's attacks by Muslim extremists in Paris and last week's shootings in San Bernardino, Calif.

"I don't care about them," Trump told CNN Tuesday in a telephone interview, when asked about denunciation by GOP leaders. He said the country needs to recognize that it's "at war."

Trump's proposed ban would apply to immigrants and visitors alike, a sweeping prohibition affecting adherents of a religion practiced by more than a billion people worldwide.

Trump clarified in a round of television interviews Tuesday that his proposed ban would not apply to American citizens travelling abroad and would allow exemptions for certain people, including the leaders of Middle Eastern countries and athletes for certain sporting events.

However, not specified in his list of exemptions, for example, are Pakistani activist Malala Yousafzai and the four civil society groups that led Tunisia's transition to democracy — all Muslim Nobel Peace Prize winners.

Since the Nov. 13 attacks in Paris that killed 130 people and wounded hundreds, some other Republican presidential contenders have proposed restrictions on refugees and tighter surveillance in the U.S. But Trump's proposal goes far further, prompting a new round of criticism.

Sen. Lindsey Graham said Trump's rhetoric risked inflaming tensions in the Middle East, playing into the recruiting strategy of Islamic State militants, who have framed their battle as a war between Islam and the West.

"He's putting our soldiers and diplomats at risk, he's empowering the enemy," said Graham, another GOP presidential contender, in an interview with CNN. Trump, he said, is making new enemies of people "who came to our side in Iraq and Afghanistan and who are under siege in their own countries."

Former Florida Gov. Jeb Bush, another Trump rival, suggested Trump's comments were helping violent extremists gain strength. "They want us to marginalize Muslims so that they move in their direction, rather than in ours."

Homeland Security Secretary Jeh Johnson also weighed in, telling MSNBC: "I believe that it's the responsibility of those of us in national security and homeland security, when a leading candidate for office proposes something that is irresponsible, probably illegal, unconstitutional, and contrary to international law, un-American, and will actually hurt our efforts at homeland security and national security, we have to speak out."

At the White House, press secretary Josh Earnest lambasted Trump's comments as "offensive and toxic" and called on his rivals to denounce their fellow candidate "right now."

"What he said is disqualifying," Earnest said. "Any Republican who's too fearful of the Republican base to admit it has no business serving as president, either."

'No different than FDR'

"What I'm doing is no different than FDR," Trump said on ABC's Good Morning America in one of a round of heated television interviews where he defended his plan in the wake of last week's California shooting spree by two Muslims who authorities said were radicalized.

"No, what I'm doing is no different from FDR." - Donald Trump on comparisons to Hitler

"We have no choice but to do this," he told ABC. "We have people that want to blow up our buildings, our cities. We have to figure out what's going on."

Trump said he did not support internment camps, which Roosevelt had set up during Second World War.

"I don't want to bring ... them back at all," Trump said on ABC. He added his plan had "tremendous support" from thousands of people who "just want to see something happen."

Polls have shown a stark divide between Republicans and Democrats in how they view Muslims. During past disputes with Republicans, Trump, a former Democrat, has pledged not to launch an independent bid outside of the party.

Also Tuesday, Trump denied an Associated Press report that he planned to visit the majority-Muslim kingdom of Jordan at the end of December.

Trump tweeted: "Despite my great respect for King Abdullah II, I will not be visiting Jordan at this time. This is in response to the false @AP report."