U.S. President Donald Trump's advice for the coronavirus, issued shortly before he made a controversial return to the White House, has left emergency room doctors, public health experts, survivors of the disease and those who have lost loved ones aghast.

U.S. president's standard of medical care at Walter Reed not shared by most Americans, epidemiologist says

Dizzy with a soaring fever and unable to breathe, Scott Sedlacek had one thing going for him: He was among the first people to be treated for COVID-19 at Seattle's Swedish Medical Center, and the doctors and nurses were able to give him plenty of attention.

The 64-year-old recovered after being treated with a bronchial nebulizer in March, but the ensuing months have done little to dull the trauma of his illness. Hearing of President Donald Trump's advice by tweet and video on Monday not to fear the disease — as well as the president's insistence on riding in a motorcade outside Walter Reed Medical Center and returning to the White House while still infectious — enraged him.

"I'm so glad that he appears to be doing well, that he has doctors who can give him experimental drugs that aren't available to the masses," Sedlacek said. "For the rest of us, who are trying to protect ourselves, that behaviour is an embarrassment."

COVID-19 has infected about 7.5 million Americans, leaving more than 210,000 dead and millions more unemployed, including Sedlacek. The U.S. has less than five per cent of the globe's population but more than 20 per cent of the official deaths, although reporting in several underdeveloped or autocratic countries is lax.

Yet the world's highest-profile coronavirus patient tweeted on Monday, as he was due to be released from the hospital following a three-day stay: "Don't be afraid of COVID. Don't let it dominate your life. We have developed, under the Trump Administration, some really great drugs & knowledge. I feel better than I did 20 years ago!" 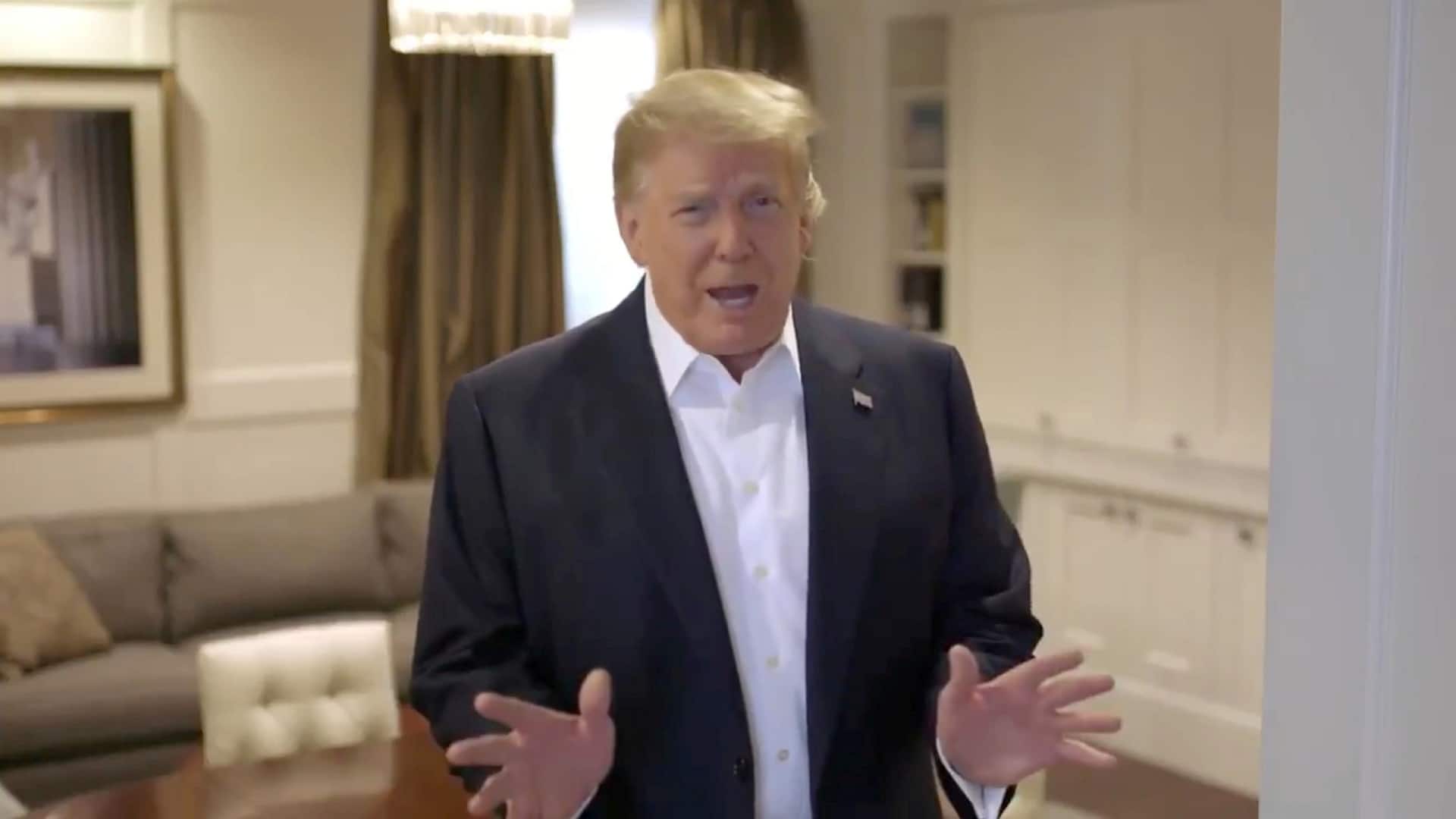 2 months agoVideo
6:39
According to Politico reporter Daniel Lippman, U.S. President Donald Trump's current messaging around the coronavirus could be 'deadly' for some people and damaging to his re-election chances. 6:39

He reiterated the message in a video Monday night, saying: "Be careful," but "don't let it dominate you."

The advice fit in with Trump's downplaying of the virus, his ridiculing of those who wear masks to protect themselves and others, and his insistence on holding rallies and White House events in contravention of federal guidelines. But emergency room doctors, public health experts, survivors of the disease and those who have lost loved ones were nevertheless aghast, saying his cavalier words were especially dangerous at a time when infections are on the rise in many places.

'He does not care about any of us'

Marc Papaj, a Seneca Nation member who lives in Orchard Park, N.Y., lost his mother, grandmother and aunt to COVID-19. He was finding it tough to follow the president's advice not to let the virus "dominate your life."

"The loss of my dearest family members will forever dominate my life in every way for all of my days," Papaj said.

"He does not care about any of us," he said of Trump. "He's feeling good."

Dr. Tien Vo, who has administered more than 40,000 coronavirus tests at his clinics in California's Imperial County, had this to say: "Oh, my Lord. That's a very bad recommendation from the president."

The county is a farming region along the Mexican border that, at one point, had California's highest infection rate. Its 180,000 residents are largely Latino and low-income, groups that have suffered disproportionately from the virus. Cases overwhelmed its two hospitals in May.

"The president has access to the best medical care in the world, along with a helicopter to transport him to the hospital as needed," Dr. Janet Baseman, an epidemiologist at the University of Washington's School of Public Health, wrote in an email. "The rest of us who don't have such ready access to care should continue to worry about COVID, which has killed a million people around the world in just a handful of months." 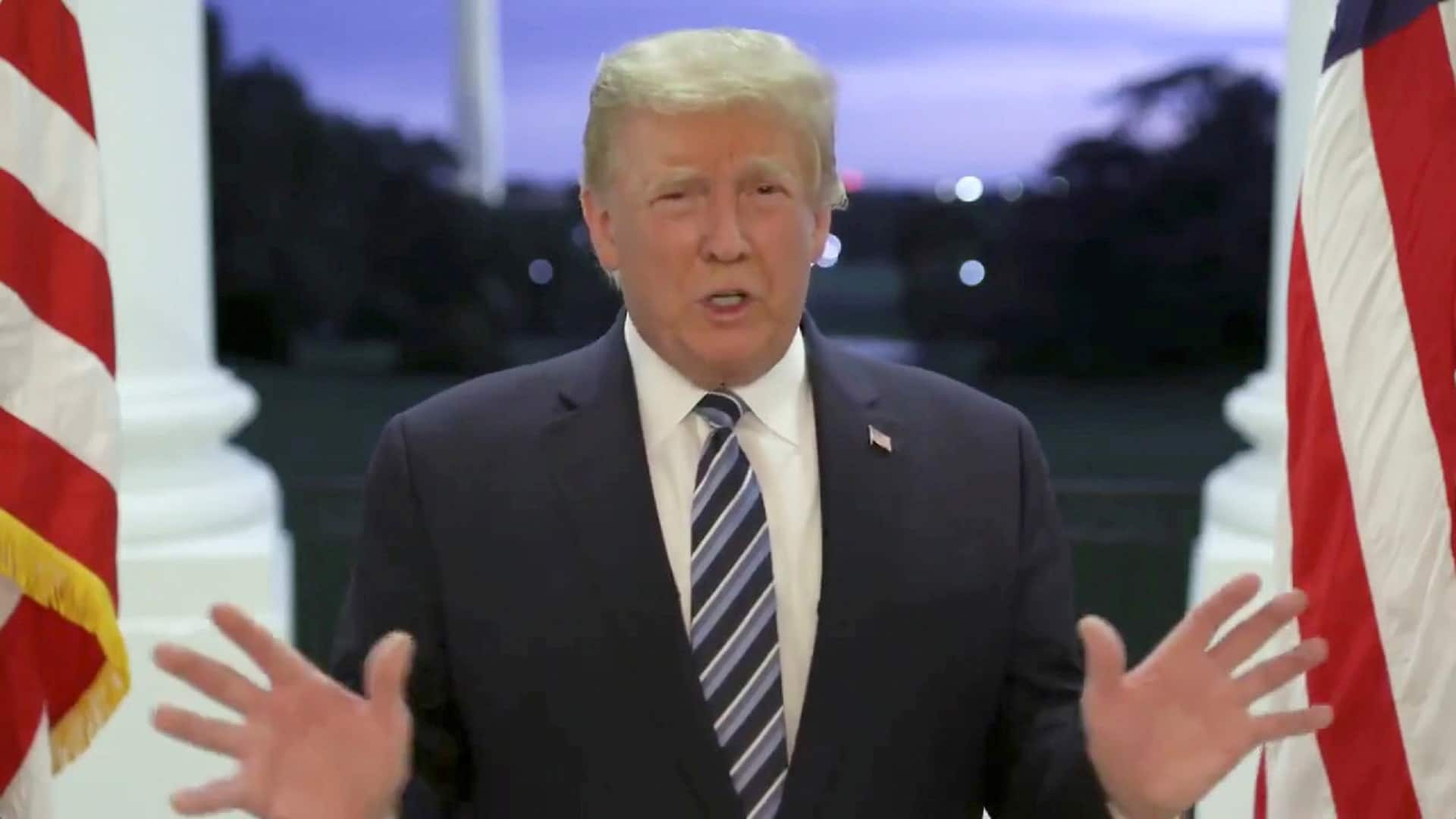 Some of Trump's supporters said they wouldn't be swayed by the White House outbreak: Wearing a mask is a choice, and to mandate its use limits freedom, said Melissa Blundo, chair of the "No Mask Nevada" PAC.

"I'm not saying the coronavirus isn't real. I'm not saying that it isn't a pandemic," she said. "I believe tuberculosis could be called a pandemic when it kills a person every 21 seconds, but we haven't shut down the entire world. I just find it interesting that we are taking this particular pandemic and shutting down economies."

Data from the U.S. Centers for Disease Control and Prevention shows 8,920 cases of tuberculosis in 2019. In 2017, the most recent year it reported deaths, 515 died from the bacterial lung infection.

Candy Boyd, the owner of Boyd Funeral Home in Los Angeles, which serves many Black families, said Trump's comments were infuriating and an "example of him not living in reality." The funeral home receives fewer virus victims now than it did in the spring, when it was several a day, but people continue to die, she said.

"We have people dying and this is a joke to him," Boyd said. "I don't take that lightly. This is sad. This is absurd."